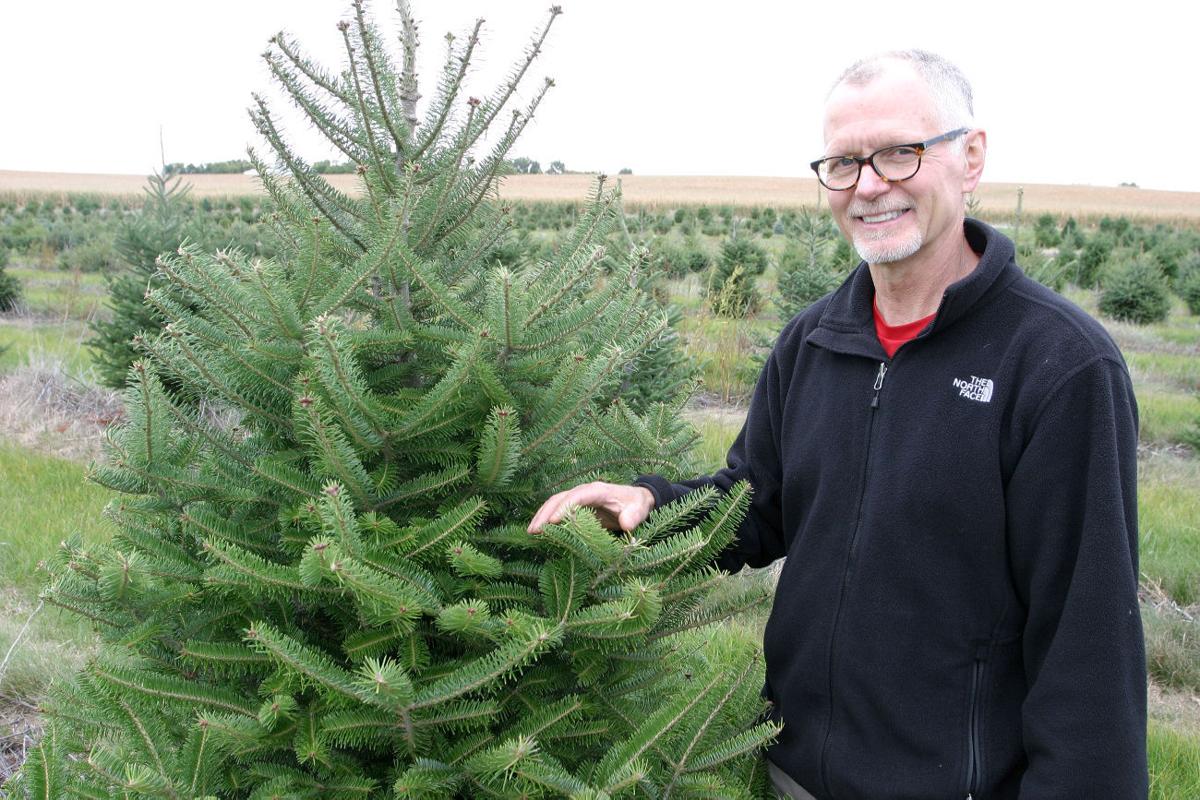 Ten years after he first planted evergreens on a 13.5-acre plot northwest of Hutchinson, Kerry Krueger is ready to start selling cut-your-own Christmas trees from the farm off of Vale Avenue, north of State Highway 22. 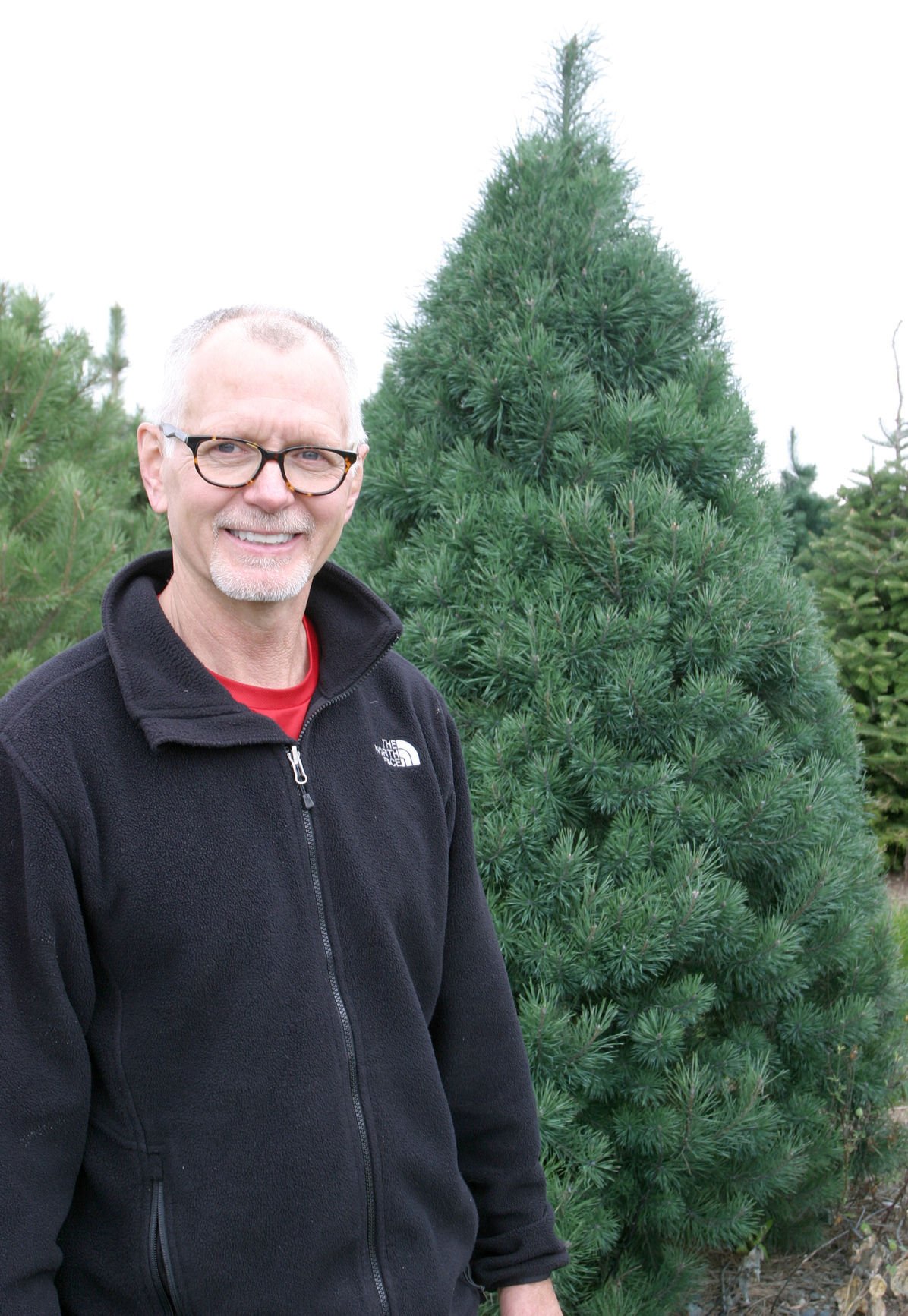 Some of the earliest trees planted on Kerry Krueger’s Christmas tree farm have grown into stately examples ready to harvest this season.

Ten years after he first planted evergreens on a 13.5-acre plot northwest of Hutchinson, Kerry Krueger is ready to start selling cut-your-own Christmas trees from the farm off of Vale Avenue, north of State Highway 22.

Some of the earliest trees planted on Kerry Krueger’s Christmas tree farm have grown into stately examples ready to harvest this season.

There were probably easier things Kerry Krueger could have done with the 13.5 acre, triangular-shaped plot of land his family owns along Vale Avenue, about three miles northwest of Hutchinson. Things that would have produced income sooner than a decade.

But he had grown to like the idea of a Christmas tree farm and began planting trees — by the hundreds. Today, 10,000 trees stand on the land sloping away from the road.

“That’s a good question,” he said with a laugh on a gray day earlier this fall as he strolled among the thousands of evergreens rising from the field.

Krueger attributes the idea to a man, John Zimmerman, he met near Waconia, who had such a farm there. The Kruegers, who now live in Waconia, were customers. It played into his sense of nostalgia.

“For me, I had grown up (in the Hutchinson area) always wanting real Christmas trees,” Krueger said. He recalled the many Christmas tree lots and retailers who added the trees during the holidays. Even the grocers sold trees outside their stores. Most are gone today, replaced by artificial trees sold at the big box retailers.

Krueger harvested a few trees last year, but this will be the first full season for Ktrees, a cut-your-own Christmas tree business. Many are five to eight feet tall. Krueger will tag trees that are ready to harvest and provide hand saws. Each will have a red and white price tag with prices determined by the height, specie and quality of the tree. Prices will generally range from $20 to $60. Trees with “sold” tags on them have already been selected by someone and should not be cut down.

Trees sold will be “shaked” and baled for customers unless temperatures are below 28 degrees when those processes can damage brittle trees.

“I have no idea what the interest is, but I think it would be a great family event,” he said. “Grandparents could bring their grandkids. I think a lot of the people will come by word of mouth.”

Krueger believes there is a back-to-nature wave going on that his operation can ride. Real trees have several benefits, he said. They are renewable and can be ground up and mulched at the end of the season. The city of Hutchinson collects the real trees at several sites throughout the city after the holidays for that purpose at Creekside Soils.

Another benefit is not having to store an artificial tree over the summer. And, there is nothing quite like the smell of a real tree in the living room.

The trees will be available for three weekends beginning the weekend after Thanksgiving, Nov. 28-29, through the first two weekends of December. Several species are available, including Frasier, Canaan and Balsam fir, and others.

Krueger also sells live trees for landscaping purposes, such as Black Hills and Colorade spruce, Norway spruce, Red and Burr oak and birch. More than 25 varieties were planted at the farm.

Krueger readily admits he had a lot to learn when he made the decision to start a tree farm. His son, Seth, has helped with the planting process, sitting on the planter drawn by a tractor Kerry drives. Seth set the young trees about five or six feet apart in a furrow. Initially, they planted small trees. They learned over the years that planting a bit bigger tree — about 18 inches to 24 inches tall — leads to a better chance of survival.

The trees are fertilized each year and they mow between the rows, which helps keep weeds down.

Two years ago, he invited tree expert Jan Donaldson to visit the tree farm and evaluate it. The study included assessing the potential market, analyzing variables and offering recommendations for the formulation of an overall strategy to maximize future profits. Donaldson likes the operation, but suggested Krueger had to be ready to plant about 20 percent more trees per year than he sells going forward to make up for loss and trees that just don’t work out.

This year was the best for growing Krueger has seen. Rain came in good amounts at the right time.

He has found caring for the trees on a regular basis is a good diversion from his desk job with Xcel Energy in the Twin Cities. The farm returns him to his roots and gets him outside working the land.

Ktrees is about three-quarters of a mile north of State Highway 7 on the east side of Vale Avenue. For more, visit the website www.ktreeschristmas.com.