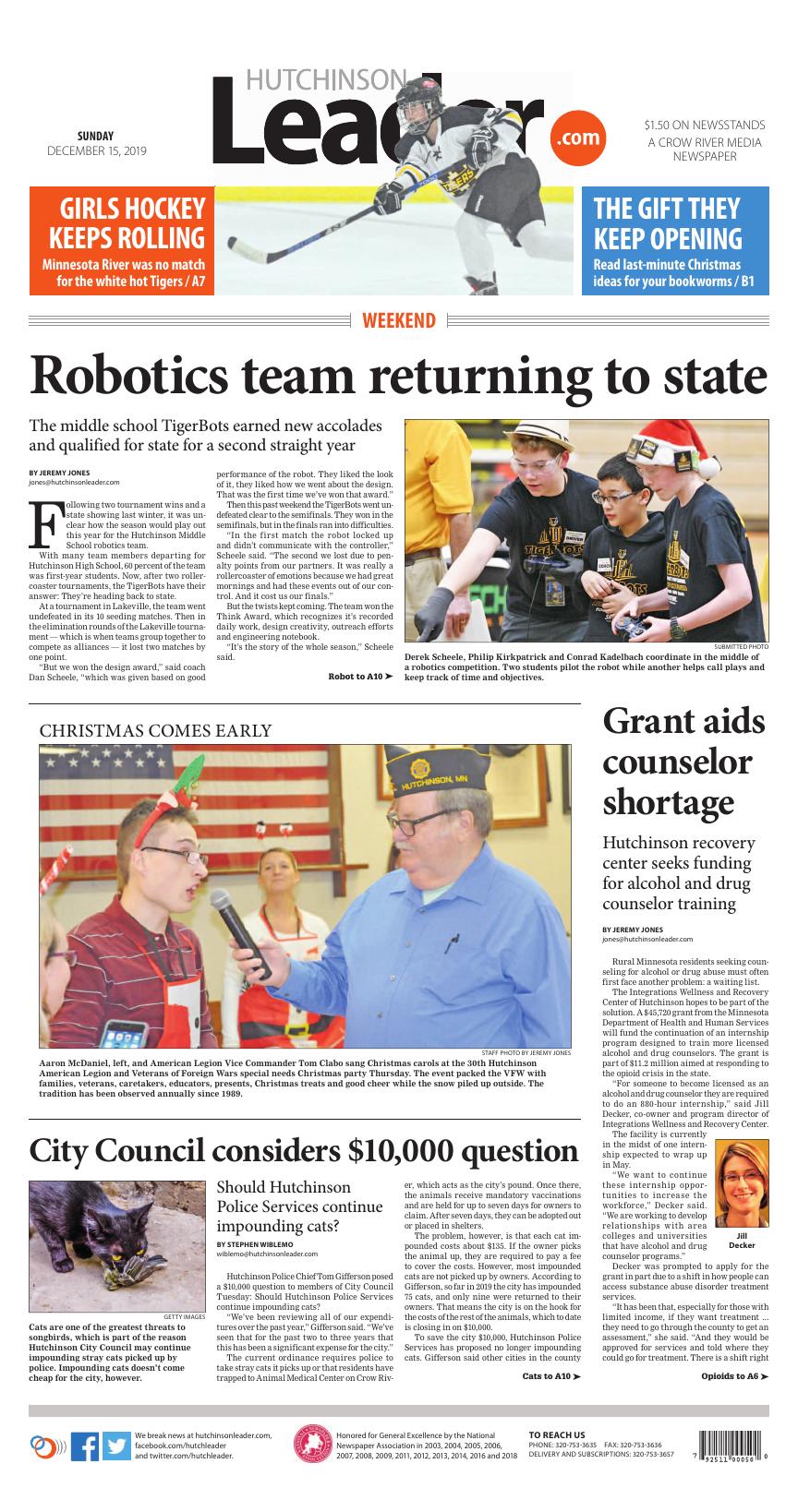 Derek Scheele, Philip Kirkpatrick and Conrad Kadelbach coordinate in the middle of a robotics competition. Two students pilot the robot while another helps call plays and keep track of time and objectives.

The TigerBots coordinate with an alliance member on the field. In robotics competition, robots are piloted to haul bricks to gather points.

Kasen Roling holds the TigerBots’ robot while speaking with a referee.

Following two tournament wins and a state showing last winter, it was unclear how the season would play out this year for the Hutchinson Middle School robotics team.

With many team members departing for Hutchinson High School, 60 percent of the team was first-year students. Now, after two rollercoaster tournaments, the TigerBots have their answer: They're heading back to state.

At a tournament in Lakeville, the team went undefeated in its 10 seeding matches. Then in the elimination rounds of the Lakeville tournament — which is when teams group together to compete as alliances — it lost two matches by one point.

"But we won the design award," said coach Dan Scheele, "which was given based on good performance of the robot. They liked the look of it, they liked how we went about the design. That was the first time we've won that award."

Then this past weekend the TigerBots went undefeated clear to the semifinals. They won in the semifinals, but in the finals ran into difficulties.

"In the first match the robot locked up and didn't communicate with the controller," Scheele said. "The second we lost due to penalty points from our partners. It was really a rollercoaster of emotions because we had great mornings and had these events out of our control. And it cost us our finals."

"It's the story of the whole season," Scheele said.

The TigerBots also won the Stratasys Award due to the number of 3D printed parts it uses on its robot. However, it was the Inspire Award that would change the game. Due to a combination of a strong team performance on the field and an impressive engineering notebook, the team was recognized with this third award.

"That's the thing that punched our ticket for the state tournament," Scheele said. "We were recognized for our good performance, even if we didn't win."

This is the first time the team, now in its fifth year, has won these awards. It also marks its second state showing.

"It's been a cool season that way," Scheele said. "A lot of it is to do with high school robotics members and committed parent (volunteers)."

But now the students have set their eyes to Feb. 7-8, which is when it will compete at the First Tech Challenge Minnesota State Tournament at the Washington Technology Magnet School in St. Paul. This past week they put their heads together to figure out what aspect of the robot to improve.

"I suspect we will work on trying to do even more with the autonomous rounds," Scheele said. "Mechanically, there are a few features we've had on the robot that we never really used to date, and they talked about ... making those fully functional before state."

The TigerBots will face 47 teams at state. Nine will advance to the World Festival in Detroit.

"They are all excited to try to earn the right to advance even beyond the state tournament," Scheele said. 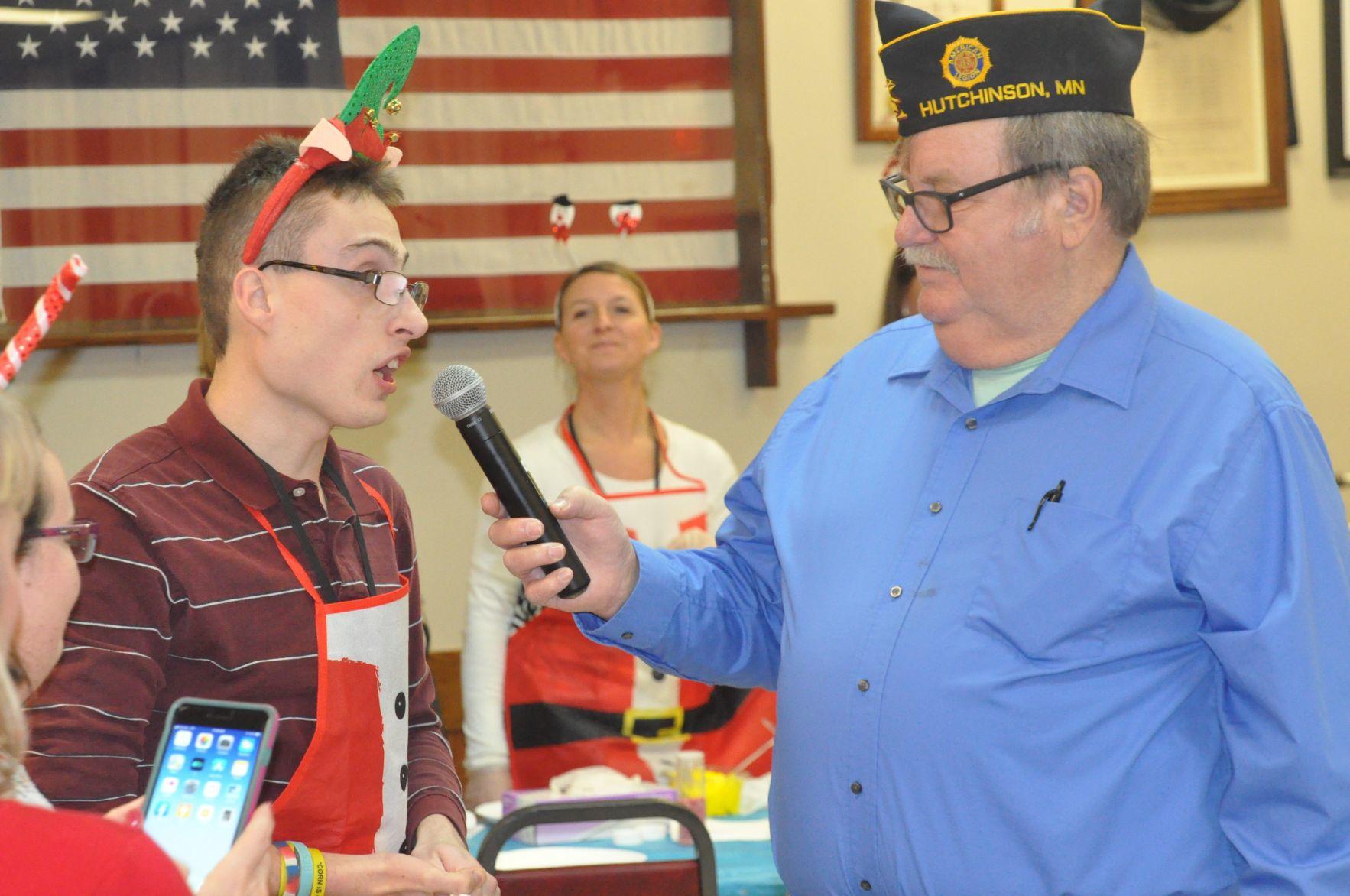 Cats are one of the greatest threats to songbirds, which is part of the reason Hutchinson City Council may continue impounding stray cats picked up by police. Impounding cats doesn’t come cheap for the city, however.

“We’ve been reviewing all of our expenditures over the past year,” Gifferson said. “We’ve seen that for the past two to three years that this has been a significant expense for the city.”

The current ordinance requires police to take stray cats it picks up or that residents have trapped to Animal Medical Center on Crow River, which acts as the city’s pound. Once there, the animals receive mandatory vaccinations and are held for up to seven days for owners to claim. After seven days, they can be adopted out or placed in shelters.

The problem, however, is that each cat impounded costs about $135. If the owner picks the animal up, they are required to pay a fee to cover the costs. However, most impounded cats are not picked up by owners. According to Gifferson, so far in 2019 the city has impounded 75 cats, and only nine were returned to their owners. That means the city is on the hook for the costs of the rest of the animals, which to date is closing in on $10,000.

To save the city $10,000, Hutchinson Police Services has proposed no longer impounding cats. Gifferson said other cities in the county such as Glencoe and Winsted do not impound cats. If a citizen catches a cat and brings it to law enforcement, they are told to release it.

“If we have nuisance animals, we are still going to address that,” Gifferson said. “So if we have 30 feral cats living under a shed somewhere, we are certainly going to address that. What I’m proposing is the one cat, or a certain citizen trapping cats in his backyard bringing them to us to impound, we would halt that practice.”

The issue is not the same for other animals such as dogs, Gifferson said. This is partly because dogs require fewer vaccinations, and therefore cost less to impound, but also because dogs are more likely to be reunited with their owners.

“The city is making a fairly significant payment,” Gifferson said, “and the benefactor is ultimately either the people who are adopting (the cats) or in some cases the agency that is adopting it out.”

The suggested changes to the ordinance would not affect licensing. Cats and dogs would still be required to be licensed, and if the owner of an at-large cat can be identified, they would still be cited. But stray cats would no longer be impounded.

“We still encourage citizens to license their animal or cat, because it’s one of the few ways we have to identify an owner,” Gifferson said.

Council members were undecided on the request. Some felt changing the ordinance on a trial basis would be a good decision, while others were less sure.

“We’ve been used to doing it this way, why not give it a chance to see what happens the other direction?” Council Member Dave Sebesta said.

“My concern is two things: One, we’ll be increasing the number of cats that are loose out there. And then two, cats are one of the biggest predators or issues with songbirds,” Council Member Steve Cook said. “You can look it up and find it in multiple places. For those reasons, I’m in favor of keeping it the way it is, even though it’s expensive.”

“I guess I side with Steve in saying cats are predators of our birds. That’s what cats do,” Council Member Mary Christensen said. “But I also don’t want us to end up with a bunch of feral cats running around our city. We already have a turkey problem, we don’t need a cat problem.”

In the end, it was determined to not act on the issue immediately, but wait to hear public opinion on the matter.

“Let’s find out from the citizens what they really want us to do,” Christensen said.

Hutchinson City Code requires animal owners to license their pets on an annual basis. Licenses can be applied for at the Hutchinson Police Station and cost $10, but that fee is waived if the owner provides proof the animal is neutered or microchipped.

Licensed animals picked up and identified by police are often returned to their owners with little or no expense.

Unlicensed animals are impounded at Animal Medical Center on Crow River, where the first-day intake fee is $35, fees increase each day after. Owners of unlicensed animals could also potentially be cited, not including impounding fees.

The Integrations Wellness and Recovery Center of Hutchinson hopes to be part of the solution. A $45,720 grant from the Minnesota Department of Health and Human Services will fund the continuation of an internship program designed to train more licensed alcohol and drug counselors. The grant is part of $11.2 million aimed at responding to the opioid crisis in the state.

"For someone to become licensed as an alcohol and drug counselor they are required to do an 880-hour internship," said Jill Decker, co-owner and program director of Integrations Wellness and Recovery Center.

The facility is currently in the midst of one internship expected to wrap up in May.

"We want to continue these internship opportunities to increase the workforce," Decker said. "We are working to develop relationships with area colleges and universities that have alcohol and drug counselor programs."

Decker was prompted to apply for the grant in part due to a shift in how people can access substance abuse disorder treatment services.

"It has been that, especially for those with limited income, if they want treatment ... they need to go through the county to get an assessment," she said. "And they would be approved for services and told where they could go for treatment. There is a shift right now to move to a more direct access mode ... just like if you had a physical health issue."

Decker said the Integrated Wellness and Recovery Center has room for 16 clients, and the program is not currently full. But there is still a waiting list to get people in because of the amount of time necessary for assessments. While she sees shifting the process as beneficial, Decker said the shortage of counselors needs to be addressed if wait times are to be shortened in rural Minnesota. When Decker wrote the grant, she found the most recent data from 2016 showed McLeod, Meeker and Sibley counties each had five or fewer licensed alcohol and drug counselors, making each a recognized professional shortage area.

With the grant money, Decker plans to offer another internship starting in the fall 2020 semester, increase her own proficiency as a supervisor and develop school outreach.

McLeod County Board Member Paul Wright, who often cites mental health, drug and alcohol issues as placing an ongoing strain on county finances and resources, said he was glad DHS acknowledged the need for further assistance in rural areas.

However, he said, it highlights how the county, state and federal government continue to spend money in law enforcement, the court system and social services to combat the opioid epidemic, while drug companies and distributors profit.

"They have made opioids readily available and are profiting by the millions of dollars," Wright said. "That's why McLeod County is involved in a lawsuit along with others across the nation to hold them accountable, instead of asking the government to continuously pay for the damages."

The county recently opted to stay in a class action lawsuit including local and state governments.

"I think there are enough units of government and the proof is there," Wright said.

He points to a statistic cited by the Center on Addiction, which says that the United States consumes 80 percent of the global opioid supply while accounting for five percent of the population.

"There isn't enough effort to control it," he said, "and in the meantime we consume state and federal funding to do what we can."

"It has been that, especially for those with limited income, if they want treatment ... they need to go through the county to get an assessment. And they would be approved for services and told where they could go for treatment. There is a shift right now to move to a more direct access mode ... just like if you had a physical health issue." 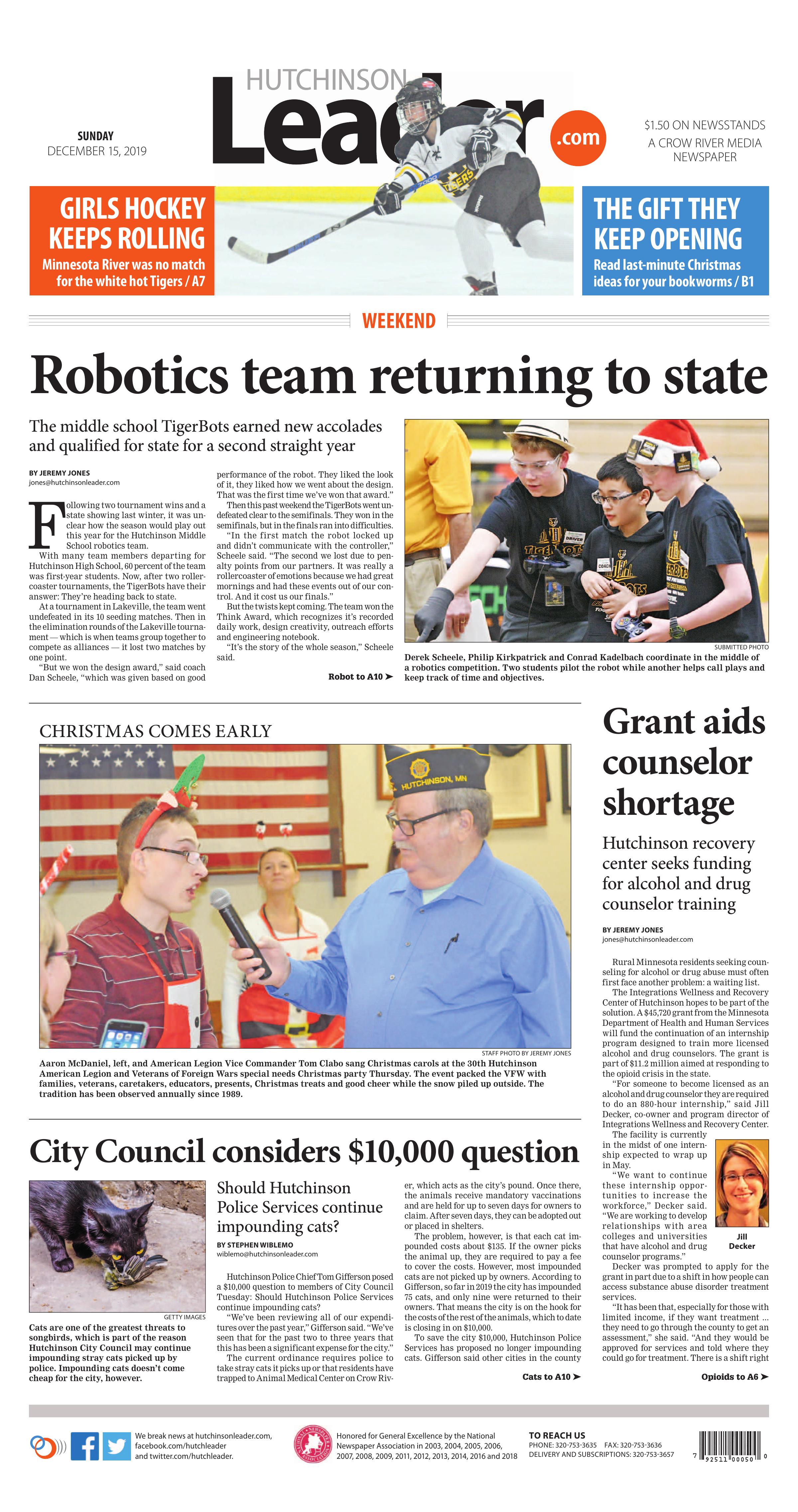