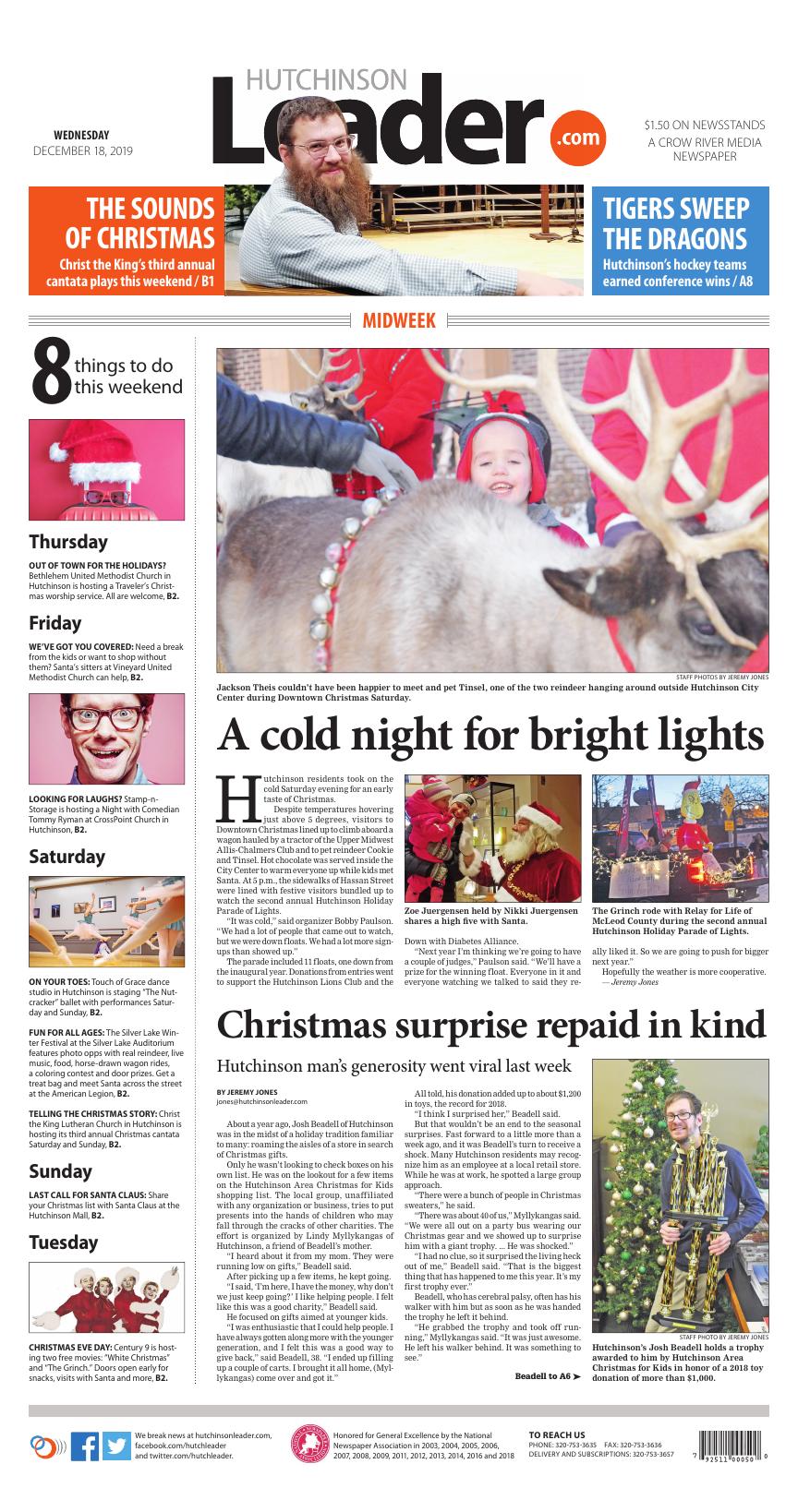 Jackson Theis couldn’t have been happier to meet and pet Tinsel, one of the two reindeer hanging around outside Hutchinson City Center during Downtown Christmas Saturday.

The Grinch rode with Relay for Life of McLeod County during the second annual Hutchinson Holiday Parade of Lights.

Hutchinson residents took on the cold Saturday evening for an early taste of Christmas.

Despite temperatures hovering just above 5 degrees, visitors to Downtown Christmas lined up to climb aboard a wagon hauled by a tractor of the Upper Midwest Allis-Chalmers Club and to pet reindeer Cookie and Tinsel. Hot chocolate was served inside the City Center to warm everyone up while kids met Santa. At 5 p.m., the sidewalks of Hassan Street were lined with festive visitors bundled up to watch the second annual Hutchinson Holiday Parade of Lights.

"It was cold," said organizer Bobby Paulson. "We had a lot of people that came out to watch, but we were down floats. We had a lot more sign-ups than showed up."

The parade included 11 floats, one down from the inaugural year. Donations from entries went to support the Hutchinson Lions Club and the Down with Diabetes Alliance.

"Next year I'm thinking we're going to have a couple of judges," Paulson said. "We'll have a prize for the winning float. Everyone in it and everyone watching we talked to said they really liked it. So we are going to push for bigger next year."

Hopefully the weather is more cooperative. 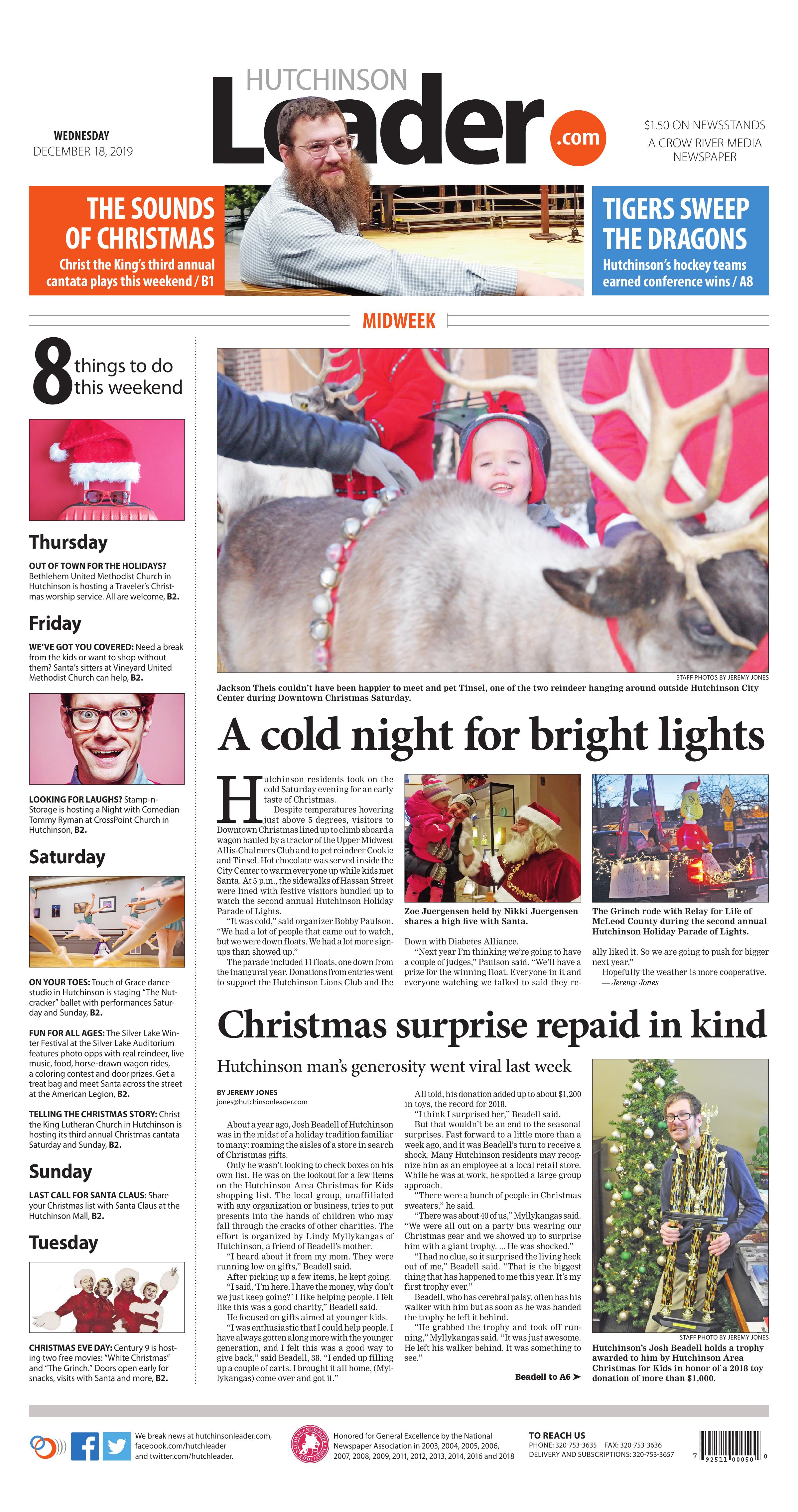