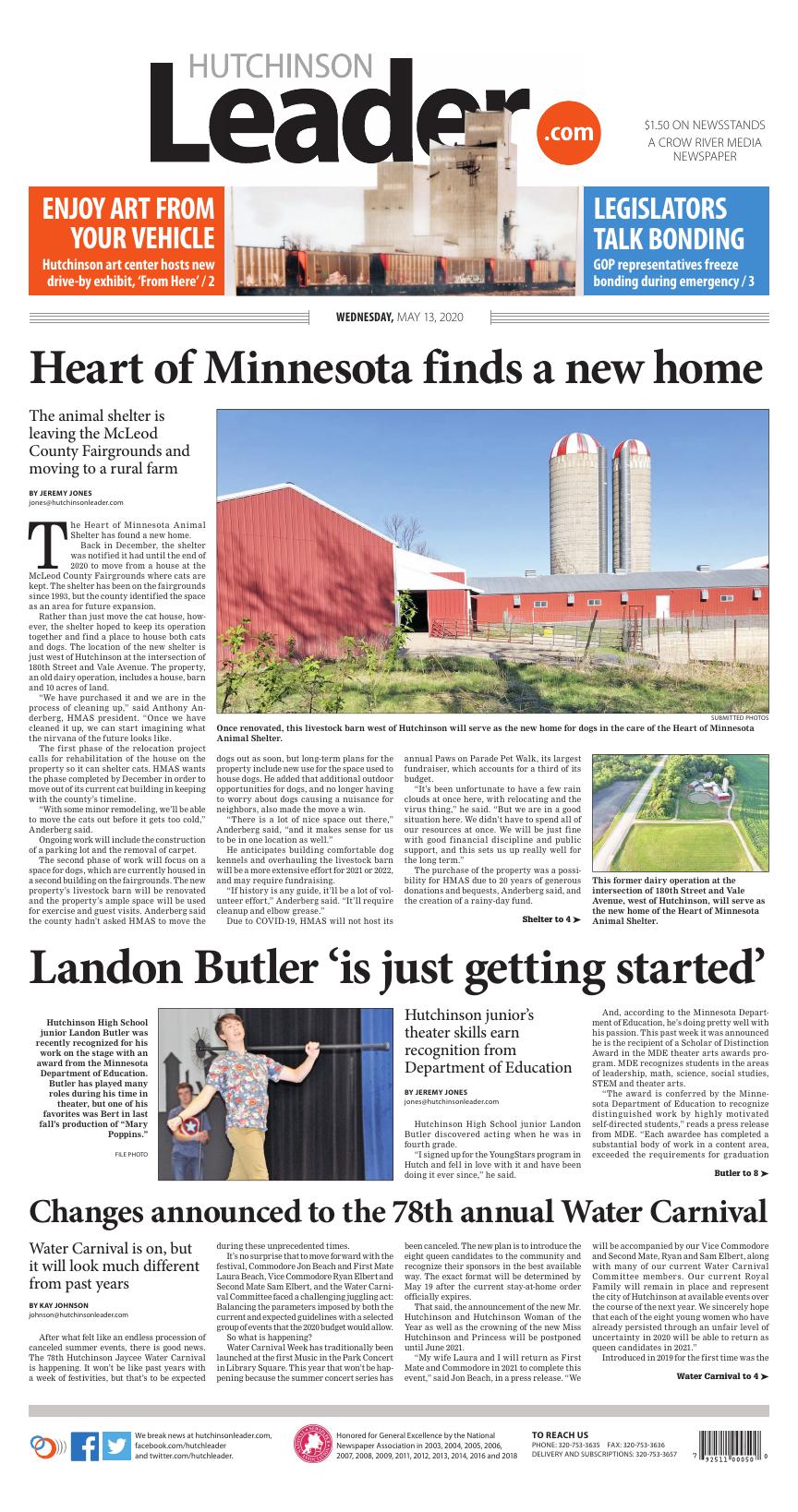 Once renovated, this livestock barn west of Hutchinson will serve as the new home for dogs in the care of the Heart of Minnesota Animal Shelter.

The Heart of Minnesota Animal Shelter has found a new home.

Back in December, the shelter was notified it had until the end of 2020 to move from a house at the McLeod County Fairgrounds where cats are kept. The shelter has been on the fairgrounds since 1993, but the county identified the space as an area for future expansion.

Rather than just move the cat house, however, the shelter hoped to keep its operation together and find a place to house both cats and dogs. The location of the new shelter is just west of Hutchinson at the intersection of 180th Street and Vale Avenue. The property, an old dairy operation, includes a house, barn and 10 acres of land.

"We have purchased it and we are in the process of cleaning up," said Anthony Anderberg, HMAS president. "Once we have cleaned it up, we can start imagining what the nirvana of the future looks like.

The first phase of the relocation project calls for rehabilitation of the house on the property so it can shelter cats. HMAS wants the phase completed by December in order to move out of its current cat building in keeping with the county's timeline.

"With some minor remodeling, we'll be able to move the cats out before it gets too cold," Anderberg said.

Ongoing work will include the construction of a parking lot and the removal of carpet.

The second phase of work will focus on a space for dogs, which are currently housed in a second building on the fairgrounds. The new property's livestock barn will be renovated and the property's ample space will be used for exercise and guest visits. Anderberg said the county hadn't asked HMAS to move the dogs out as soon, but long-term plans for the property include new use for the space used to house dogs. He added that additional outdoor opportunities for dogs, and no longer having to worry about dogs causing a nuisance for neighbors, also made the move a win. 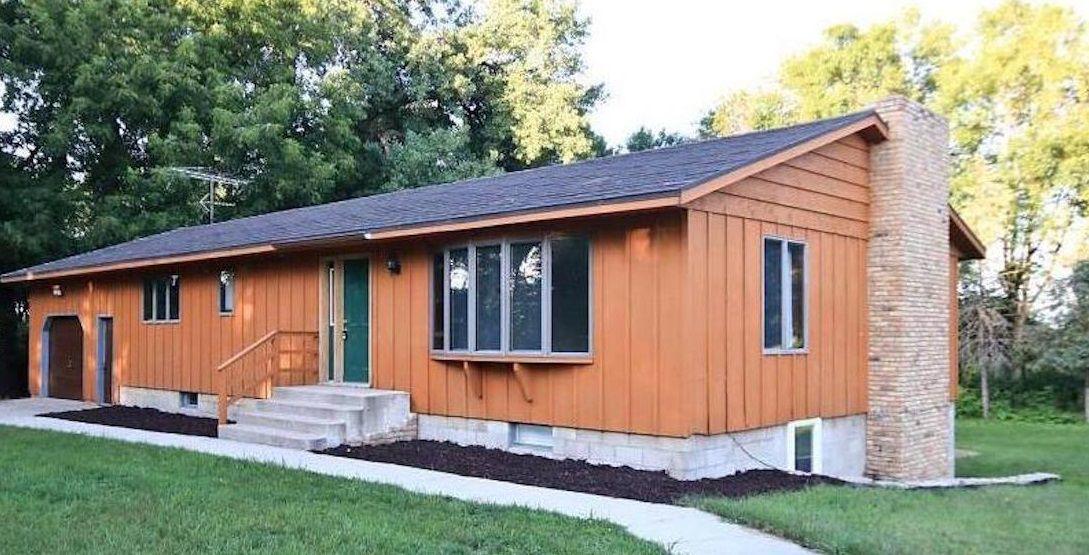 Cats in the care of the Heart of Minnesota Animal Shelter will soon have a new house.

"There is a lot of nice space out there," Anderberg said, "and it makes sense for us to be in one location as well."

He anticipates building comfortable dog kennels and overhauling the livestock barn will be a more extensive effort for 2021 or 2022, and may require fundraising.

"If history is any guide, it'll be a lot of volunteer effort," Anderberg said. "It'll require cleanup and elbow grease."

Due to COVID-19, HMAS will not host its annual Paws on Parade Pet Walk, its largest fundraiser, which accounts for a third of its budget.

"It's been unfortunate to have a few rain clouds at once here, with relocating and the virus thing," he said. "But we are in a good situation here. We didn't have to spend all of our resources at once. We will be just fine with good financial discipline and public support, and this sets us up really well for the long term."

The purchase of the property was a possibility for HMAS due to 20 years of generous donations and bequests, Anderberg said, and the creation of a rainy-day fund. 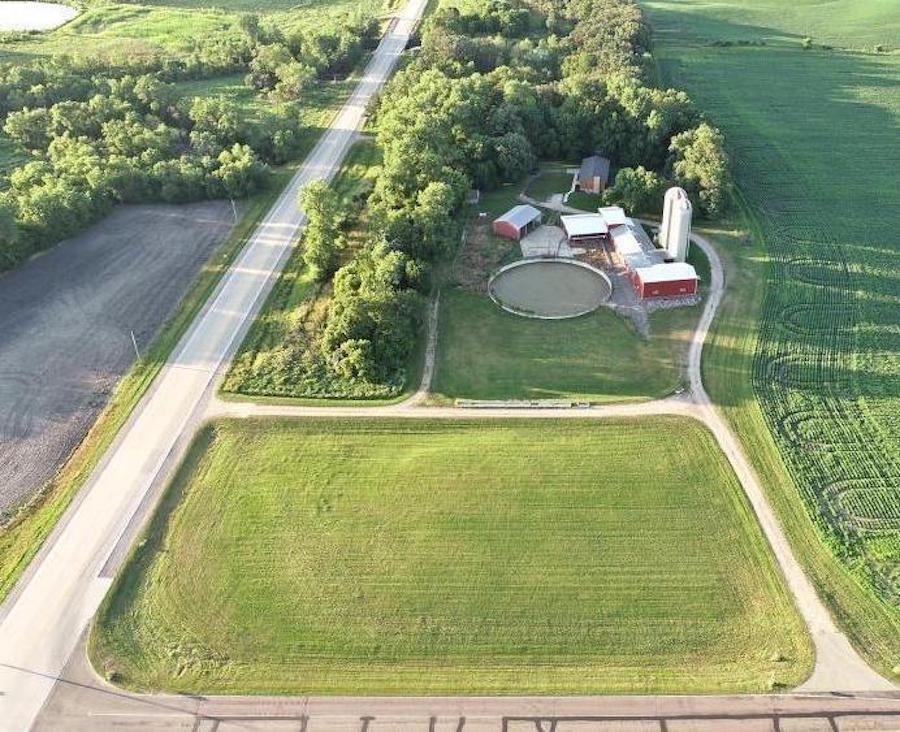 This former dairy operation at the intersection of 180th Street and Vale Avenue, west of Hutchinson, will serve as the new home of the Heart of Minnesota Animal Shelter.

"It didn't cover every bit of this, and we didn't use it all because we know that we're going to have quite a bit of unknown," Anderberg said.

Half of the cost of the purchase was made with a mortgage offered at a "good rate" by an individual.

"We are obligated to pay $1,400 a month, or something like that, for 10 years," Anderberg said. "With a $120,000 annual budget, its a nontrivial expense on top of everything else. It's a little bit scary being a nonprofit with a mortgage, but not so scary that we weren't able to jump into it."

"Having this much space will allow us to branch out and continue helping even more," Anderberg said. "We probably could have helped even more but there were times we were out of space."

Hutchinson High School junior Landon Butler was recently recognized for his work on the stage with an award from the Minnesota Department of Education. Butler has played many roles during his time in theater, but one of his favorites was Bert in last fall’s production of “Mary Poppins.”

"I signed up for the YoungStars program in Hutch and fell in love with it and have been doing it ever since," he said.

And, according to the Minnesota Department of Education, he's doing pretty well with his passion. This past week it was announced he is the recipient of a Scholar of Distinction Award in the MDE theater arts awards program. MDE recognizes students in the areas of leadership, math, science, social studies, STEM and theater arts.

"The award is conferred by the Minnesota Department of Education to recognize distinguished work by highly motivated self-directed students," reads a press release from MDE. "Each awardee has completed a substantial body of work in a content area, exceeded the requirements for graduation standards, engaged in a rigorous course of study, and has completed an extraordinarily focused research project."

The award comes after an application process that began in December. After submitting a portfolio with work samples, his resume, analysis of plays and letters of recommendation, he was invited to perform for MDE. His accomplishments include his time as captain of the speech team, lead roles in musicals, community work and mentoring for the YoungStars program.

Butler was asked to perform a showcase for the committee in Minneapolis, but the response to COVID-19 canceled that plan.

"It ended up being a Zoom call," Butler said. "I performed two monologues for them and there was an interview asking a whole bunch of questions."

Two weeks later, he received a letter with his award. It comes with a medal and a distinction that will be included on his high school transcript.

"Landon has grown so much as an actor in the last three years," said Hutchinson High School social studies teacher Jason Olson, who coaches Butler in speech and directs him on stage. "He shows such a high level of curiosity with everything he does and makes those around him better. While his acting has grown, he has shown even greater development into becoming a leader of uncommon ability."

Butler performs in three shows a year: the school musical, one-act play and spring play. He also is involved behind the scenes in two YoungStars productions each year. He counts Bert in "Mary Poppins" as his biggest role.

"He was a lot of fun," Butler said. "A lot of dancing went into that. That was probably my favorite part. He's such an upbeat character, it was fun to play."

Last year, Butler was the first HHS student in 15 years to make it to the State Speech Tournament. This year he has qualified in the drama category for the Southern Minnesota District for the Minnesota Speech and Debate Association National Tournament, which will be held virtually in June.

"You would have to go back many decades since Hutch has had anybody qualify for this tournament. This would be back to some of the debate teams Hutch had 50 years ago," Olson said. "I truly believe he is just getting started."

"Landon has grown so much as an actor in the last three years. He shows such a high level of curiosity with everything he does and makes those around him better. While his acting has grown, he has shown even greater development into becoming a leader of uncommon ability." 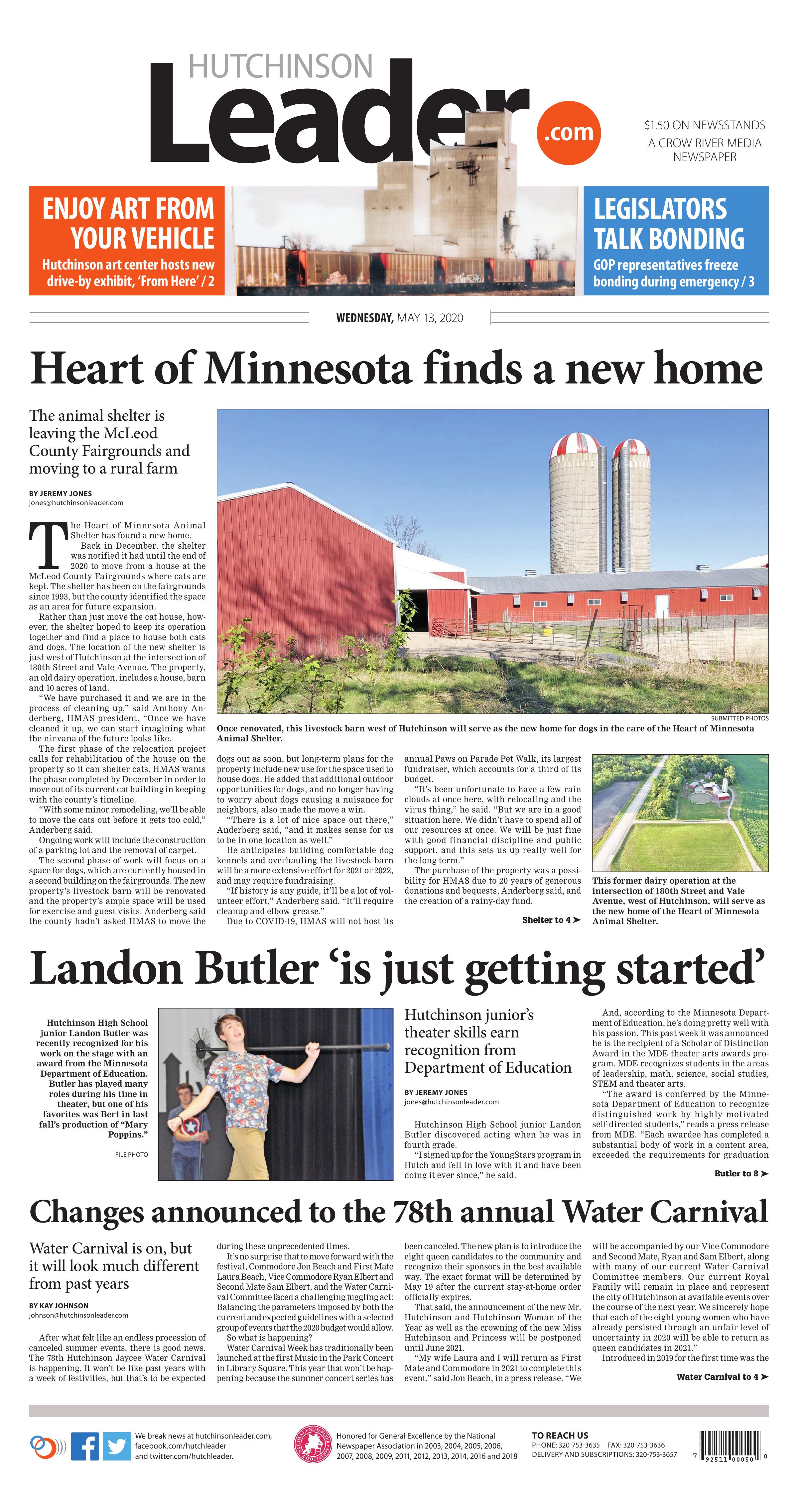