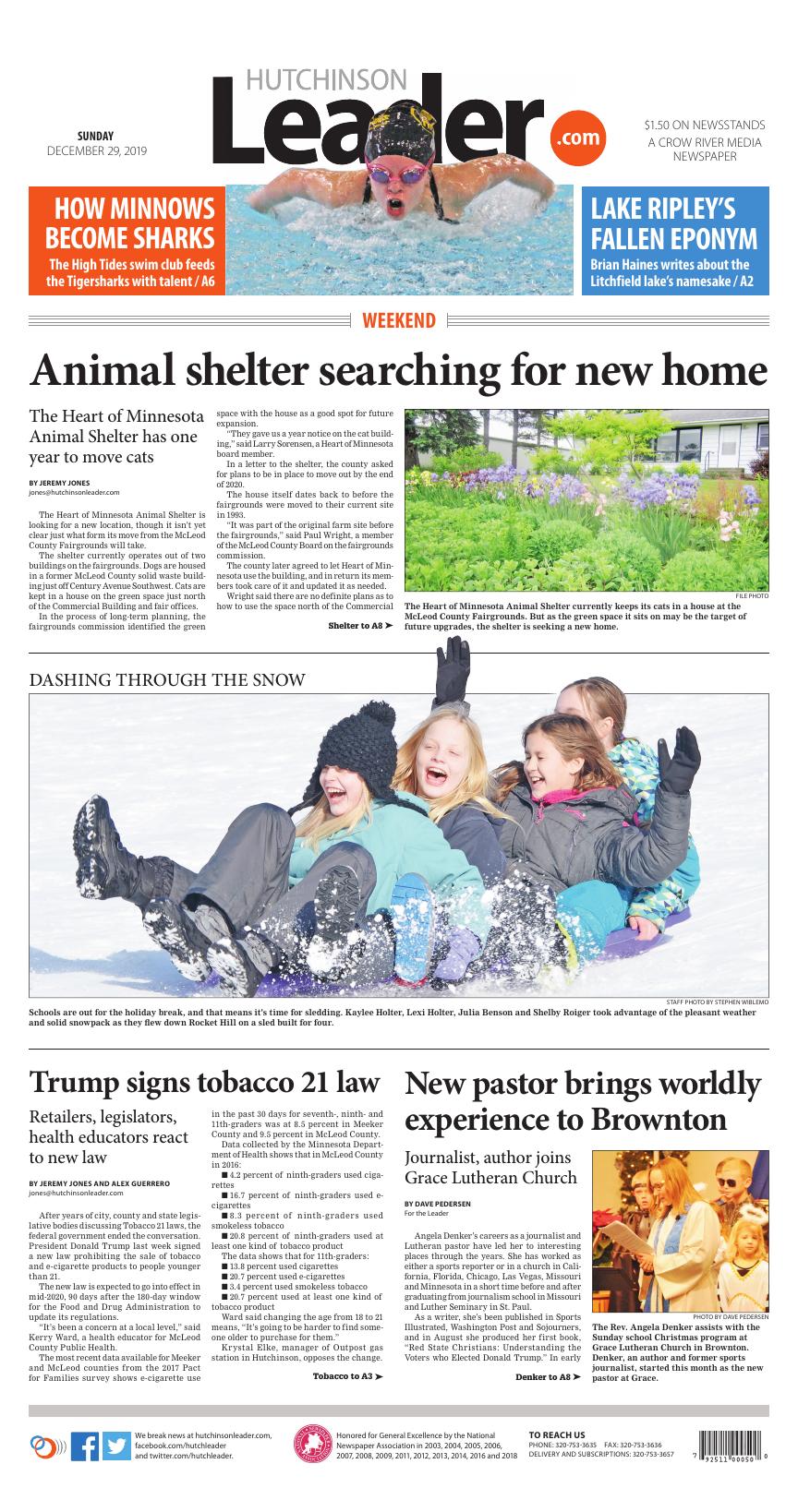 The Heart of Minnesota Animal Shelter currently keeps its cats in a house at the McLeod County Fairgrounds. But as the green space it sits on may be the target of future upgrades, the shelter is seeking a new home.

The Heart of Minnesota Animal Shelter is looking for a new location, though it isn't yet clear just what form its move from the McLeod County Fairgrounds will take.

The shelter currently operates out of two buildings on the fairgrounds. Dogs are housed in a former McLeod County solid waste building just off Century Avenue Southwest. Cats are kept in a house on the green space just north of the Commercial Building and fair offices.

In the process of long-term planning, the fairgrounds commission identified the green space with the house as a good spot for future expansion.

“They gave us a year notice on the cat building,” said Larry Sorensen, a Heart of Minnesota board member.

In a letter to the shelter, the county asked for plans to be in place to move out by the end of 2020.

The house itself dates back to before the fairgrounds were moved to their current site in 1993.

The county later agreed to let Heart of Minnesota use the building, and in return its members took care of it and updated it as needed.

Wright said there are no definite plans as to how to use the space north of the Commercial Building. Potential options include a green space or a site for an event center.

“There is nothing but just ideas at this point,” Wright said. “But the house itself doesn't really lend very well to the general appearance of the fairgrounds. The house is a little out of place. … We want to make it look nice.”

The commission's desire is to have the location open within a year to a year and a half, or to have a plan in place by that time to vacate it.

“(The shelter volunteers) are very well organized,” Wright said. “And they do a very necessary thing.”

He said the shelter provides service and coverage for a wide portion of rural Minnesota, as other shelters are not nearby.

“You go south and west of here and there isn't much,” Wright said.

As a farmer just southwest of Hutchinson, he said he sees firsthand the need for the shelter, as too often people drop off pets in the countryside in conditions that are dangerous or lethal for the animals.

“There is a (need) for them to be active,” Wright said. “We're just asking them to make plans to move so we don't have to make rash decisions down the road.”

Some Hutchinson residents have heard rumors that the shelter plans to close, or to close its services for cats. The concern was even brought up at a recent Hutchinson City Council meeting. But, Sorensen said, that is not the case.

“We are not shutting down,” he said.

What's certain is that Heart of Minnesota means to go forward with a plan to relocate. The question is what approach will be taken.

“We'd like to thank the county for the use of their buildings,” Sorensen said. “We had heard this was coming. We hoped to buy the dog building and add a wing on it for cats, but that didn't work out. The county wants to keep that property.”

It isn't possible to move the cats in with the dogs, as there are too many, and because the two animals don't always make great neighbors when they can hear each other. Sorensen said that while Heart of Minnesota looks for a new place for the cats, it will look into bringing the dogs along as well if there is a separate, appropriate space or wing.

The shelter is open to various options. If it can acquire land to build on, that is one option. If there is a building available, that may work as well. It is open to looking in town or out of town.

“If people have an idea or suggestion, we'll follow up on it,” Sorensen said.

Regardless of what options appear to be the most prudent, Heart of Minnesota expects it will need to raise money to purchase, build or rent.

“Hopefully we can accomplish that,” Sorensen said. “If we can't, I don't know what we'll do then.” 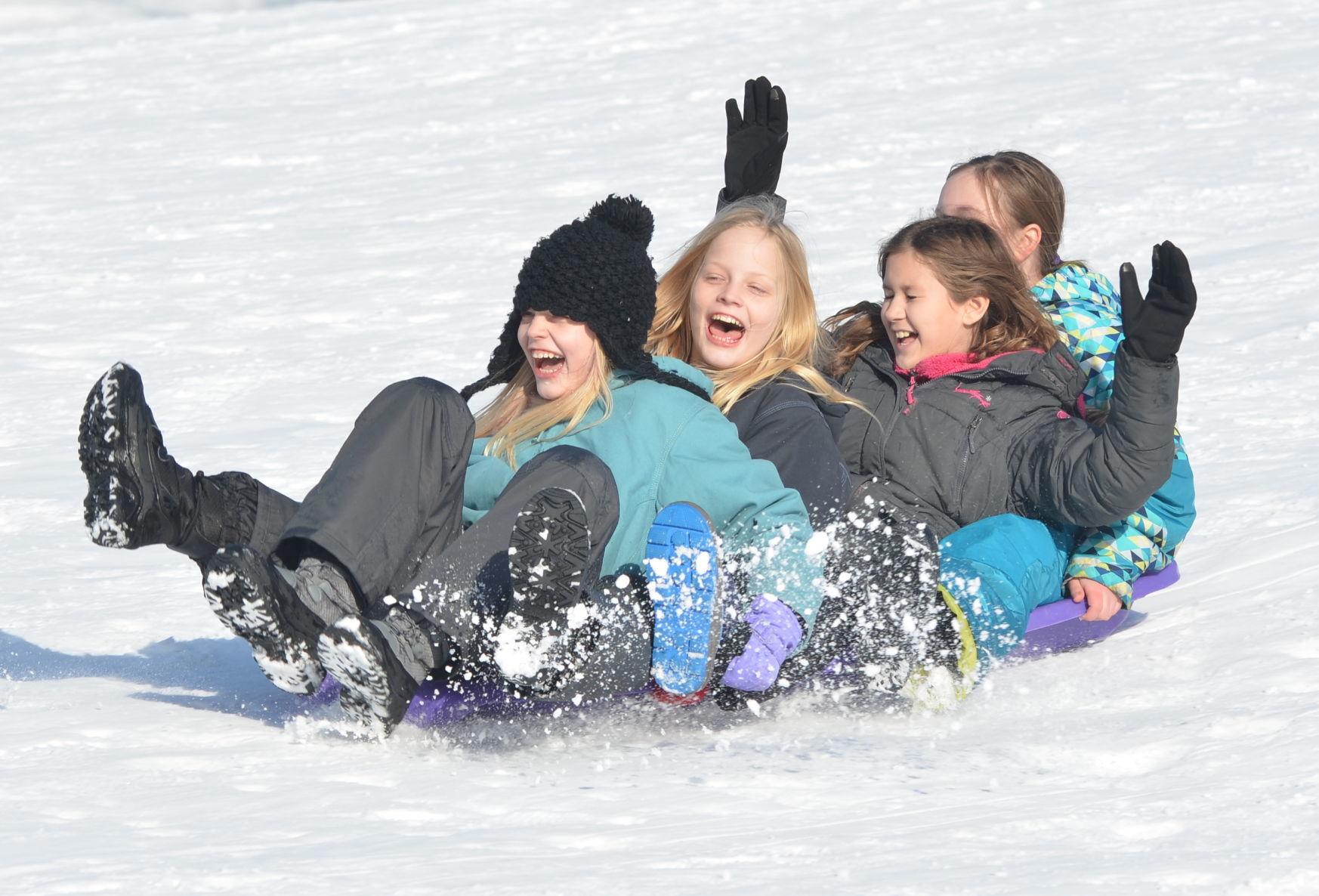 Dashing through the snow

Schools are out for the holiday break, and that means it’s time for sledding. Kaylee Holter, Lexi Holter, Julia Benson and Shelby Roiger took advantage of the pleasant weather and solid snowpack as they flew down Rocket Hill on a sled built for four.

The Rev. Angela Denker assists with the Sunday school Christmas program at Grace Lutheran Church in Brownton. Denker, an author and former sports journalist, started this month as the new pastor at Grace.

Angela Denker's careers as a journalist and Lutheran pastor have led her to interesting places through the years. She has worked as either a sports reporter or in a church in California, Florida, Chicago, Las Vegas, Missouri and Minnesota in a short time before and after graduating from journalism school in Missouri and Luther Seminary in St. Paul.

As a writer, she's been published in Sports Illustrated, Washington Post and Sojourners, and in August she produced her first book, "Red State Christians: Understanding the Voters who Elected Donald Trump." In early December she was interviewed live on CNN.

Despite national exposure and opportunity, Denker decided this month to accept a calling as the new pastor at Grace Lutheran Church in Brownton. The position will provide her a platform for her public writing ministry, and she will be able to tell the story of the Gospel in an explicit way, and not have to sneak it into an athlete profile.

“I always felt called to be a pastor,” said Denker, who started out as a high-profile sports writer and has composed a blog since 2014. “I think I shared a call in journalism and ministry as a sense of seeking for truth. As a journalist I was taught that I want to expose the truth to be a guardian of the people. As a pastor I still see my role as helping people to find truth. I just also believe that truth dwells in the life, death and resurrection of Jesus.”

After traveling to promote her book this past summer, Denker was talking to a friend from seminary, Joe Midthun, a pastor in Darwin and Watkins.

“I was telling Joe how I really missed the nuts and bolts of pastoral ministry, preaching, confirmation, baptism and caring for people in need,” said Denker. “Joe said I should look in the Southwestern Minnesota Synod where he served. I emailed Bishop Jon Anderson who told me about the opening in Brownton.”

Synod staff also reminded Denker how she was originally assigned to the synod after graduating from seminary in 2013. She was unaware of it because her husband, Ben, took a job in Chicago as a mechanical engineer and they moved to Illinois.

“Now I am here and it all worked out,” Denker said. “I just wanted to be in a smaller congregation where they had a lot of children with a variety of ages. A lot of the smaller, big city churches mostly have seniors.”

Denker said she wanted a three-quarter time position where she had time to write and be with her children. She called it a unique situation, one hard to find. Members at Grace said the same thing about trying to find a pastor to fit the situation. It was a match made in heaven.

“Being a solo pastor will allow me to do more ministries and not spend so much time in meetings or with staff supervision,” Denker said about a larger congregation. “I get to do more things central to the heart of the church.”

Denker will bring a wealth of experience in many different settings. For example, her internship in 2011 was in Las Vegas in a unique congregation that has five worship services, including a country western gospel service.

After graduating from Maple Grove High School where she excelled in basketball, volleyball and track, Denker earned a degree in magazine journalism at the University of Missouri.

She was an award-winning sports writer in Columbia, Missouri, when in college and took a summer internship to cover sports for the Minneapolis Star Tribune in 2006. In 2007, Denker received a job offer in Naples, Florida, covering minor league pro hockey, plus the NFL, Major League Baseball, high school football and the 2009 Super Bowl.

The call to ministry won out and Denker graduated from seminary in 2013. Pastoral calls included a solo call at a small suburban Chicago church, and pastor of community life and discipleship at a large southern California congregation.

“The only reason I left Orange County was we felt too far from family in Minnesota and Missouri, which was at the center of our life,” said Denker. “Ben found a great job in Minneapolis and we could finally afford a house.”

Between calls and after the 2016 election produced political division, Denker saw a lack of writing from a Christian perspective in the broader media.

Feeling called to resume her public writing ministry, Denker focused on writing her book and served as a half-time interim teaching pastor at Easter Lutheran Church in Eagan for seven months.

“For the book, I saw the stereotyping of Trump voters and wanted to explain the diversity of red state Christians,” said Denker, who hopes to build empathy and dialogue without shying away from telling hard truths about the politicization of religion and the prevalence of Christian nationalism in churches across America.

“I have been impressed with a real sense of ownership and pride among the people at Grace,” Denker said. “My hope is to continue that and build up the leadership of the next generation, helping them strengthen their relationship with God.”

Denker blogs at A Good Christian Woman ... Not that One, where she tries to “keep my writing muscles sharp.” The blog posts often relate to the week's Bible text or sermon, but not always. Her Christian blog can be found at angeladenker.com. 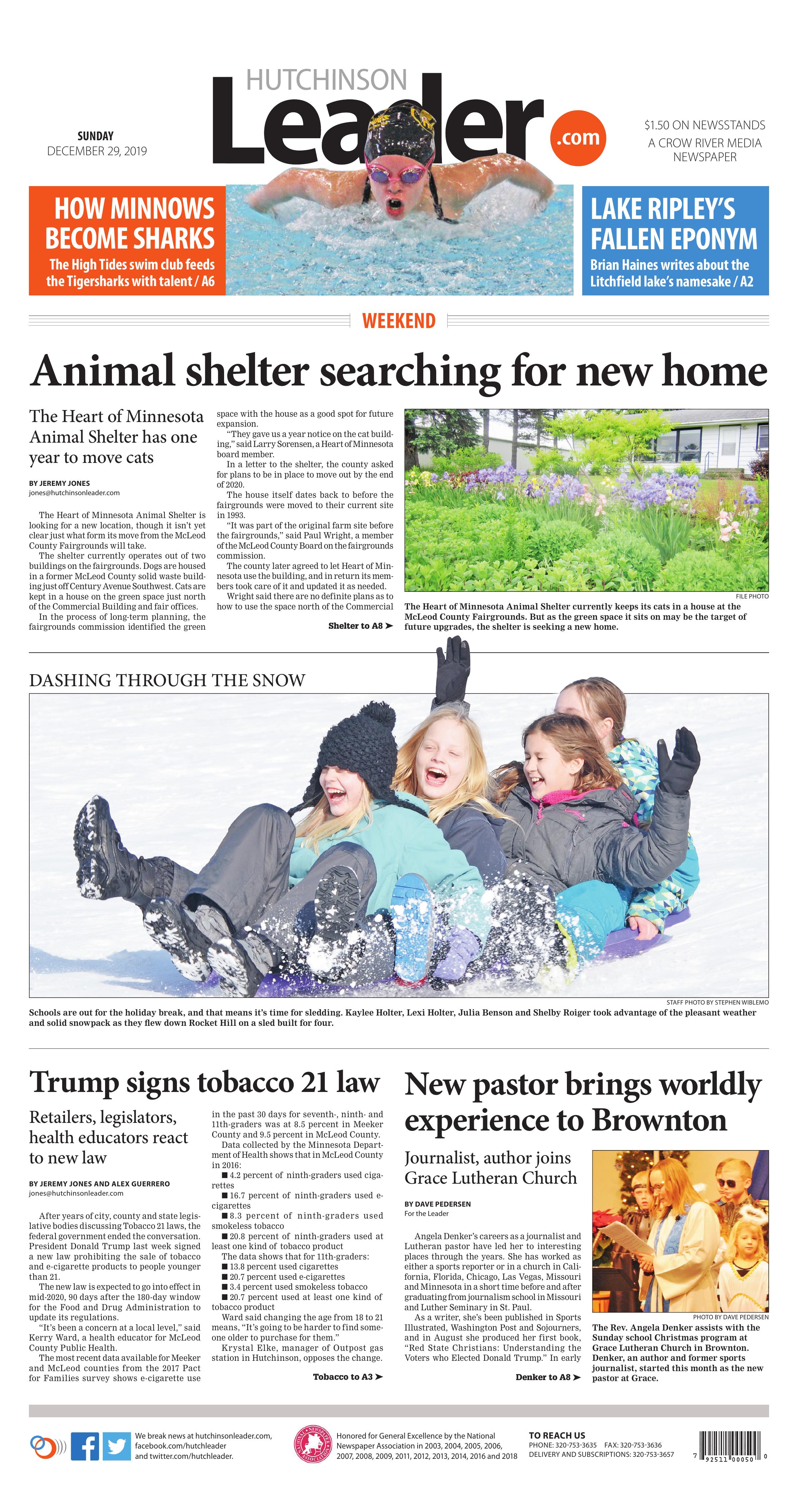