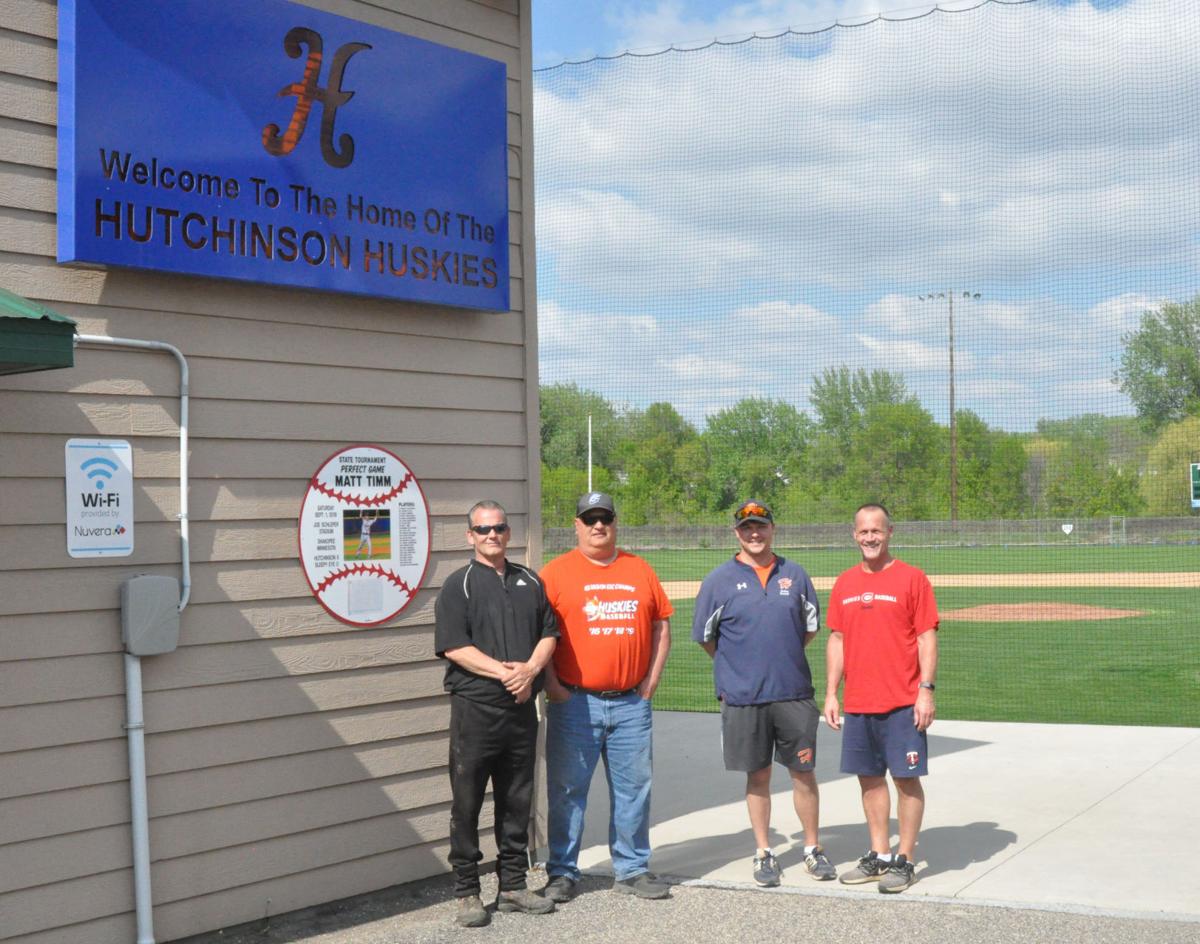 This is the group that takes on many of the projects around Veteran's Memorial Field,, from left, Tim Kinzler, John Arlt, Mike Litter and Kyle Messner. 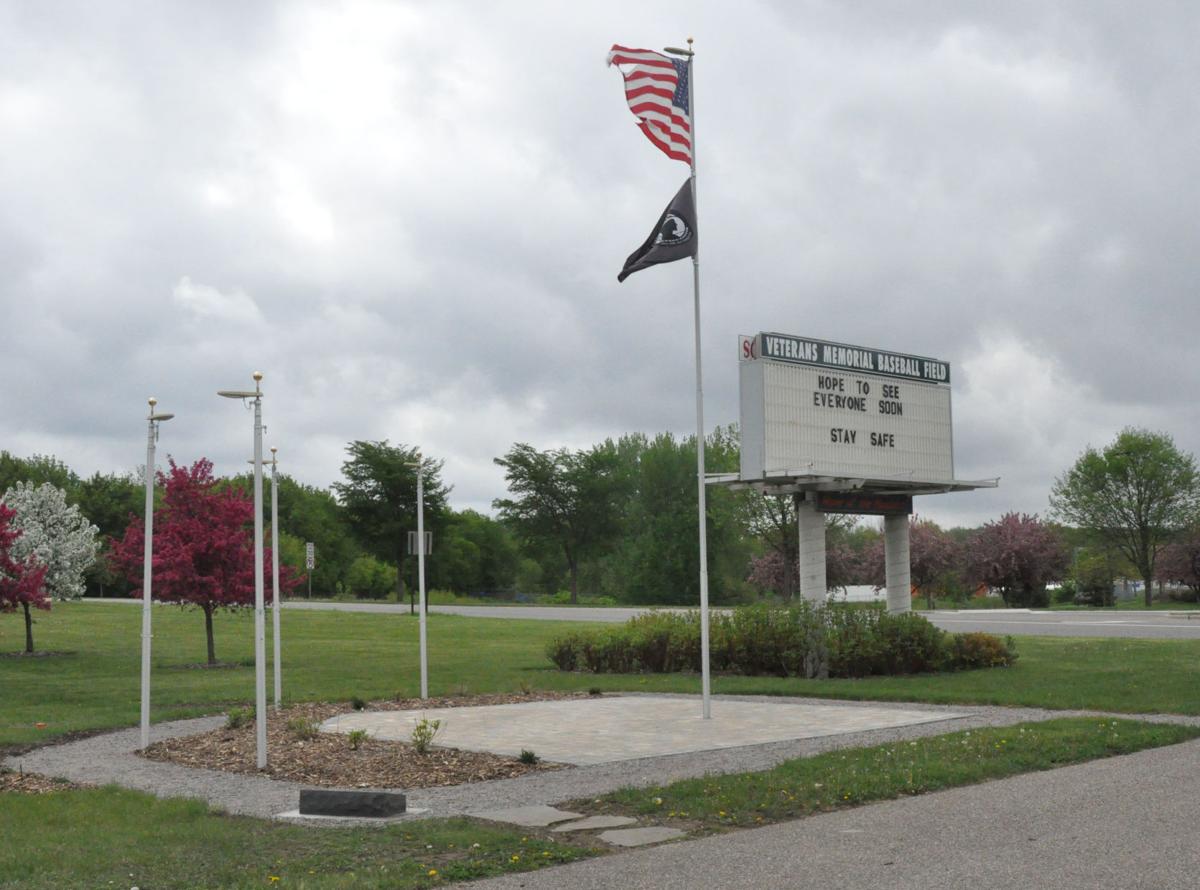 The Veteran's flag memorial was supposed to have its unveiling Memorial Day weekend, but it has been postponed. Van Karg of the DAV hopes to have it this summer, but doesn't see it happening.

This is the group that takes on many of the projects around Veteran's Memorial Field,, from left, Tim Kinzler, John Arlt, Mike Litter and Kyle Messner.

The Veteran's flag memorial was supposed to have its unveiling Memorial Day weekend, but it has been postponed. Van Karg of the DAV hopes to have it this summer, but doesn't see it happening.

The start of the 2020 Minnesota amateur baseball season has been delayed in-part to Gov. Walz Stay-at-home order. Now that the restrictions have been lifted some and with other sports leagues starting to organize for a season, the Huskies are doing the same.

John Arlt, president of the Huskies, said that he still hasn't gotten word of a start date.

“We are taking a wait-and-see approach,” Arlt said. “Our board has discussed ways we think we can play baseball. But the state, our league that we play in would have to approve. But we're very optimistic, we think we can get it done. I feel we have one of the bigger, more friendly, social distancing facilities in the state. We have so much room to put lawn chairs wherever... We think we can manage crowd sizes and keep people apart.”

The team has also just began some of their team training. The team has been gathering in groups of 10 or less, some go to the cage to work on hitting, some working in the field, and the pitchers in the bullpen.

“We're on our own, but we've got to stay organized as best we can,” Huskies manager Mike Litter said.

There is no issue for distancing at Veteran's Memorial Field with how spread out the facilities are. But the team is supposed to be playing ball right now, they are being patient, but it can wain.

“That's all we can do, we just have to wait and be patient,” Litter said. “It's getting harder to do, I think we're all chomping at the bit to get going, but we have to go with what the guidelines are.”

With this free time however, the board has been getting to work on some different renovations for Veteran's Memorial.

First, the bathrooms got an upgrade over the year, so they will be much nicer. They will also be replacing the outfield fence which has stood since the park first opened 35 years ago. The ivy is about the only thing holding the fence up, so it was time to invest in a new fence.

“It's going to be a black fence like we're seeing down by the waterpark, that black fencing,” vice president and player Kyle Messner said.

According to Arlt, the Huskies are partnering with the Boy Scouts to move the center field pole and plant some trees in the spot.

The big project that was supposed to be unveiled this Memorial Day weekend was the veterans flag memorial commemorating the four veterans clubs in Hutchinson, the Disabled American Veterans, Veterans of Foreign Wars, American Legion, and the 40 & 8.

Van Karg is with the DAV and helped with putting the memorial together. The plan was to have the flags of the veterans clubs fly on opening day until the end of the season. But now, that is all in jeopardy.

“There's nothing we can really do about that,” Karg said. “I think it's going to be a long time in the future, I really don't see ball being played down here this summer... It's too bad, but that's where it is.”

For now, everyone is just in wait-and-see mode.

“We're holding out hope that we can get something going,” Arlt said.

Will you attend in-person worship services now that they are reopened, or is it too soon?

Gov. Tim Walz agreed to reopen in-person religious worship services last week starting May 27, with stipulations such as 25 percent capacity or a maximum of 250 people. Will you attend in-person worship services now that they are reopened, or is it too soon? Tell us in this week's online reader poll.