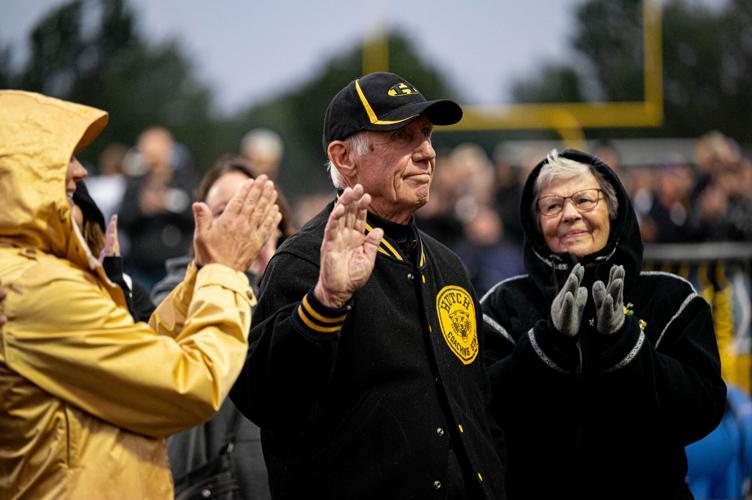 Grady Rostberg, surrounded by family, waves in appreciation during a ceremony Sept. 23 at the Hutchinson High School football field, where the stadium was renamed in the Rostberg family’s honor. 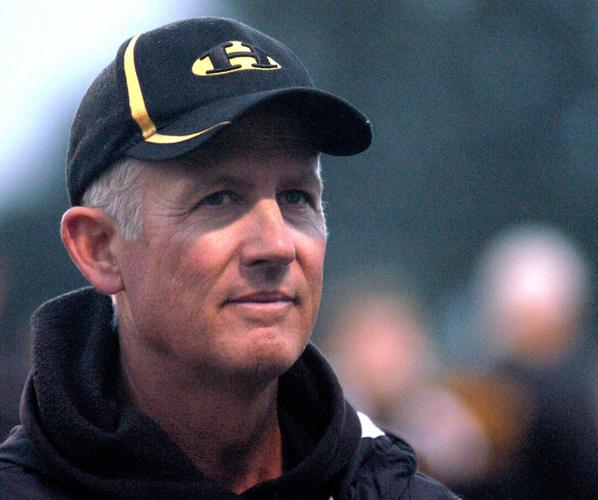 Andy Rostberg looks into the crowd prior to Sept. 29 game. 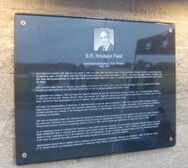 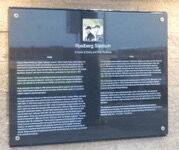 Grady and Andy Rostberg, and their family, are honored with a plaque outside S.R. Knutson stadium on the campus of Hutchinson High School.

Grady Rostberg, surrounded by family, waves in appreciation during a ceremony Sept. 23 at the Hutchinson High School football field, where the stadium was renamed in the Rostberg family’s honor.

Andy Rostberg looks into the crowd prior to Sept. 29 game.

Grady and Andy Rostberg, and their family, are honored with a plaque outside S.R. Knutson stadium on the campus of Hutchinson High School.

With 455 wins behind the family name, rededicating the stadium at S.R. Knutson Field in honor of current football coach Andy Rostberg and his predecessor and father, Grady Rostberg, was an easy conclusion.

“He’s my best friend and I’m his,” Grady said after being asked his sense of accomplishment as a father that established the family legacy. “We do a lot of things together — other than football. We hunt, we fish, but even when we hunt and we’re fishing, we talk football.”

“The impact that Grady, and now Andy, with support of a loving family who also work for the school district, were outstanding students and athletes, in the Hutchinson Hall of Fame, we feel it’s the right thing to do,” John Arlt said.

Arlt was a prominent driver of the initiative to name the stadium. He sought and received the blessing from the Knutson family then brought it to Hutchinson School Board for consideration.

One would be hard-pressed to find — anywhere — such a pair of coaches so committed to mentoring high school football players into men.

Nothing is more convincing than watching from a distance as Andy Rostberg addressed his players after the Tigers’ 24-22 loss to the rival Becker Bulldogs. Maybe the result wasn’t what the players envisioned. And it was obvious in their eyes the game meant everything. Yet, there was no bitter disappointment.

You don’t have to hear the words of encouragement and devotion coming from these coaching men to know. It’s evident — every game, every day, on the field and off: Resiliency. Courage. Dedication.

“Grady Rostberg provided the blueprint for the success, and Andy has carried on the tradition with a focus on doing things the right way and helping players become young men,” high school Principal Jennifer Telecky said in promotional materials for Friday’s ceremony. “Along with their families, assistant coaches and players, they have made Hutchinson football what it is today.”

And so, honoring the legacy of late Superintendent S. R. Knutson, who steeped the value of working in the community and being engaged as an active civic leader into the minds and hearts of Hutchinson young adults, Rostberg Stadium at Knutson Field is now established.

A new monument to Knutson was placed at the entrance to the athletic complex next to a similar one acknowledging the Rostbergs. Knutson served as Hutchinson superintendent from 1940 until his retirement in 1966. He is credited with leading the district through design, construction and addition of expanded facilities throughout his tenure.

“It is the devoted, dedicated classroom teacher that is the MOST IMPORTANT factor in securing these desirable student growth results. In fact, a teacher or a student achieves desirable results in direct relationship to his or her progress in the work assignment,” the plaque quotes Knutson.

“Knutson left an indelible mark on education and the community,” the plaque adds.

Game time temps were near 60 degrees, with a fine drizzle and stiff breeze out of the south, and the 1,400-capacity grandstand filled with fans, proud parents, and a rabid student section numbering in the hundreds, sporting their “white out” outerwear.

The Rostberg family welcomed alumni and the championship teams for a pregame gathering and meal before kickoff. After, a post-game celebration was hosted by the Crow River Golf Club.

“It’s quite an honor for myself and Andy. I coached for 29 years here, and Andy’s been here 24,” Grady said. “He was a ball boy for me in the ’70s. He played for me as a quarterback and won two state championships. He was our offensive coordinator in the ’90s.”

Grady continued, with a chuckle. “He’ll end up surpassing me in the next few years!”

Family involvement in the football program doesn’t stop at the two coaches.

“My daughters were scorekeepers for us, along the sidelines for us when they were in high school,” Grady said. Their own families live and breathe the game, he added, with ties to championship football teams at Minneota, St. Olaf College, and Washington of the NFL.

“(During the game) I’m on the phone (from the press box) with Andy, doing whatever I can to help,” Grady said.

“There are times when I’m talkin’ to him on the phone, he’ll shut me off,” he laughed, explaining at times they disagree. “He’s done that before … but he’s good. He’s good!”

“It’s a big honor and it would have been nice to win the game tonight,” Andy said following Friday’s game. “That doesn’t tarnish … it was pretty humbling when I think back … I’ve seen a lot. I close my eyes and go back to any one of those times and just smile, ’cause there is a lot of great memories. You know, when you’re a coach, your family is a part of it. When my dad was the coach, and now I’m the coach, and my wife and kids, and you have the Hutch football family. It grows every year. You just keep adding and adding to it. They honored us … but it’s about Hutch football. It’s about the Hutch tradition of family and everything that goes along with that, that, we’re excited and happy about.”