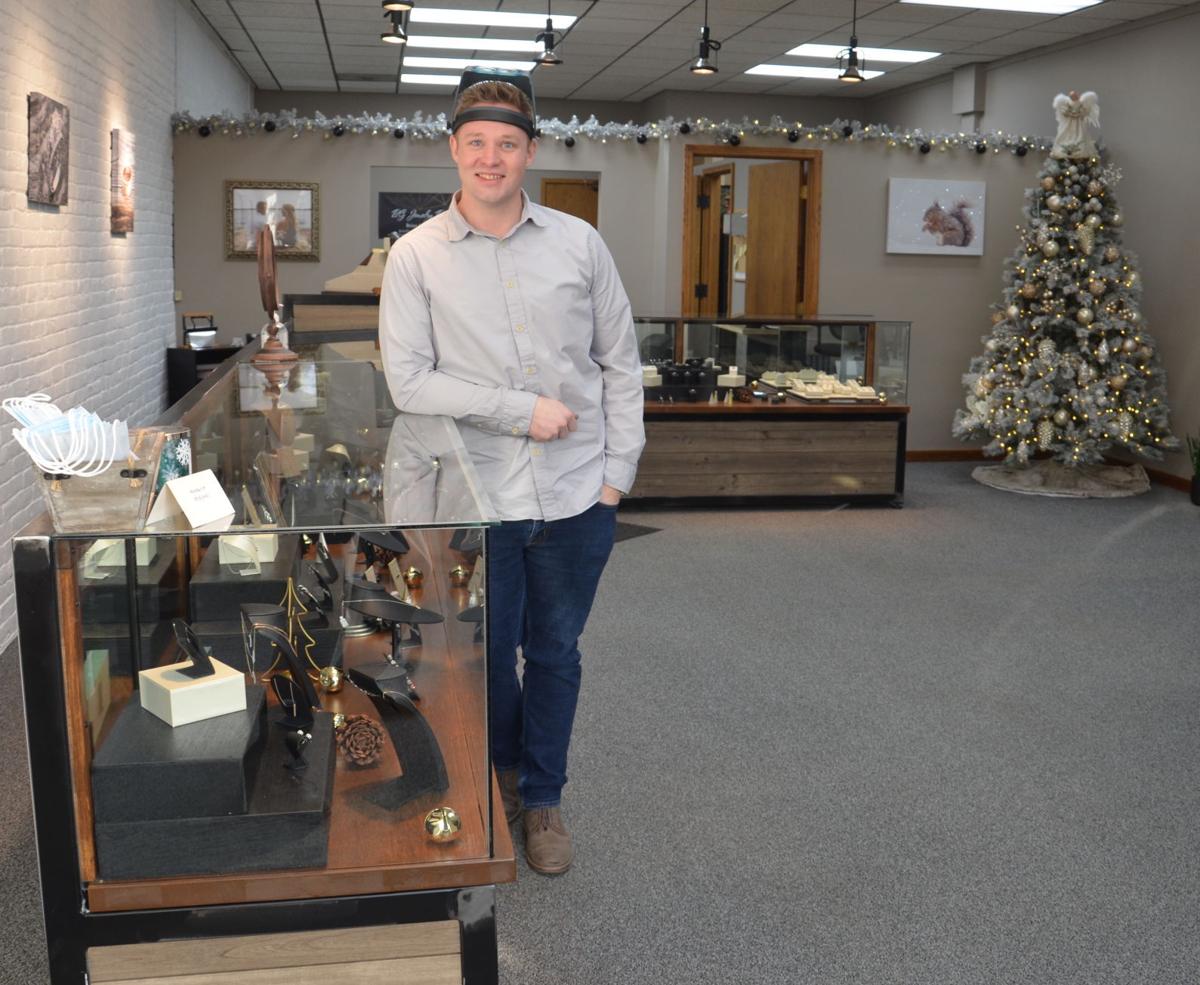 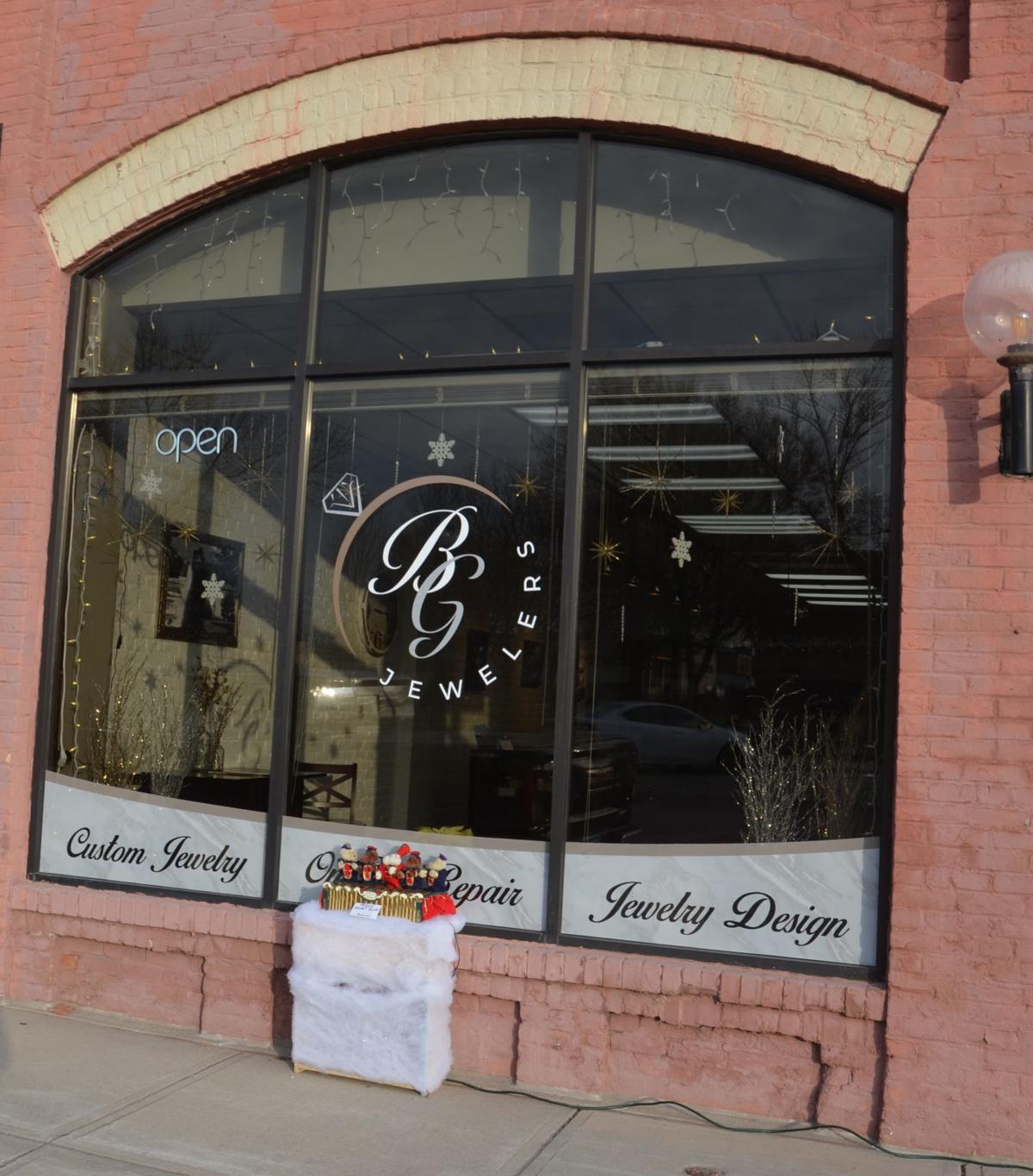 BG Jewelers is open on Washington Avenue, next to the State Theatre. Just follow the sound of musical teddy bears.

Airplane exhausts and fine jewelry may not seem to have much in common, but for Brian Gauger, the similarities are as clear as diamonds.

Gauger, 31, is the owner of BG Jewelers, downtown Hutchinson’s newest jewelry store at 45 Washington Ave. E. He opened in late November, and so far things are going well.

“I’ve been very happy with people coming in and getting a lot of feedback,” the Burnsville-area native said. “People really like the store.”

Gauger and his wife, Jenna, have lived in rural Buffalo Lake since 2015 but have gotten to know the Hutchinson community well over the years as Jenna coached hockey and the two joined the Jaycees.

Jewelry wasn’t Gauger’s first profession. He started out making airplane parts as a welder/fabricator in Eagan. After several years of that, he grew tired of “doing the same thing over and over again” and was looking for a change. It was Jenna’s father who introduced him to the world of jewelry craftsmanship.

“We were dating and her dad owns his own (jewelry) shop in New Prague, and I got interested in that because I like working with my hands and making things,” Gauger said.

Under the apprenticeship of his eventual father-in-law, Gauger learned the techniques of a jeweler. He realized that much like making airplane parts, crafting quality jewelry requires precision and an eye for details.

“My fabrication skills grew immensely, and it just transferred over, obviously on a smaller scale,” he said. “But it’s virtually the same thing. You’re sanding on this and sanding on that, filing this and filing that to make everything right and perfect."

“With airplane parts, it has to go through quality control,” he added. “They can’t have airplanes falling out of the sky. Quality control, that’s how I like things, to make sure it’s right so it lasts as long as it possibly can for every customer.”

Gauger spent years working on his craft and even began a small jewelry business out of his home. But as word got out and his customer base grew, it was time to find a brick-and-motor location for his budding business, and Hutchinson was where he wanted to be.

“We just kind of like the area and were sick of the suburbs,” he said. “Being close to the cities is not where we want to be, and I think the Hutchinson community has been really great to us. The people around here have kind hearts and have welcomed us.”

Gauger boasts two different techniques for making custom jewelry. One is the traditional method of creating molds from hand-carved wax, and the other uses a computer and 3D printer to design molds. He does all his own casting and setting in his shop, as well as repairs.

“Having me be able to do everything in-house, nothing gets shipped out, is a huge factor for a lot of people," he said, "especially when it’s family heirlooms, precious stones and things that are of great value."

Gauger admits that opening a new business was nerve-racking at times, and he wasn’t sure what to expect with the pandemic. But he’s confident in his work and his product. And besides, he and Jenna had another urgent reason they didn’t want to wait to open the store. The couple were expecting their first child any day.

“I wanted to get open and get started before that happens,” Gauger said with a chuckle.