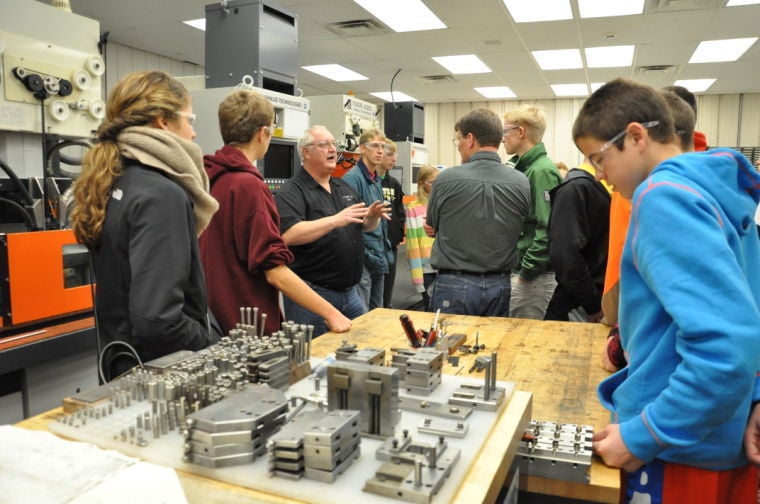 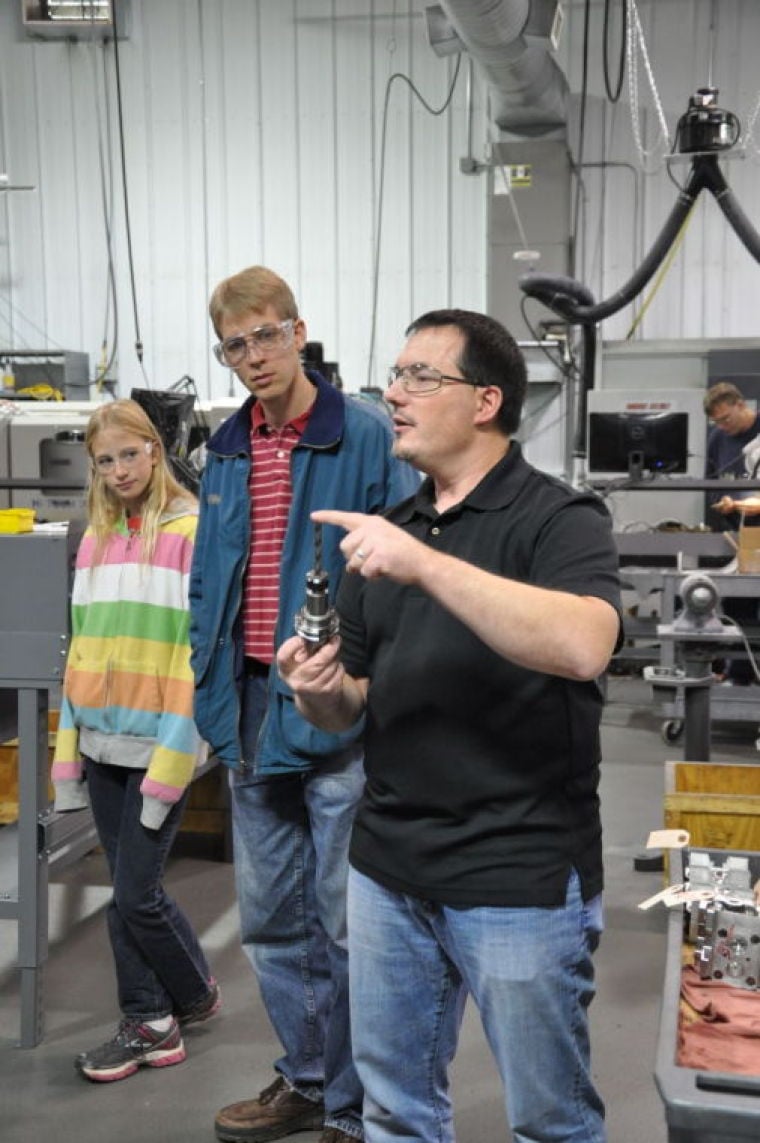 Anna German and her father, Nole, listen to Jeff Laway, president of RD Machine Inc., as he gives a tour of the company, which creates protypes and produces precision, complex parts. It has a new 5-axis milling machine and a new mill/turn lathe for single operation manufacturing. 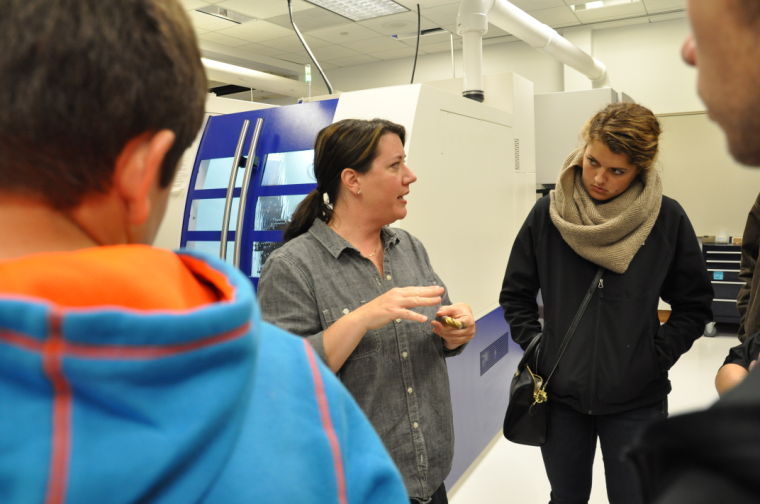 Anna German and her father, Nole, listen to Jeff Laway, president of RD Machine Inc., as he gives a tour of the company, which creates protypes and produces precision, complex parts. It has a new 5-axis milling machine and a new mill/turn lathe for single operation manufacturing.

She and her brother, Peyton, 15, and father, Nole, toured the Hutchinson business along with three other manufacturers during the Made in McLeod tours Oct. 15.

“I liked the room with all the women,” said Anna, referring to MITGI’s new tool coating department, where, indeed, all the workers are women.

Jennie Nelson, director of marketing and media at MITGI, pointed out that fact to the 20 Hutchinson students and parents who were on the four-hour morning manufacturing tour that the Hutchinson Economic Development Authority and Hutchinson Area Chamber of Commerce and Tourism arranged Oct. 15.

Nole German brought his children on the tours to show them some job opportunities available in town.

“I wanted to expose them to the types of manufacturing that occurs in Hutchinson,” he said.

The Made in McLeod tours of several local businesses allowed manufacturers to show what they make, how they design and manufacture items — from hair-line tools for the medical industry to large equipment for agriculture — and explain what kind of education is necessary to work in manufacturing.

That first-hand look at the inside of local businesses was important in fostering dialogue about jobs in manufacturing, according to Lee Miller, economic development director of the Hutchinson EDA.

“Manufacturing is a big part of Hutchinson,” Miller said. “For years, manufacturers have been telling us that there is a shortage of skilled workers and that developing a pipeline for talented employees is a top priority. We decided to coordinate the event to help showcase the wide spectrum of manufacturers in the area and to help middle and high school students see what manufacturing is like first hand.”

Corey Stearns, president of Stearnswood in Hutchinson, who also toured the businesses with parents and students, took notice of the women hard at work at RD Machine.

“It’s nice to see females out there amongst the males. It’s not just a male-dominated field anymore,” Stearns said after the tour, led by Jeff Laway, company president.

While women make up about half of the U.S. workforce, women make up less than one-fourth of the employees at durable-goods manufacturers nationwide, according to Women in Manufacturing, a national organization focused on drawing more women to careers in the industry.

Reaching out to girls and boys was part of the purpose of the manufacturing tours.

“Learning about the kinds of jobs that exist is a good step toward developing a career path,” said Mary Hodson, Hutchinson Chamber president. “Hutchinson Middle and High School Principals, Todd Grina and Patrick Walsh, are very progressive and supportive of creating opportunities for students to learn about careers in manufacturing.”

Mackenzie McDonald, a high school senior year who went on the tour with her father and brother, said she plans to attend a university with a focus on engineering.

“I didn’t know what to expect on the tour, but was really interested to see how the process works as products are made. It was surprising to see the technical expertise of everyone on the manufacturing floor,” she said.

German said he would like to see the Hutchinson Chamber and EDA continue offering Made in McLeod tours.

“When I was growing up, I had little exposure to manufacturing,” he said, adding he brought his children on the tours, “to see the different types of opportunities that could be in their future, if they so choose.”