The period in late spring and early summer is the time of the year when construction crews are typically hard at work, getting things built, whether it’s roads, bridges, office buildings, hotels or homes.

This year, things are quieter. Many industries have been hit hard by shutdowns designed to slow the spread of COVID-19, and construction — despite being considered an essential service exempted from state stay-at-home orders — has been no exception.

Even as the economy starts to slowly reopen and workers return to jobs, there’s reason to believe it will be a while longer before the construction industry regains its steam.

In the off-months, especially in December, January and February, it’s not uncommon for construction workers to be laid off and apply for unemployment benefits. By early spring, things typically start to pick back up again.

That pattern changed this year. After a fairly normal February and even March, Minnesota’s construction industry saw more than 33,500 claiming unemployment benefits in April. That number came down to 19,660 in May, but is still significantly higher than it was in previous years, and is close to the 19,954 claims in the industry in May of 2009, during the Great Recession.

A Federal Reserve Bank of Minneapolis survey of Minnesota construction industry organizations conducted in early May found that 70 percent of firms have had at least one of their projects canceled, and one-third had seen a moderate or significant number of projects canceled. A higher percentage had seen projects, current or future, delayed temporarily or on a more long-term basis.

The firms cited inability to access job sites, supply chain issues and slower permitting and financing approval processes as reasons for a slowdown in jobs, as well as clients’ trepidation about the pandemic.

More than 40 percent of firms had fewer workers than they did last year, and 10 percent said the job cuts were significant.

Under Gov. Tim Walz’s COVID-19 restrictions, construction workers were deemed essential, but as the pandemic wore on, clients decided not to start or complete projects or to delay them, said Jessica Looman, the executive director of the Minnesota Building and Construction Trades Council, which represents unionized construction workers.

“For the most part, construction projects that were already going in March continue to go,” Looman said. “However, what we saw over time is that some projects didn’t get started that would normally get started, which means that the projects people finished up on in March, there wasn’t the next project in April for them to go to.” 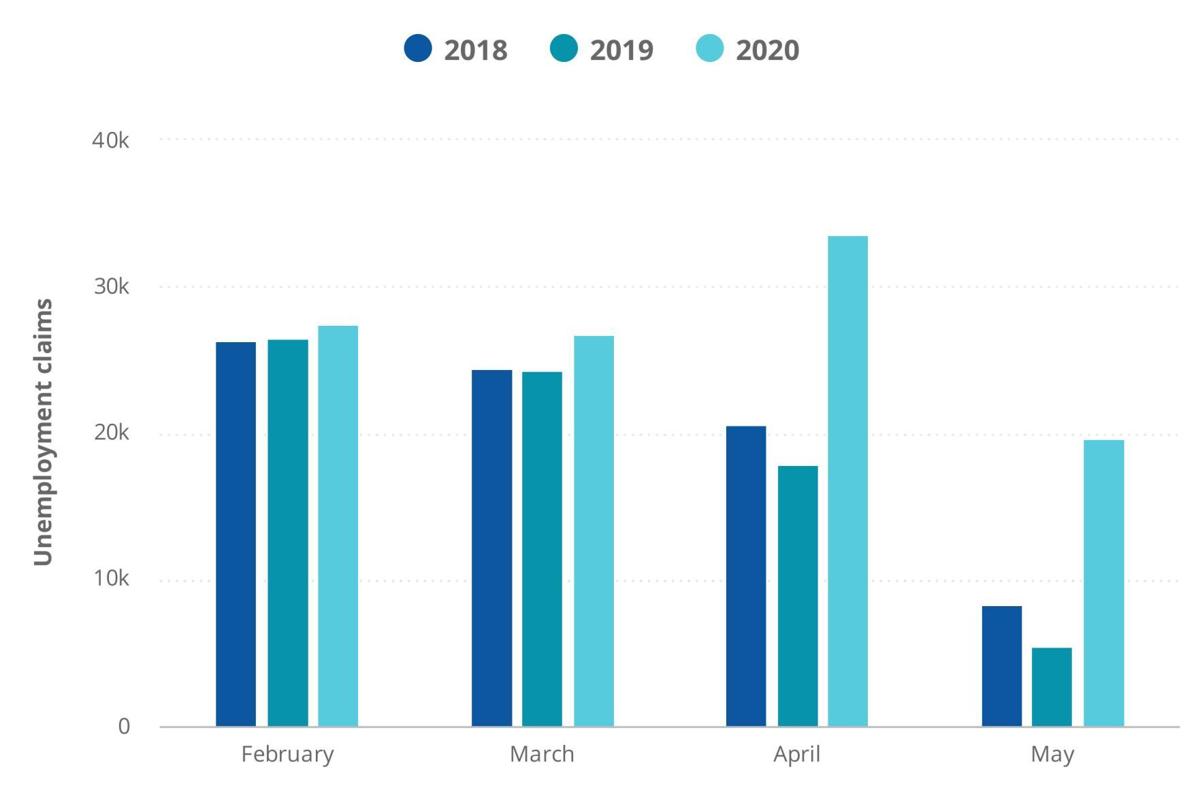 For some skilled trades workers, a Minnesota Department of Transportation initiative to speed up the start of planned road construction projects helped somewhat, Looman said, but her industry is advocating for the passage of a bonding bill at the Legislature that would create more jobs for construction workers across the board.

Looman said she’s concerned about the next six to 18 months based on a drop in the index that measures the demand for design services, a predictor of future construction.

Bigelow Homes, a residential building company in Rochester, was anticipating a very busy year in 2020.

“We set record sales in February, so I kind of thought we’d have just a gangbuster year, but now it’s back to the pace of a few years ago,” said Mike Paradise, the company’s president.

Some customers are moving forward with plans to build despite being furloughed from the Mayo Clinic, a major area employer, but others have put new house plans on hold.

While things have remained pretty consistent in the market for more affordable new homes, Paradise has seen interest in upper-end homes quiet down.

“I think it’s the combination of those buyers didn’t have to move, they were a move-up buyer,” he said, plus some have maybe taken a look at the economy and wondered about building a great big house.

Bigelow hasn’t had to lay anyone off, but Paradise is concerned about what a potential slowdown in housing construction could mean for housing affordability.

Facing a housing affordability crisis, due in part to a slowdown in building during the Great Recession, a 2018 Gov. Mark Dayton administration housing task force report called for the construction of 300,000 new homes and apartments in Minnesota by 2030. A progress report found that about 30,000 homes were built in 2019, but many of them were on the high end of the affordability spectrum.

“I think we’re going to fall further behind,” he said.