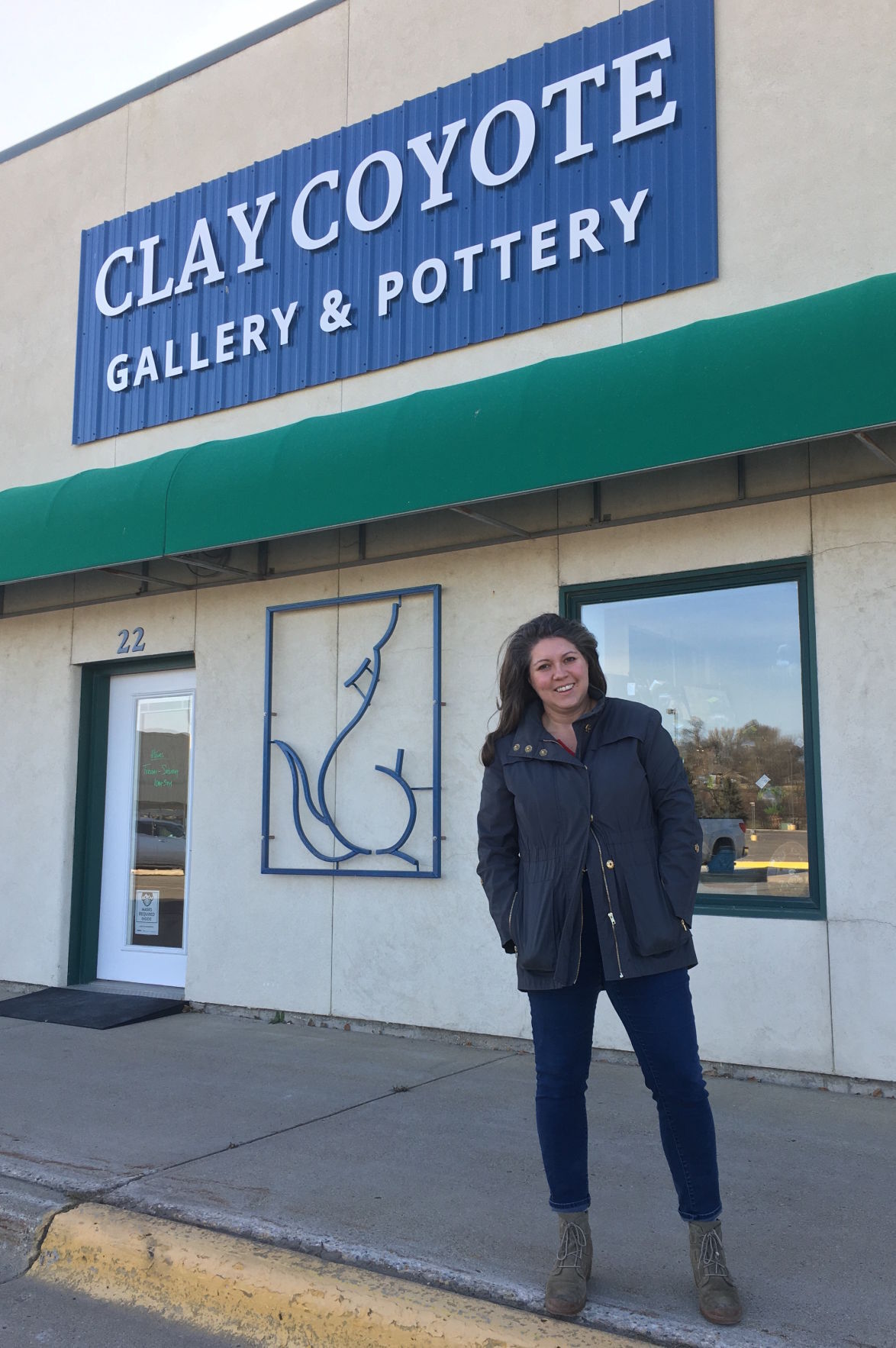 Morgan Baum, the second-generation of Clay Coyote Gallery and Pottery, has moved her business from its rural roots to downtown Hutchinson. 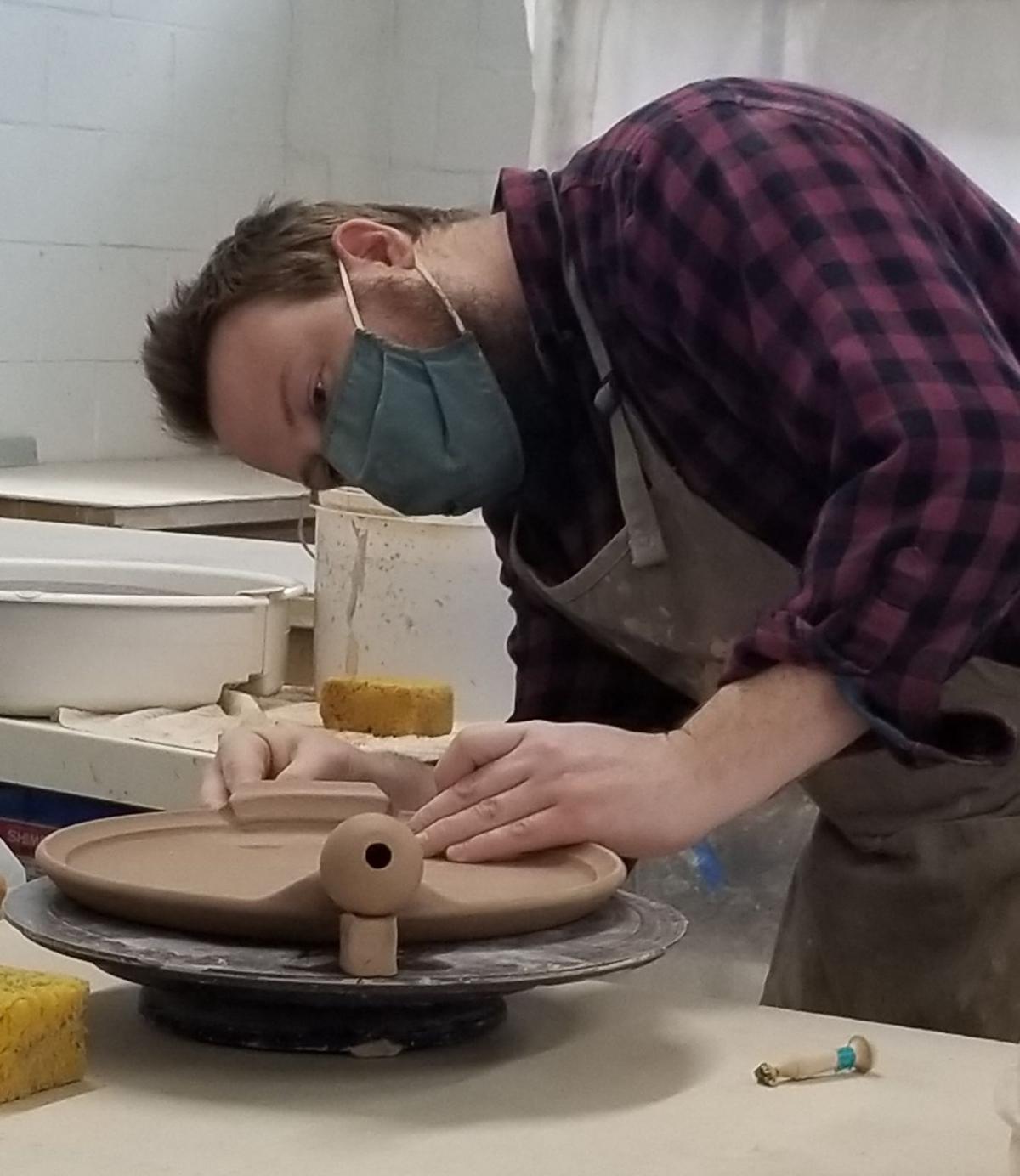 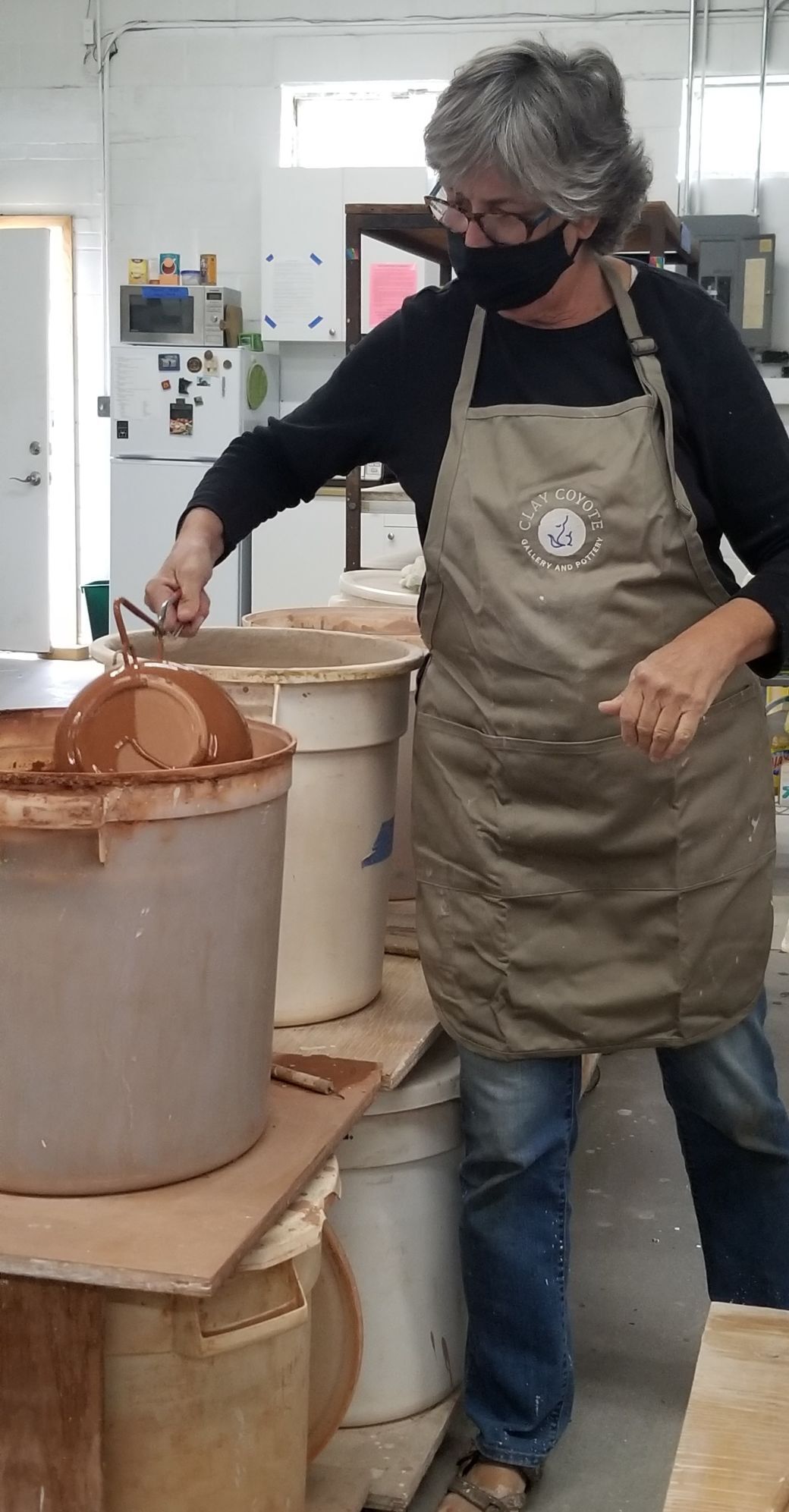 Morgan Baum, the second-generation of Clay Coyote Gallery and Pottery, has moved her business from its rural roots to downtown Hutchinson.

From a home studio in New Lenox, Illinois, to new space in downtown Hutchinson, Clay Coyote Gallery and Pottery has grown from a one-man shop in 1992 to a growing business with five potters in 2020.

Morgan Baum, the second-generation owner of the family business, has introduced new products, expanded online offerings, ramped up marketing and steered the enterprise through an unprecedented pandemic.

In August, Baum moved Clay Coyote from its longtime rural home to downtown Hutchinson. She shared her opinion on what it takes to run a small business in this Q&A.

For more than 20 years, Clay Coyote Gallery and Pottery has been a tourist and shopping destination. This past summer you moved the gallery and studio from your rural location to downtown Hutchinson. Why did you make the move?

We have loved being a part of the Hutchinson community for more than two decades, and over those years shopping behaviors have changed. When we first started we had an old pump house where we sold our pottery on the honor system. In 2001, we opened the gallery and over the ensuing decade featured more than 450 artists’ work from all over North America. In 2016, our online shop really took off. Now, more than 70 percent of our revenue is online. While we downsized our land, we doubled our studio footprint in the new downtown space. While it’s not open prairies and Todd Lake in the background, we now look out toward the beautiful Crow River.

Has the new gallery site changed your product mix? Are you carrying Clay Coyote functional pottery as well as the work of other artists? For those who may have never visited the gallery, what type of products do you carry and how do you select them?

Our handmade work is available in the Gallery and you can look through the windows, or venture into the Studio and see the potters making the work. We have our line of Flameware cooking pottery and Stoneware baking and serving pottery. And we have been firing the new kiln so we’re stocked up. This year we’ve introduced a new glaze combo called “Mint Chip,” a green-and-black combo and “Mint Berry” when the green glaze meets the white it turns fun pinks and purples. We’re also launching a new Flameware piece this fall, a cooking stone designed primarily for making pizza on the grill. I’ve been using the prototype for weeks and it’s amazing. I’ve also used it as a grill griddle for pancakes and baked cookies on it in the oven.

The new Gallery is still featuring items from other artists across the country. We’re still bringing in many of the favorites like Bill Campbell’s crystalline pottery from Pennsylvania. Hand-carved mugs with great messages on the bottom from Dirty Dog in Florida. Bacon cookers from Sunset Pottery in Texas and Ray Pottery in North Carolina. And we have blown glass witch balls, woven socks, jewelry and woodwork. There’s still a great mix of gifts for everyone.

One of the nice things about the slightly smaller Gallery means that we will be bringing in more art regularly, so there’s something new each week.

The COVID-19 pandemic has had a profound effect on local businesses. How has it affected Clay Coyote and how are you meeting the challenges?

The pandemic has had a lot of impact on our small business. In March, even though the stay-at-home order hasn't shut us down, the school closings meant our team had to stay home to care for their families. Fortunately, during the stay-at-home order we were still able to keep our online sales going and sell what we had on the shelves.

We got creative and started doing our popular cooking classes over Zoom from my backyard. They’ve been so popular we’re launching another series this fall where I’ll be cooking with friends around the country. We’ll each have the pots and together we’ll create a full meal. The events will be live and recorded and people can ask questions. We’re still finalizing the details, but one is with a friend on a rooftop in New York City. He's roasting pork and grilling peppers in a grill basket, and I'm making the sides. Another is with a friend in Philly and we’re both going to be making grilled pizza.

As the second-generation owner of Clay Coyote, how did you introduce change to the business? What have you learned in this process that you can share with other family-owned businesses?

As the second-generation owner, we’ve had to balance keeping all the great history of the business while still making it our own. When we moved into the downtown location, I brought a few of the special pieces of history with us. For example, the “showroom” sign that hangs in the new studio is from the original pump house in 1994. And the new sign on the outside of the building is made from the same barn material that was on the Gallery we built in 2001. I’ve been a part of the Clay Coyote since day one. I spent my weekends as a teenager doing my homework behind the tent at art shows.

What's next for Clay Coyote?

Right now, we’re focused on settling into the new space. We’ve got the kilns fired up, our team of five potters is all really focused on getting ahead so that we can ship orders on the same day they arrive.

As I mentioned, we’re also launching a new Flameware piece this fall, a cooking stone designed primarily for making pizza on the grill. And we’re going to be hosting our online cooking series starting in mid-October.

What: Clay Coyote Gallery and Pottery

Hours: The Gallery is open 10 a.m.-5 p.m. Tuesday through Saturday

"We’re right off Main Street," said Morgan Baum, owner. "We’re so excited for the road construction to be over and to kick off the holiday shopping season in our new location."