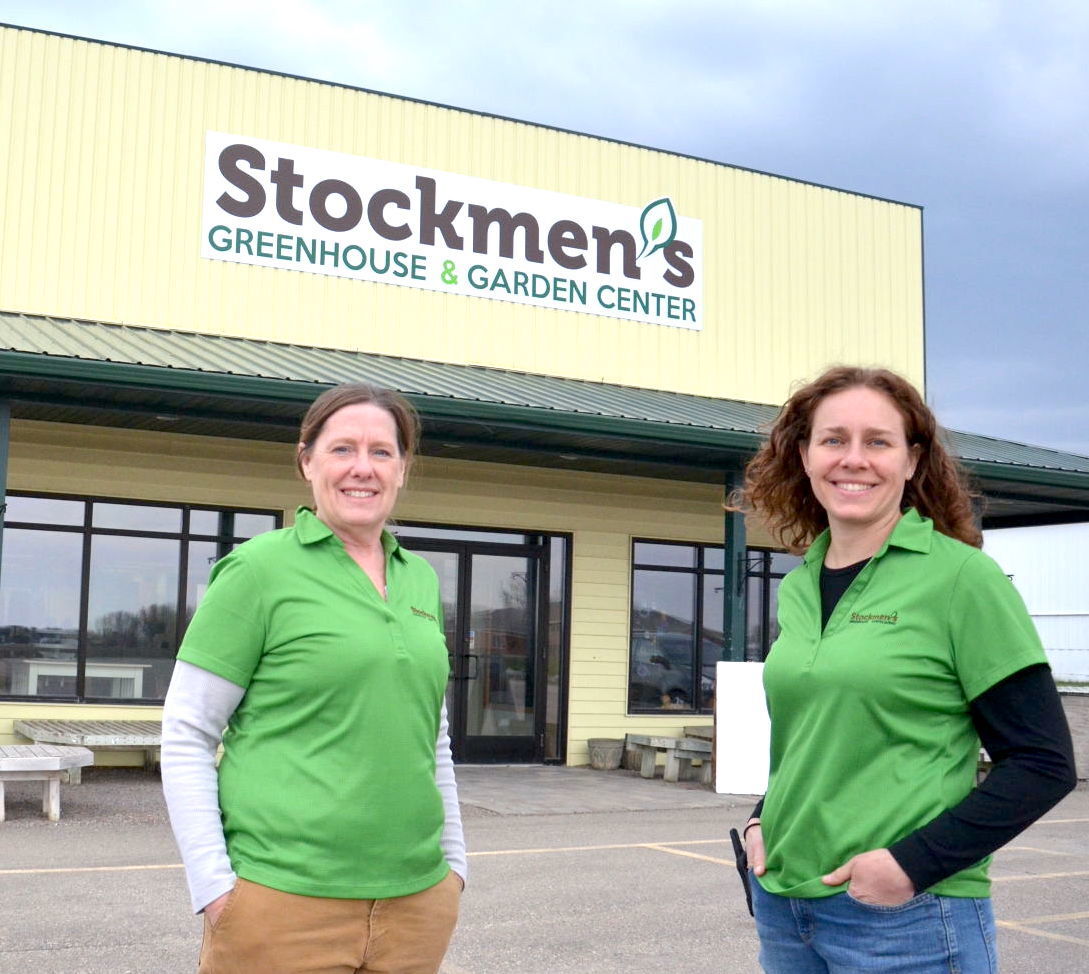 Stockmen's Greenhouse and Garden Center in Hutchinson opened Tuesday. Tracy Droessler of Litchfield, right, purchased the former Dundee while Tammy Field will manage the business after managing Dundee for many years before it closed last July. 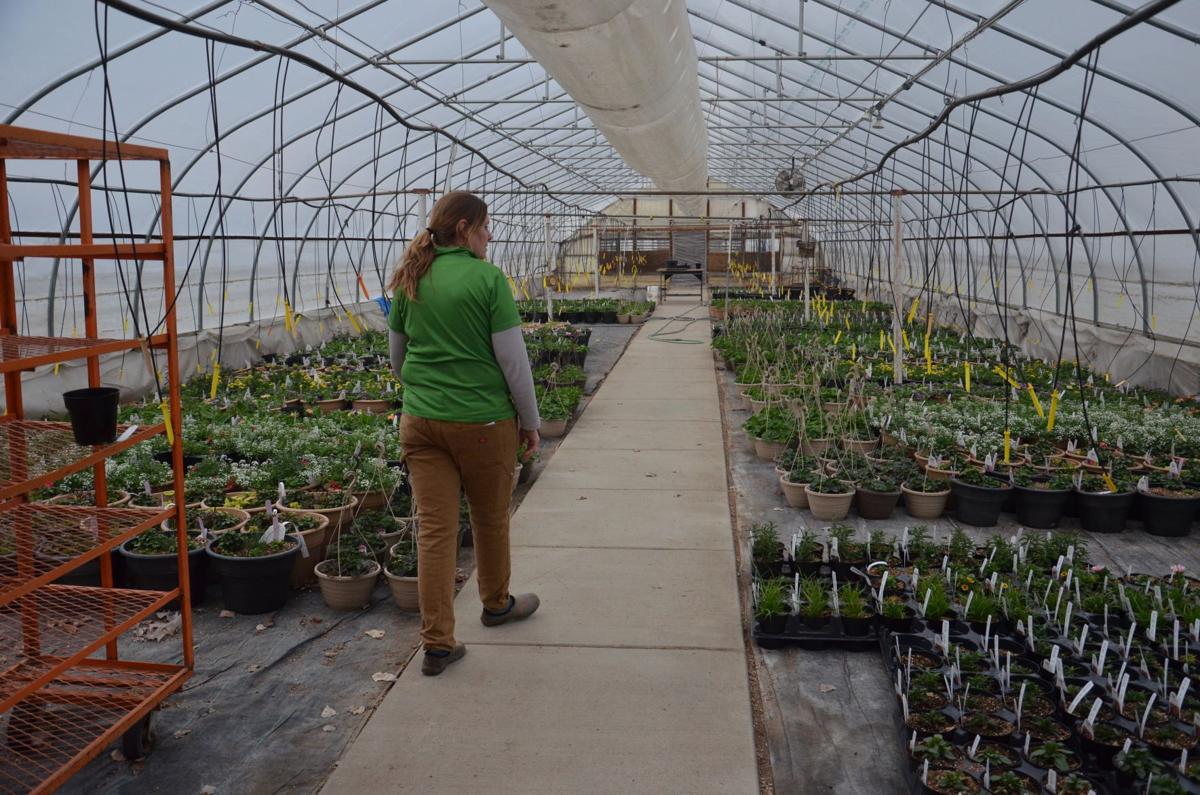 Stockmen’s manager Tammy Field inspects one of the smaller greenhouses that’s ready to go for eager planters this spring. 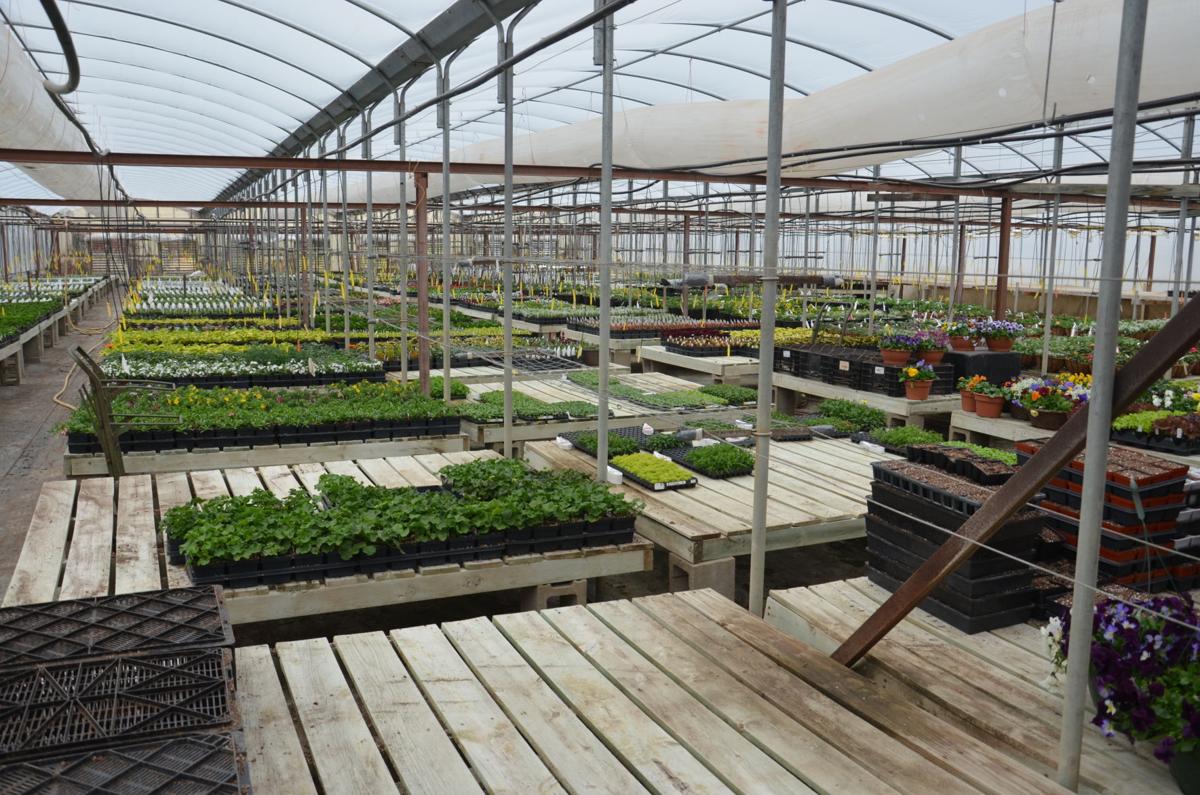 Despite a late start to ordering, Stockmen’s in Hutchinson was stocked with flowers and vegetables ready for customers.

Stockmen's Greenhouse and Garden Center in Hutchinson opened Tuesday. Tracy Droessler of Litchfield, right, purchased the former Dundee while Tammy Field will manage the business after managing Dundee for many years before it closed last July.

Stockmen’s manager Tammy Field inspects one of the smaller greenhouses that’s ready to go for eager planters this spring.

Despite a late start to ordering, Stockmen’s in Hutchinson was stocked with flowers and vegetables ready for customers.

It was a sad day for Hutchinson area green thumbs last July when Dundee Nursery and Floral closed its doors. The news was a surprise to Tracy Droessler, owner of Stockmen’s Greenhouse and Garden Center in Litchfield.

“When I heard that Dundee had closed I was absolutely shocked,” Droessler said. “I couldn’t believe it.”

As the saying goes, when one door closes, another opens. Droessler saw the need for a nursery in Hutchinson and was in contact with Tammy Field, the longtime manager of Dundee. With Field’s help, Droessler worked with the owners of Dundee to purchase the building, and in February the sale was final.

Stockmen’s Greenhouse and Garden Center at 1150 State Highway 7 E. in Hutchinson opened its doors Tuesday, just in time for the upcoming planting season. Its spring hours are 9 a.m.-6 p.m. Monday through Saturday, and noon to 5 p.m. Sunday. You can also check out Stockmen’s on Facebook and Instagram, or visit stockmensgreenhouse.com.

“It will by eight weeks from the time we bought it to (opening), and it went from empty to everything you see,” Droessler said.

It’s been a whirlwind since last August, when Droessler began talking to the former Dundee owners. But answering the door when opportunity knocks is how Droessler got into the nursery business to begin with. She’s an accountant by trade but decided to follow a different passion when she purchased Stockmen’s in Litchfield in 2017.

“I worked in a greenhouse when I was in high school and loved it, and that’s what I always wanted to do,” Droessler said. “I went to school for accounting and I had the opportunity to do that and did that until I could save up enough money to buy my own (greenhouse). … Everything just came together in 2017. I’ve gotten a horticulture degree in a hands-on way rather than through schooling.”

One of the people who has helped Droessler along way is Field, so the two had already developed a strong rapport that will continue with Field managing the Hutchinson business. When Droessler expressed interest in purchasing Dundee, it was good news for Field and the people she had been hearing from in the community who were missing their local nursery.

“Tracy is a very proactive person and community-oriented, and it was very exciting that she was going to take over,” Field said. “It’s a great addition to the community.”

“People have called and asked if it’s true (Stockmen’s is opening),” Field added. “People I know in the community are like, ‘Really, is it going to happen?’ They’re very excited. It’s a big enough town, we deserve to have a nursery in this town, and Tracy’s ownership is going to be a benefit to the whole community.”

Customers can expect lots of vegetables, herbs, annual and perennial flowers, trees and shrubs, as well as garden accents at the new store. Other services offered by Stockmen’s include a cemetery service, custom and business planting, a bare root program as well as a seasonal program in which customers receive a fresh planter delivery with each new season.

Although Stockmen’s in Hutchinson has only had a couple months to prepare, the manager and new owner said they’re ready and excited to show the community their new business. Although ordering usually happens in August, Droessler and Field ordered in January and were grateful for the flexible vendors, as well as the wonderful gardening community that’s helped them get ready for this week’s opening.

“We’ve had a good team of folks here,” Droessler said. “Some folks came back from Dundee who were employees at Dundee. We’ve had people from Litchfield come down to make this happen, everybody’s pitching in on one team and just trying to get it all going.”