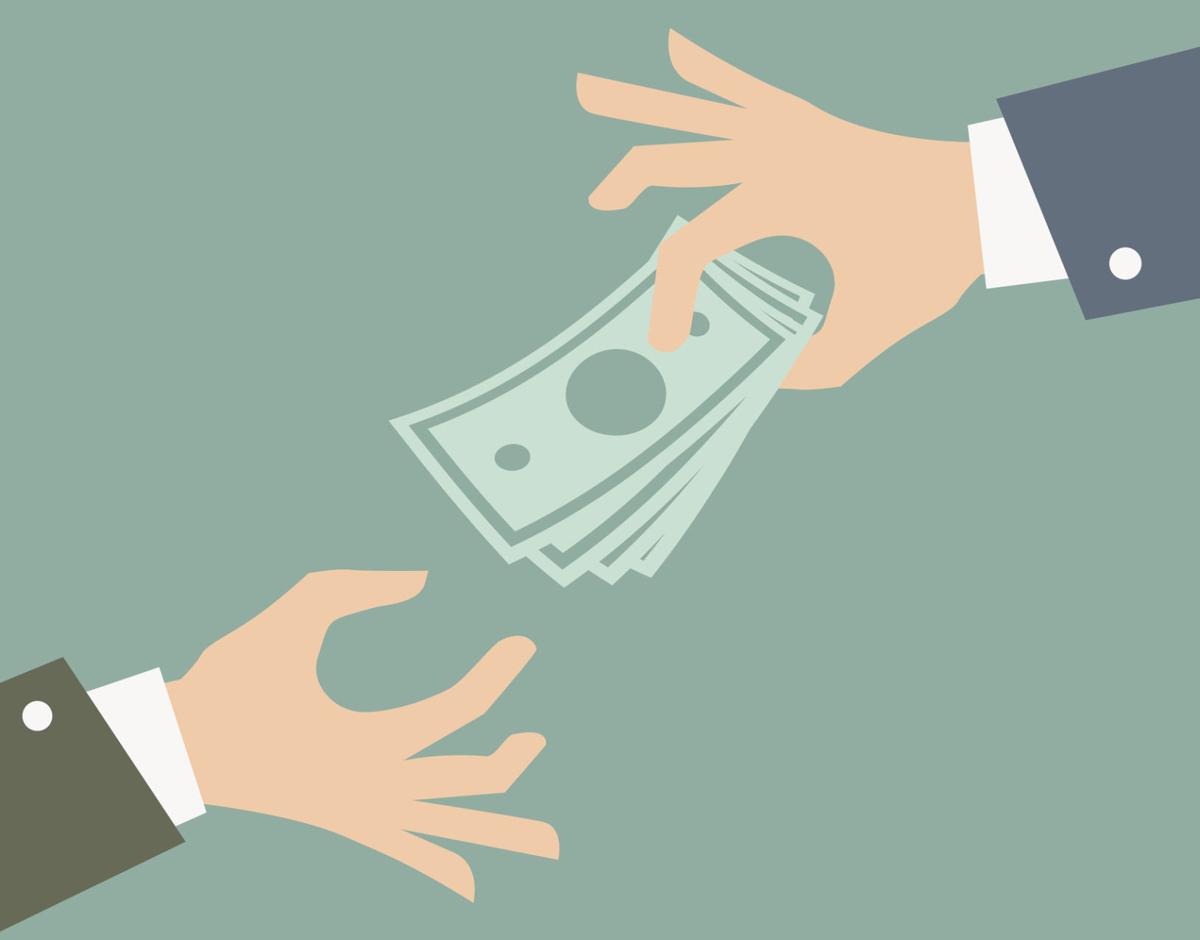 About 800,000 residents of Minnesota received at least one week of unemployment in 2020, a level the state’s unemployment trust fund was not designed to withstand. 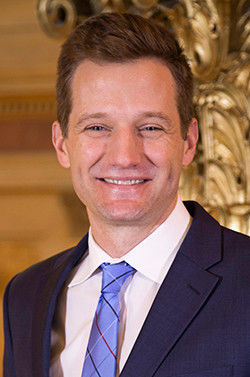 As the COVID-19 pandemic was just beginning to ravage the Minnesota economy, the person responsible for the state’s unemployment insurance system was confident.

“We are not worried about the Unemployment Insurance Trust Fund,” said Steve Grove, the commissioner of the state Department of Employment and Economic Development.

It was March 20, 2020, and the state had just set a dubious record: 95,000 new applications for jobless benefits in a single week. It would get worse, with layoffs sweeping the state, especially among hospitality businesses subject to the most stringent restrictions during the initial lockdown.

At the time, two things gave Grove confidence. The first was the balance in the state’s trust fund: $1.5 billion. Department modeling showed that with a projected caseload of 120,000 recipients, only one-third of that balance would be drawn down over the following three months, he said.

The second was knowledge of the federal system of unemployment insurance. While states set benefit levels and the taxes collected from employers to cover them, they must meet federal standards. When state trust funds run dry, they can borrow from the U.S. Treasury.

Making economic predictions is always risky, and once-a-century pandemics tend to make them even riskier. Minnesota drained its trust fund in July and began borrowing from the federal government, a debt that has now reached $883 million. To compare: At the end of the Great Recession in 2011, Minnesota’s fund debt was $771 million.

So as the year 2020 ended, the first confidence builder for Grove was less important than the second. Minnesota is one of 20 states that have borrowed money to continue to pay benefits.

“I think like a lot of things we didn’t quite know the virus would be with us this long and we certainly didn’t think it would be spiking late into (2020),” Grove said last month. “The playbook is definitely being rewritten as we go.”

“The most important thing to us, of course, is making sure the people get their payments on time every week and we’re processing claims quickly and we’re making fair and thoughtful decisions,” Grove said. “It’s certainly been a journey.”

But what’s lost in the coverage of shutdowns, dials, CARES Act funding, hospital capacity and, of course, the deaths and human consequences of COVID-19, is the economic impact of unemployment insurance. Because money flows in smaller amounts over time, the massive infusion of money into the economy can be less obvious. And yet in Minnesota alone, the state estimates that more than $9.5 billion has gone to workers who have lost jobs since March.

About $2.4 billion of that came from the state system, with the rest coming from federal contributions adopted in response to the pandemic recession. Those contributions include the $600-per-week add-on to state benefits; a 13-week extension of payments that came after the state’s 26-week benefit ended; and the new payments to those workers who hadn’t been part of the system before, including gig workers, contract workers and freelancers.

“It’s a huge amount of money that came from that federal program, there’s no question,” Grove said. “When economists looked at this, especially early in the pandemic — when the $600 top-off provision was passed — many talked about it as the largest experiment in income replacement in American history.”

In fact, some workers made more in unemployment than they had made in the job they lost because of the pandemic. “Given that the pandemic mostly impacted lower-wage workers, it was an almost-full — if not more-than-full — replacement for three of every four workers,” Grove said. “It is an untold story and is part of the reason the pandemic didn’t have as much of an economic impact.”

The federal government assigns ratings to each state’s efforts when it comes to having adequate funds for unemployment insurance. But there is also a reason to not have funds grow too large, since most of the money (minus interest earned on balances) comes from taxes paid by employers. That’s why the system allows for borrowing in economic emergencies and for it to be done without interrupting payments to recipients.

According to an analysis by the Tax Foundation, states began 2020 with total trust fund balances of $75 billion. That total is now $25 billion, a figure that could have been worse, wrote foundation vice president of state projects Jared Walczak.

“A faster-than-expected jobs recovery has helped many states remain solvent,” Walczak wrote in December. “In May, active unemployment claims peaked at 22,794,145. As of Dec. 12, they stand at 5,294,701 — still over 3 million more claims than pre-pandemic, but a dramatic improvement from the early months of the pandemic.”

Minnesota’s average weekly benefit of $478 is the fifth highest in the U.S. (behind Hawaii, Massachusetts, North Dakota and Washington) according to research by the Tax Foundation.

While a reserve of $1.5 billion sounds like a lot of money — and the state trust fund was at $1.7 billion on Jan. 1, according to a report by the U.S. Department of Labor — Minnesota did not reach levels suggested by the federal government.

“The dollar amount in the state trust fund is not a very useful measure of state solvency since no comparison is made to the fund’s benefit liabilities or state size,” the report stated.

Instead, the department looks at what it calls the “solvency ratio,” which measures the fund balance against the three highest years of benefit payments to measure a trust fund’s resilience in a recession. A ratio of 1.0 is considered the minimum needed. Minnesota’s was 0.94 at the beginning of 2020. Iowa was at 1.47, South Dakota at 1.81, North Dakota at 1.19 and Wisconsin at 0.97.

Mark Haveman, the executive director of the Minnesota Center for Fiscal Excellence, was prescient about the health of the fund when he wrote this in March: “To be sure, the UI trust fund is in much better condition than it has been in the past and is in good shape to withstand a short, sharp recession, especially with the federal government’s help. But our ability to weather a longer storm appears to be not as strong as has been depicted.”

Which is why state officials consider the passage of the COVID relief bill in Congress good news. Rather than have to borrow an additional $200 million to pay for a 13-week extension of benefits for some 120,000 state recipients whose benefits were set to expire in late December, the federal government will cover those costs. The Legislature had approved the extension on Dec. 14, but lawmakers also said that the state should not borrow the money if the federal government stepped in.

But the federal extension runs only 11 weeks, and Grove said the state isn’t yet sure if it can use other federal dollars to extend it two extra weeks to meet the state’s own extension. It is also possible the state could borrow enough to cover those two extra weeks, but those decisions await guidance from the federal government, he said.

A $300-per-week bump up in the congressional bill, similar to the $600 bump up that expired at the end of July, will be funded by the federal government, not the states.

While some unemployment borrowing has been forgiven in past recessions and interest payments have been waived in others (including this one), the states must currently assume they will have to repay the money. And since the source of money for that is the same as for regular state benefits — assessments on employers — that is where the state will go to pay debt and refill the trust fund.

Grove said DEED has flexibility to set rates as well as the timing for higher assessments. It could decide to wait awhile before repayment begins. It could also stretch the repayment out over years so as to make the monthly impact less.

But one thing the department has already done is waive the normal rate-setting rules, which combine a base amount per employee plus what’s called an “experience rating.” That means that employers who use the system more through more-frequent layoffs, for example, pay more than those in more-stable industries.

“You could make an argument that just about any job lost in 2020 had some relation to the pandemic,” Grove said.

Rates for 2021 will not take the experience rating from 2020 layoffs into account.

“You do try to not make it a giant hit at once,” Grove said of increasing rates to repay the borrowing. “That would be pretty disastrous for the economy. We don’t want to hit employers when things are at their absolute worst, especially those employers who have had to suffer at the hands of the pandemic.”