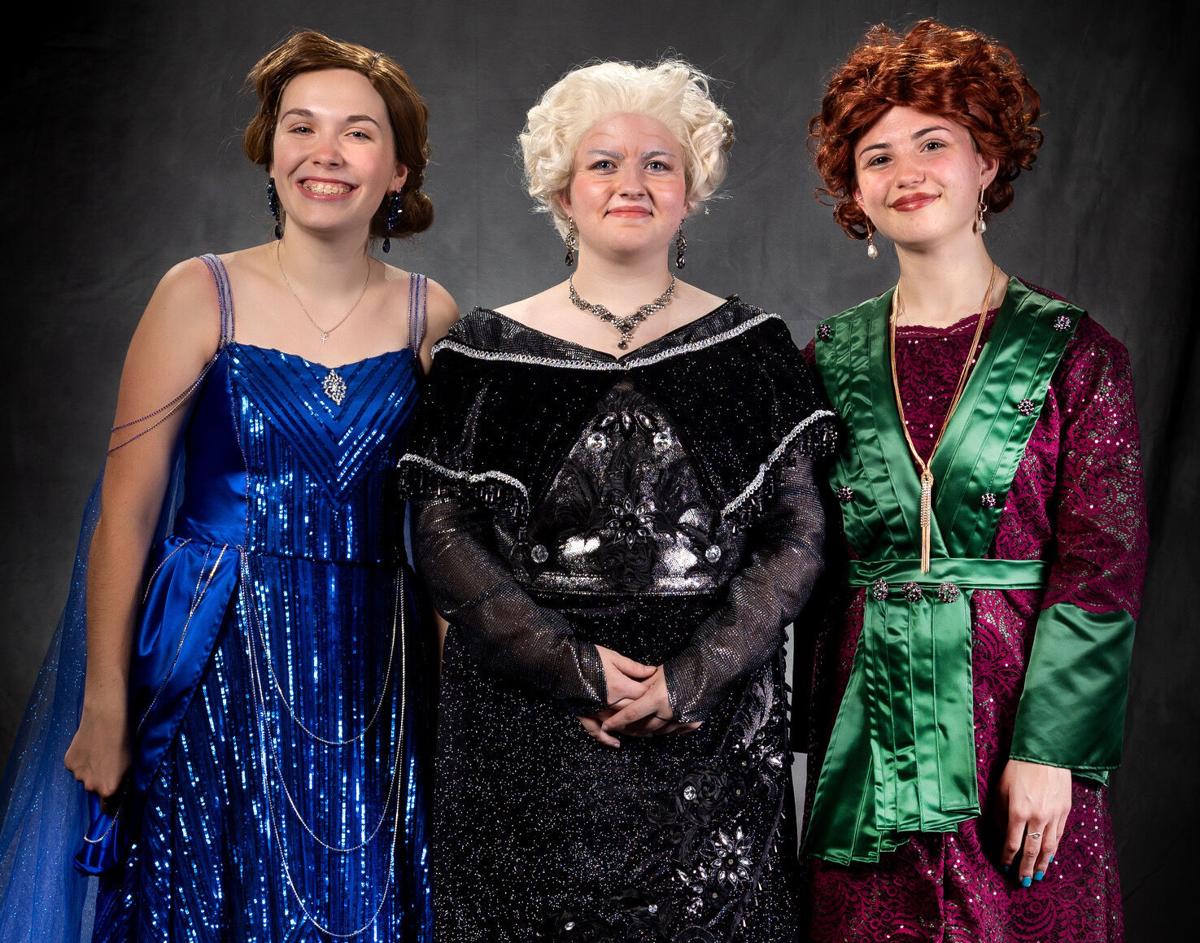 Costuming in this year’s Hutchinson High School musical will be more intensive than ever. “A lot of these costumes, especially some of the royalty, are costumes you’d never see on a high school stage,” director Jason Olson said. Pictured are Lily Schimmel, Hope Taylor and Chevelle Karg, who play the roles of Anastasia Romanov, The Dowager Empress and Lily Malevsky-Malevitch, respectively, showing off some of their costumes. 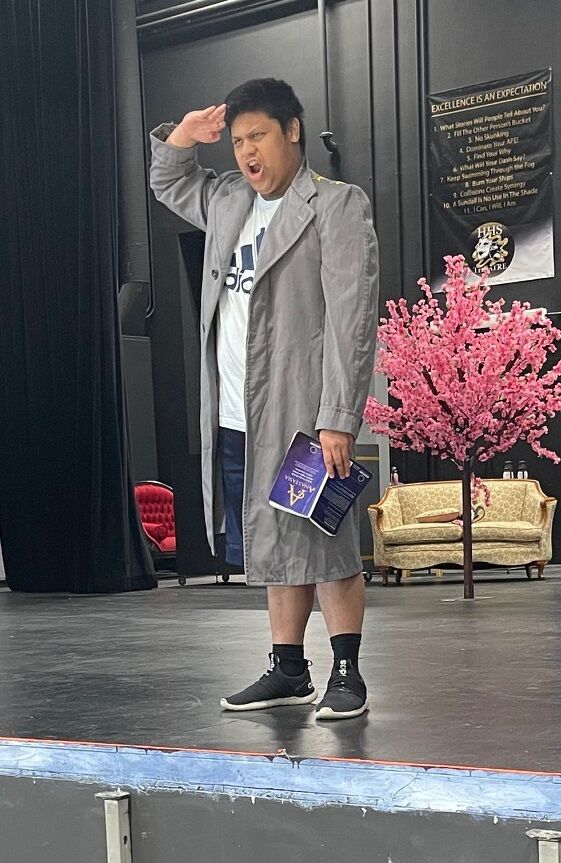 Costuming in this year’s Hutchinson High School musical will be more intensive than ever. “A lot of these costumes, especially some of the royalty, are costumes you’d never see on a high school stage,” director Jason Olson said. Pictured are Lily Schimmel, Hope Taylor and Chevelle Karg, who play the roles of Anastasia Romanov, The Dowager Empress and Lily Malevsky-Malevitch, respectively, showing off some of their costumes.

“I love it,” said senior Chevelle Karg, who has been part of the theater program for six years. “It’s definitely very exciting and way bigger than the shows I’ve been in.”

The show — based on the 1997 animated film by the same name — adds a wrinkle to the historic record and supposes Anastasia Nikolaevna Romanova may have survived the downfall of her royal family in Russia. Although the main character doesn’t know who she is at first, she seeks to find out and decide her future.

“I’m excited to see us experiment with a lot of emotion behind the show,” Karg said. “We’ve never done one that has a historic background, to really dive into what the characters were like.”

Karg plays Countess Lily, the lady in waiting of the Dowager Empress. She encourages others to be themselves and embrace where they came from.

“She is very crazy and therefore, I like to say, comedic relief,” Karg said. “She is big and bubbly and really fun to play. I think people will enjoy how outgoing she is.”

In addition to her work on stage, Karg wears many other hats. As marketing director she runs all social media for the show. She also helps with sets, assists in choreography and acts as “everyone’s right hand” as needed.

Speaking of marketing — tickets are available online at our.show/hhsmusical for $10 in advance. Tickets are $12 at the door for the shows, which are 7 p.m. Wednesday through Saturday, Oct. 27-30, and 2 p.m. Sunday, Oct. 31, all at Hutchinson High School.

Arthur Gonzalez, an 11th-grade performer who has been on stage since sixth grade, believes audiences will be thrilled by the final act of the show.

“There is something towards the end that’s really exciting,” he said. “But I don’t think I should spoil it. It’s a really strong ending.”

“But he’s not really a traditional bad guy,” he said. “He’s a Russian soldier, and his father was the person that helped to murder the Romanov family. So Gleb wants to follow in his father’s footsteps and finish the job by killing Anastasia. But the twist is that he’s in love with her as well.

“Anastasia” was first considered for production in Hutchinson last year after it became available, but with COVID-19 it was held for later.

“The problem with doing the show during COVID was they didn’t have recorded music available last year, when we weren’t allowed to have a pit (band),” said director Jason Olson. “We went on to another option and had a great show. But this year, we were able to thankfully, excitedly, welcome the pit back. We have over a dozen student musicians and Mr. (Kevin) Kleindl is back helping me out.”

“I am super excited to have the pit back,” Karg said. “I really missed them last year for live interaction.”

“We get to hear the musical cues and can slow down and speed up the tempo as needed,” Gonzalez said.

Hutchinson High School will be among the first to produce the show live in Minnesota.

“I had heard from a lot of people who have fond memories of the movie. For example, one of my adults working with students with makeup and wigs, she said it was one of her favorite movies of all time,” Olson said. “Another thing I like, even though it’s bad history, there is a historic element. As a history teacher, I’m really attracted to that.”

To further enhance the show, the crew will make use of digital projection technology for backdrops.

“We received a generous grant from the Burich Foundation to purchase a rear projection screen,” Olson said. “We are really all in on digital projections this year for a lot of scenery. In fact, the projections we are using are the same used at Broadway.”

Such a big show also comes with its share of challenges, including intensive costuming needs.

“A lot of these costumes, especially some of the royalty, are costumes you’d never see on a high school stage,” Olson said.

A cast and crew pushing 60 members have come out for the production, with about 75% of them newcomers.

“Some people would say maybe the musical, if you have that many new, start small,” Olson said. “But we went even bigger.”