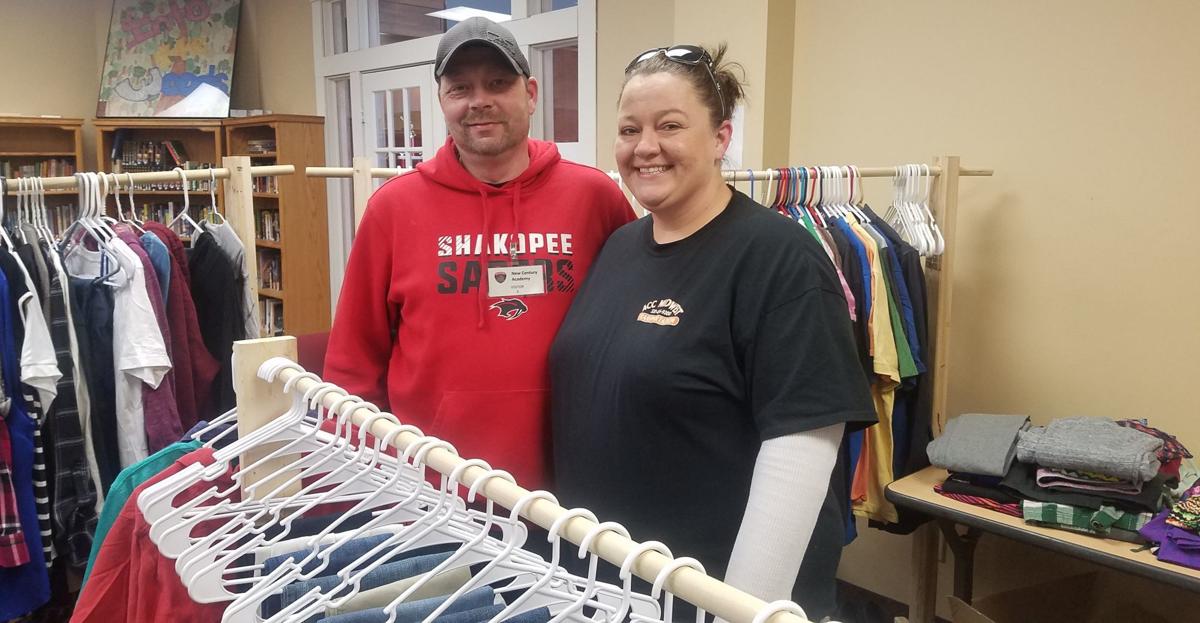 Jeni Silva and Jason Schuch stand amidst the clothes, hygiene products and other supplies their family collected during the past month. The items are being used to stock a free “store” at New Century Academy that aims to make sure students have what they need. 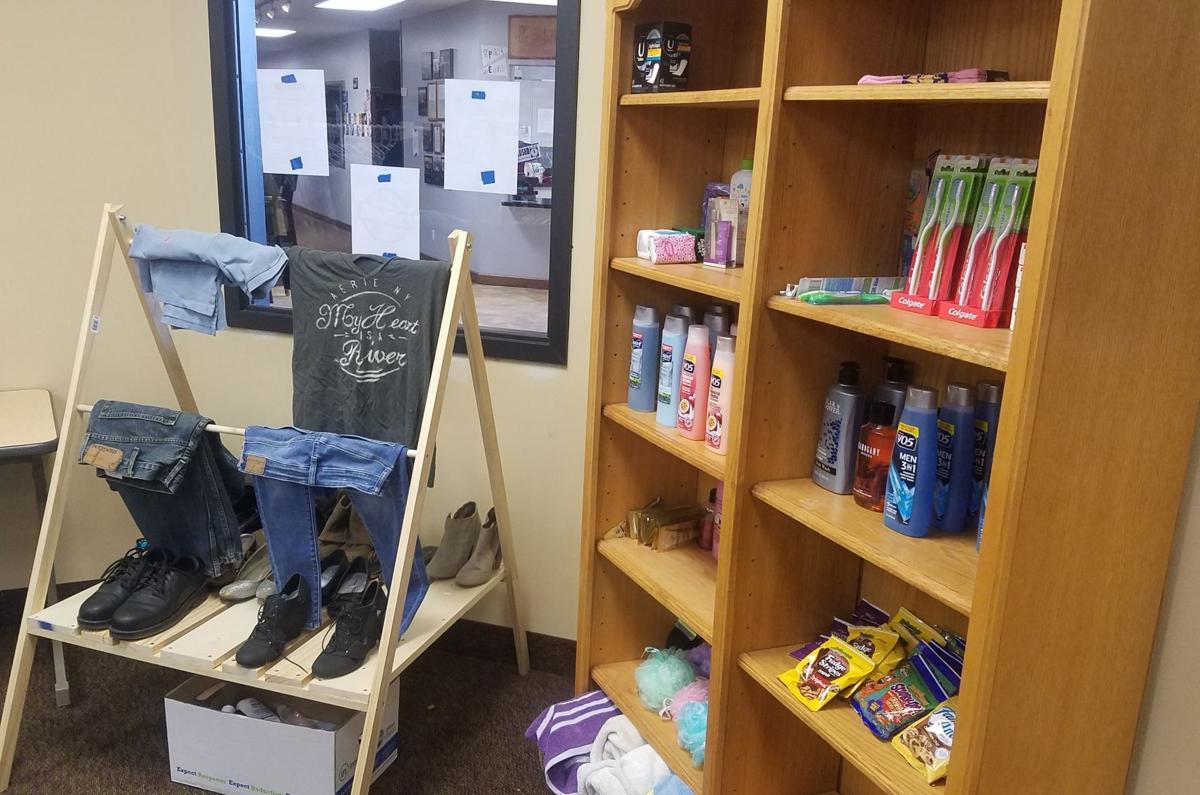 Shelves and displays in New Century Academy’s new student center are stocked with items kids might need to feel healthy and comfortable at school.

Jeni Silva and Jason Schuch stand amidst the clothes, hygiene products and other supplies their family collected during the past month. The items are being used to stock a free “store” at New Century Academy that aims to make sure students have what they need.

Shelves and displays in New Century Academy’s new student center are stocked with items kids might need to feel healthy and comfortable at school.

Both her children and others who attend New Century Academy tell her about the daily needs or comforts that many may take for granted, but others go without.

"I drive school bus and I do a lot of talking with the kids," she said. "They were expressing needs they had."

Clothes for school, for exercise and for job interviews were on the list. So were toiletries, hygiene products, towels and blankets for which some kids don't want to burden their parents.

"I know times get hard by the time you pay housing, electricity, all those things," Silva said. "It gets down to the wire. ... I kept telling Jason (Schuch, her fiance), 'You know, if there is this need it's not just our bus. It means there is a bigger picture.'"

So she decided to do something about it.

After running the idea for a free student "store" by NCA director Jason Becker, Silva started with a Facebook post. Area residents responded with offerings of clothes and money.

On Wednesday afternoon, Silva and Schuch were in the NCA student center setting up the new addition they've spent the past month preparing. Clothing racks Schuch built were filled with clothes and shelves were nearly full of shampoo, towels, personal hygiene products and more. Supplies came from numerous sources.

"It's cool how everyone is positive about this," Silva said. "I haven't heard one negative thing. ... The community has just dumped all of their clothes and been super supportive."

Local businesses have stepped up to offer soap, toothbrushes and toothpaste. Silva and Schuch had help from their six kids — Tyler, Billy, Madi, Miki, Joey and Jaycee — in collecting and sorting donations, and spreading the word. Silva's coworkers and boss pitched in as well. Silva even reached out to Dave Ryan from KDWB, and he agreed to donate copies of his book, "Take a Shower, Show Up On Time, and Don't Steal Anything: And Other Sh*t I Learned the Hard Way."

"This is an idea really motivated by a parent and a need that she could see in our students and students in general, really," Becker said. "We embraced it. If she could do the leg work, that's great. It's good for our kids and we could provide the space."

Silva said she hopes to see the project grow large enough that the free store can periodically be open for those not attending school at NCA.

"I don't know where it will go," Becker said. "It can go a lot of places. The selection can expand to what people need. It could develop into its own mini food shelf. ... You want to reach people wherever you can."

He said some people may be reluctant to go into public and ask for help, but may be more comfortable asking in a place they feel is safe.

Anyone with supplies or money to donate is welcome to stop by the school, which can be found at the intersection of South Grade Road and School Road. Silva said those interested can also email her at jksilva83@gmail.com or find her on the Facebook fundraiser New Century Academy Fresh Success. She plans to keep the free store maintained. It officially opened for "business" Thursday.

"Our living room and dining room were under clothes," Silva said. "We finally got it back last night."

Becker said students will be able to visit the store and take what they need whenever they need it.