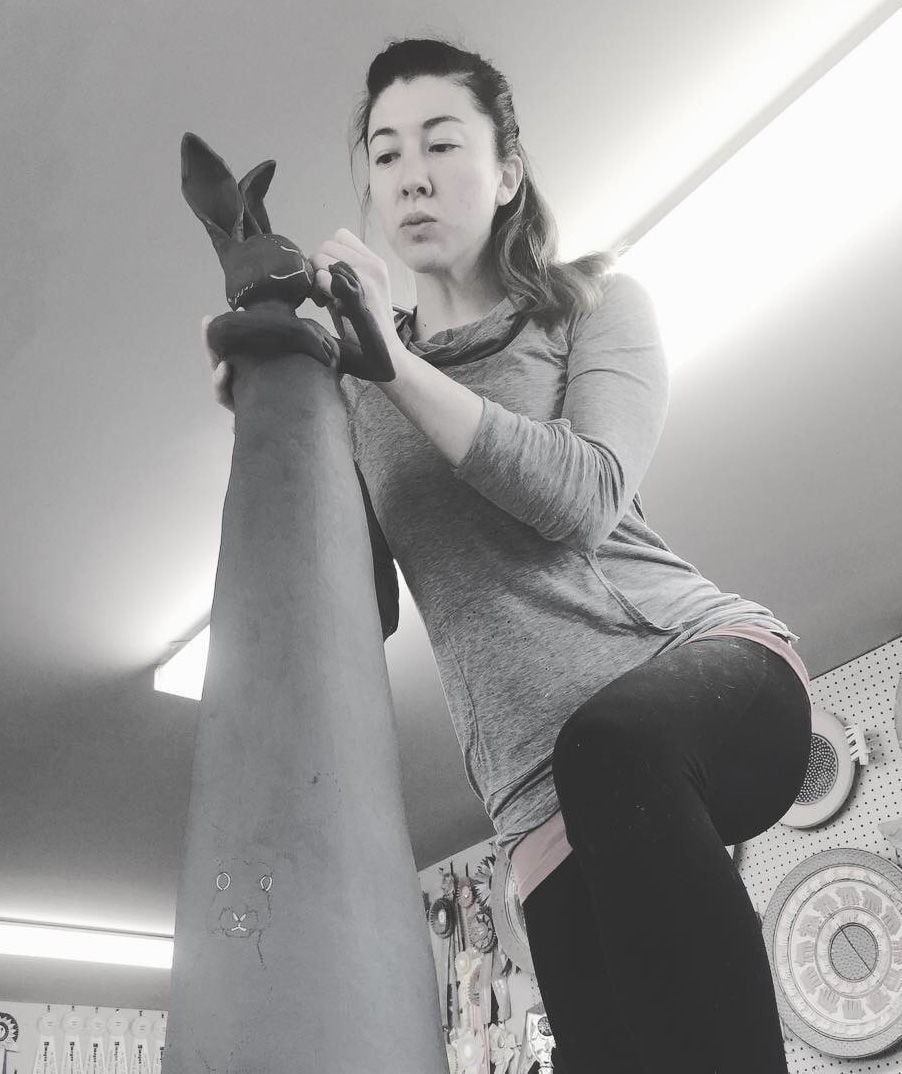 Above — Potter Reiko Cunningham-Uchytil is working on one of her whimsical rabbit sculptures. 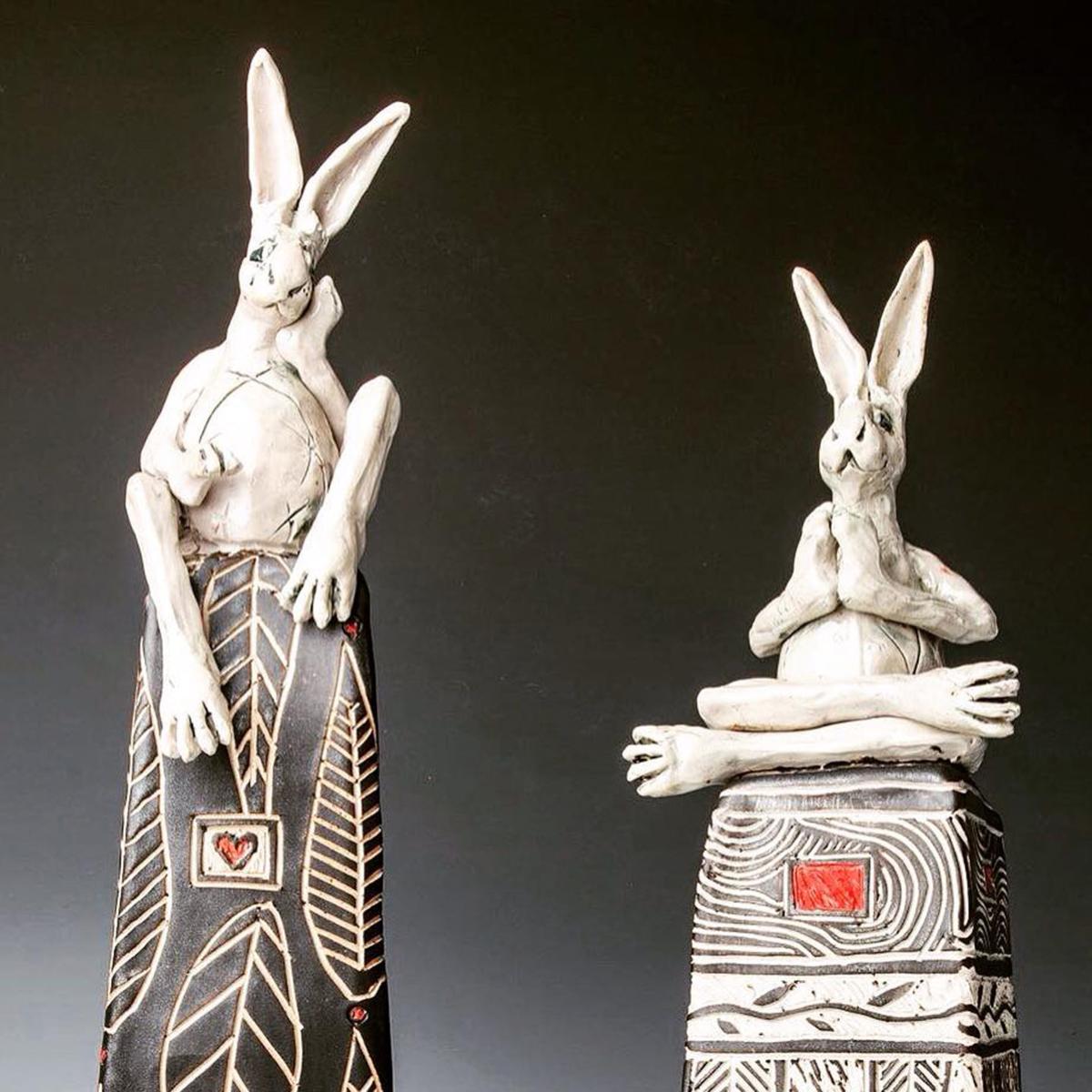 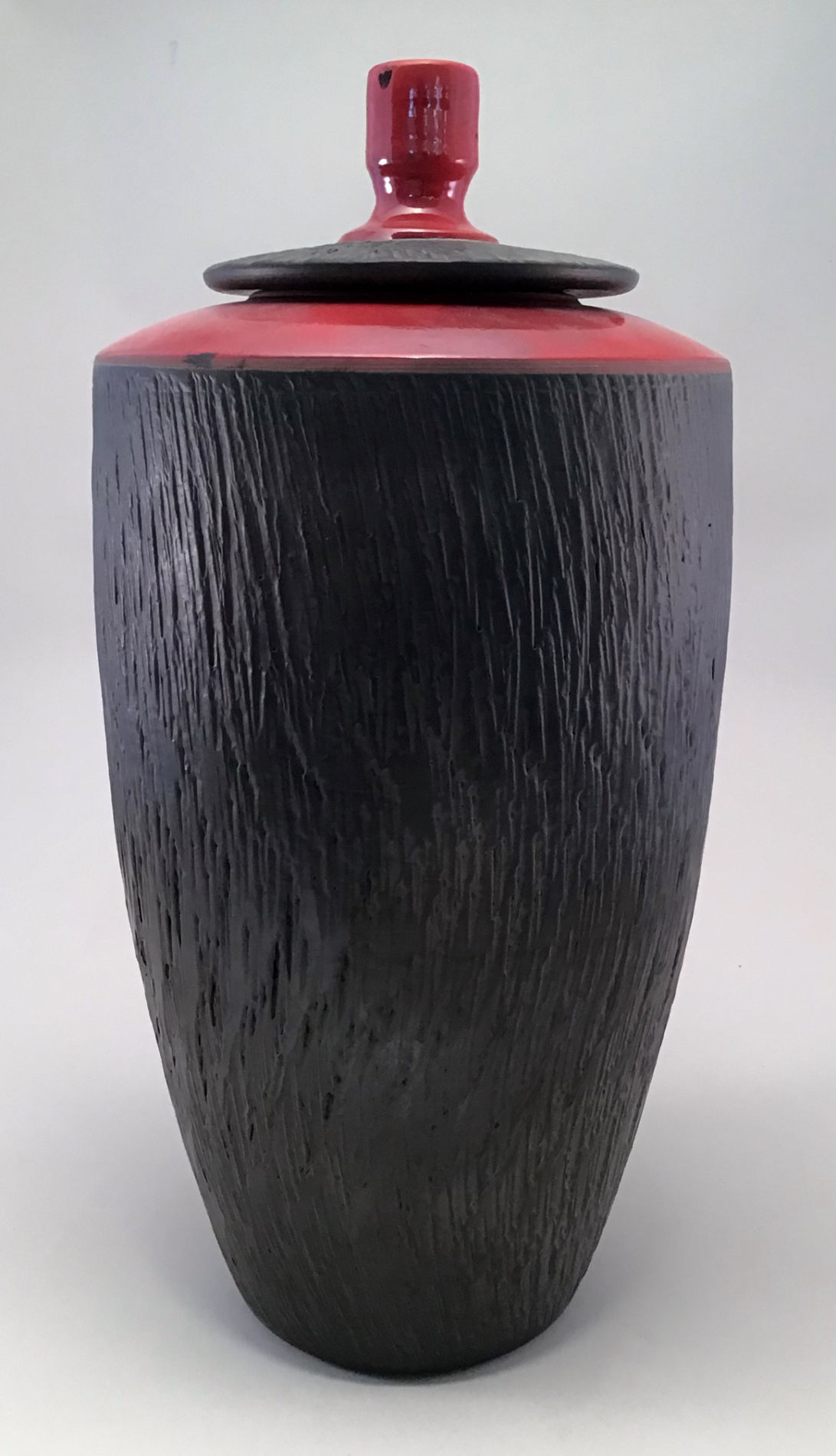 This is an example of the work created by Joe Frank McKee. 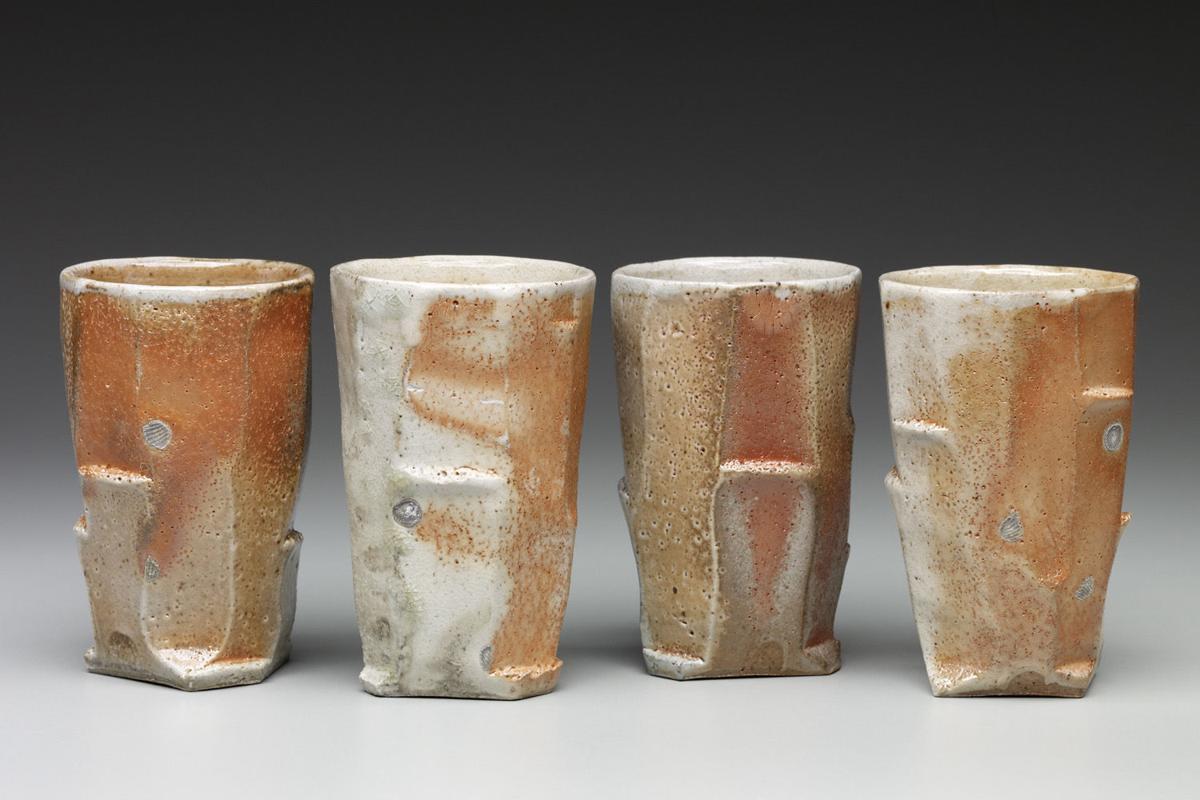 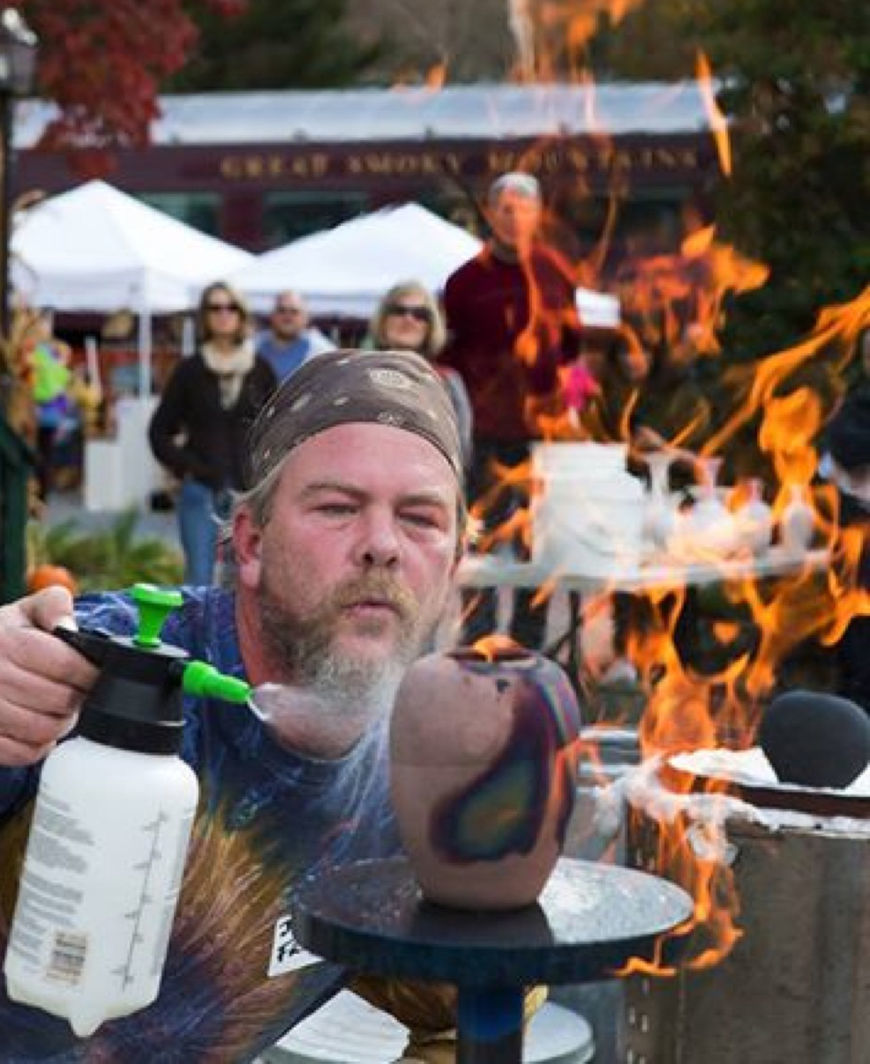 Potter Joe Frank McKee of Dillsboro, North Carolina, is demonstrating the art of Raku firing at the Minnesota Pottery Festival. 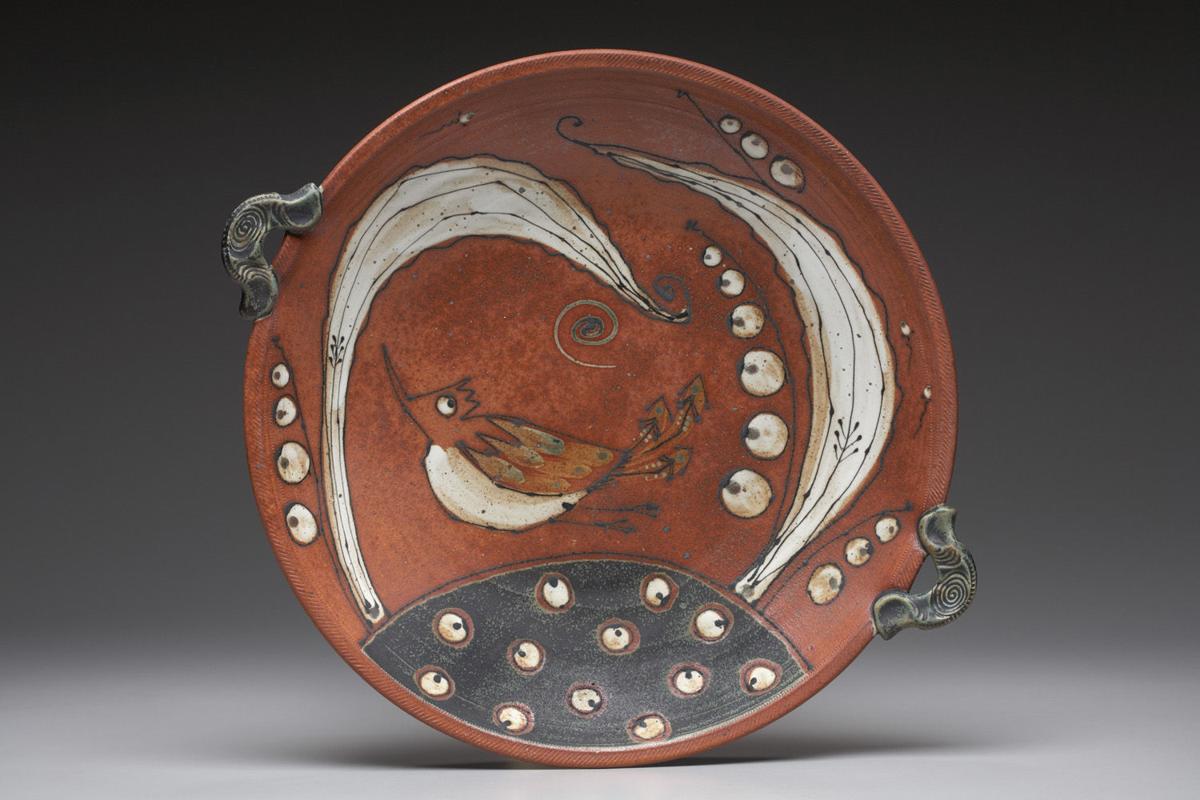 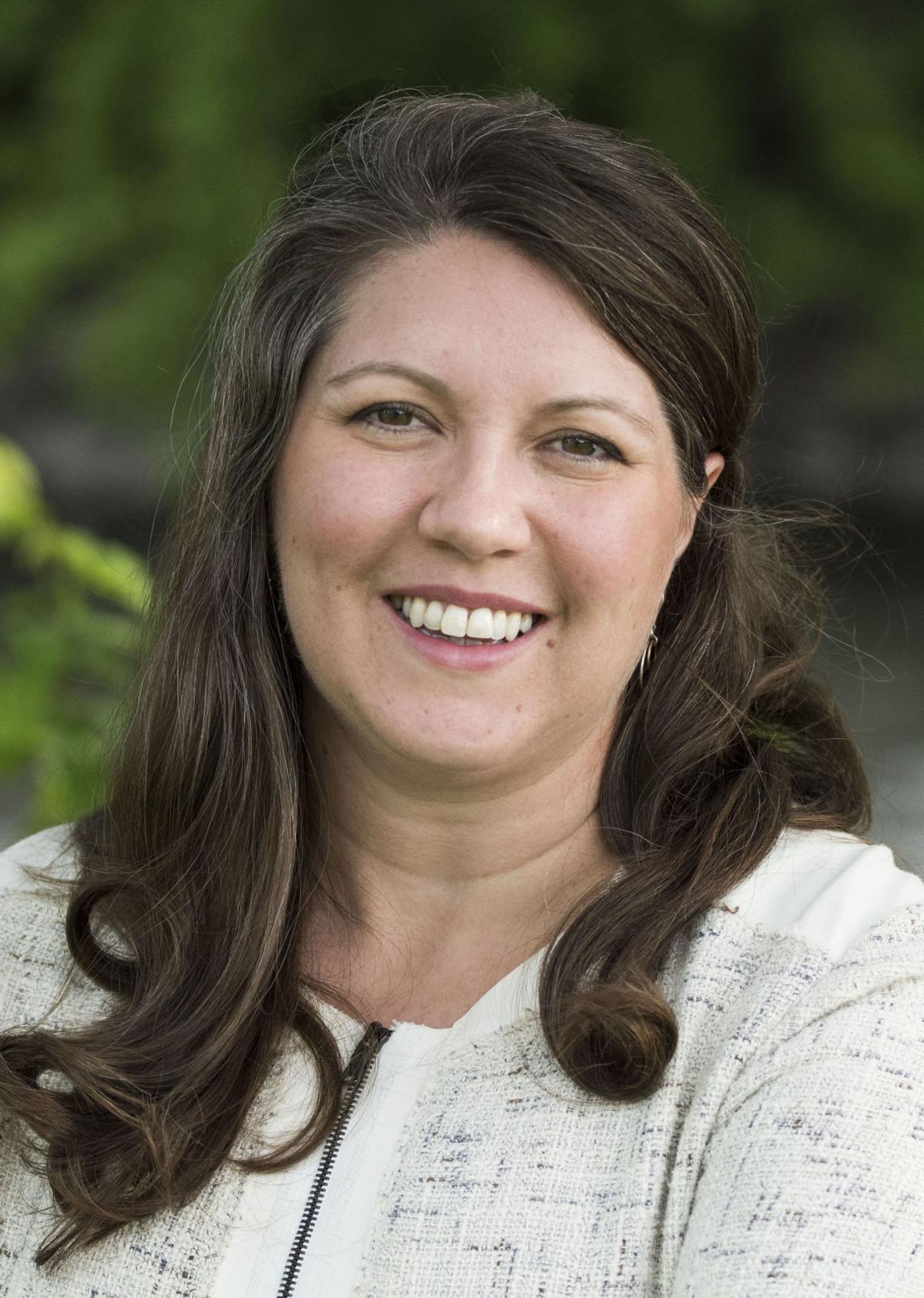 Above — Potter Reiko Cunningham-Uchytil is working on one of her whimsical rabbit sculptures.

This is an example of the work created by Joe Frank McKee.

Potter Joe Frank McKee of Dillsboro, North Carolina, is demonstrating the art of Raku firing at the Minnesota Pottery Festival.

The National Council on Education for the Ceramic Arts, or NCECA, is hosting its 53rd annual conference, “Claytopia,” March 27 through March 30 at the Minneapolis Convention Center.

This is a big deal because it attracts both an international and national audience of potters, artists, collectors, fans, educators, galleries and organizations. About 8,000 paid attendees are expected to participate and another 2,000 will attend the exhibitions but not the sessions.

The conference has not been in Minnesota since 1996. It moves around each year with stops in St. Louis in 2016, Portland in 2017, and Pittsburgh in 2018. Next year, the conference heads to Richmond, Virginia.

In celebration of “Claytopia,” exhibitions highlighting clay artists and their work are scheduled across the state, including an exhibit at Clay Coyote Gallery and Pottery in rural Hutchinson.

The local exhibit is titled “Minnesota Pottery Festival Past and Present.” It is on display through Sunday, March 31.

According to Morgan Baum, co-owner, the show is an exploration of past and present clay artists from across the United States who have been sharing their craft with rural southwest Minnesota over the past seven years.

“We are highlighting the artists, their process, and showcasing how the Pottery Festival has grown and changed since it was started in 2012,” she said.

Baum shared information about the exhibit in this Leader Q&A.

It’s an honor for Clay Coyote Gallery and Pottery to be selected to host a concurrent exhibit with “Claytopia.” Explain the selection process. What did you have to do?

In February 2018, we applied to be included as one of the concurrent exhibits that are part of the conference program. According to our selection email, the 2019 exhibitions committee received a record number of submissions. After several hours of adjudication, the committee identified 27 proposals they hoped would be featured as concurrent exhibitions.

Why did you want to be part of this event?

When reflecting on the “Claytopia” concept in connection with our concurrent exhibition, we kept coming back to the idea that in rural southwestern Minnesota, our festival has played a pivotal role in shaping a new clay audience that is hungry for more studio pottery and artfulness in daily life.

Tell me about the reception on Saturday, March 30.

This is during the conference dates, so more people from around the country have the opportunity to come. Also, while all the artwork is for sale, it will remain on display until the end of the exhibit, so at the end of the day on the 30th, people can start taking their pieces home. We’ll have Clark Machtemes from Traveled Ground performing and some of the participating artists will be there to talk to the community.

Styles such as mini, midi and maxi skirts go in and out of style, is the same true of pottery?

Functional pottery has been in style for all of history. In 3129 B.C., the first known pottery wheel was found at the Sumerian city of Ur in Iran. Clay vessels such as the plate, bowl and cup are one of the first art forms. While functional pottery still makes up the majority of pottery on the marketplace, clay as decoration continues to play a big role, for example, mosaic, sculpture and jewelry.

How has the Minnesota Pottery Festival changed since it started in 2012?

Our concurrent exhibition features a past and present look at introducing a rural community to a variety of clay methods through the work of the artists over the last seven years. From traditionally functional pottery to a variety of other clay concepts. For example, we introduced Ernest Miller to the festival in 2016 as a featured potter. His work appeals to our rural community, but he also seeks “lines that best convey clarity of idea with minimal information considering form and surface.” And in 2017, we introduced Reiko Cunningham-Uchytil’s whimsical sculptures to the audience. Each year we survey the festival audience and the No. 1 reason they continue to come back year after year is to see new pottery and stretch their knowledge, appreciation and love for clay. (Both Miller and Cunningham-Uchytil’s work will be on display in this special exhibit.)

What should people know about this year’s festival?

The eighth annual festival, Saturday and Sunday, July 27-28, will feature 35 artists from around the country. We expect the pottery to be the most vast and diverse to date. There will be more demonstrations and more hands-on opportunities than years past.

We also are always in need of volunteers (it takes more than 65 people) to help with the event each year. And we also need host families to put the potters up for the weekend. It helps keep their expenses down and it’s a great way to get to know the potters.

Exhibit admission: Free and the public is welcome

Minnesota Pottery Festival by the numbers