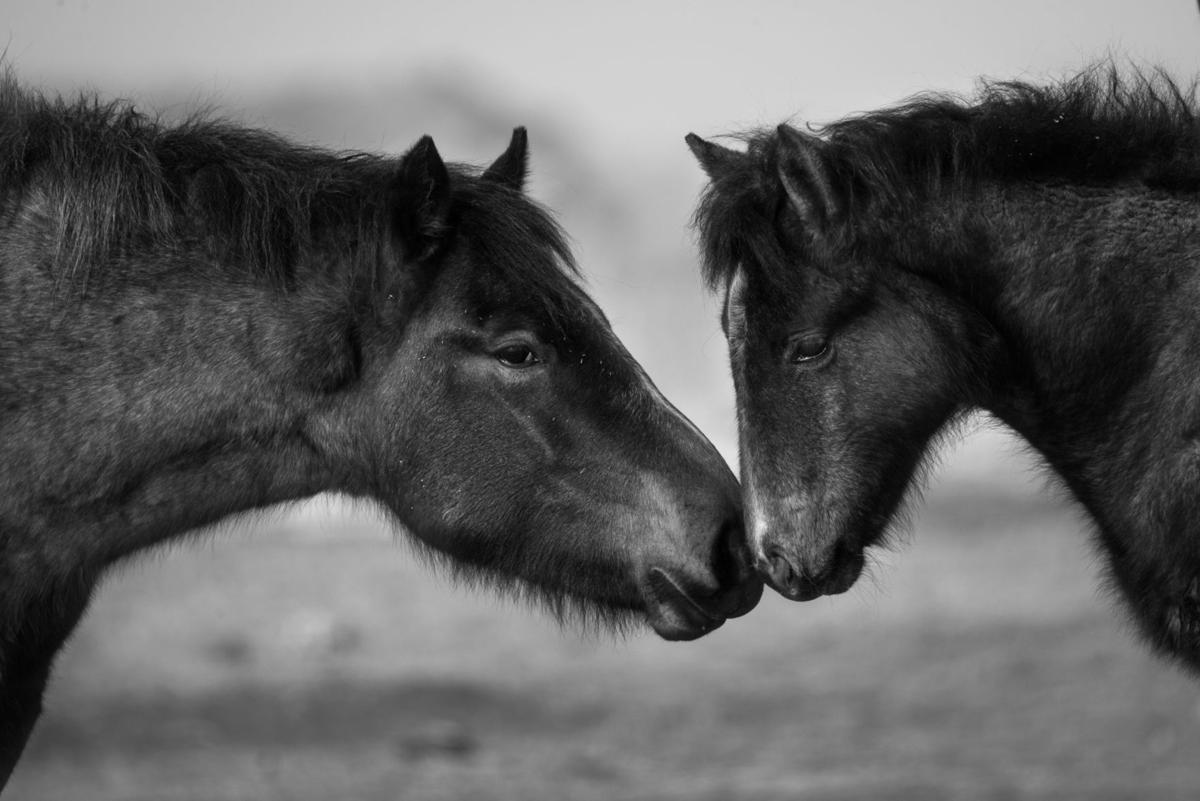 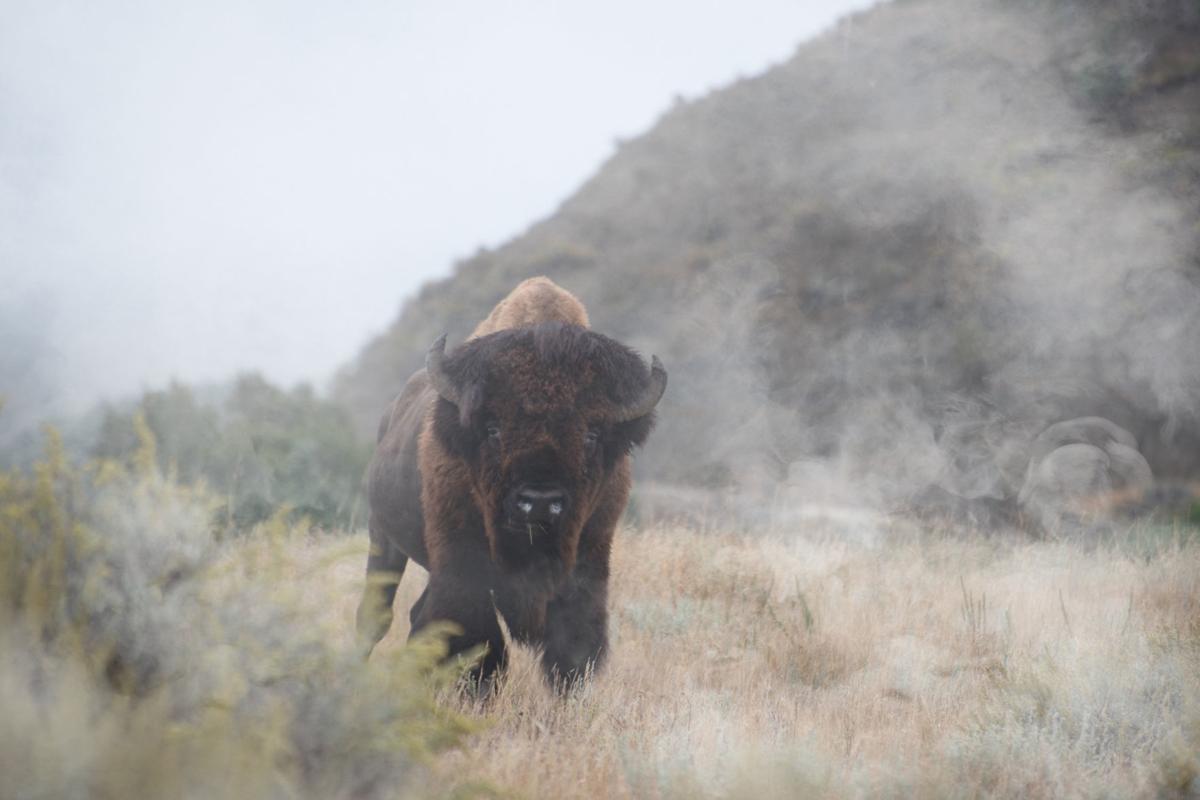 “The Lone Buffalo” by Victoria Dellapaolera 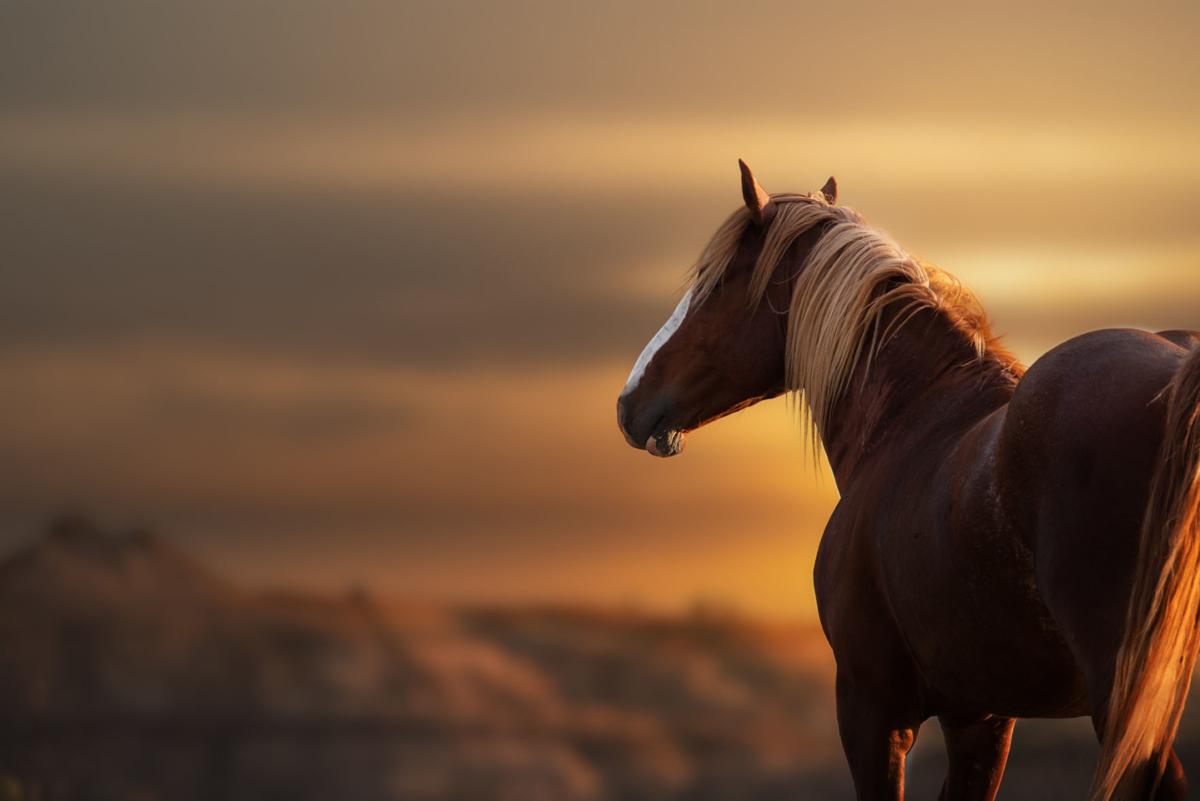 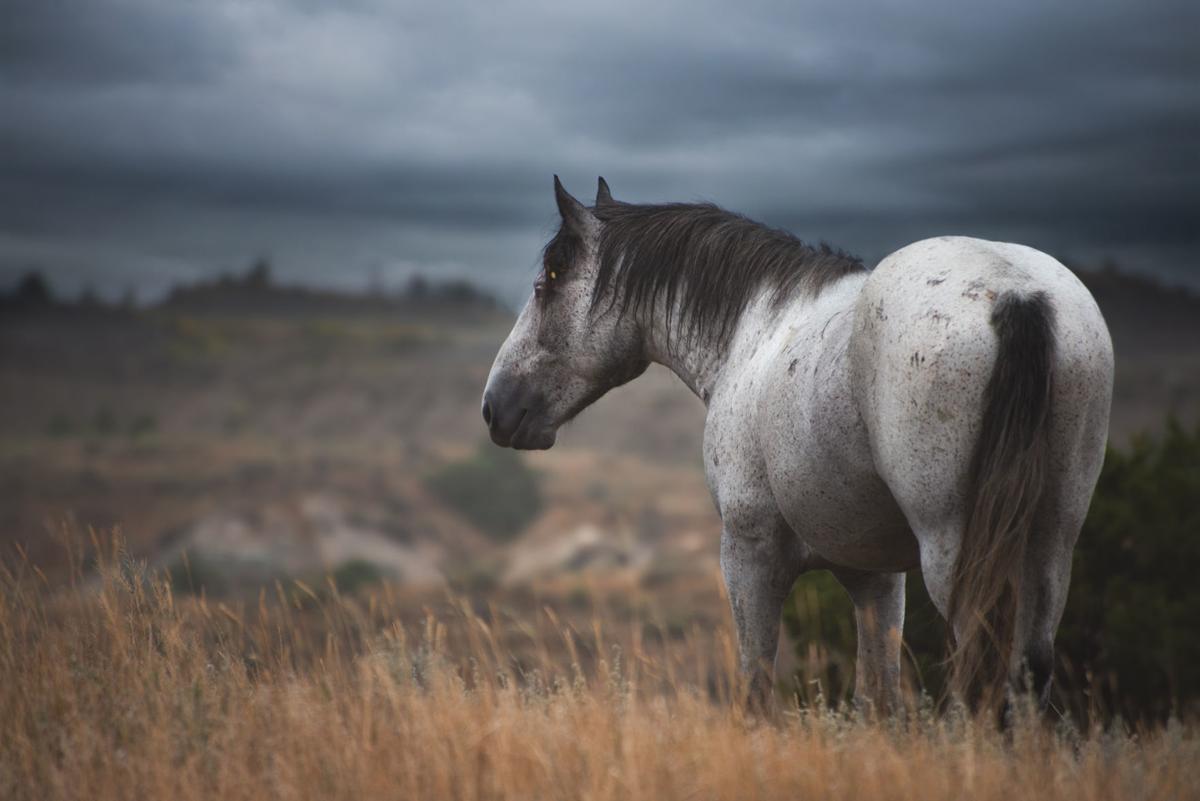 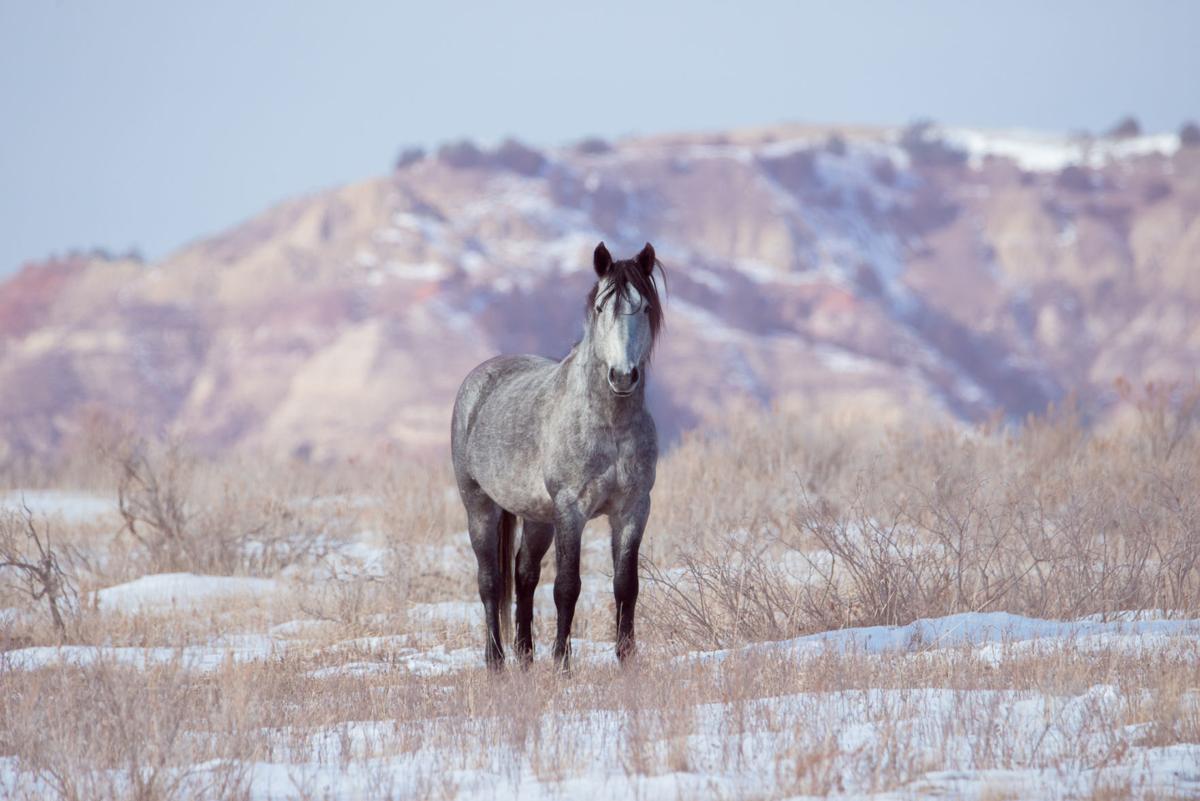 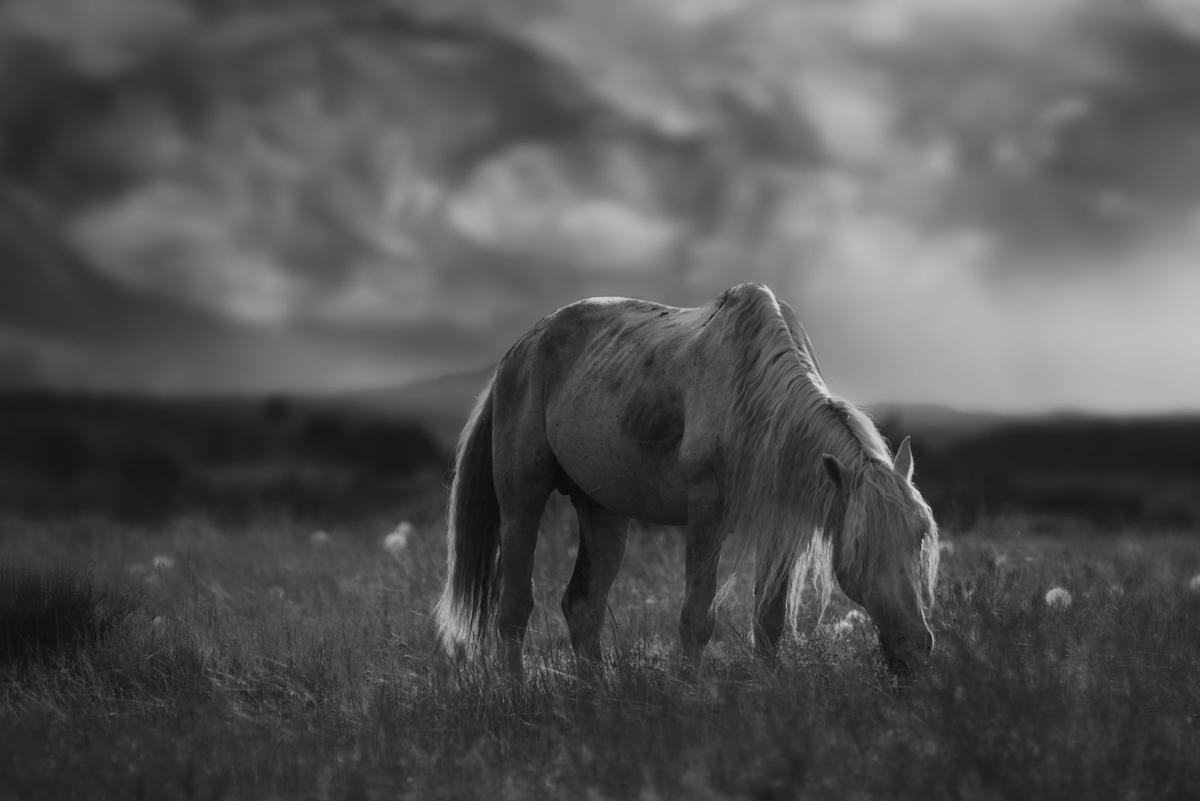 “The End of an Era” by Victoria Dellapaolera 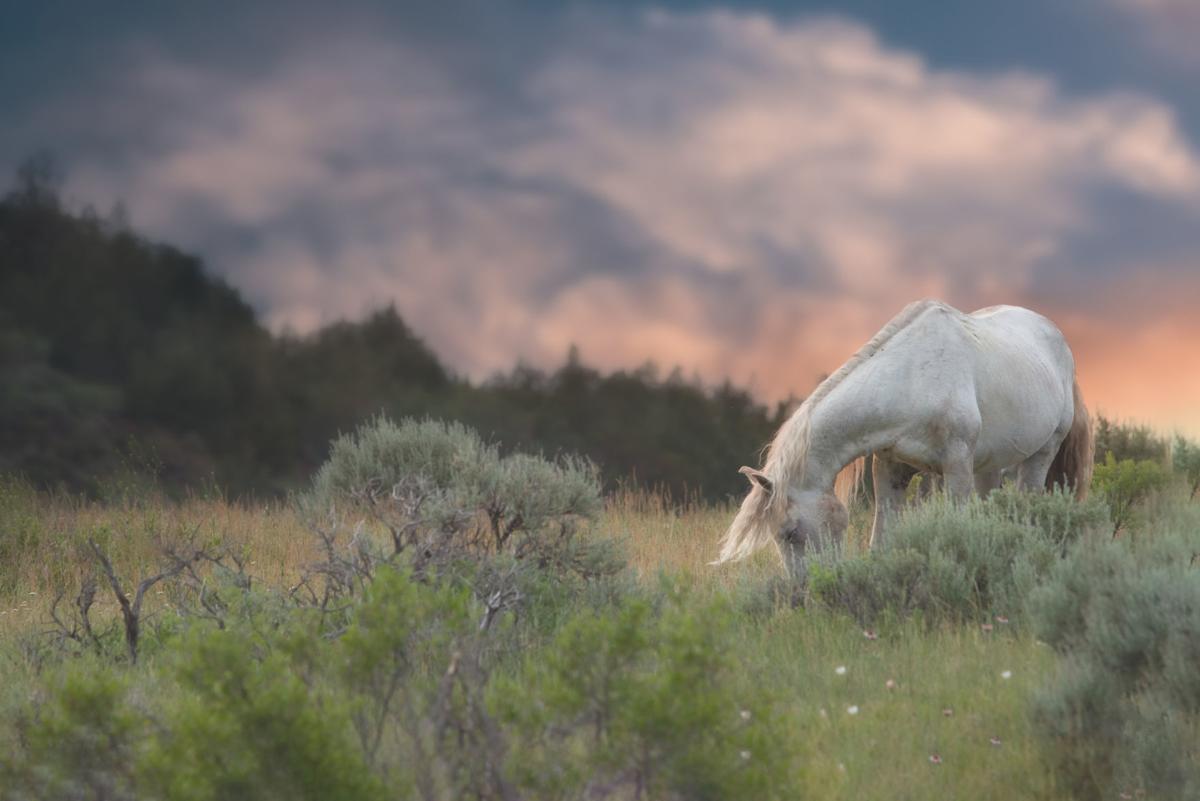 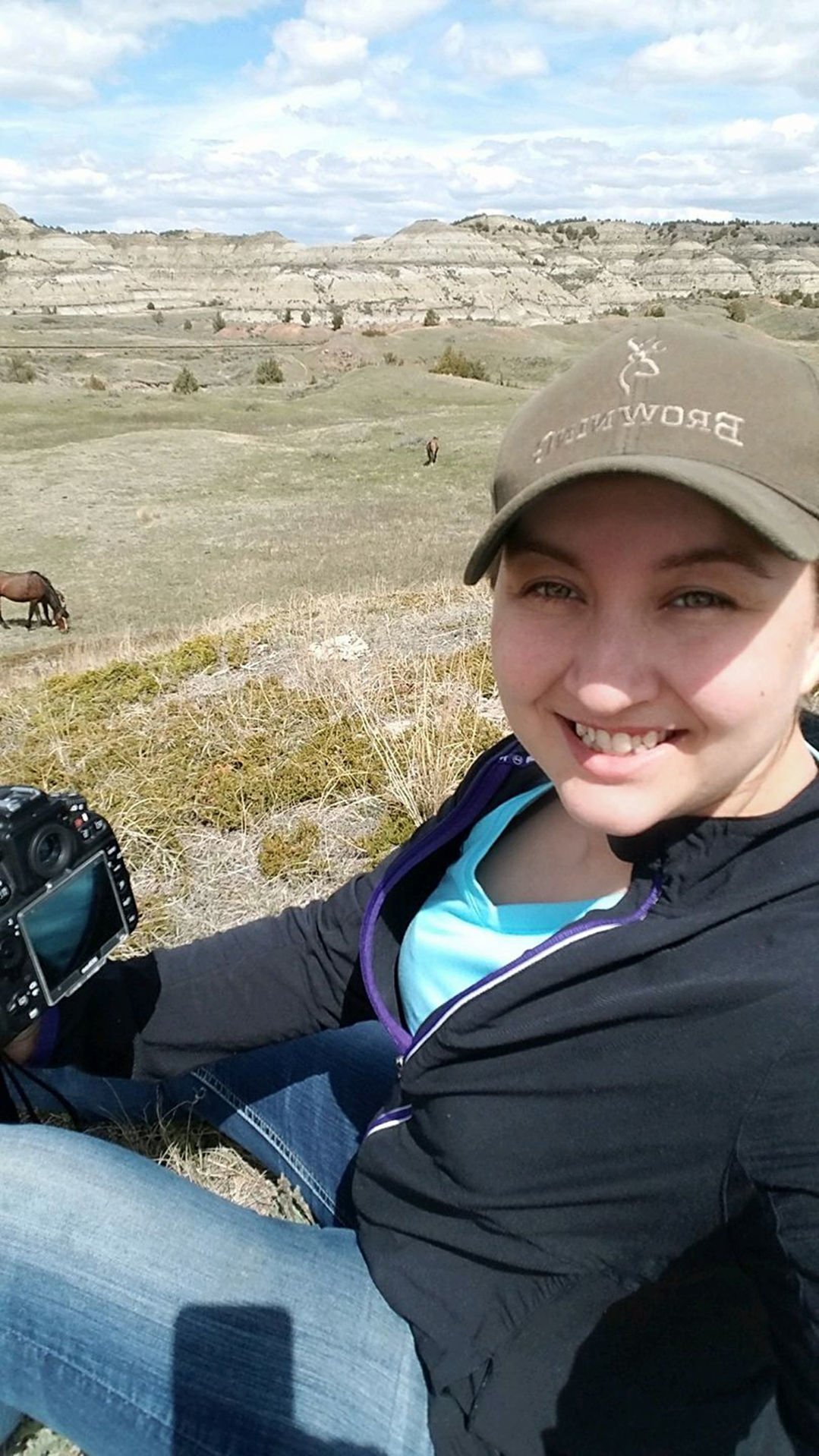 “The Lone Buffalo” by Victoria Dellapaolera

“The End of an Era” by Victoria Dellapaolera

The word "sonder" captured her imagination the first time she heard it.

"It's the realization that other people are living unique lives at the same time you are," she said. "I was fascinated by the word."

The word also describes the complex world of wild horses, the subject of Dellapaolera's exhibit. The show, which features 33 images, is on display through April 20. The photographer will be feted with an artist reception from 6 to 9 p.m. Friday, March 8.

"It's so cool" is how she described her first solo exhibit. "I've had single images in galleries before (but not my own show)."

The opportunity came about when a friend encouraged her to reach out to Ambiente Gallery last year.

"It was the only one I emailed," she said. "I heard back almost immediately. This is so cool. It was my first time trying for a show. I was thinking two weeks and the gallery wanted to do it for two months."

Dellapaolera and her husband, Chris, did everything in preparation for the exhibit. Chris built the frames and Victoria matted her images. Together they spent a day hanging the show.

Afterward, she admitted to stepping back and appreciating the moment.

"It was really, really cool, almost surreal," Dellapaolera said. "I did it on my own."

The 26-year-old, self-taught photographer shot the 33 images on display at Theodore Roosevelt National Park in western North Dakota, which has a herd of about 110 wild horses.

"I'm passionate about wild horses," she said. "There's something about a wild horse, to see an untouched spirit."

"I spent three years solid on this project," she said. "After I got the gallery show, I knew I needed to do better and I could do better."

The key that ties the different images together is raw emotion.

"It's behind everything," she said. "It's unique in that aspect."

Dellapaolera puts her time where her heart is. She's a board member of North Dakota Badlands Horse, a nonprofit group that raises awareness about wild horses living in Theodore Roosevelt National Park.

"I can't say enough about the low-stress method of rounding up horses (they use at Theodore Roosevelt National Park)," she said. "They usually have one auction per year. In 2018, they had two: one in the spring and one in the fall. People come from all over to buy. Usually eight to 12 horses are auctioned."

The auction is conducted online. The key, Dellapaolera said, is to get the bidding price above the market rate, so the horses aren't purchased for slaughter. The slaughter price is $300.

She is quick to say there is a difference between managing and protecting wild horses.

According to the National Park Service, the feral horses have been part of the Badlands since the mid-1800s. For many years, the park attempted to remove all the horses. This policy was changed in 1970 when the horse was recognized as part of the historical setting.

No one wants to see a starving horse, so balance is important to maintain the herd size in proportion to available resources such as food and water.

Currently, there are more horses than resources, so actions such as adoption and birth control are being used to reduce herd size.

To do this, scientists from Colorado State University are monitoring a contraceptive program administered through darts, which eliminate the need to catch and tranquilize the horses. So far, the results have been encouraging.

While the wild horses captured her heart and lens, horses in general have always been part of her life.

"I grew up in Montana across the border from Medora," she said. "My parents had horses. I come from a horsey background. I started training horses when I was 14."

She was introduced to photography as a young girl in 4-H, where she met another photographer who encouraged her interest. Through 4-H and taking photographs of the horses she was training, her natural skills blossomed.

She opened her own professional studio in 2013 in Montana. In September 2018, she packed up her cameras and life and moved with her husband from Big Sky Country to Hector. The couple own a hobby farm where they keep three horses.

It wasn't long before she launched a new photography business in her home, but it was a challenge juggling it with family pets and responsibilities, so om 2018 she opted for new digs at the Minnesota Website Company building at 19 Main St. N. in Hutchinson.

Next up for the photographer

It's not surprising Dellapaolera would like to expand her photography of wild horses by shooting other herds. To do this, she has applied to the National Parks' artist residency program. It's up to each park to participate, so deadlines and details differ from site to site.

"I'm super picky where I want to go," she said. "I am hoping for Wyoming. I missed the deadline for Glacier. There are so many loopholes and not every park does it every year."

To apply, she had to submit a resume, references and a portfolio of her work. She expects to hear sometime this month.

Dellapaolera is also looking forward to a horse drive over Memorial Day Weekend that will take place north of Yellowstone National Park.

She's hoping to use it as fodder for partnering her writing and photographs into stories for submissions to magazines.

Beyond that, more client work, gallery shows and wild horses, of course.

Exhibit: The show, which features 33 images, is on display through Saturday, April 20. Hours are 8 a.m. to 6 p.m. Monday through Thursday and 8 a.m. to 1 p.m. Friday. Admission is free and the public is welcome.