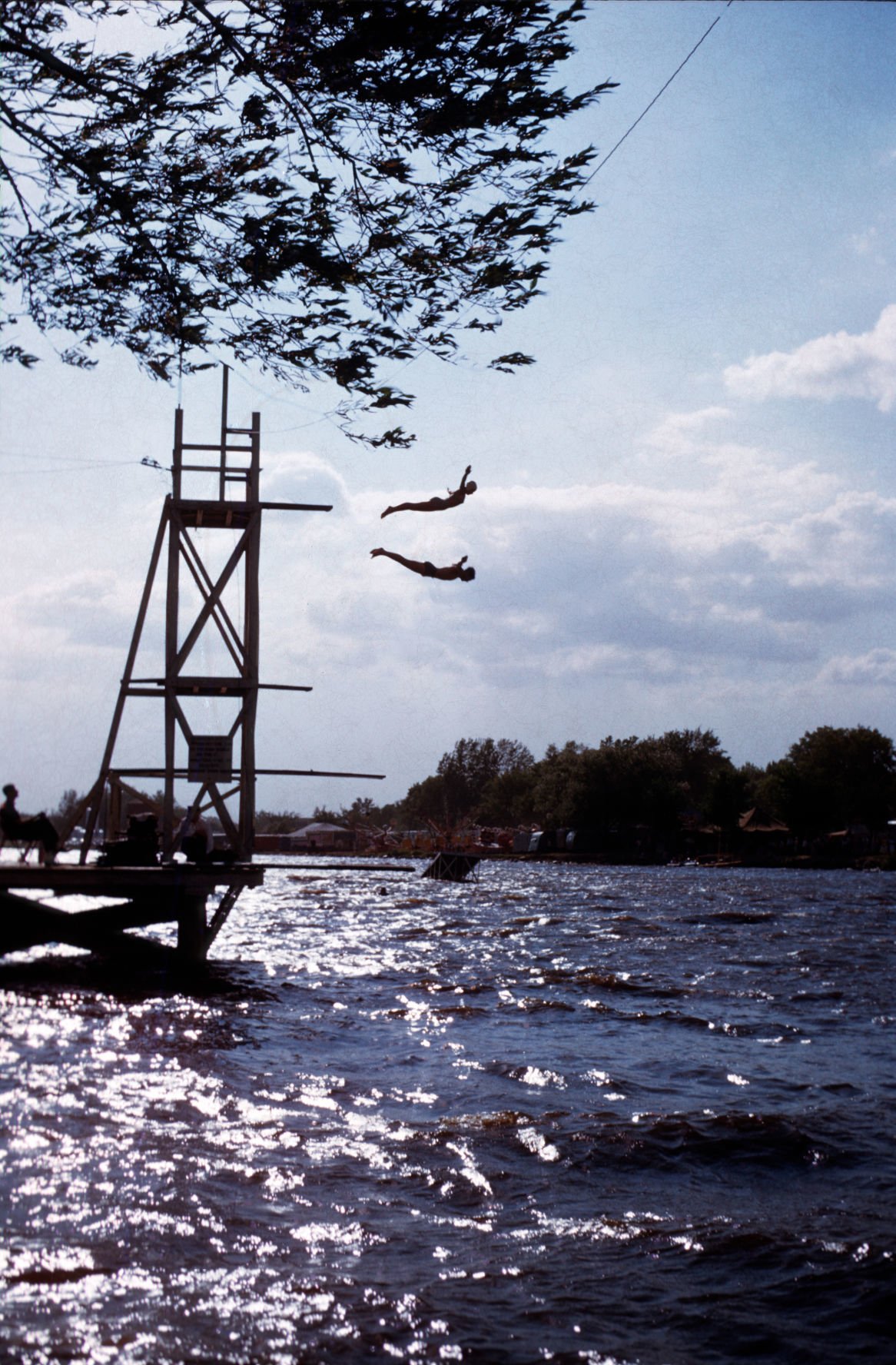 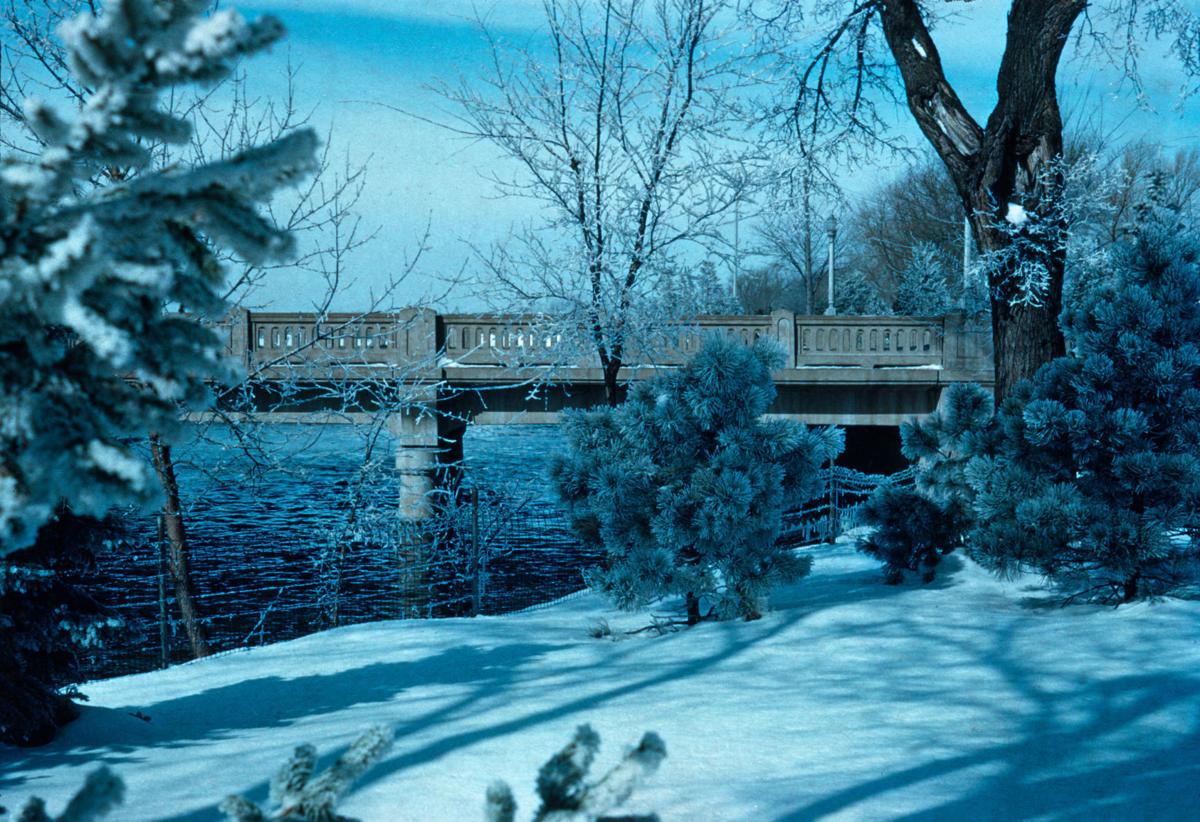 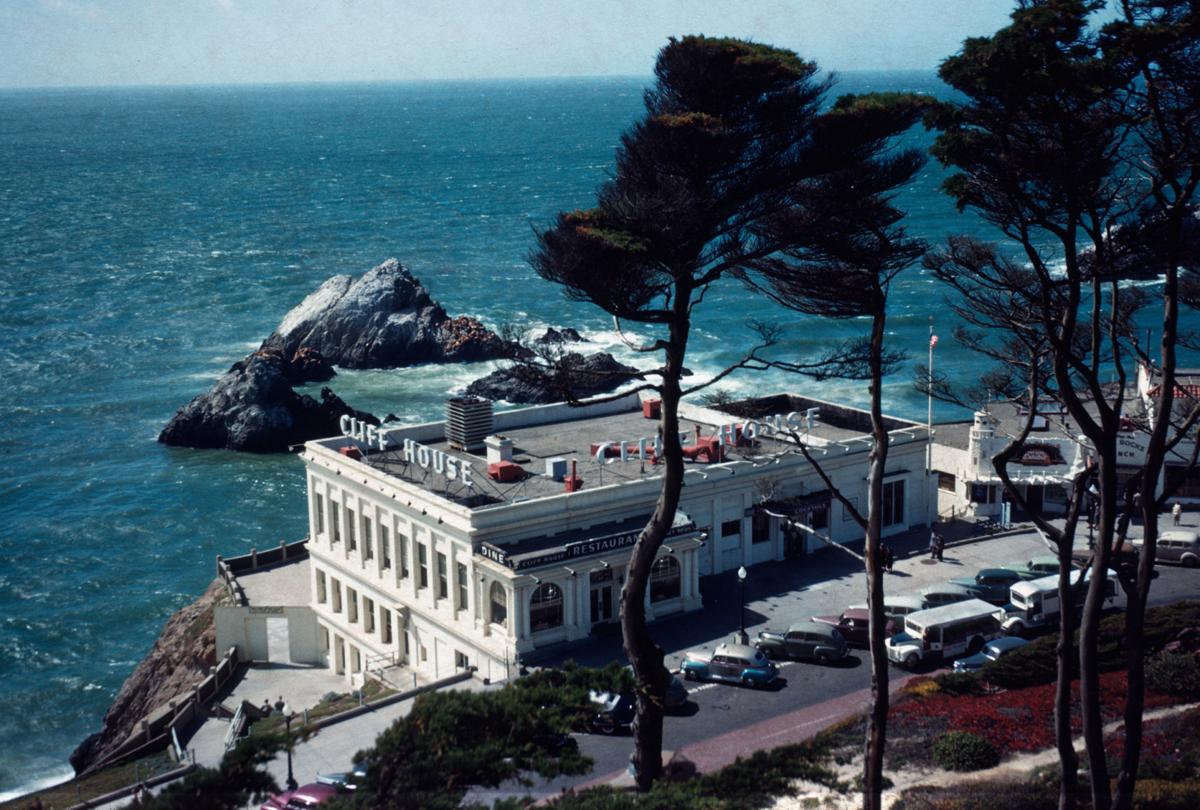 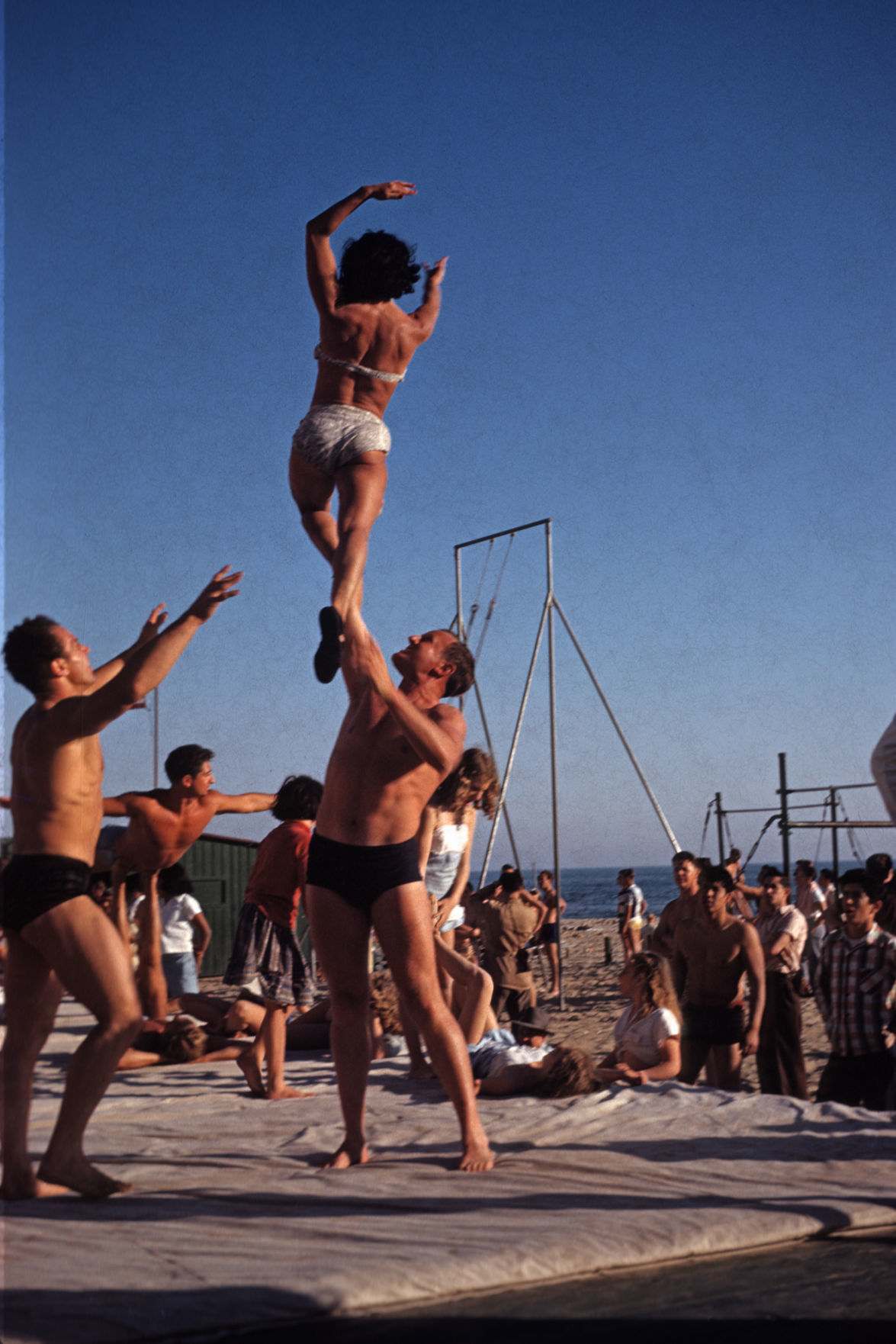 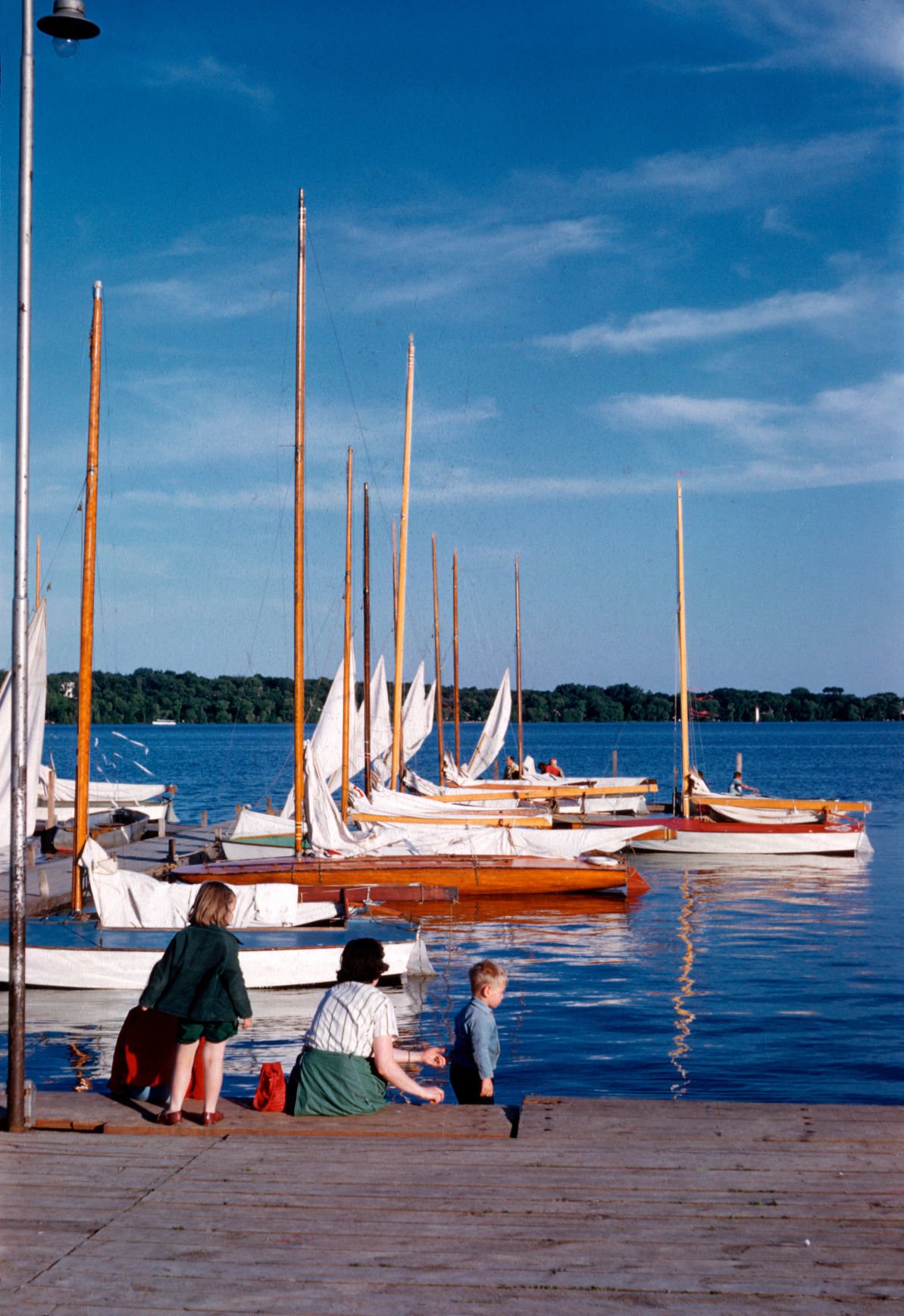 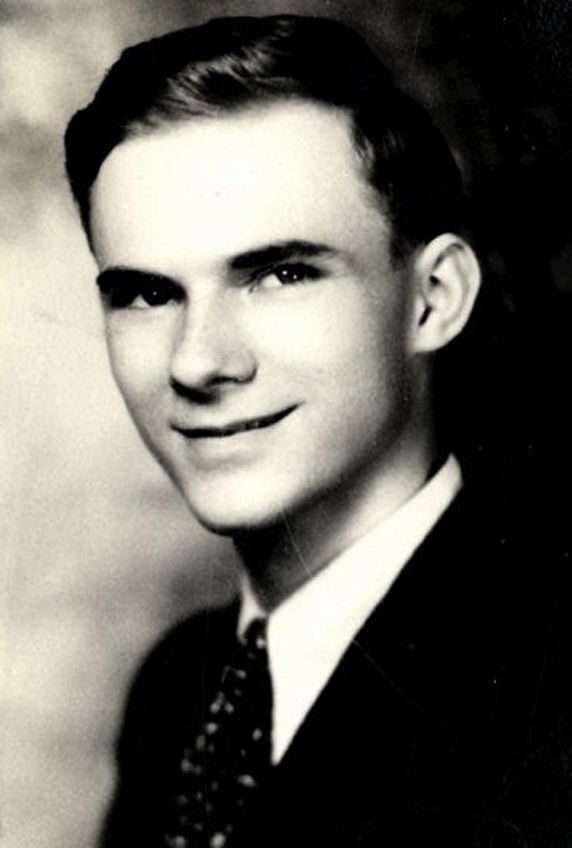 The post-war years have been described as an exuberant time in American history. World War II had ended and everyone from returning GIs to the young and old were ready to turn their backs on the deprivations of war and embrace the joys of living.

It was these fleeting moments of the good times from 1944 to 1955 that Hutchinson native David Tewes captured with his camera. For the first time, his never-before-seen photographs will be exhibited in "Shutterbug: The Mid-Century Photography of David Tewes" at the Minnesota Marine Art Museum in Winona. The exhibit continues through May 3.

Featured in the exhibition are Tewes' photographs of his U.S. Army service in Alaska during World War II, river and lake scenes around Minnesota, and snapshots from his trips to California and beyond. He also photographed large cities such as Minneapolis, Los Angeles and San Francisco, as well as remote locations including Minnesota's north woods.

Jon Swanson, MMAM curator of collections and exhibitions, described the opportunity for the Tewes exhibit as a "long and cool story."

Generally, Swanson works one to two years in advance of a show.

"This has been at least a year from my first contact and we're now getting ready to hang the show," he said. "On average we have three photography shows a year. My goal for exhibition programming is to have a mix of regional, national and international artists with a historic and contemporary (focus). Also a variety of mediums, so paintings, photographs, 3-dimensional works, mixed media and digital."

"I liked the idea of doing an exhibit of a Minnesota photographer's found photographs," he said. "It's more personal than public, and he wasn't part of the gallery system. I called up the person who was responsible for scanning and uploading the images. His parents live in Winona. We both went, 'this was meant to be.' He boxed up 860 slides and sent them to us. We went through them and 38 images are on display in the exhibition."

Guided by the museum's tagline of "Great art inspired by water," Swanson wanted to show a range of Tewes' images and chronology.

"He had a good eye with strong composition," he said of Tewes' work. "We focused on the ones of the highest quality. The title image (of the Hutchinson Water Carnival divers) captures the feeling, the age — mid-century, post-war optimism, a lot of leisure, all at play. This image embodies the essence of the exhibition."

As much as the exhibit showcases Tewes' photographs, it's more than that. People can identify with the idea of lost photographs.

"This is a story many of us go through with relatives' estates," Swanson said. "We find shoeboxes of negatives and wonder what they are."

In talking about lost photographs, the curator mentioned Vivian Maier. She worked for about 40 years as a nanny but pursued photography as a hobby. Thanks to collectors who found and published her work on the internet, the once unknown photographer has since garnered an international following.

Like Maier, Tewes' photographs had never been published. In fact, his obituary listed no mention of his interest in photography. After the Hutchinson native's death at age 77 in 1991, his slides ended up in a cousin's garage where they sat untouched for 25 years. They came to light when Christopher and Christina Finke went to clean out her father's belongings after his death.

The couple took the slides home to Oregon where Christopher digitized 650 slides and placed them online for public viewing at davidtewes.com. This is the website Swanson came across that sparked his interest, which eventually led him to the Finkes and ultimately to this exhibition.

"You learn a lot about who they are," he said. "We live in an age where you photograph everything. Everything is documented. When taking a photograph 70 years ago, it was expensive and you had to be very selective. He took a whole trip to California and shot 36 images. It was quality over quantity. You wanted to make every shot count."

Tewes shot Kodachrome slide film almost exclusively except for the black-and-white images he took while stationed in Alaska during his World War II service.

"He was a lifelong resident of Hutchinson except for his military service," Swanson said. "It's a good story — amateur photographer with a passion for it. Who knows what's in an attic or closet? This is one of many stories like this."

When: The exhibit runs through May 3. Museum hours are 10 a.m.-5 p.m. Tuesday through Sunday

Special program: Winona State University Professor Emeritus and photographer Drake Hokanson is presenting "Shutterbug Redux, Refuse, Recycle: The Photographs of David Tewes" 6-7 p.m. Thursday, Jan. 23, at the museum. Hokanson will explore Tewes’ photographs in the context of that exuberant era, and will provide some ideas about what to do with that inevitable box of old photographs in your closet.

Admission: $9 general admission, $3 students and free age 4 or younger. All students from preschool through graduate school are free every Tuesday.

For more information: Call the museum at 507-474-6626 or visit mmam.org. A collection of David Tewes' photographs can also be viewed at davidtewes.com.

"He had a good eye with strong composition. We focused on the ones of the highest quality. The title image (of the Hutchinson Water Carnival divers) captures the feeling, the age — mid-century, post-war optimism, a lot of leisure, all at play. This image embodies the essence of the exhibition."