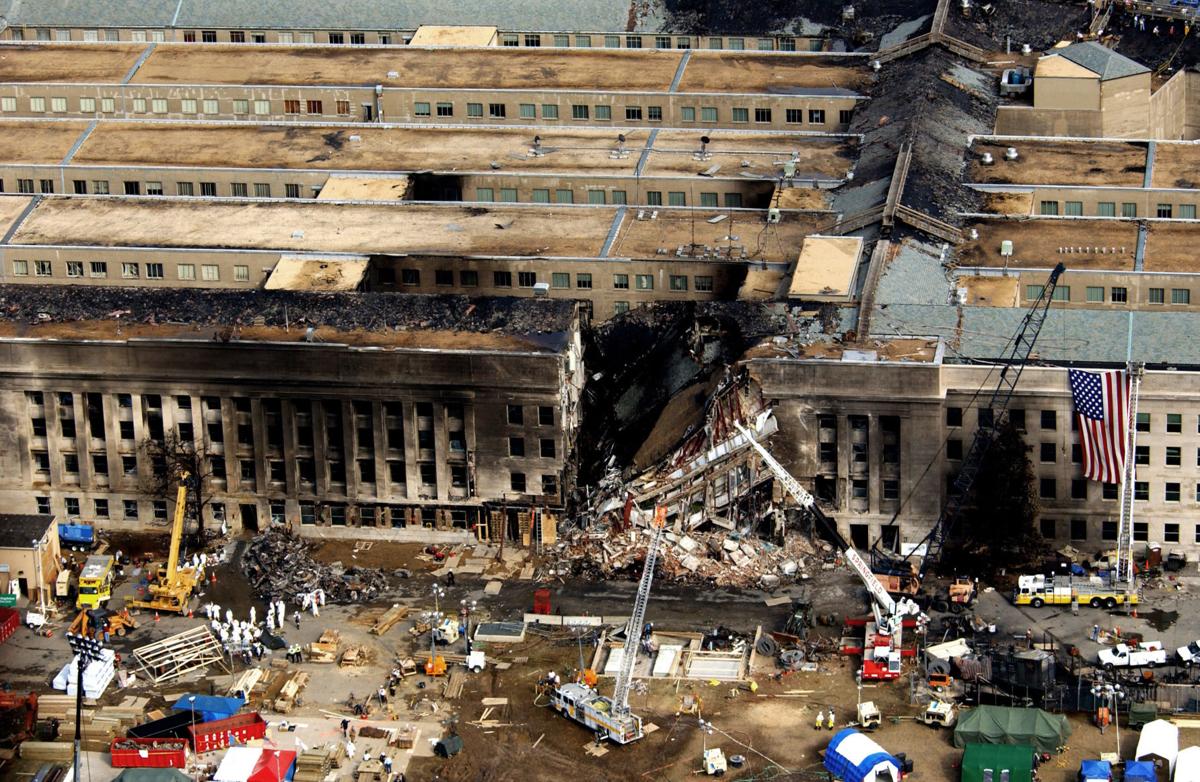 Aerial view of the Pentagon Building in Washington, D.C., showing emergency crews responding to the destruction caused during the 9/11 terrorist attacks when a high-jacked commercial jetliner crashed into the southwest corner of the building. 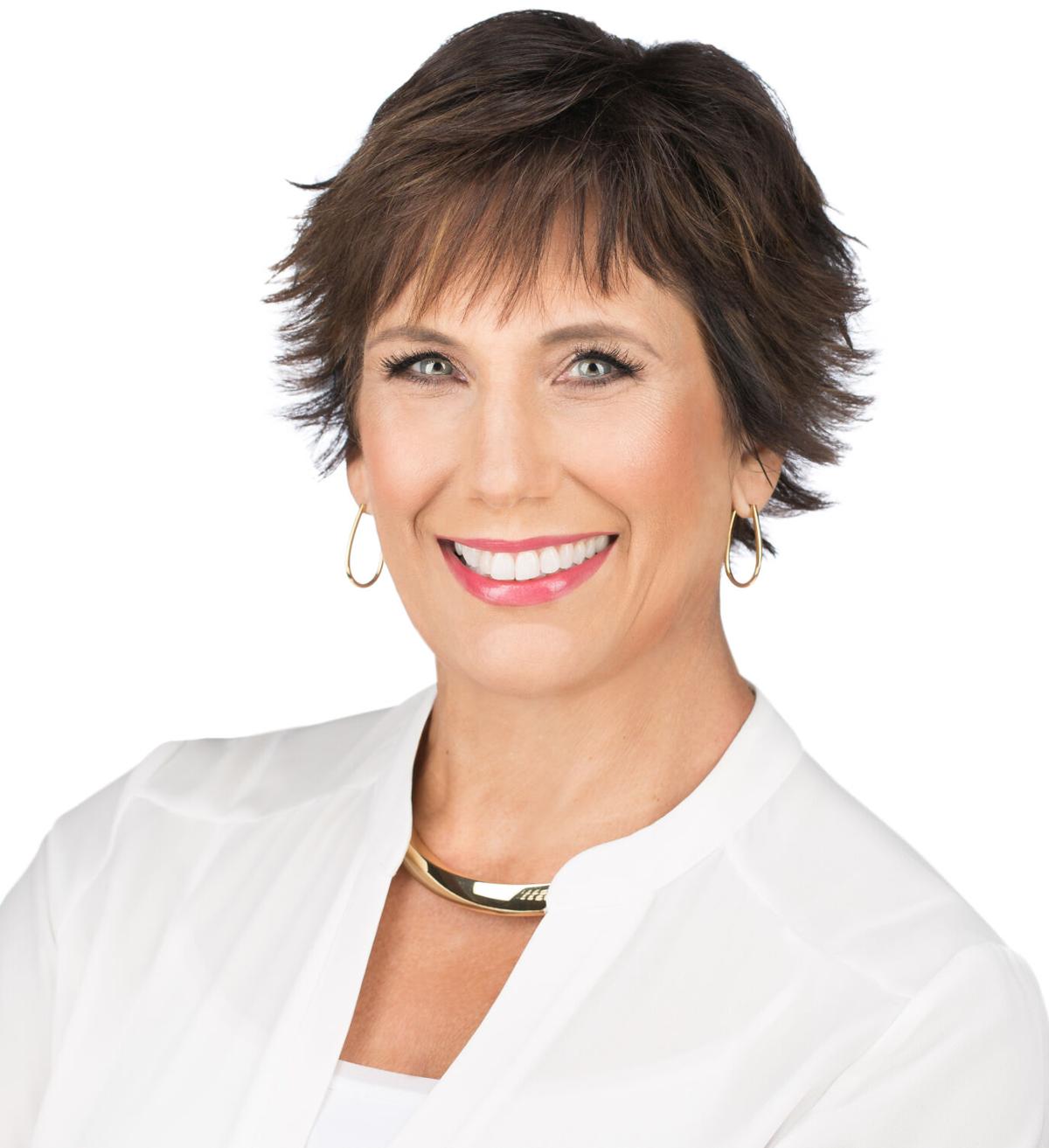 There are definitive moments in life when you always remember where you were. For some it was the assassination of President John F. Kennedy. The death of Lady Di, or even Prince. For others, it was Sept. 11, 2001, the day the World Trade Center and Pentagon were attacked by terrorists.

This year marks the 20th anniversary of this life-altering event. Jane Schuette will never forget that date. The former Hutchinson teacher taught at Park Elementary in the 1980s. During the 1990s, she was director for high potential services for the district. From there, she went on to work with Dave Conrad and Kirsten Kinzler at New Century Charter School. Today she consults with New Discoveries Montessori Academy in Hutchinson on its staff development initiatives. She lives in Watertown and is a self-improvement author, executive coach, team facilitator and motivational speaker.

Schuette will always remember where she was on 9/11 because she was teaching her first course as an independent contractor for a learning and development company headquartered in Scotland that was breaking into the U.S. market. The client: JMESI.

“(It was) a Joint Military Executive Skills Institute put in place by Congress to ensure the heads of our military hospital would have sound skills to lead the clinics and hospitals of our service men and women around the world,” Schuette said. “In the civilian world, typically hospitals and clinics are led by business-trained professionals, allowing the medical personnel to do what they have been trained to do — mend the sick and injured. To help with the skill gap in the military, JMESI was formed. Along with online training, they offered a weeklong capstone course where they brought the officers who were trained medical nurses and doctors to Washington, D.C.”

Schuette’s course was on the campus of Walter Reed Medical Center in Bethesda, Maryland — 18 miles from Washington, D.C. On that morning of Sept. 11, the session was interrupted by an important message alerting all personnel to be on high alert — the World Trade Center in New York City had been bombed.

“I watched as the men and women sat at attention, staring directly at me, not listening but attentive. I continued. ... I don’t know what I said. They didn’t either,” she recalled.

The next announcement: the Pentagon had been hit and the atmosphere in the room completely changed. Sitting before Schuette was a room full of people who had dedicated their lives to the protection of us all. Now it had become personal. After taking a break, there was a third interruption. Army and Navy personnel were to report to Walter Reed Hospital and scrub up for incoming wounded. Air Force personnel were to convene in a separate location.

Upon an ordered dismissal of class, Schuette found solace in the garden behind Malone House on the Walter Reed Medical Center campus. In the distance she could see the spiraling smoke from the Pentagon.

Class continued on Wednesday, although quiet and somber.

She also remembered how sober in demeanor the students were.

“It was Wednesday, Sept. 12, their world had been rocked as military service men and women,” Schuette said. “No one knew what to think, what was going on. It was the start of everything.”

Fast forward 20 years, Schuette’s focus in her work is for her clients to better understand themselves, especially when it comes to understanding and managing stress with the goal of being the best possible version of themselves.

She sees a variety of factors affecting a person’s stress from depleted time, energy and focus, to emotional reserves being drained due to cynicism or passion fatigue, and finally to identity and values being challenged.

“Stress is also generated when our emotions are running strong for too long or when our identity and values have been challenged,” Schuette said. “This expanded view of stress has been an aha moment for me, audiences and the clients I coach. It’s rocking our world. It’s good for us to take time and step back and look at our emotions and our values.”

Looking back on her Sept. 11 experience, Schuette said it brought to her — front and center — the realism of war.

“It brought me to the very fringes of it,” she said. “I had never experienced this in Watertown or Hutchinson before. I stood on the balcony at Walter Reed Hospital and watched them set up for triage. That was what, a minimal inside peek? I can’t imagine what’s going on in Afghanistan now.”

Twenty years later, much like Radar on the old sitcom “MASH” who could hear a helicopter miles away, Schuette is sensitive to the sound of helicopters, bringing her back to that impactful day.