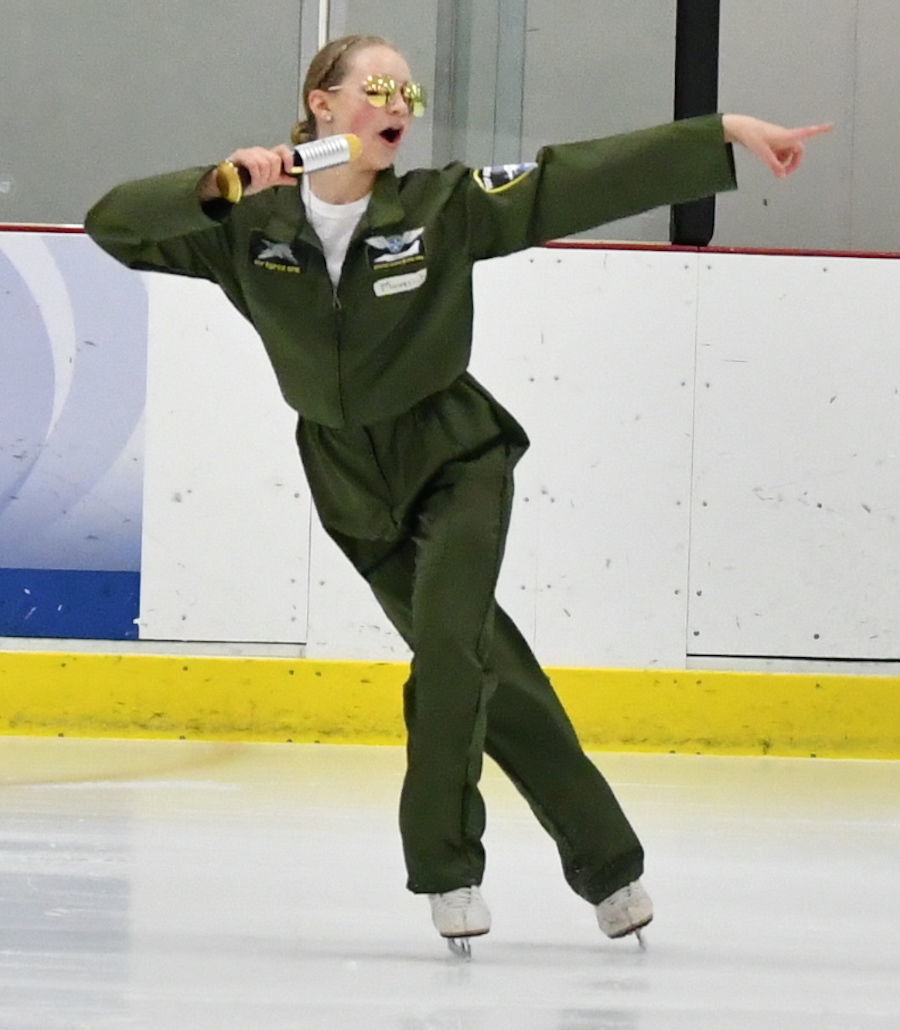 Emma Schwartz is dressed for the part in her ensemble performance based on “Top Gun” with Carina Powell and Kierra Dennis. 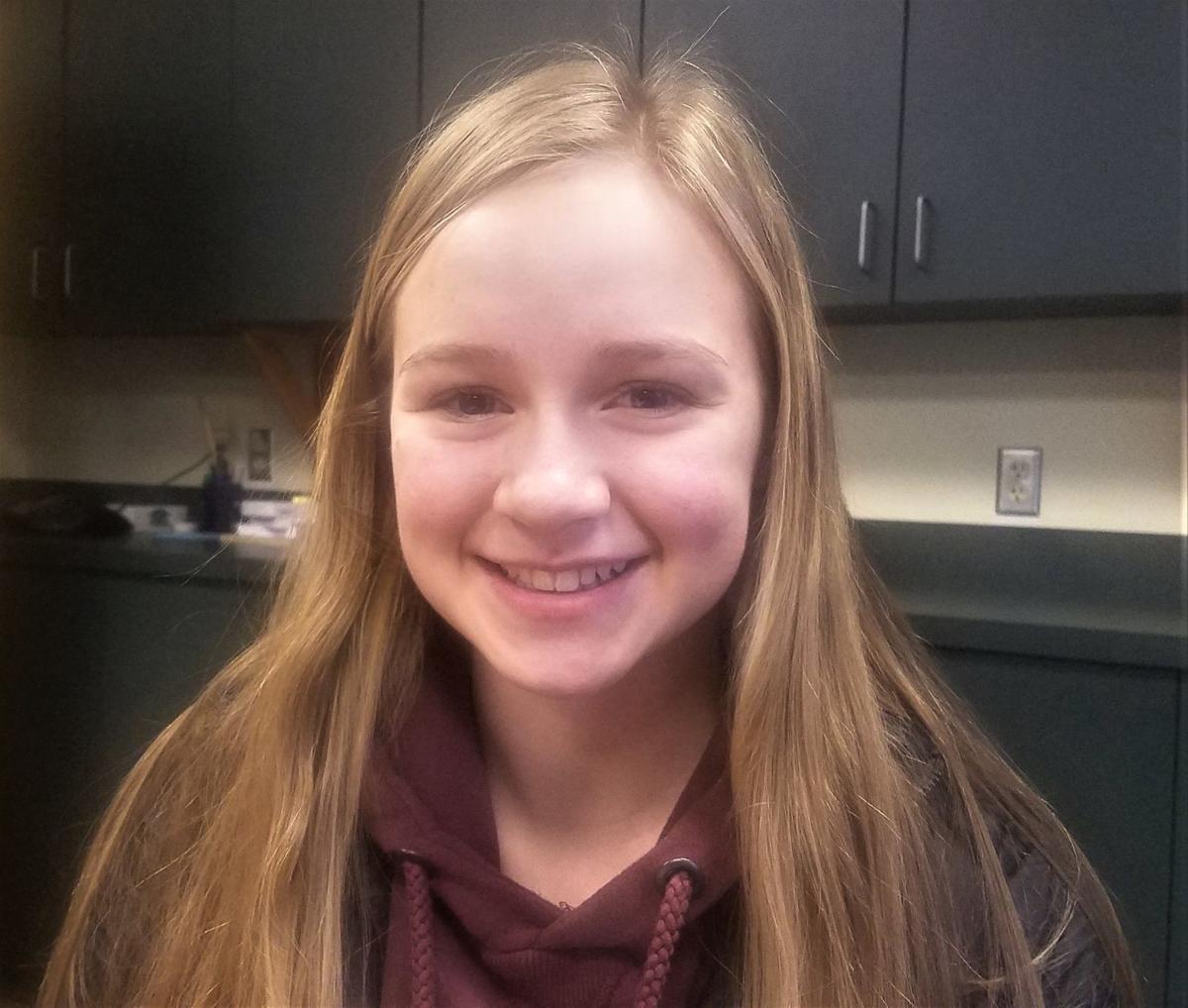 Hutchinson 10th-grader Emma Schwartz knows how to motivate herself.

"You really get out of (figure skating) what you put into it," she said. "As long as you work hard and stick with it, you will be successful."

The 16-year-old member of the Hutchinson Figure Skating Association has been at it since her mother, Andrea Schwartz, signed her up when she was 4. In that time, her approach has led her to an uncommon achievement among athletes in her sport. She's the first Hutchinson figure skater to reach the eighth of 10 freestyle levels designated by the Ice Skating Institute. Each level is attained by proving skill in spins, jumps and footwork.

"It opens up more opportunities if I want to continue skating," Schwartz said. "It's just really rewarding to achieve what I have been working on for so long. My goal is to try and pass freestyle 10 by the time I graduate."

Reaching Freestyle 8 is fairly rare, Schwartz said, but on the national level serious skaters have advanced to Freestyle 10, and continued to push themselves further to an Olympic skill level.

"If you pass 10 it's national level," Schwartz said. "I probably won't get that far, but it would be great to do it."

She knew she wanted to get serious when she was at Freestyle 6 in sixth or seventh grade. To reach her current level, Schwartz practices two hours, four nights a week when there is ice at Burich Arena in Hutchinson.

"When I don't have ice available I have to do off-ice training," she said.

She also tries to work out twice a week off the ice to stay in shape. When there isn't ice in Hutchinson, she travels to the Twin Cities area to skate two days a week. Her coaches, Nadine Rutledge of the HFSA, and Rose Esteb and Jane Schaber from the metro area, work with her as she continues to push herself to improve double jumps, spins and routines for competition. A typical day of practice includes a 15-minute warm up before Schwartz puts on her skates and steps onto the ice. Then there is a warm up on the ice, then a warm up for her jumps, and then work focused on her technique and routines.

"She put me in skating and I just stuck with it," Schwartz said. "She still helps me and coaches me. That doesn't always go so well since she's my mom."

She skates for Hutchinson in three categories. In her ensemble group she and teammates Corina Powell and Kierra Dennis developed a program based on the movie "Top Gun."

"You can do whatever you want," Schwartz said. "You try to tell a story. ... It's very dramatic and fun."

At a recent New Ulm competition, they took second place.

Hutchinson's next competition is in Luverne at the end of January.

"I try to make it very entertaining," Schwartz said. "I'm very on-the-go. I try to hit every element and be really expressive."

Schwartz would like to continue skating after high school, but for now the road is wide open. What options are available will ultimately depend on the level she reaches.

"Disney on Ice could be a possibility," she said. "Otherwise I'm not sure."

If she reaches Freestyle 10 and is able to advance to a national or higher level, she said she would like to go for it.