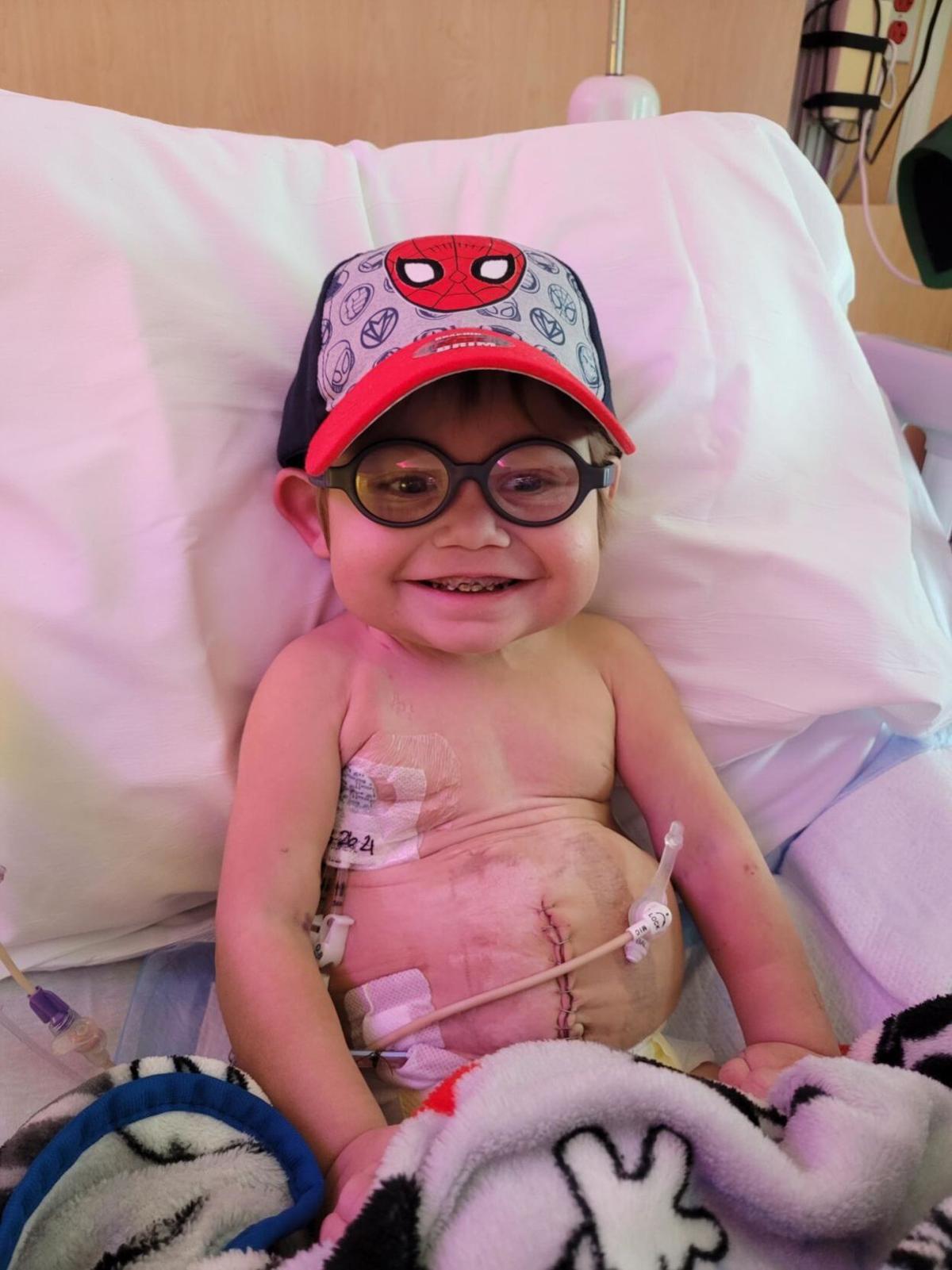 Ryder, the son of Kyle Giesler and Desiree Teubert, formerly of Hutchinson, was all smiles after his successful kidney transplant surgery in March at University of Minnesota Masonic Children’s Hospital in Minneapolis. 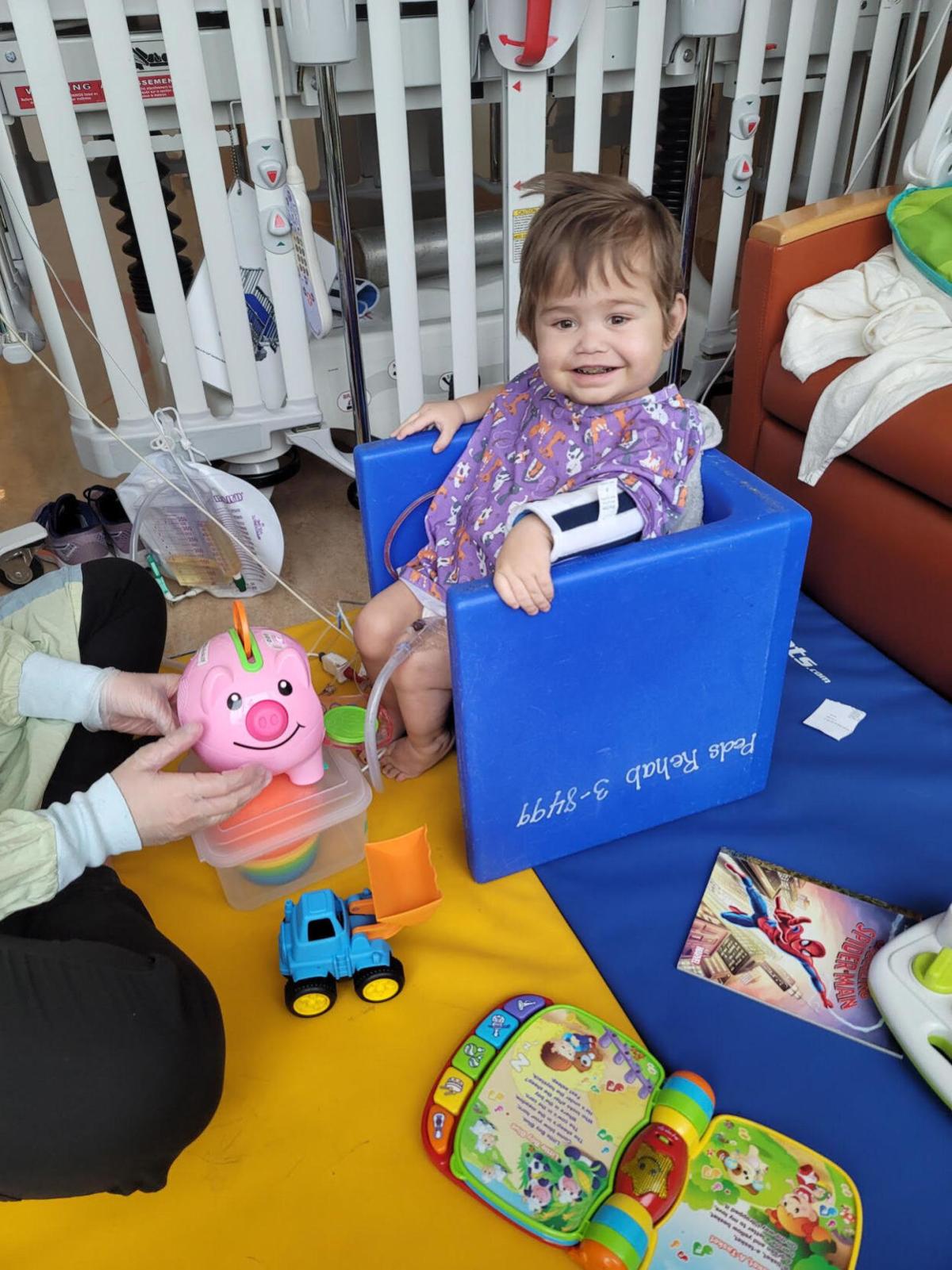 Ryder enjoys a play date following his successful kidney transplant surgery. Note the drainage bag attached to the crib. Following the transplant, urine is removed from Ryder’s body via a catheter. 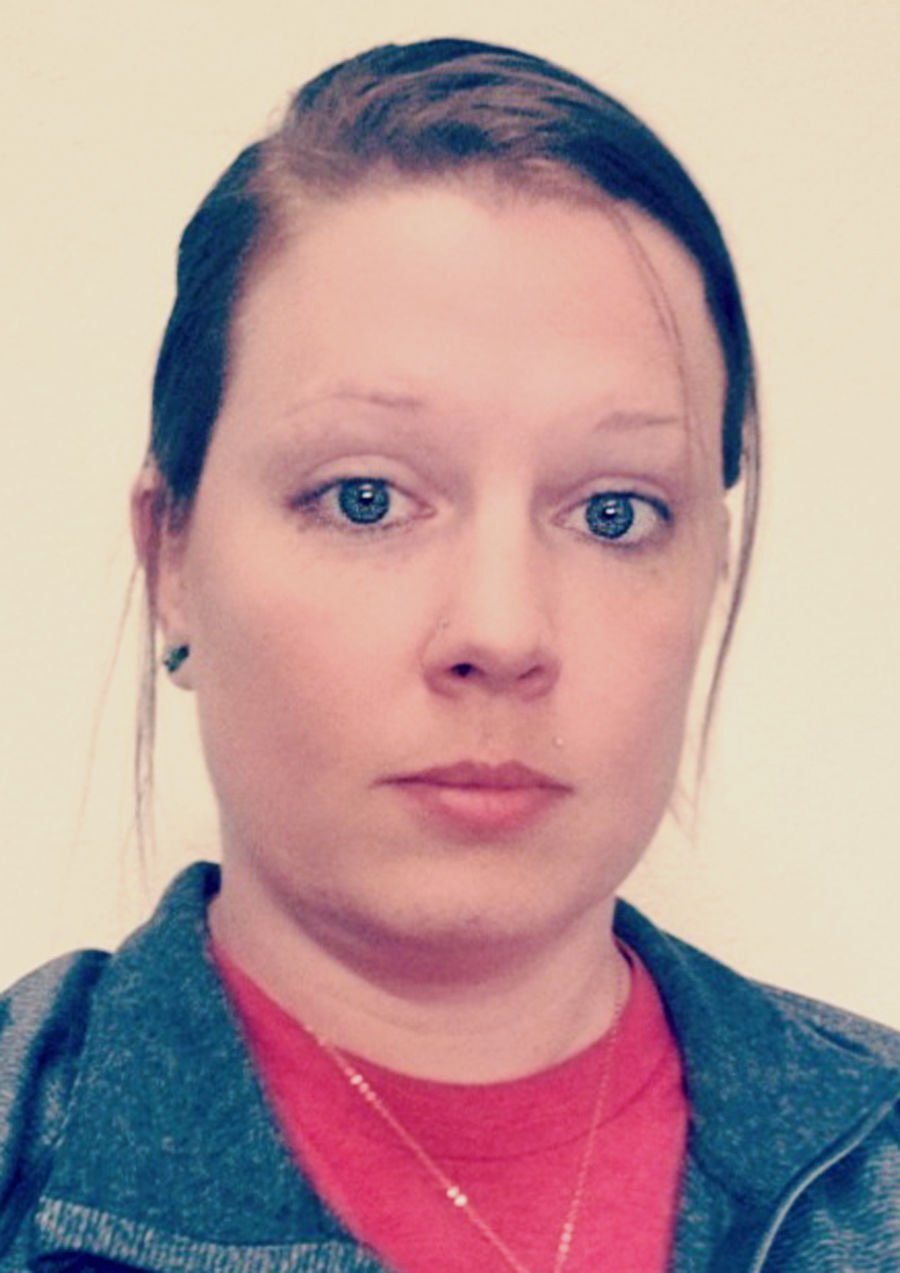 Ryder, the son of Kyle Giesler and Desiree Teubert, formerly of Hutchinson, was all smiles after his successful kidney transplant surgery in March at University of Minnesota Masonic Children’s Hospital in Minneapolis.

Ryder enjoys a play date following his successful kidney transplant surgery. Note the drainage bag attached to the crib. Following the transplant, urine is removed from Ryder’s body via a catheter.

While it's easy enough to buy a couch or a car these days, it's not so easy to find a kidney when you need one. That was the situation parents Kyle Geisler and his fiancee Desiree Teubert (the couple formerly of Hutchinson and now of Sleepy Eye) faced when their son Ryder needed a kidney transplant.

To seek a kidney donor for their son, Teubert turned to social media in early 2020 where she posted a heartfelt request: “Ryder NEEDS a kidney and healthy individuals can live with just one so why not share a spare." About 18,000 people viewed her first TikTok video. When she reposted it, another 16,000 people viewed it. “I will do everything in my power to get him one," she said.

Initially they were told as many as 30 people came forward in response to her posting but no one was following through to the next steps. So Teubert made another plea in August. Fast forward, “Let me tell you guys how frustrating or anxious it makes you feel not being able to be told if there is a kidney or not,” she wrote on social media. “(Due to confidentiality,) all we know is that someone recently came forward in October and is going through testing.”

It was Desiree's second post that caught the eye of Heather Kimbrough of Eagle Grove, Iowa. It was she who was going through the donor process mentioned in Teubert's post in the fall of 2020.

Becoming a donor wasn't a big leap for Kimbrough to take. She had been registered as an organ donor since she earned her driver's license.

“I've worked with people with disabilities," she said. "One of the people I took care of had been living with a kidney that had been donated to him. I always thought it was pretty cool that he had a kidney about the same age I was and he was living a pretty normal life.”

It was during Teubert's second trimester of her pregnancy that she and Kyle were given the heartbreaking news their son would need a kidney transplant. While in-vitro, Ryder was diagnosed with bilaterial multicycstic kidney disorder, a congenital anomaly of the kidney and urinary tract in which the kidneys are large and distended by non-communicating multiple cysts and non-functional.

“We knew at 19 weeks along that we were going to be facing a lot of health issues,” Teubert said. “Ryder has no kidney function. He had no amniotic fluid around him when he was in my stomach, which meant that his lungs did not grow."

The couple sought a second and third opinion with the recommendation each time to terminate the pregnancy because the child was not going to survive.

“Dad kept telling them that wasn't our wishes,” Teubert said. “(They would tell us,) this is what your child's future is going to look like. From the get-go, (we were told) Ryder would need a kidney by his second birthday. They were correct.”

Seeking a fourth opinion at the University of Minnesota Masonic Children's Hospital in Minneapolis, the staff listened to their desire to continue with the pregnancy and supported them with medical care.

“He was baptized immediately after he was born,” Teubert said. “No one thought he would make it. The doctors were preparing us for palliative care, asking questions like 'Do you want to hold your son? Do you want us to dress him?' Kyle freaked out at them. He told them, 'We want you guys to try everything to save our son.' They took him right away. They did their lifesaving measures and it worked.'”

After spending the first six months of his life at Children's Hospital, Ryder was able to go home. When he weighed 22 pounds early in 2020, he became eligible for a kidney transplant.

Teubert was familiar with the power of reaching out to others. Ryder's story had been featured in newspapers and he was a past Tim Orth Memorial Foundation recipient. So tapping into the power of Facebook and TikTok to reach family and friends felt natural to the young mother.

While Teubert was seeking a donor, Kimbrough was undergoing the donor process. After filling out the questionnaire and doing a few blood tests to check for kidney issues and abnormalities and blood type, she was asked to visit the University of Minnesota for more blood tests, a CT scan of her kidneys to check on their size, X-rays of her lungs and an EKG to see if her heart was suitable for surgery. She also had to do a 24-hour urine collection to measure what was in her urine and check kidney function.

Kimbrough got the green light to be a kidney donor on Feb. 9, and she gave Teubert the good news via Facebook. On March 19, Ryder got a new kidney.

“It's been an emotional rollercoaster,” Kimbrough said. “It's a great feeling to be able to help someone out, especially someone as young as Ryder is. I would absolutely do it again."

Surgery also went well for Ryder. Due to the size of Kimbrough's kidney, the doctors opted to take out both of Ryder's kidneys, which was a good thing.

The prediction is Ryder's new kidney will last 15 to 17 years, but there are rare cases where a kidney has lasted 40 years. The prediction for Ryder is that the next transplant will take place when he's in high school. Scientists are working on using a patient's own DNA to create a 3D or 4D printed kidney. Giesler and Teubert's hope is that by then it will be so advanced that it will be a well-known treatment option.

WORKING HIS WAY TO NORMAL

Since transplant surgery, Teubert, Ryder and his 7-month-old brother Kayden have been living at the Ronald McDonald House. They will stay at their home-away-from-home in Minneapolis anywhere from three to six months. Due to COVID-19 restrictions, people can visit but they must stay for a minimum of two weeks, which limits guests.

While Ryder no longer has in-home dialysis, he's actually taking more meds now, but Teubert said they are important, so she's not going to complain.

“We're not on oxygen anymore,” she said. “You always had to make sure you had enough oxygen in the tank and that it was hooked up. Things are so much easier now. When I lift him up, I don't have to look for the oxygen tank.”

Teubert is looking forward to their new life, but is still surprised to have found a kidney donor via Facebook. And more so, because it was someone she didn't know.

"The feeling is indescribable," she said. "I still can't comprehend a stranger would do this. You often see stories of a mom or dad, sister, you never see stories about a complete stranger."

Due to COVID-19, donor and donee have not met. They hope to rectify this situation at the first anniversary of the surgery in 2022.