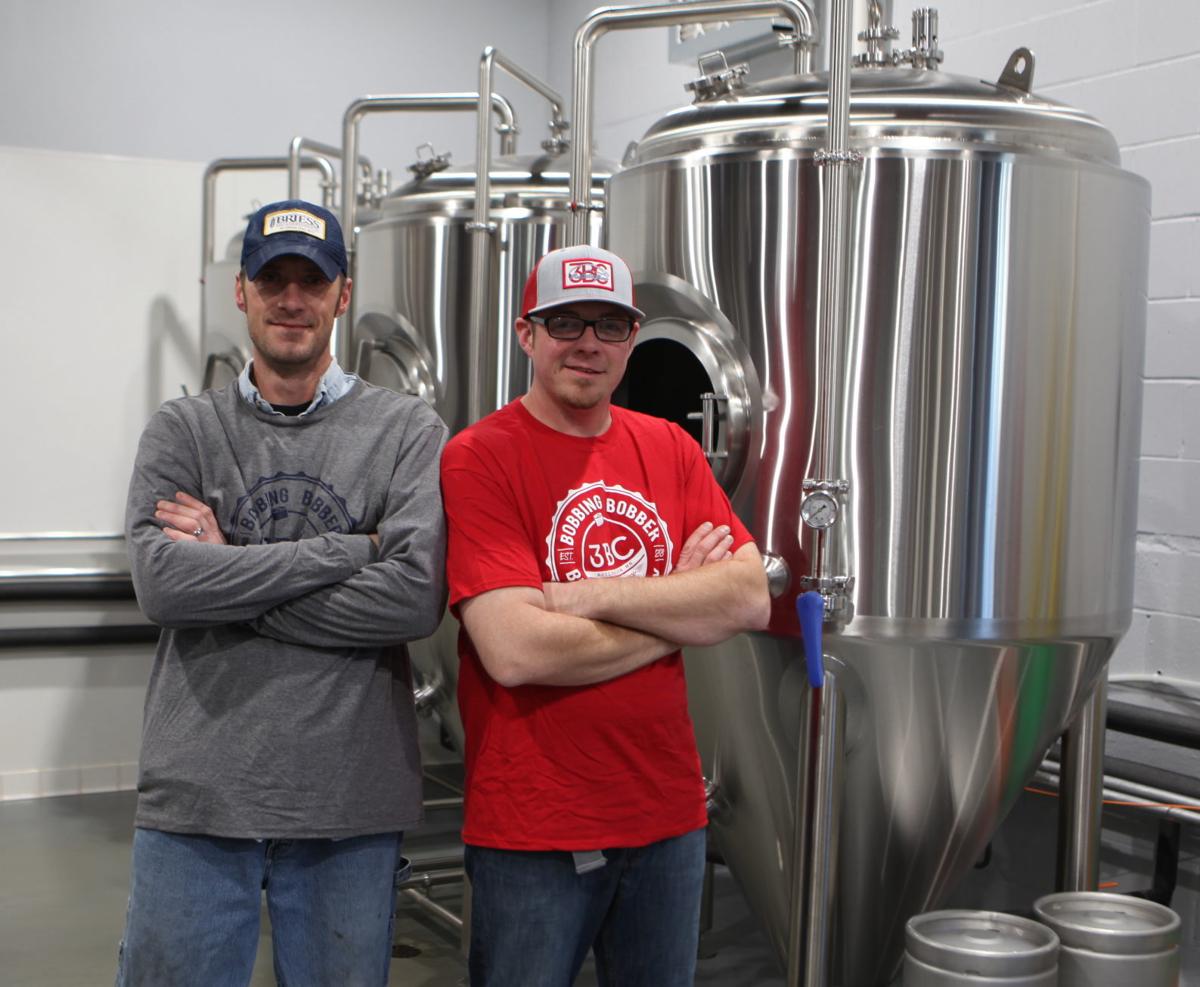 Bobbing Bobber Brewing Co.’s Lane Wanous and Dan Hart were surprised by the news their Tackle Bock Maibock brew earned gold at the 2019 Great American Beer Festival this past weekend. 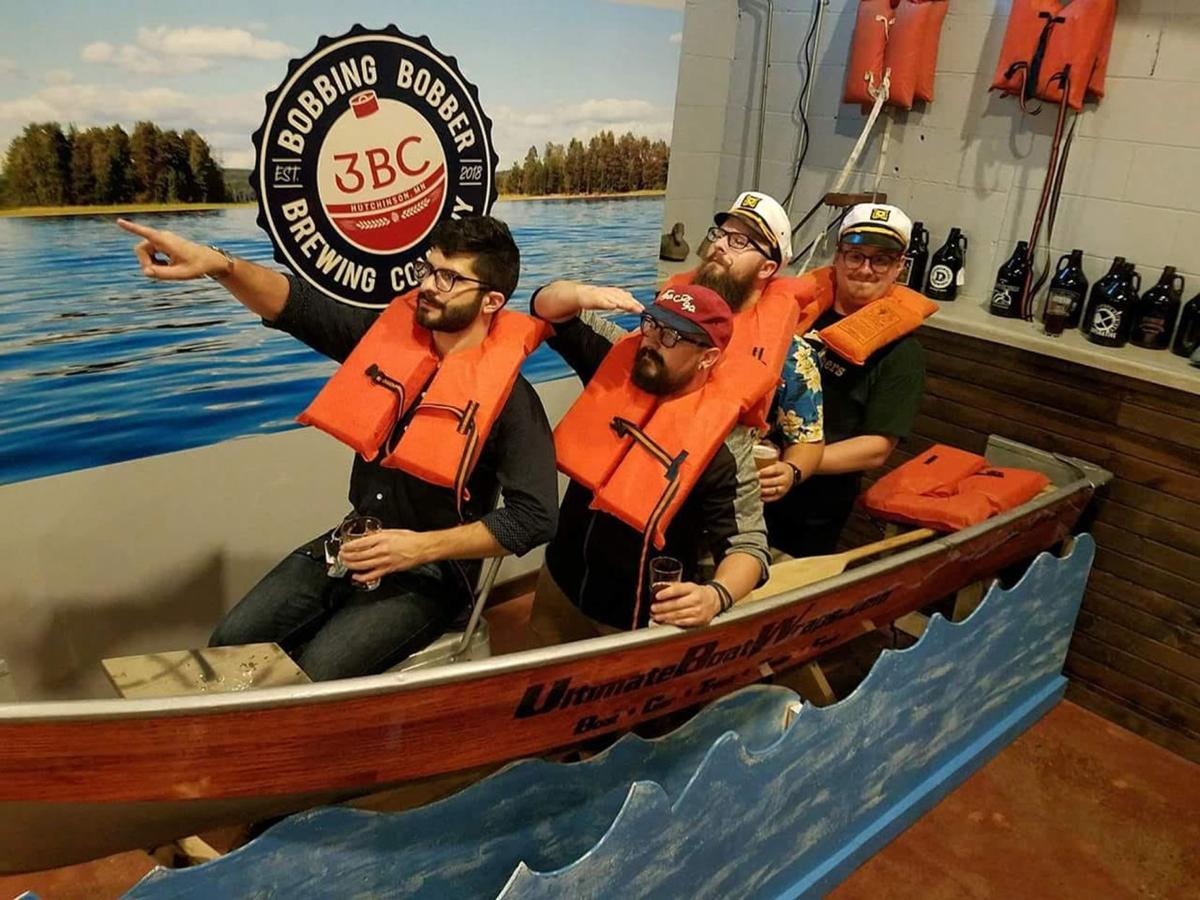 Bobbing Bobber Brewing Co.’s Lane Wanous and Dan Hart were surprised by the news their Tackle Bock Maibock brew earned gold at the 2019 Great American Beer Festival this past weekend.

Bobbing Bobber Brewing Co. was already gold to its fans, but now it’s golden to the rest of the country — or at least one of its beers is.

The Hutchinson brewery this past weekend earned top prize for best bock beer at the 2019 Great American Beer Festival in Denver, Colorado. With 2,295 breweries entering 9,497 different beers into the contest, 3BC co-owner Dan Hart called it the largest brewing contest in the U.S.

“It’s very exciting for us,” Hart said about the award. “It’s one of the goals as a brewer and a brewery to get that big of a recognition on the national scale. We’ve won a number of deals on the homebrew side, but to get a national medal is the big kahuna. ... A lot of brewers chase that forever.”

The award-winning beverage as voted by 322 judges at the competition was Tackle Bock, 3BC’s German-style Maibock that was released this past spring. Co-owner Lane Wanous, who is also the head brewer at 3BC, called the award an honor.

“At first I was just shocked,” he said. “The competition ... is huge. It’s just so massive. To medal in any category, bronze or silver, is a huge accomplishment.”

The Maibock was one of only two beers the brewery entered into the competition, which has 107 categories and averages about 88 entries per category. The Hootie Who Salted Brown was also entered into the specialty beers category.

When deciding what beers to enter, Wanous said he and Hart relied heavily on comments from their fans.

“I’m not going to lie, it was the feedback from our customer base,” he said. “Dan and myself felt really confident after thinking about it that we had a shot at bringing something home with (the Maibock).”

IT’S KIND OF A BIG DEAL

This isn’t the first time 3BC has earned an award that was kind of a big deal. In 2018 the brewery earned first place for best new Minnesota brewery in Growler magazine’s Kind-of-a-Big-Deal Awards.

To honor the award, 3BC is pairing up with another Kind-of-a-Big-Deal award winner, the Parachute Pandas. The band, which includes Hutchinson High School graduates Mike, Tyler and Robb Lauer, took second for best local band. With the help of Mike Lauer, the band’s founder, Hart and Wanous are crafting a special beer to recognize their accomplishments.

“Mike Lauer is a home brewer himself,” Hart said. “So it kind of worked that we took one of his recipes and collaborated to make a beer together. … I believe it’s a Mexican lager.”

“I think the collaboration is a tremendous honor and an exciting opportunity for our band,” Lauer said. “It is surreal having our own beer. With the boom in the craft beer industry, we’ve seen other local and national acts work with brewers in the past. ... To have the privilege to walk through the process of creating a recipe with Lane, 3BC’s head brewer, spending a day at the brewery making the beer, and working with Dan to create an event, has been a real treat.”

The new beverage will be released Saturday, Oct. 19, along with a 7 p.m. performance from the Parachute Pandas featuring Disney music, Christmas karaoke, one-hit wonders and a few surprise appearances from other local musicians.