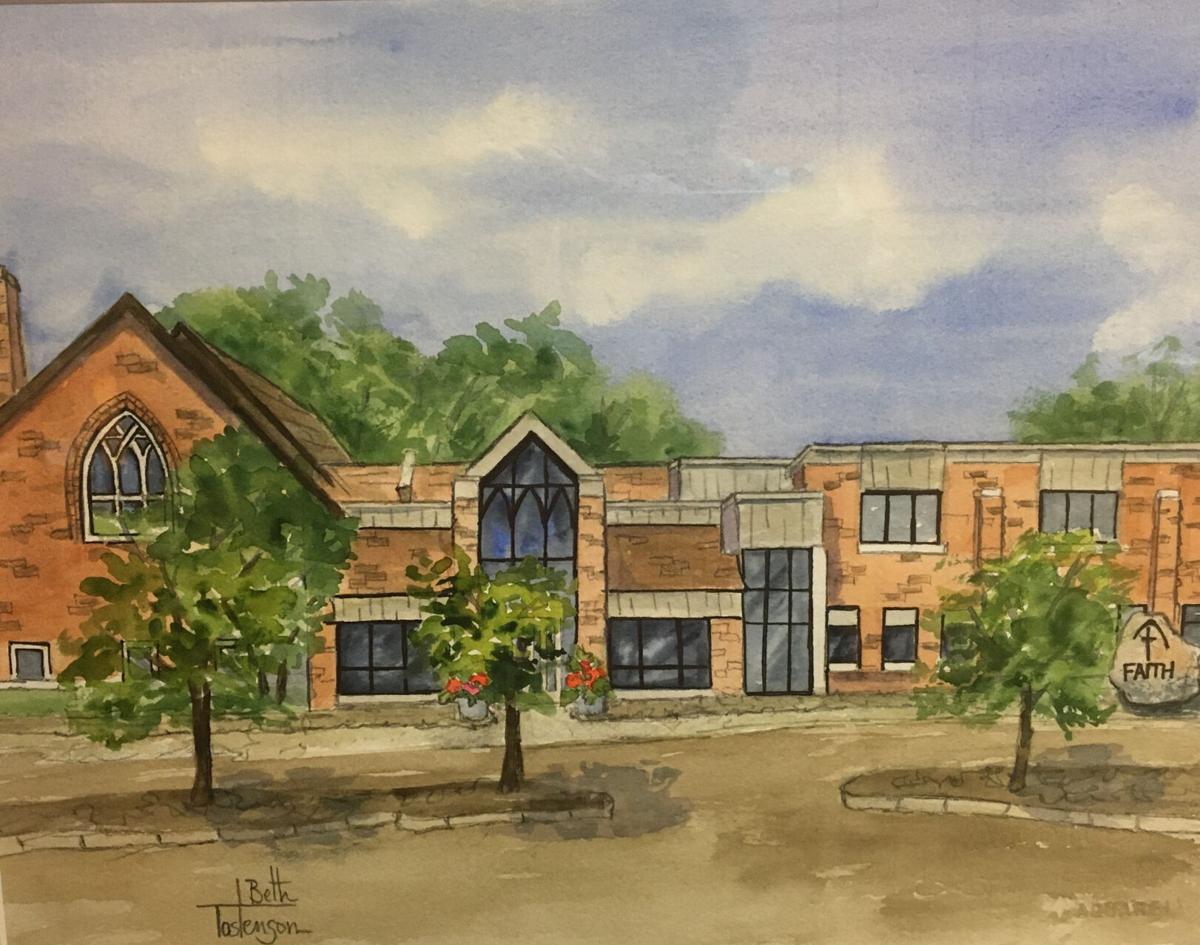 For the 150th anniversary of Faith Lutheran Church, a painting was done of the east side of the building, which includes the 1939 sanctuary and the new 2010 addition. This painting is available to view and for purchase in the church office. Prints and notecards are also available of the image. 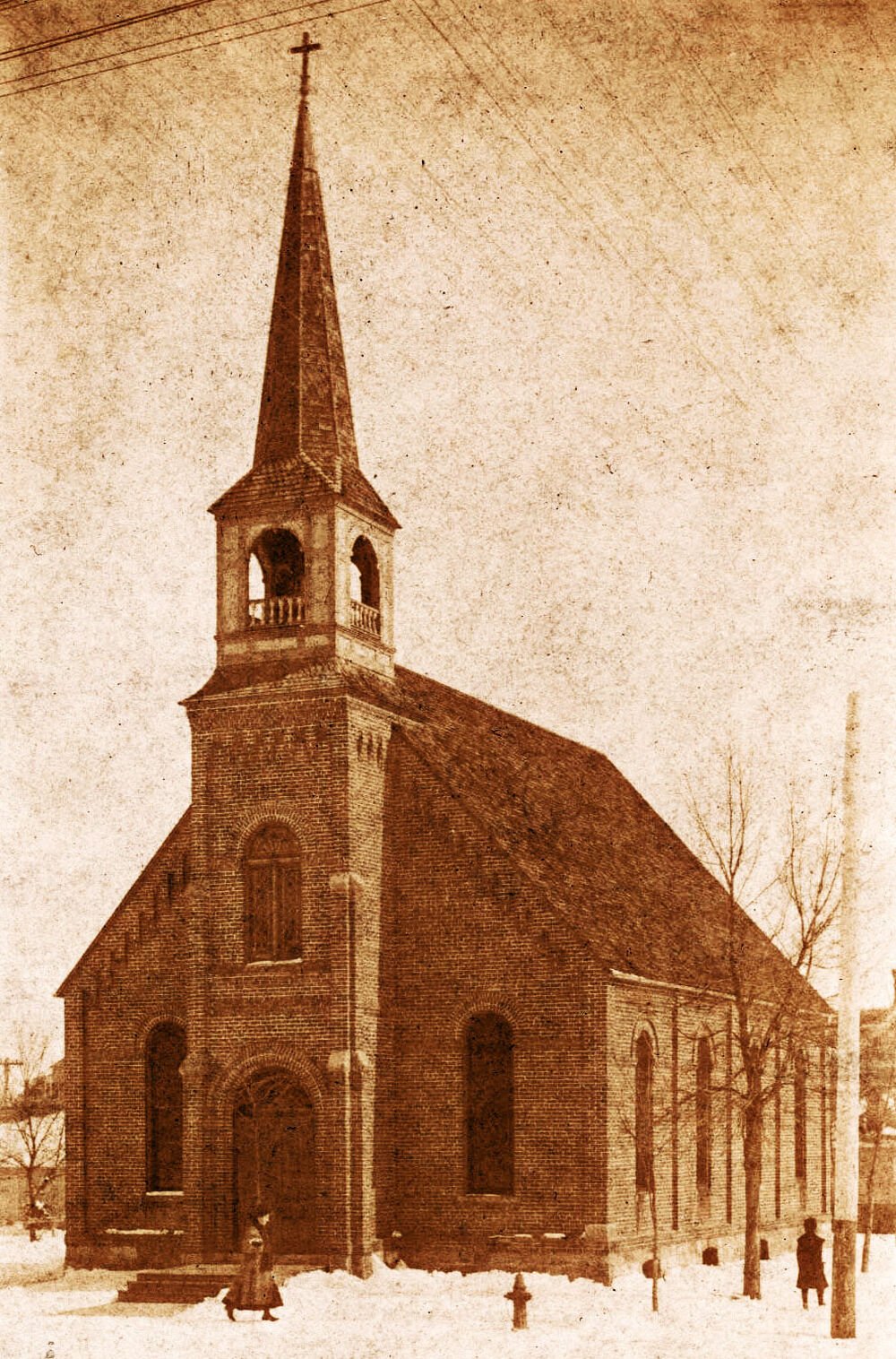 By 1895, the Danish Lutherans opted for their own building — constructing a brick church building at the corner of Fourth Avenue and Main Street in downtown Hutchinson. It was replaced in 1939. 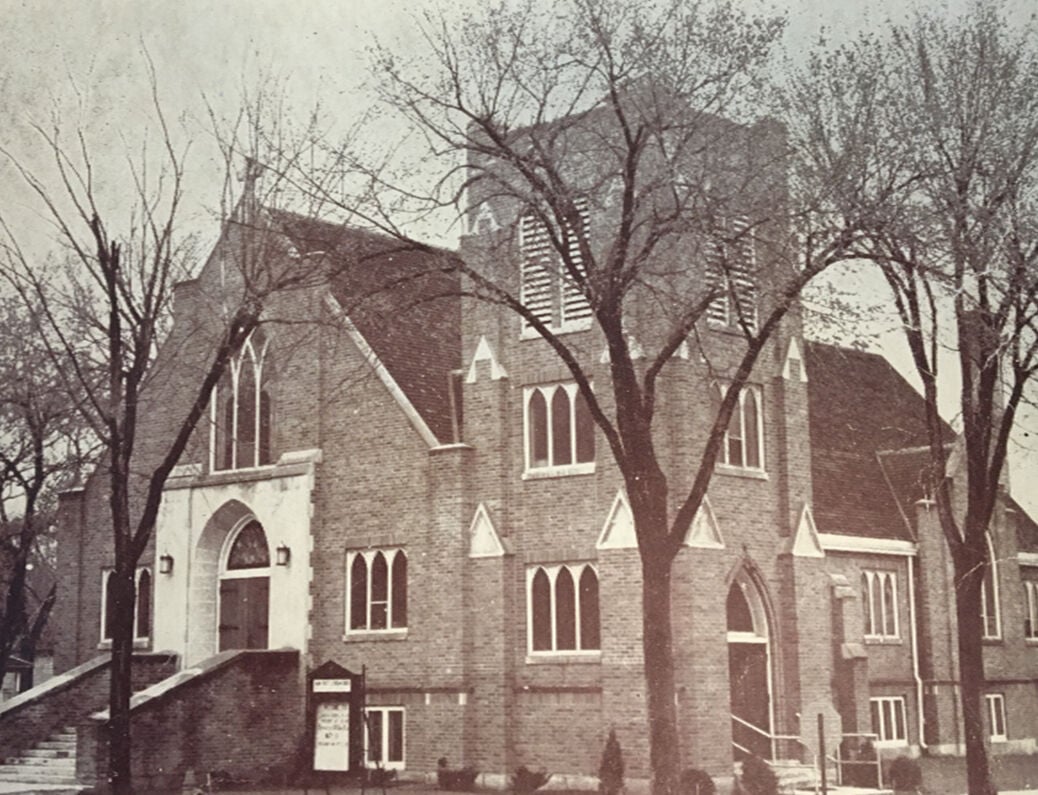 Faith Lutheran built its present sanctuary in 1939, replacing an earlier brick church on the same site — at the corner of Fourth Avenue and Main Street in downtown Hutchinson. 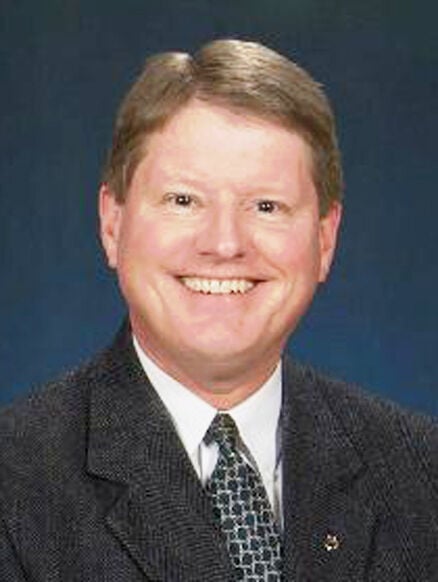 The village of Hutchinson was young — only 15 years old — when several families who had immigrated to this country from the Jutland area of Denmark came together to form a Danish Lutheran Church. Fast forward 150 years and it's time to celebrate this beginning.

Faith Lutheran Church is observing its sesquicentennial Sunday, Oct. 17, at the McLeod County Fairgrounds. On the schedule is a worship service at 10:10 a.m. followed by a noon meal and afternoon activities. The meal is free but tickets are required and can be picked up in the church office no later than Sunday, Oct. 10.

Like most things, the brick church at the corner of Fourth and Main in downtown Hutchinson was planning its anniversary in 2020, but the COVID-19 pandemic postponed activities for a year.

Following the theme of "The Life of Faith: Past, Present, Future," the church has marked its 150th with a number of special events including an updated church history and a new pictorial, a Heritage worship service that included classic liturgies and early ministry vestments. A special musical worship service at Faith on Grove, which showcased past church musicians. In September, a congregational photograph was taken in the east parking lot and special timelines and photo displays are exhibited in the church.

Also as part of the observance, the church has also taken on a special project of raising $150,000 in special gifts in celebration of its 150th anniversary.

“An anniversary is a great opportunity for some kind of effort,” Grorud said. “We're trying to raise $150,000 — $1,000 for each year of the church — to establish a yearlong internship program. Many seminarians are not going to a campus and are studying online. This is a chance for a group of them to live in community with hands-on ministry at the church and at other small churches in the area who have struggled to find pastoral leadership. It's a vision of a different way of pastoral training. We wouldn't do the education, but all the practical (training) would be done in and through the church. The landscape of the church has changed. It used to be seminary for two years and a one-year internship. Pastor Dave Wollan did his training online while doing youth ministry and then pastoral. It worked extremely well for him. We're hoping we can share that experience with other seminarians.”

Standing the test of 150 years is an achievement by anyone's standards, the Rev. Scott Grorud credited it to the grace of God.

"It's not something any of us can take credit for along the way," he said. "Historically, this congregation was founded by Danish pietists (a movement within Lutheranism that combines its emphasis on biblical doctrine with an emphasis on individual piety and living a vigorous Christian life). ... I think they established a spiritual strength from the very beginning and it has endured through the ages."

In the early days of the Hutchinson Danish Evangelical Lutheran Church, services were conducted in members' homes. This changed in 1882 when the Lutherans joined with the Methodists and Baptists to build a community church, which they shared, rotating services. By 1895, the Danish Lutherans opted for their own building — constructing a brick church at the corner of Fourth Avenue and Main Street in downtown Hutchinson. The church most of us know today was built in 1939, with the cornerstone being laid at 3 p.m. Oct. 16, 1938. In 1957 a parish education building was added. It was torn down when the new 2010 addition was built.

Churches are often perceived as places where tradition trumps change, but that's not true. The reality is change is happening but in increments. For instance, consider the changes at Faith Lutheran.

Take its name for instance. It started out as the Hutchinson Danish Evangelical Lutheran Church, but it was commonly known as the Danish Church or the Danish Lutheran Church. When it moved to downtown Hutchinson, the church quickly earned the moniker — due to its new location — as Main Street Lutheran. This endured until 1958 when it was discovered neither of these names had been registered legally, and so a new name was selected — Faith Lutheran Church, which it remains today.

Probably the biggest change in its culture came when it made the shift from being an immigrant church to a Danish-American church.

"It happened over time," Grorud said, "probably completed by the late 1920s. One of the things helpful to Faith and many immigrant churches, the first folks understood themselves as Danes living in America. By a generation or two, Danes saw themselves as Americans of Danish heritage. Part of that was moving from Danish to English, adopting more American customs than what they brought from the old country. Ethnic heritage was forgotten and congregations like ours became American in their practice and character."

Other changes along the way have included: Introducing the first English worship service in 1923. Imagine what a stir that caused. And yet by 1928 most of the services were in English, and in 1935 the church conducted its last Danish service.

With that the floodgates were opened. Next came translating the church constitution into English in 1928, offering envelopes and adopting English as the official language occurred in 1930, stained glass windows were installed 1942 through 1945. Bulletins were first used in 1944 and a hearing aid system was installed in 1945 followed by a church sound system in 1968.

Interestingly enough, Faith shared a pastor for many years with St. Morton's. This changed in 1928 when the church called its own full-time pastor. St. Morton's hung on for awhile but ultimately closed in 1931. The building and fixtures were sold, and the altar service was given to Trinity Theological in Blair, Nebraska. According to a deal struck at the time, Faith maintains its cemetery in Heatwole.

LOOKING TO THE FUTURE

In 2010, Faith Lutheran opened its new addition. At the time, it had a 25-year mortgage, which through faithful support and several large bequests paid off in 10 years.

What's next for Faith? "Off the top of my head comes, just to carry the heritage of the congregation forward to the next generation," Grorud said. "In a sense be good stewards of this gift we're celebrating and keep it moving forward. We hope to complete our building project, the 2010 project was half of a plan. We split it for cost reasons. We still have plans for a new sanctuary and full-size fellowship space — a multi-purpose room of some kind. We hope to do that in the next few years."

Grorud described the congregation as having "time and an embarrassment of riches in terms of resources."

"We want it to be a resource to the larger church like this seminary program — to make it a center for learning and ministry," he said. If that sounds grandiose, how can we put what we have been given to work in an effective way?"