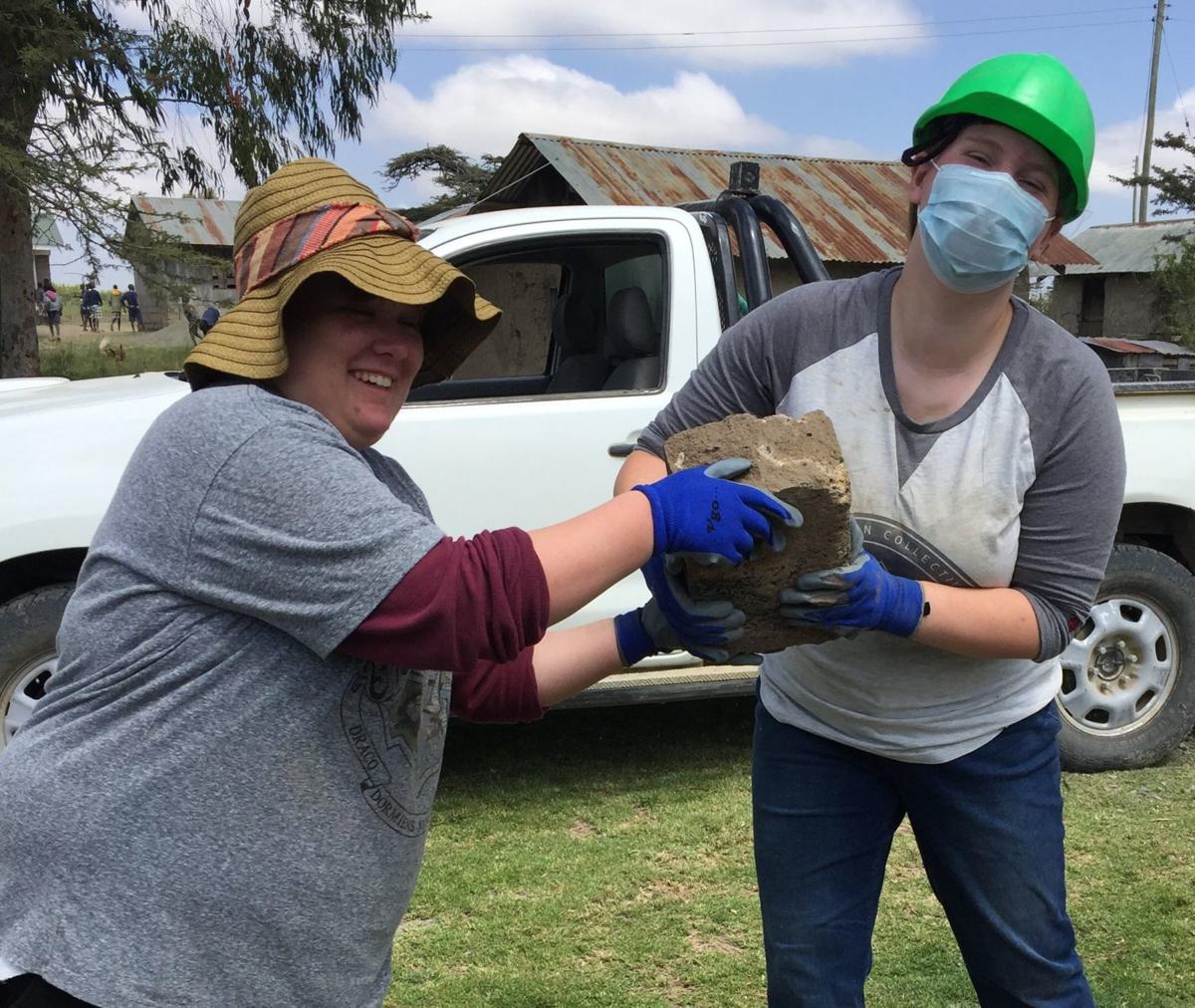 New Century Academy students Kareena Collette and Mackenzie Henning helped move cinder blocks to build the foundation for teacher’s accommodations at a school during a visit to Kenya. 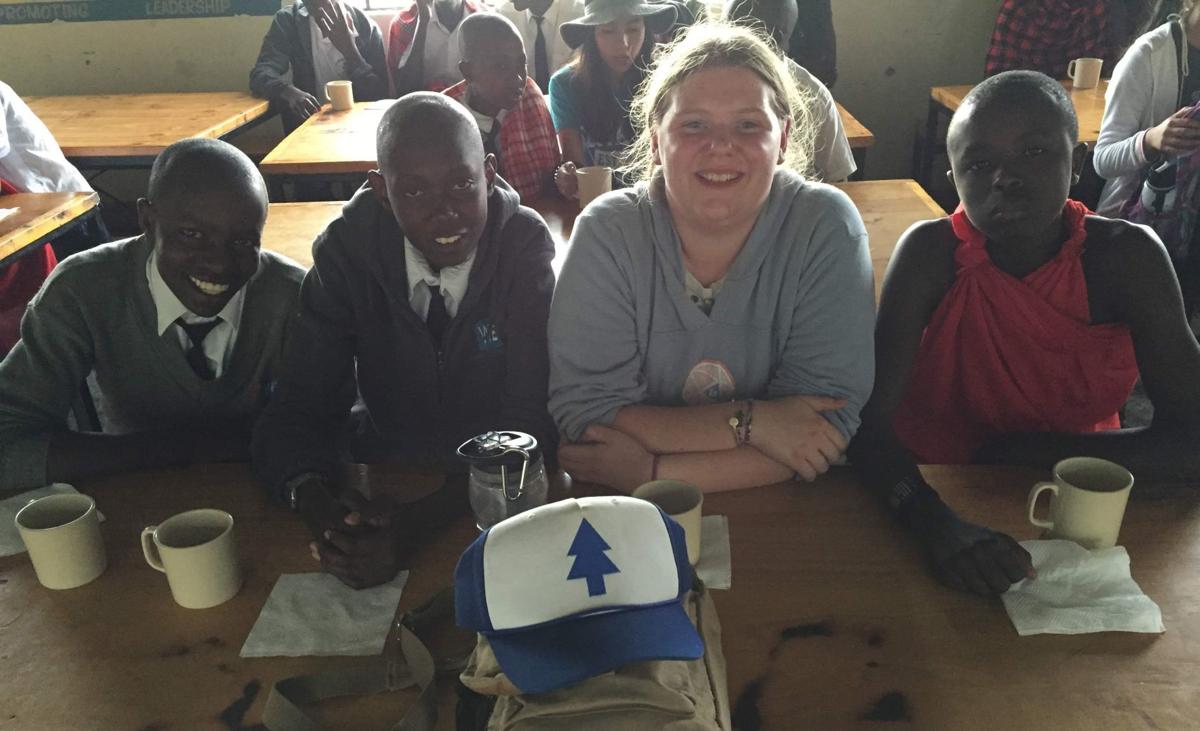 Mackenzie Henning hung out with some of the students at Ngulot Boys Secondary in Kenya. 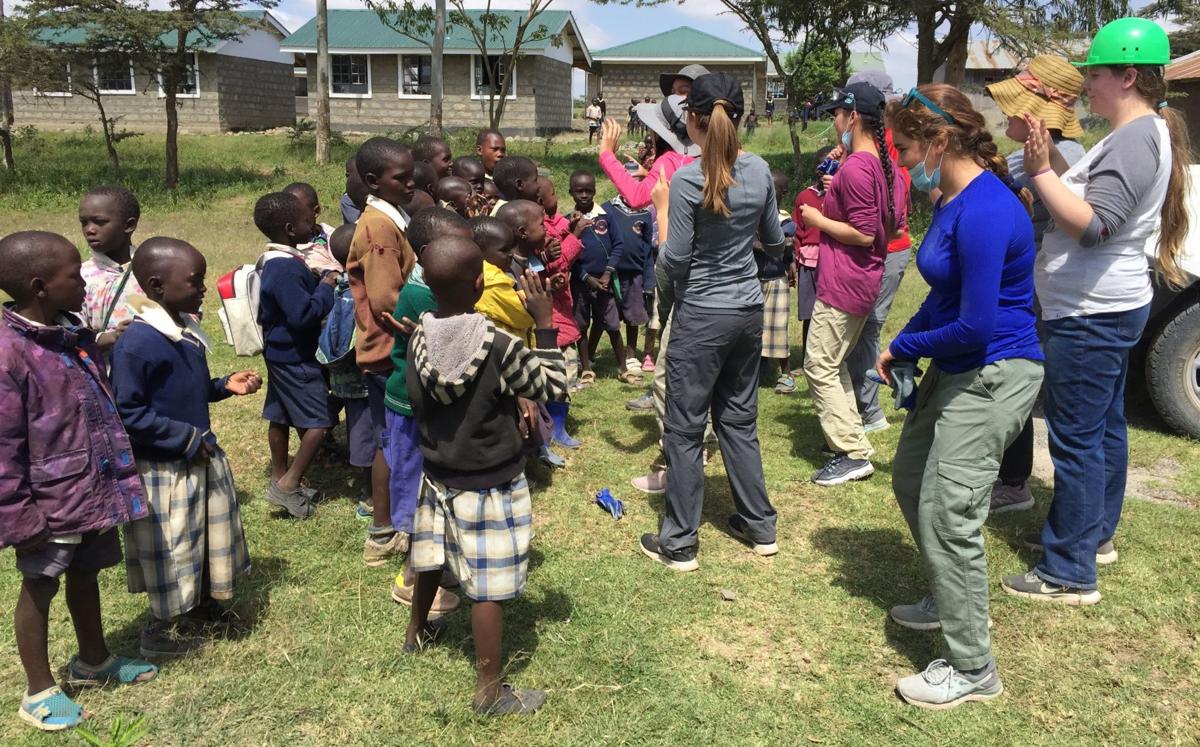 Students participating in the “Me to WE” trip engaged with local kids in rural Kenya as they learned about the many ways people worked hard to build communities.

New Century Academy students Kareena Collette and Mackenzie Henning helped move cinder blocks to build the foundation for teacher’s accommodations at a school during a visit to Kenya.

Mackenzie Henning hung out with some of the students at Ngulot Boys Secondary in Kenya.

Students participating in the “Me to WE” trip engaged with local kids in rural Kenya as they learned about the many ways people worked hard to build communities.

It would be a tall order for one student to raise $12,000 to attend high school. But if the work was split among 10 people, it just might be possible.

That's the mentality two New Century Academy students are bringing to a fundraiser. (Due to the forecast of a winter storm, the art fair scheduled for SaturdayJan. 18, has been postponed. The new date is 2-6 p.m. Saturday, Feb. 1, at the school, 950 School Road S.W., Hutchinson.)

"We are having an art fair," said 10th-grader Mackenzie Henning. "People can rent our tables in our gym for the full four hours. They can sell their art and keep any profits they make."

Money raised from $20 table rentals will go toward the portion Henning and sophomore Kareena Collette are gathering. This past summer they joined eight other Minnesota students on a trip to Kenya to learn about rural service projects. There, they visited Ngulot Boys Secondary, a school students can access after finishing primary school if they score high enough on a test, or if they can't reasonably attend another school designed for students who didn't score as high. But each student requires $12,000 to pay for four years of tuition at Ngulot Boys Secondary. For the most part, that money comes from scholarships, such as the one Henning, Collette and the eight other students are trying to fund.

While visiting Ngulot Boys Secondary, Henning and Collette were impressed by the diligence and knowledge of the students, but also by their dedication. Henning recalls students quickly solving chemistry calculations that were difficult for her. They were also surprised to learn the active 4 a.m.-10 p.m. day at the boarding school was a compromise. Students had wanted to keep the schedule even more full, but the teachers demanded they sleep longer.

The opportunity to visit Kenya came as a surprise to New Century Academy students last year when they were recognized for their many community projects.

Students worked to make their school more accessible for visitors with disabilities, brought awareness to human trafficking and bullying, and helped Common Cup Ministry. The efforts caught the attention of a WE Schools Program manager, who urged the school to seek recognition by the Stillman Global Leadership Program. WE Schools encourages students to address local and global issues. Collette and Henning were among the students to apply for the trip from a handful of Minnesota schools recognized by the program. The visit to Kenya was one of what is known as a "Me to WE" trip.

"The idea behind it is changing thinking from self-centered to helping other people and working together," Henning said.

The 10 students flew out of Minneapolis for the July 12-21 trip and landed in Nairobi. They were in the capital one night before a drive to the Great Rift Valley — a series of natural trenches spanning 6,000 miles. From there, they visited the Kishon Health Centre, a hospital founded by Stillman and WE, schools and villages.

At one school, the students stopped to help with construction for a day, mixing concrete, moving rocks and laying a foundation for a building for teacher accommodations. Henning and Collette walked with a group of women to a local river they used to visit four times a day for water. The construction of a well provided easier access to water for a school, and the water was cleaner as the river was also used by livestock.

"Now they only have to go a couple times a week," Henning said.

One detail about the trip that particularly stood out to Collette was how important it was for everyone to help each other.

"We were in a village and they were constantly aiding each other," she said. "It was like one big family in a village. There were little girls getting water for their classroom. People walked with someone even if it was the opposite direction from where they needed to go. People helped with chores. Kids helped with farming."

WE told the students that it was better to give things that would help people help themselves, instead of simply giving away donations.

"There was a specific rule that we were not to give anyone anything," Collette said. "They believe strictly in a hand up, not a handout."

It's that lesson that led to the 10 students' desire to raise funds for a scholarship, as it makes sure a student is able to pay for an opportunity they worked for.

Henning and Collette know it will take more fundraisers to garner the money needed by September. While more ideas are in the works, students at NCA are helping with Penny Wars. Each advisory class has a jar to collect pennies, and each penny is worth a point. Classes can sabotage others by adding higher denominations of currency, which subtract from the points in the jar.

"It's a competition to get the most points while raising money," Collette said.

"There was a specific rule that we were not to give anyone anything. They believe strictly in a hand up, not a handout."