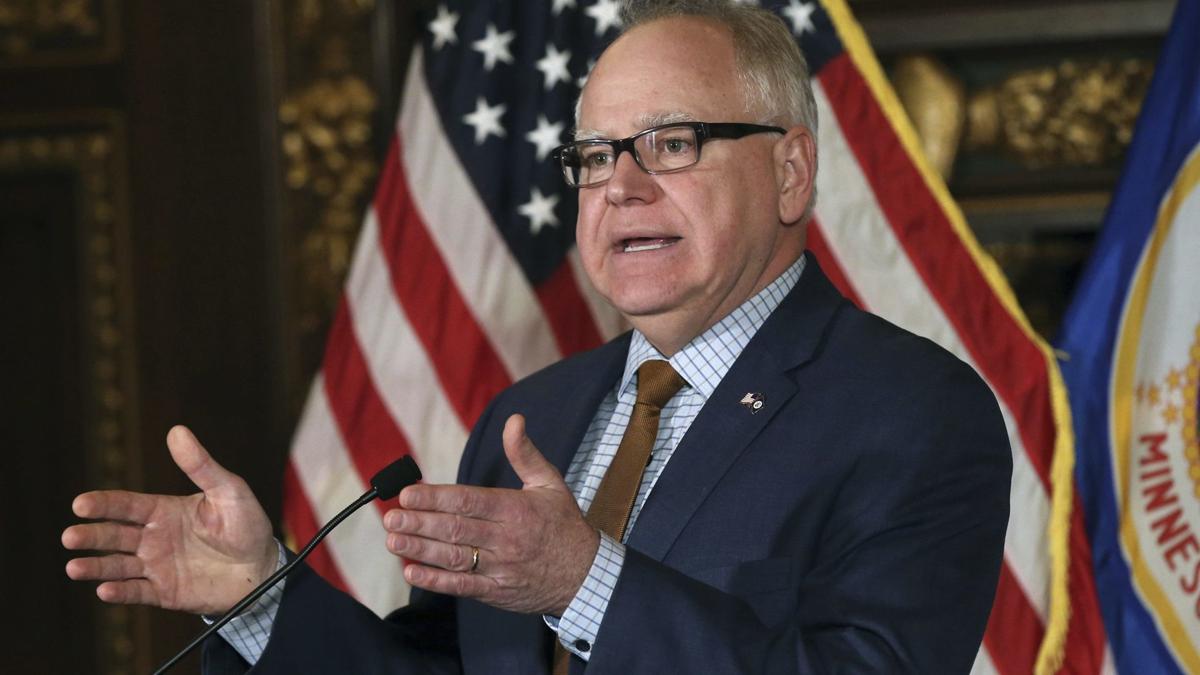 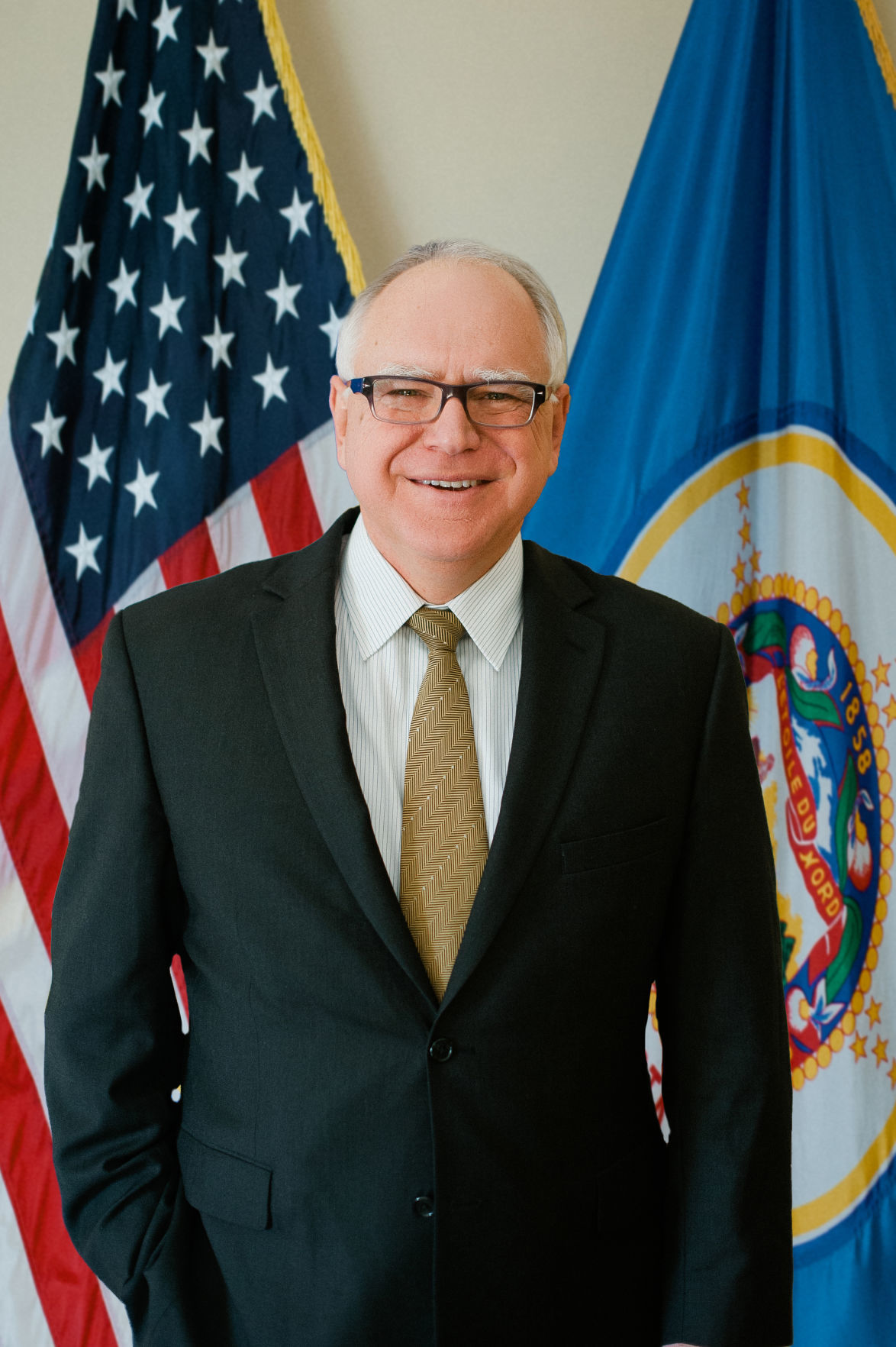 Gov. Tim Walz Wednesday asked Minnesotans to make the most profound sacrifices yet in the struggle against the coronavirus pandemic: Stay at home for two weeks, starting Friday night.

And unless your business is deemed “critical,” close the doors, send your workers home, idle your machinery.

The practical effect is basic: Keep people away from each other and common spaces, depriving the virus of its ability to infect people.

In the meantime, he said he would rally the state’s manufacturing sectors and emergency planners to bring to bear supplies, testing and logistics in preparation for a wave of illnesses that will, eventually, come.

Some restrictions previously ordered will remain in effect longer.

Entertainment venues will remain closed, and bars and restaurants will remain restricted to delivery and carry-out until May 1.

Schools will remain closed, with students learning from home, until May 4.

Any of these could be extended, Walz acknowledged, depending on how the outbreak progresses.

“I’m asking for your patience and understanding,” Walz said in a 2 p.m. address to the entire state that was broadcast live across TV stations, aired on the radio and streamed on Facebook. “I know how painful this is.”

In an image endemic of the epidemic, Walz sat, alone, before a camera in the Governor’s Residence in St. Paul, where he wields his emergency powers under self-quarantine after a member of his security detail tested positive for COVID-19.

Walz made his case via split screen.

On one side, the first-term Democratic governor and former Army National Guardsman pleaded with his citizenry for unity, resolve and compassion. On the other: data, via raw numbers and graphs drawn from computer models developed at the University of Minnesota showing how the escalation will buy time to save lives.

The “stay at home” order falls slightly short of a “shelter in place” order and well short of anything resembling a “lockdown,” and the exceptions for businesses are broad. But it’s a stringent action nonetheless, with both wide-ranging benefits to save lives and far-reaching pain for broad swaths of society.

His own advisers estimate that the order will render 28 percent of the state’s workforce jobless for two weeks.

Still, he could have gone further — as many of his fellow governors have, some public health experts have urged, and much of the human race has done as the novel coronavirus marches across the globe.

It appears that Walz, who has long cast himself as a unifying presence amid a polarized landscape, has characteristically attempted to balance two general poles of public sentiment. On one side, the desire to protect life; on the other, the angst of those seeking to protect the economy and livelihoods of the overall population, most of whom face no mortal threat from the virus — but whose normal travels imperil those who do.

Walz said he subscribed to estimates that, while some 2.2 million Minnesotans will become infected, 85 percent would not require hospitalization; 15 percent would, including 5 percent who would require intensive care to greatly reduce their risk of dying.

He displayed a projection that said, without action, 74,000 Minnesotans could die, a figure he called “unacceptable.”

However, when asked later by reporters how many of those would be saved under his actions — how many would die by following his plans — he refused to provide a number, saying the nascent models weren’t yet ready to provide such specific numbers.

WHAT THE ORDER SAYS

Under the order, permitted activities to leave home will include: health and medical needs, outdoor activities, necessary supplies such as food (and yes, liquor), essential interstate travel, relocating in an emergency, and caring for others. Homeless people are exempt.

It makes exceptions for workers who can’t work from home and work in “critical sectors.”

But a much wider array of businesses are allowed to stay open than those categories might suggest. Real estate appraisers, dry cleaners and iron ore miners are among a few who are allowed to clock in at work under the state’s guidelines. In fact, Steve Grove, commissioner of the state’s Department of Employment and Economic Development, said 78 percent of the jobs in the state are in industries deemed critical.

The restrictions on businesses immediately caused a flurry of questions from consumers and business owners alike, prompting the state and news outlets to set up practical pages offering guidance.

Walz’ orders have the effect of law, but he emphasized he expects widespread compliance, and that he expected law enforcement and regulatory authorities to be able to pressure those not abiding without needing to take stern actions, such as writing tickets or making arrests.

While unclear for some time — and still unclear at the national level — Walz’ plan fits with a strategy he’s clarified in recent days and underscored Wednesday.

The goal is to buy time to do two things:

The ultimate goal, as Walz has articulated it, is not to crush the epidemic immediately; he’s said that’s not feasible. He even ceded Wednesday that his plan wouldn’t flatten the curve as much as more severe measures, or making the “stay at home order” last longer.

The ultimate goal is to avoid avoidable deaths. In that regard, there are two crucial numbers: the number of intensive care units, and the number of sick people needing intensive care. He has said he wants to take whatever measures are needed to avoid the latter outstripping the former. That’s the “overwhelming” of hospitals that has happened in Italy and which legions of public health officials fear.

Concurrent with these actions are several other initiatives:

“Sites, stuff and staff,” is how Joe Kelly, director of the state’s Homeland Security and Emergency Management, summarized the effort.

“This is all hands on deck right now,” said Dr. Rahul Koranne, president and CEO of the Minnesota Hospital Association. “Right now, our focus is heads down, continue to prepare.”

The Minnesota Medical Association released a statement that it and more than a dozen medical societies in the state “strongly support” Walz’ action. Pressure had been mounting from some quarters of the medical community who felt the state was losing precious time to slow the virus’s advance.

Senate Majority Leader Paul Gazelka, R-Nisswa, the most powerful Republican in state government, said he had “grave concerns” but did not offer a different approach.

Gov. Tim Walz' stay at home order is backed by state law, which means violation is a misdemeanor. As a result, it could come with a penalty of up to 90 days in jail and a $1,000 fine. However, Walz said the priority is to educate people and not to have anyone arrested.

"This requires voluntary social compliance for a large part," he said.

"Our method is going to be to educate first and then use enforcement action as a last resort," he said.

He said if officers see someone who should be at home, or a group congregated when it should not be, the first step will be to talk to that person or group. Officers will seek to educate the public, and ask people to go home as needed. Should someone be seen in repeated violation of the order, or should police instruction be refused, "then maybe a citation is in order," Gifferson said.

"But definitely it's just an education aspect first," he said.