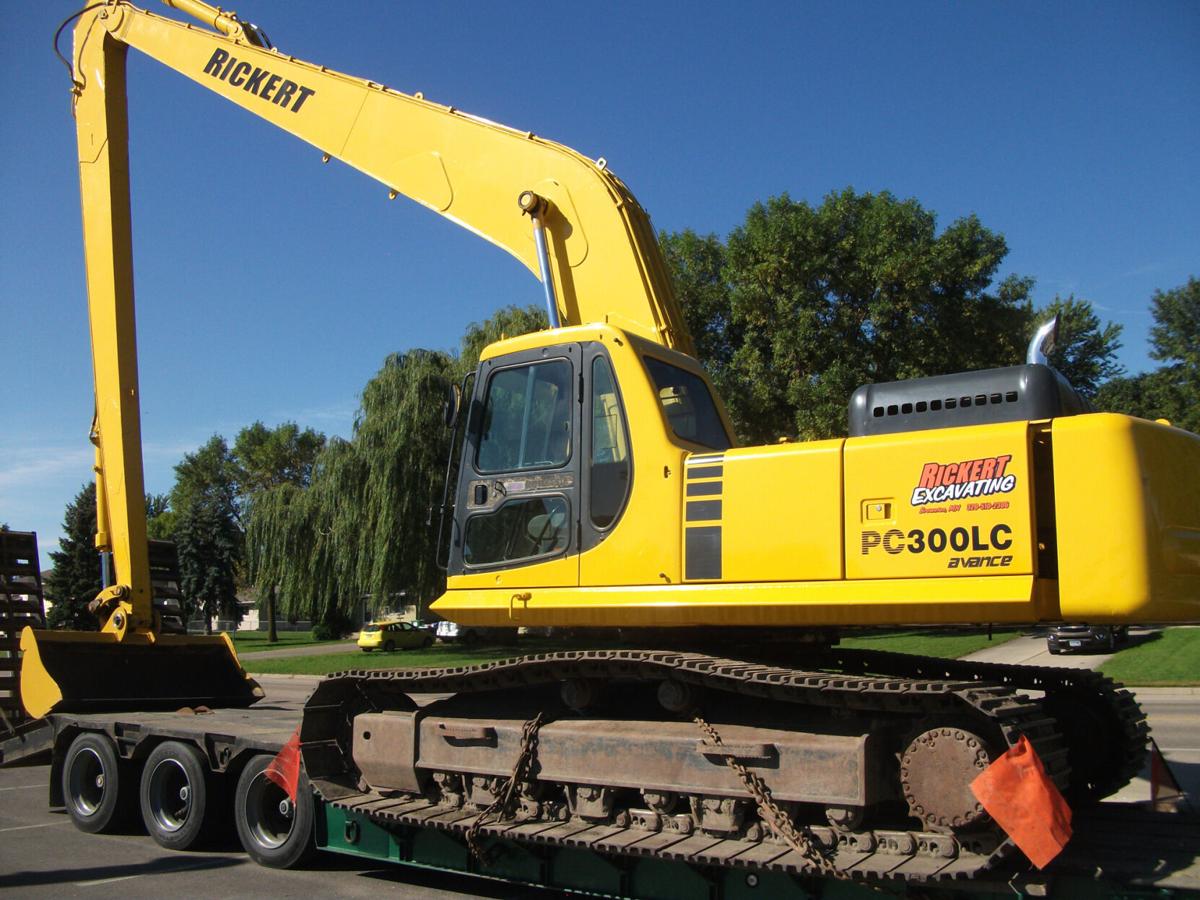 You can’t miss the bright yellow digger at the Big Toys for Little Kids Expo. After a two-year break, the event is back this Saturday. 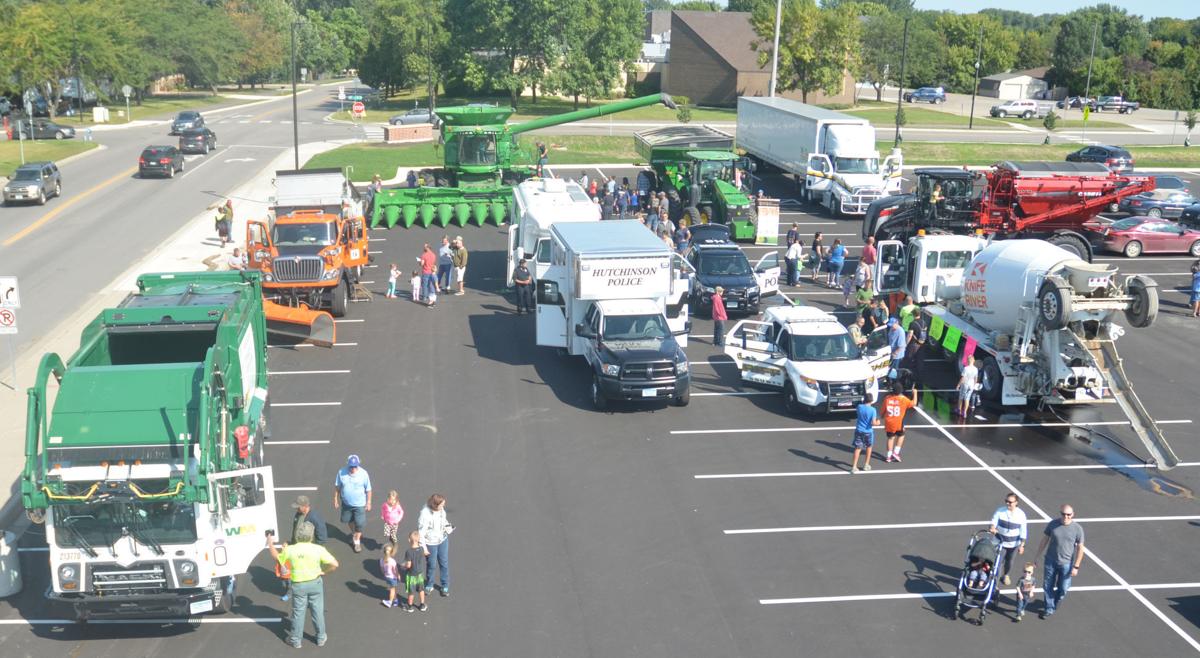 A trip up a Hutchinson Utilities Commission boom truck provided an excellent view of the Big Toys for Little Kids Expo in 2018.

If you’ve got a kid who loves big trucks, emergency vehicles and utility trucks, save the date — Saturday, Sept. 11 — for the Big Toys for Little Kids Expo, sponsored by the McLeod County Voiture 414, Forty & Eight Veterans Organization.

Start at 10 a.m. and going until 1 p.m., kids age kindergarten through fifth grade can experience the thrill of sitting in a big rig in the parking lot at Hutchinson High School, 1200 Roberts Road S.W.

Jerry Block, coordinator of the event, got the idea when he saw it one time in Waconia.

“They had a small display at the high school,” he recalled. “I thought we could do that here. We tried it. The first year, it was helter-skelter. We didn’t know what we were doing. We got a bunch of guys out there with their stuff. After that it started picking up.”

For three hours, children can explore the big rigs to their heart’s content. The biggest draws? Block said probably the big fire truck, combine and tractors.

“We want to introduce the smaller kids to the police, so they’re not afraid,” Block said. “We try to keep it friendly for the kids.”

To give you an idea how popular the event is, the Forty & Eight gave away 1,000 hot dogs in 2018, the last time the event took place. It’s scheduled every two years, and was to have taken place in 2020, but due to COVID-19 it was canceled.

“We do it every other year to try and keep it new,” Block said. “We skip a year and it’s new again.”

The event is timed to coincide with Hutchinson’s Citywide Garage Sale, so there are plenty of families in town for the day.

Block likes to tell the story about a young lad who scratched himself at the event.

“We hauled him on the Gator to the ambulance crew,” Block said. “They put him on a gurney and put a Band-Aid on it and he was as proud as a peacock. It was nothing serious, but we made it serious.”

Come Saturday, Block estimated at today’s prices there will be about $10 million to $12 million worth of equipment in the high school parking lot.

“That’s pretty cool,” he said. “When we don’t have it the vendors call me. They don’t forget about it. They like coming there.”

The Forty & Eight is an honor society of veterans of all wars. It was created in 1920 and draws its origin from World War 1 when millions of American soldiers in France were transported to the front in narrow French box cars called “Voitures,” which would hold 40 men or eight horses. Drawing on those experiences, La Societe des Quarante Hommes et Huit Chevaux (The Society of 40 Men or 8 Horses) was formed. Membership is by invitation only and supports a Nurses Training Scholarship program, various child welfare programs and provides aid to fellow Veterans.