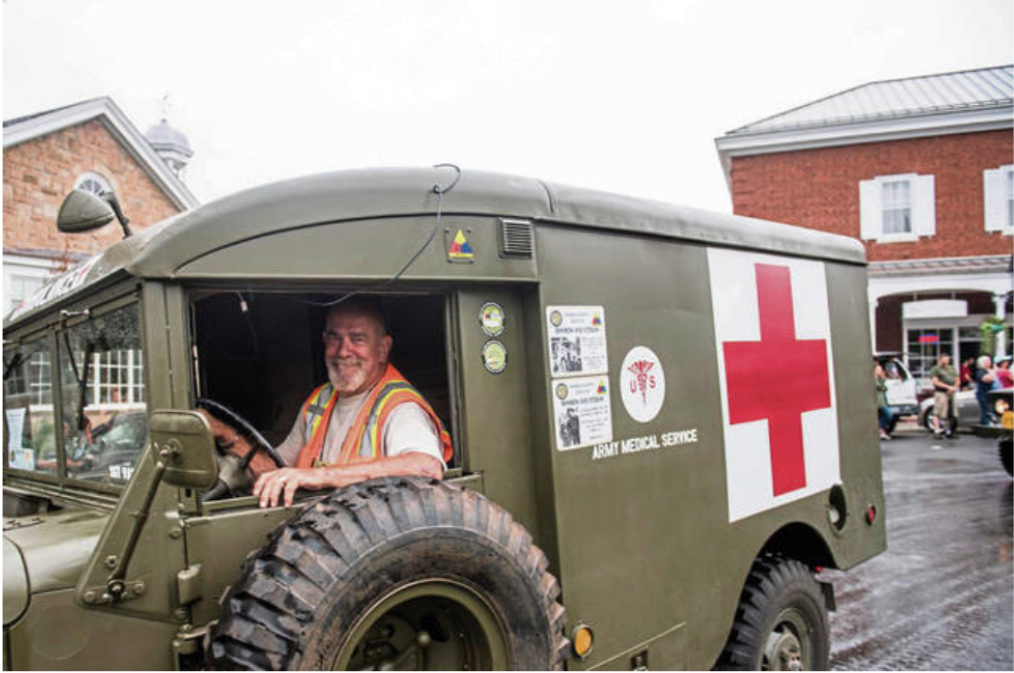 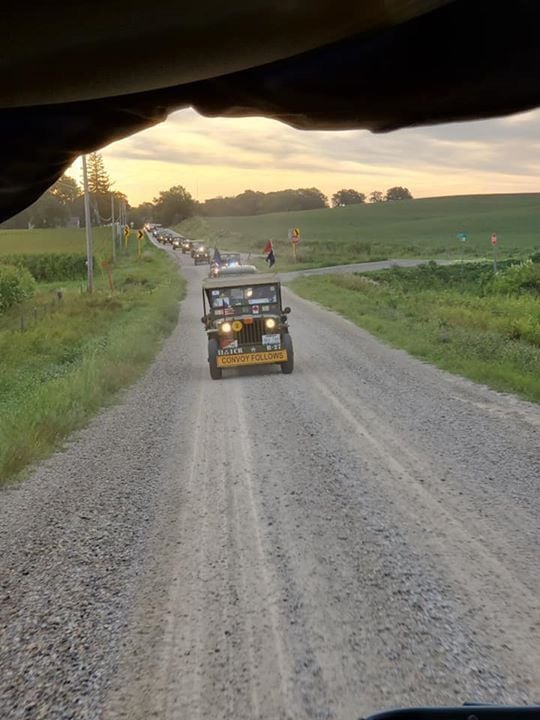 When more than 40 historic military vehicles make their way through Hutchinson on July 29, plenty of people will have a good view of the convoy. But for those hoping to get a closer look, the McLeod County Fairgrounds is the place to be that evening.

This is the seventh trip for the military vehicle convoy, which has traveled the Lincoln Highway and the Alaskan Highway. Sponsored by the Military Vehicle Preservation Association, the cross-country event includes privately-owned World War II Jeeps and Dodges, Korean War-era deuce-and-a-halfs, 5- and 10-ton Oshkosh and cargo haulers, among many others from the late 1950s through today.

The convoy is traveling and celebrating the historic Yellowstone Trail National Highway route, which was established in 1912 with the slogan “A Good Road from Plymouth Rock to Puget Sound.” The route was originally marked with yellow bands painted on trees and telephone poles. In 1915, a timed relay race from Chicago to Seattle used the route. The military vehicle convoy will follow the route from Aberdeen, South Dakota, to Conneaut, Ohio.

“I tell people you really don’t know the United States until you drive the back roads at 30 mph,” said John Varner, convoy planning team member.

The convoy often uses less traveled roads due to low speeds meant to help preserve the historic vehicles. For some, the site of the military vehicles constitutes the largest Fourth of July parade they’ve ever seen.

The month-long journey, which covers 120-150 miles each day, will enter Minnesota at Ortonville and stop in towns such as Montevideo and Olivia along the way. When it reaches Hutchinson, the convoy will park for a break and take a guided tour of town, escorted by police. The tour is expected to drive by several senior living residences, on Second Avenue past South Park and Sherwood Street past Elks Park, then on Jefferson Street from Second Avenue Southeast to Century Avenue until finishing back at the McLeod County Fairgrounds, where the vehicles will park and locals are invited to visit.

Stops like these become opportunities for association members to educate the public about the importance of the vehicles during their time in service, and their history.

Varner will be there in his 1953 Dodge ambulance.

“If you ever saw the TV show MASH, there is a good view of that ambulance coming up the hill in the opening credits,” he said.

He’s been driving the ambulance since 2016 but has been in the Military Vehicle Preservation Association since the 1990s, following four years in the Army in the 1970s.

“I was around these vehicles,” he said. “And Americans collect old cars, whether they’re old Stingrays or old ambulances.”

The seven cross-country convoys have been a way to make friends, build bonds and have fun.

“You hear the birds singing, the children laughing in the yards waving at you and running toward you,” Varner said. “It’s amazing. The country really isn’t defined by big cities, it’s defined by the Hutchinsons. We’ve had a lot of great experiences.”