UPDATE: This story has been updated with changes to the interview schedule.

Hutchinson City Council members will interview nine residents who submitted interest forms to fill a vacant seat on the council.

Council Member Brandon Begnaud, who was elected to a four-year term in 2020, officially vacated his seat July 16 as his family is moving to South Dakota. Ten residents submitted an interest form expressing their desire to fill the vacancy on an interim basis until a special election, and now the four remaining members of the council must choose a single candidate.

During last week’s council meeting it was decided that the best way to narrow the field and fair to all 10 candidates was to allow each an opportunity for an interview.

“This is the only fair way probably to do it,” Council Member Dave Sebesta said. “I think we want to leave the door open to everyone and give them the opportunity to talk to the council.”

Each candidate will be given 25 minutes and asked at least six questions, which were given to the candidates ahead of time. 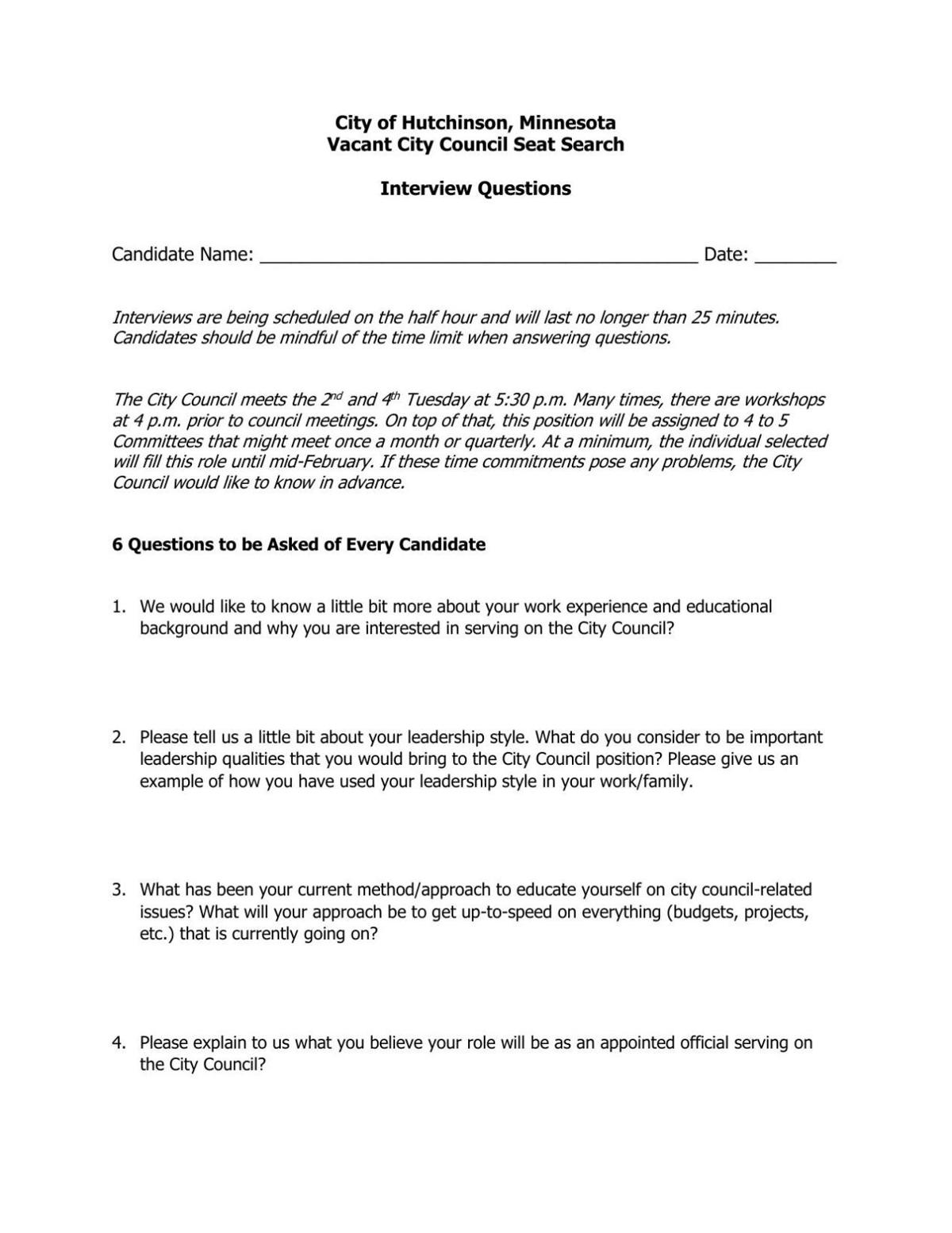 “I think that’s fair, because a lot of times we know exactly what we’re talking about here,” Council Member Chad Czmowski said. “We get our information ahead of time and are able to do research, so they should be able to have that luxury.”

Since the meeting, one of the candidates, Christy Christensen, withdrew himself from consideration.

The interviews are scheduled for two special sessions open to the public at 4 p.m. Monday, July 26, and 6 p.m. Wednesday, July 28, both at Hutchinson City Center. They'll also be broadcast on HCVN. Here’s a complete schedule of the interviews:

Following the interviews, it will be up to the council members to decide the next step in choosing an interim council member. Eventually they will have to vote on a successor, and if there is a tie, Mayor Gary Forcier will appoint someone.

Whoever is chosen to fill the seat on an interim basis will be expected to immediately assume council duties and serve until after special election results are certified next year.