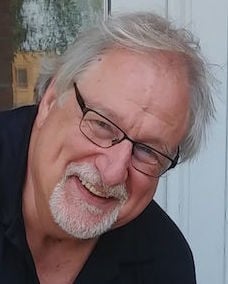 With little discussion, members of the Hutchinson City Council unanimously selected Pat May Monday to fill a vacant seat on the council. According to an interest form May submitted to be considered for the position, he’s been a lifelong resident of Hutchinson for 63 years and has served on a handful of local organizations and committees, including as past president of the Hutchinson Elks, sight and security chairman for RiverSong Music Festival, and as president of the Hutchinson Wrestling Club. “I’m proud and I’m happy that the council chose me,” May said. “There’s a lot of things to get up to speed on, but I’m fairly confident I can do that. I’ve been involved in lots of different boards and organizations, and of course this is on a much larger scale, but I look forward to the challenge and listening to the people.” May will officially be sworn in during the council’s Aug. 10 meeting and will immediately begin his duties. He will serve on the council at least until voters cast their ballots in a special election Feb. 8, 2022. The council made its decision following interviews last week with the nine candidates who submitted interest forms. The other candidates considered were: Carol Johnson, Jared Golde, Jeff Liestman, Justin Doering, Justin Williams, Mark Carrigan, Morgan Baum and Tim Burley. The seat became vacant in July when Brandon Begnaud, who was elected to a four-year term on the council in 2020, resigned as he and his family moved out of town. The city charter states that it is the job of the four remaining council members to fill vacancies on an interim basis until the special election. If the council members had been unable to reach a majority decision, Mayor Gary Forcier would have had to appoint someone. Besides those guidelines, the charter gives little in the way of instruction for how the process should be carried out, a fact that has frustrated some on the council and may lead to a charter change in the future. “It would be my wish to put (a charter change) on our project list for next year to define (the process) in case we go down this road again, because this is driving me nuts,” Council Member Chad Czmowski said last week. At Monday’s special meeting, which took less than 10 minutes, each council member presented candidates they felt would be the best fit to fill the vacant seat. All four members named May, however, Czmowski also named Morgan Baum for consideration. “Morgan said she went to every meeting since 2016,” Czmowski said. “She’d be able to come in and really hit the ground running. That being said, I’d be comfortable with Pat (May) as well. … I think he would step in and do a good job.” “In an election you have to work with the person that the public puts in that seat,” Mayor Gary Forcier said. “But now that I get to pick who I want to participate with me, I would also like Pat May.” As for who will fill the seat on a permanent basis through 2024, filing for the special election opened July 27 and closes Tuesday, Aug. 10. Candidates can file at the administration office at Hutchinson City Center, 111 Hassan St. S.E. In case there are more than two candidates, a primary election is scheduled for Nov. 2 to narrow the field down to two before the special election in February. As of Monday evening, Carol Johnson was the only candidate to have filed, but May said he also plans on running for the full term. “Honestly, that is what I would like to do with the job,” he said. “To make sure I’m qualified to do it, and then you let the chips fall where they may.”