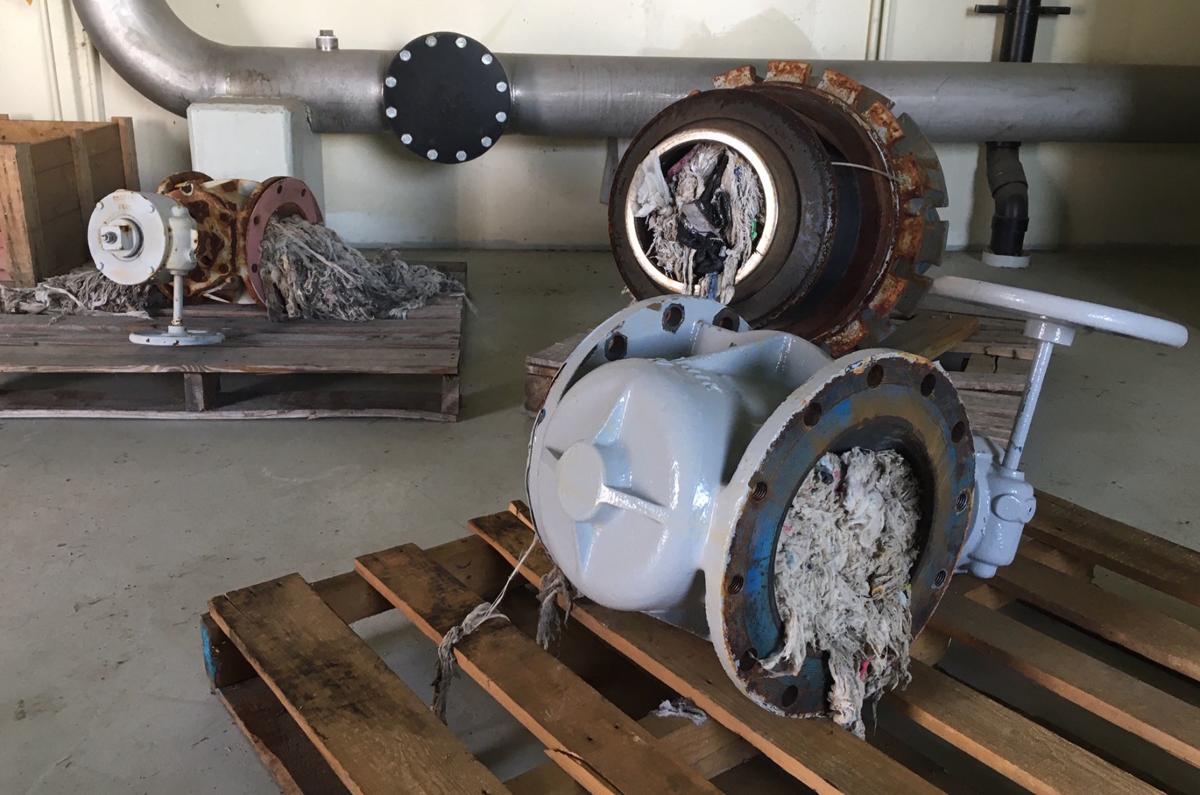 They may not look like art, but these clogged water valves and pumps could soon be appearing on the Sculpture Stroll as the city considers new ways to educate residents about the damage caused by putting non-flushable items in the toilet. 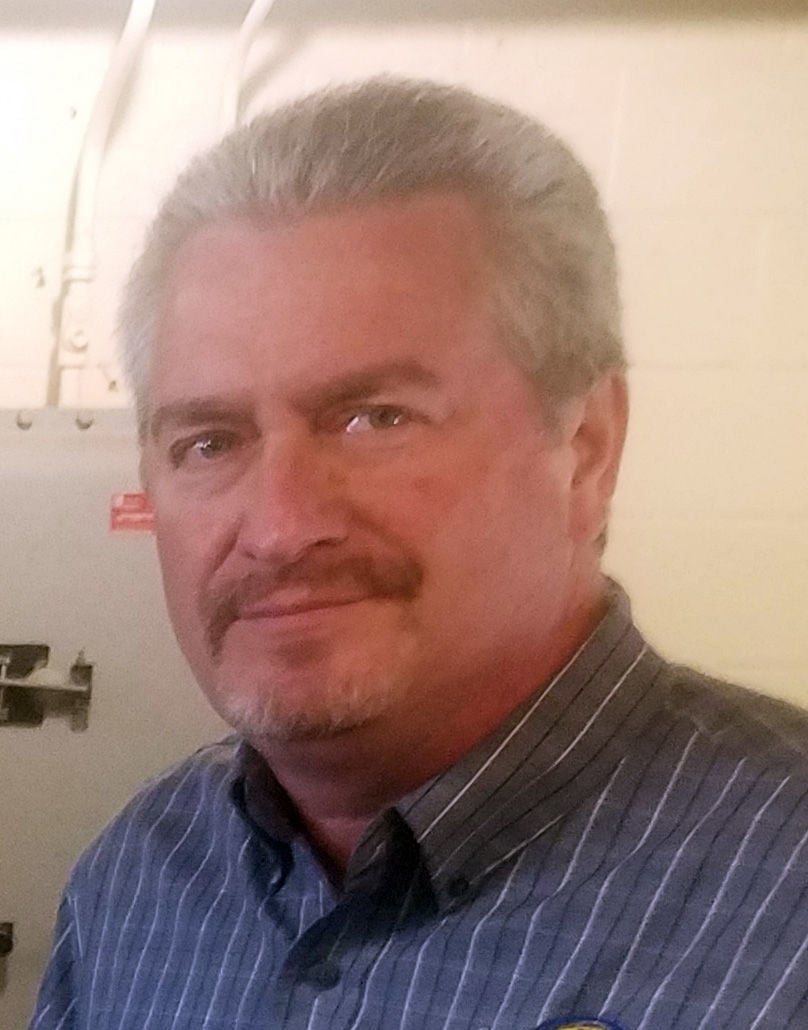 Hutchinson wastewater manager Tim Gratke has a unique collection. It’s one he and staff at the Hutchinson Wastewater Treatment Facility want to prevent from growing. It’s a gallery of water valves and pumps hopelessly clogged with a mishmash of materials ranging from cleaning wipes and rags to catheters and underwear.

If that sounds like materials that shouldn’t be flushed down toilets and drains, you’re correct. And yet enough of it has made its way into Hutchinson’s wastewater system that Gratke’s collection has swelled to two clogged valves and one pump now in just the past few years.

The first clog was discovered in a valve in May 2015. The second was found while making a planned replacement on a lift station pump in 2018. The most recent piece to Gratke’s collection, however, was added in October when a clog in another valve was discovered, similar to the first but larger.

“We alternate force mains,” Gratke said. “We have two and we usually use one. In order to keep the wastewater fresh in them, we usually switch them weekly. They went to switch it one time and all of a sudden they had flow for about an instant and then the flow went to zero.”

Attempts to close the valve failed as it would only close about halfway. After trying unsuccessfully to free the clog using water pressure through the valve, there was no option left but replacement.

“We were like, ‘Yup, there’s something stuck in there,'” Gratke said.

The good news for Hutchinson taxpayers is this clog did not come with a $250,000 price tag like the 2015 incident. After the first clog, a redundant bypass that takes wastewater to an outside lagoon was built in case of future clogs. It was as if Gratke could tell the future.

“We were able to use the piping that we had put in at the expense of the first (clog),” Gratke said. “We didn’t have to incur anymore cost, it was just the cost of several days of work.”

When it comes to preventing more clogs, Gratke said education is the most effective method. People may not know what should and should not be flushed down toilets or drains. In case you’re wondering, the rule is simple: If it’s not toilet paper or doesn’t come from your body, it doesn’t belong in the toilet.

And if you’re thinking "not my problem," Gratke warns that it could be, and it would be a very expensive problem at that.

“The homeowner is responsible for their separate services from their house, not only to their property line but to the connection to the main in the street,” he said. “So this line is usually the smallest diameter of the whole system, usually four inches or less. So if you want to flush something that’s going to get clogged, you take your chances. If we have to dig up the street to get at a clog in the connection, they’re responsible.”

So how does Gratke spread the word about what is and is not flushable? He’s considering making his collection mobile.

“I got an email the other day from Councilman (Steve) Cook that suggested we try to gather (the clogged valves and pump) on a trailer so they could somehow be viewed by leaving the trailer at a place where people congregate,” Gratke said. “Maybe churches or the Fair. He even suggested possibly on the Sculpture Walk.”

Until more people learn what is flushable and what is not, chances are Gratke will be adding new pieces to his collection. In fact, he may have already found one while finishing repair work on the new valve in October.

“The last day when we finally changed this valve out, we were using those bypass valves. When we went to close one of the bypass valves it wouldn’t close completely. It’s an underground valve and we were like, ‘Yup, there’s a rag ball in there.’”

What are the plans to fix this new clog? Nothing, for now.