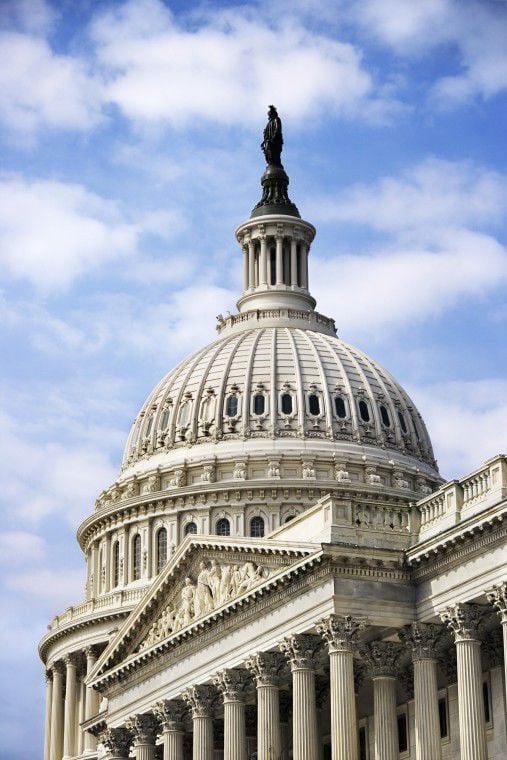 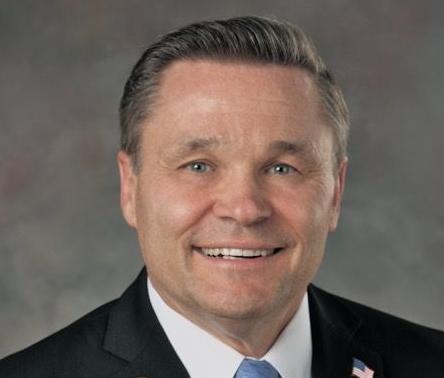 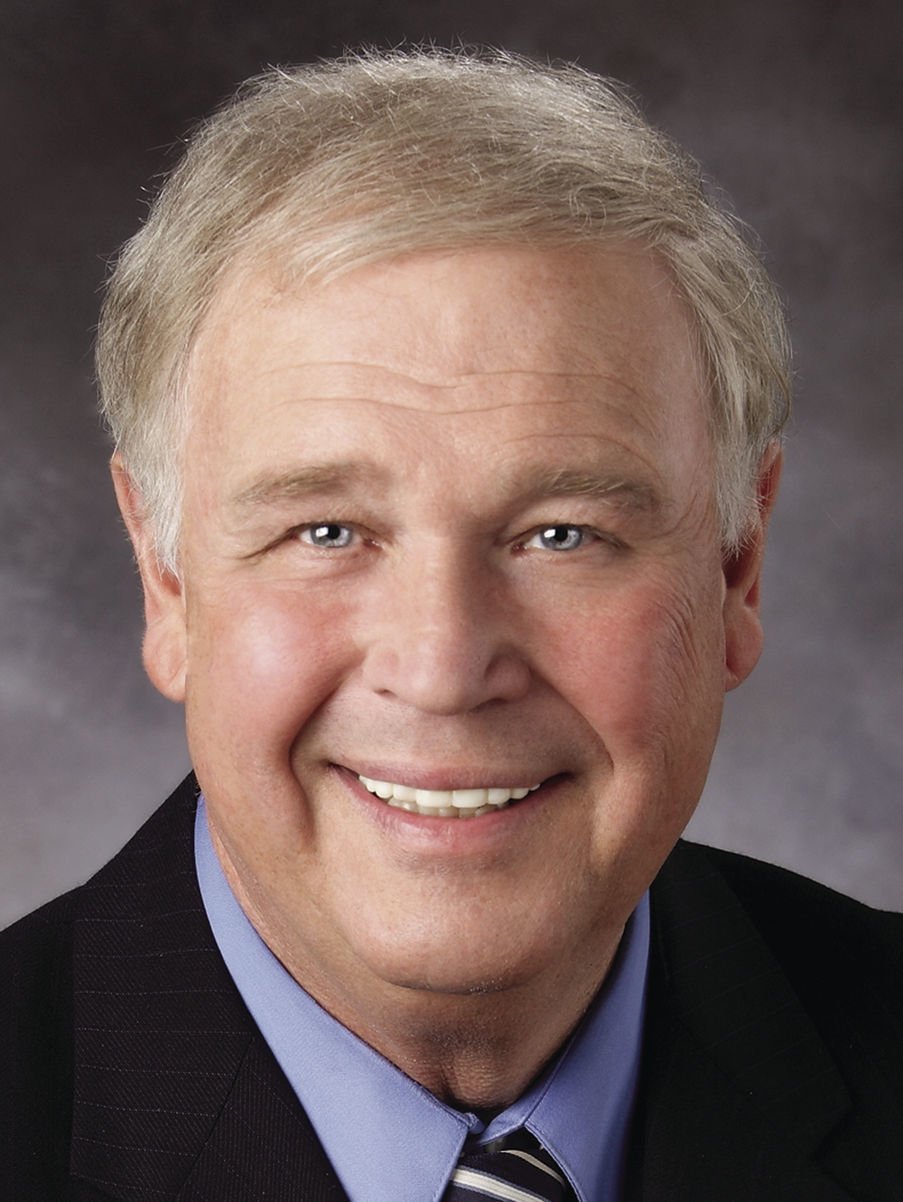 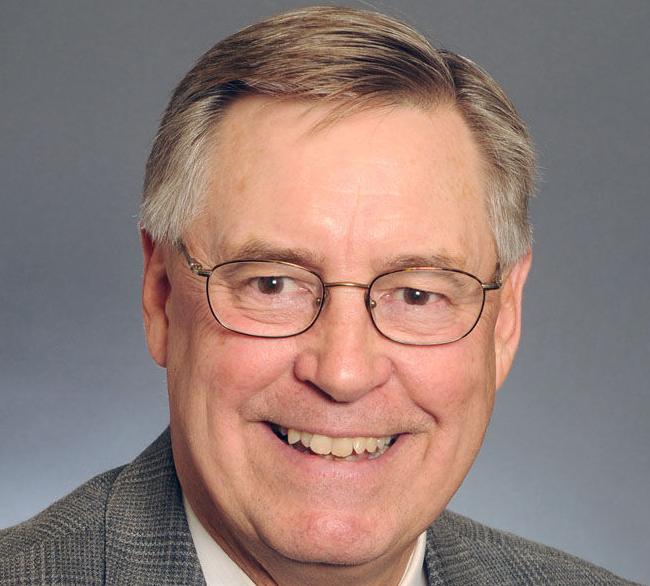 When pro-Trump rioters in Washington, D.C., stormed the U.S. Capitol last week, five people, including a police officer, died as a result. Meanwhile, a 500-person rally outside the Minnesota Capitol in St. Paul billed as a “Storm the Capitol” rally was peaceful and included prayers, but also speeches and signs promoting civil war and violence.

"Peaceful protests are a constitutional right," said Rep. Glenn Gruenhagen, R-Glencoe. "However, violence, anarchy and looting are not and should be condemned and prosecuted."

Gruenagen was one of a handful of legislators who spoke at the St. Paul rally and offered non-violent rhetoric. He described the event as a “stop the steal" rally, which references the belief that the presidential election was stolen from Donald Trump.

"We have a cultural war on which direction the country will go," he reiterated his message to a reporter Monday.

What Gruenhagen said he saw at the St. Paul rally was the boiling over of a year of struggles into anger regarding the outcome of the presidential election. Attendees spoke of hardships from COVID-19, business closures and restrictions, and damage to communities during Black Lives Matter protests in 2020.

"You have to understand the level of frustration people are experiencing," he said. "Some people are losing everything they worked for."

Other local legislators said they were not invited to speak at the rally and would have declined.

"If it was titled 'Storm the Capitol,' that in itself is pretty inflammatory," Sen. Scott Newman, R-Hutchinson, said. "I wouldn't have even considered going there."

"I would not have spoken to a group if there were signs about civil war and insurrection," Dean Urdahl, R-Acton Township, said.

The three local lawmakers condemned the U.S. Capitol violence, which appears to have been motivated by claims that the election had been stolen. As the breach began, lawmakers were in the process of certifying the presidential election.

"I felt (the violence) was despicable and has no place in our democracy," Urdahl said, later adding, "When Jefferson took the place of Adams, that was a real watershed mark in the transfer of government. Around the world, up before that time, governments were changed by war, revolution or coup. So we started something very remarkable, and that is what we must maintain."

In a statement Jan. 6, Newman said, "Everyone has the right to peaceful protest, but threats and acts of violence, destruction of property, and putting the lives of other people at risk are not part of that process."

Gruenhagen Monday morning condemned unrest and violence he said Black Lives Matter and antifa had propagated throughout 2020. But, "The violence and death on Wednesday in Washington, D.C., should also be condemned, and individuals should be prosecuted to the full extent of the law," he said.

He added that anyone instigating violence must be held accountable.

"There is circumstantial evidence that Black Lives Matter and/or antifa bused in a group of agitators dressed like Trump supporters leading the assault on the (U.S.) Capitol," Gruenhagen said. "I am not denying that some Trump supporters were also there."

The FBI said Friday there is no evidence antifa participated in the Capitol riot. Gruenhagen said he still hopes the matter will be fully investigated. He worries the incident could be used as justification to silence free speech.

Critics of Trump have pointed to his speech just before the riot, during which he said, "You will never take back our country with weakness" as inciting words. Others have condemned his ongoing inflammatory language over the past few years, as well as the words of his supporters, such as lawyer Rudy Giuliani, who called for "trial by combat" before the riot.

Newman said that while he believes there are “criminal factions” who are partly to blame for the riots in June and last week, he agrees that the president holds some responsibility.

“I think he could have been much more proactive to de-escalate that situation, and I think his rhetoric for the last four years has been inflammatory, to be real honest,” Newman said. “I think it’s part of his personality. I think he has to accept some of the responsibility as the president, but certainly not all of it.”

Both Urdahl and Newman expressed hesitancy about supporting Trump in a possible 2024 presidential run. Both agreed that it was also time for politicians and supporters to tamp down divisive speech.

"We have a lot of people with very strong feelings right now," Urdahl said, "and they need to make sure they have that under control."

"It really makes it difficult in our dealings with and our relations with folks on the other side of the aisle,” Newman said. “Both at the state and federal level, we absolutely have to dial this back. We're hurting the country. ... I feel there are folks on the extreme right and left who are beginning to riot, and that just isn't helpful at all."