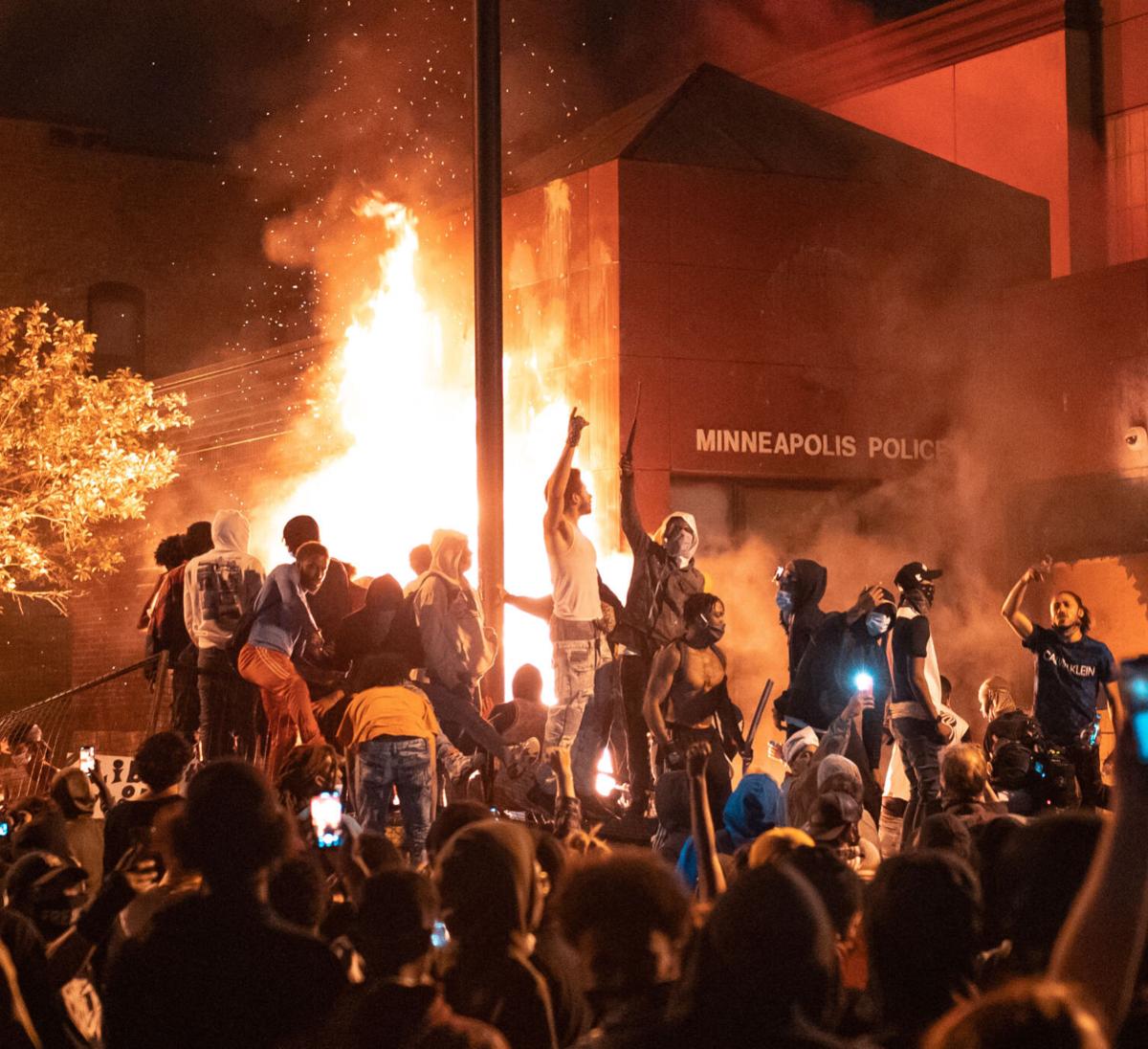 Rioters stand outside the Third Precinct police station in Minneapolis in May 2020 as it burned in this photo taken by Tanner Schaaf of Kingston. 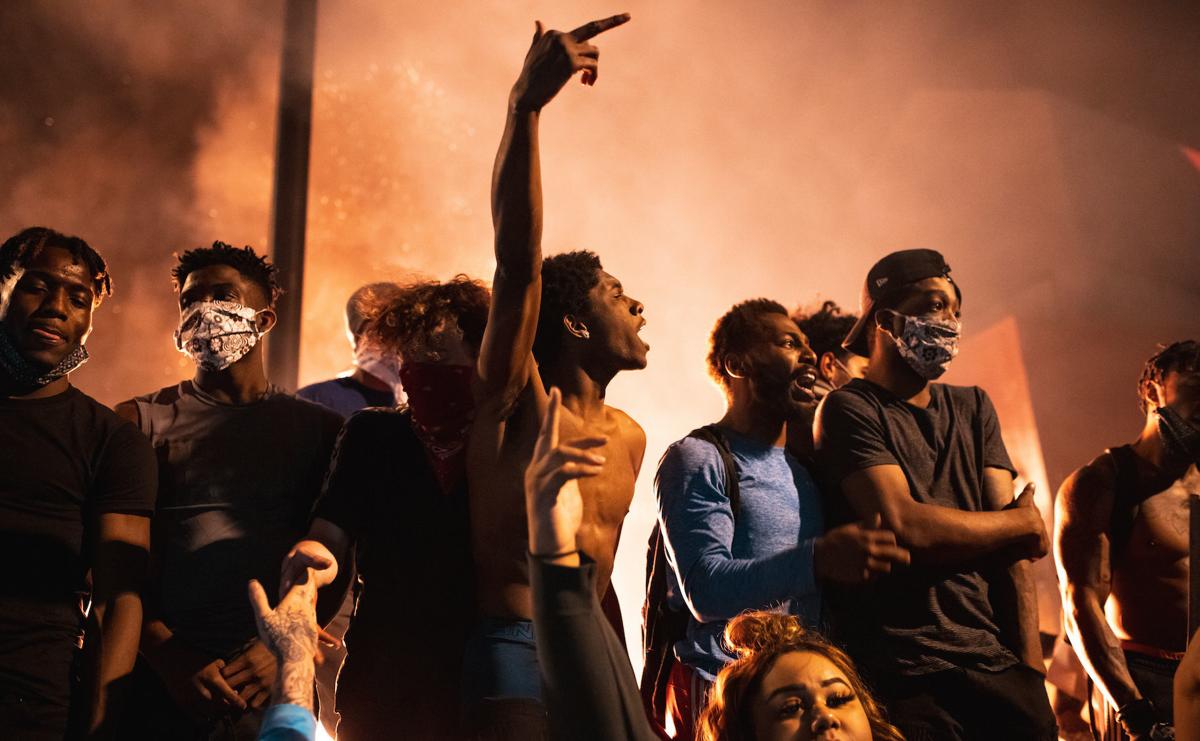 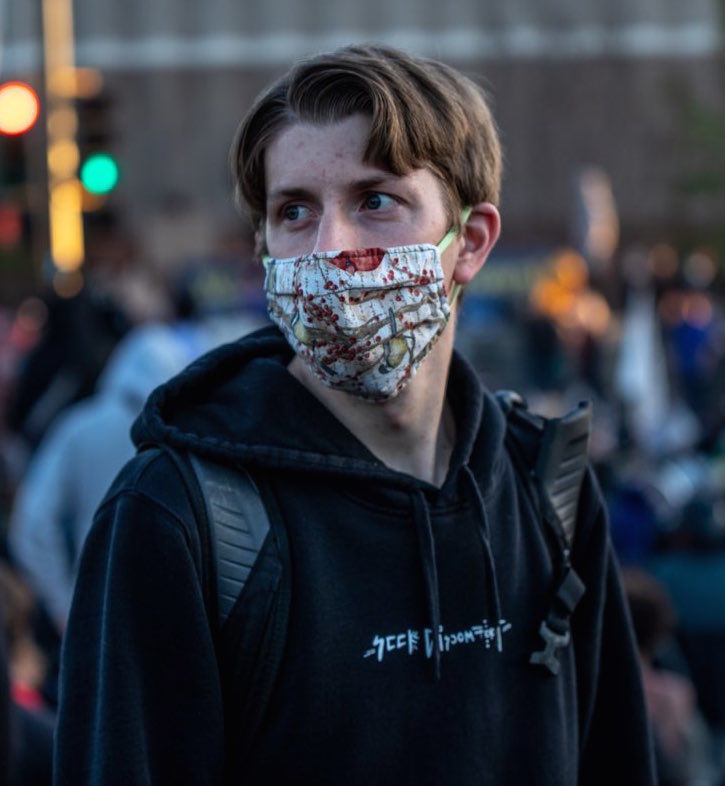 Tanner Schaaf, a 26-year-old photographer from Kingston, has been documenting the protests and riots in the Twin Cities with his camera. 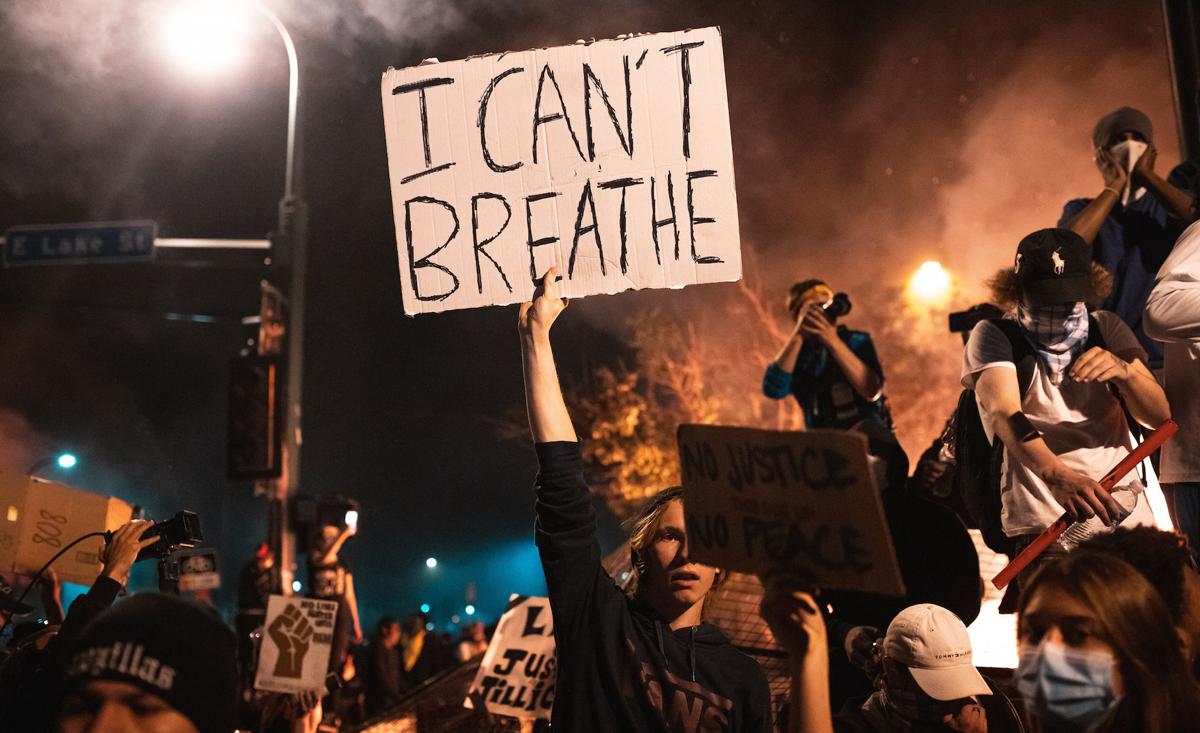 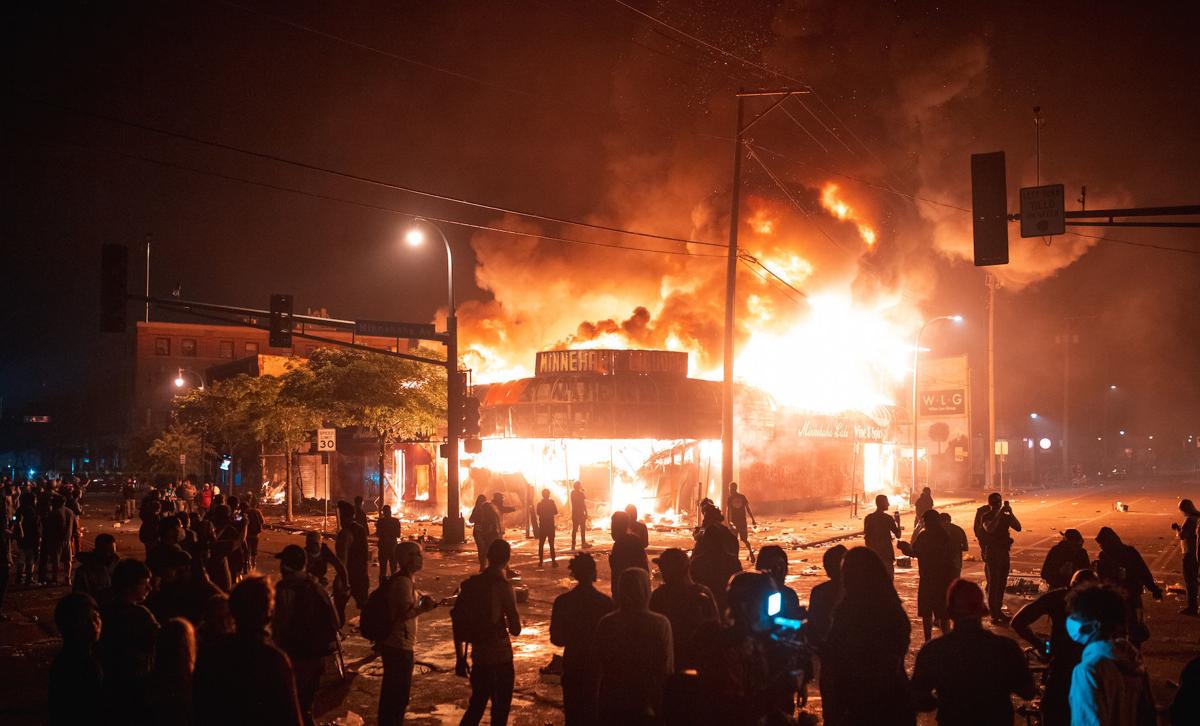 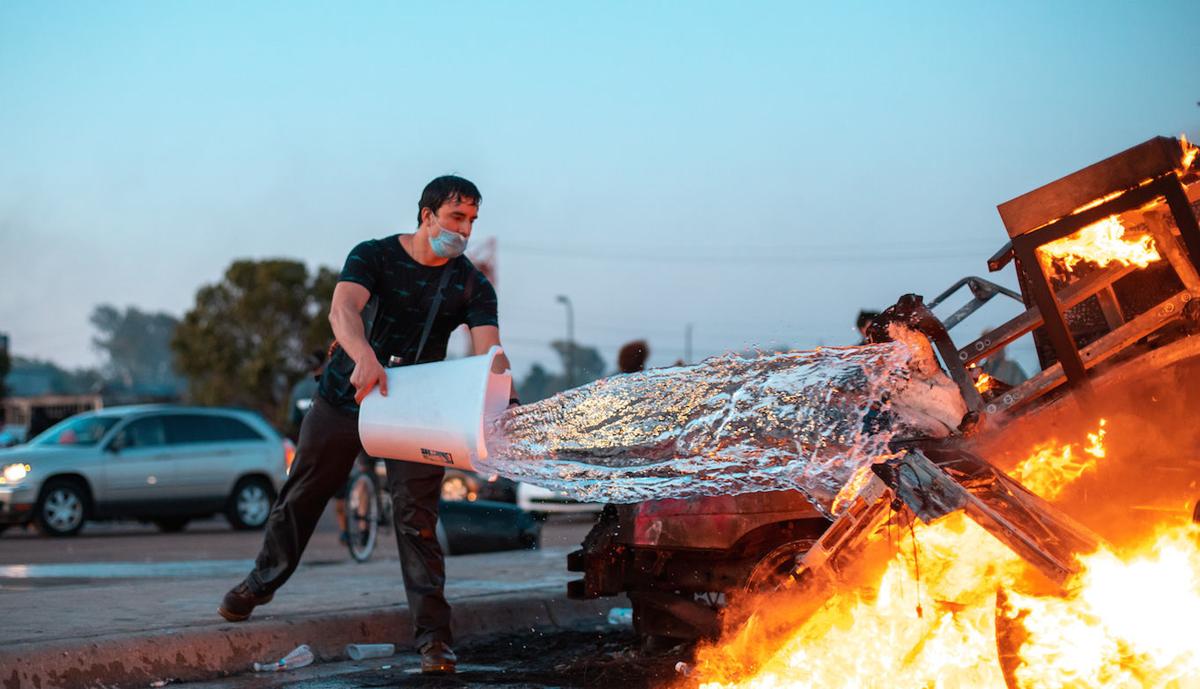 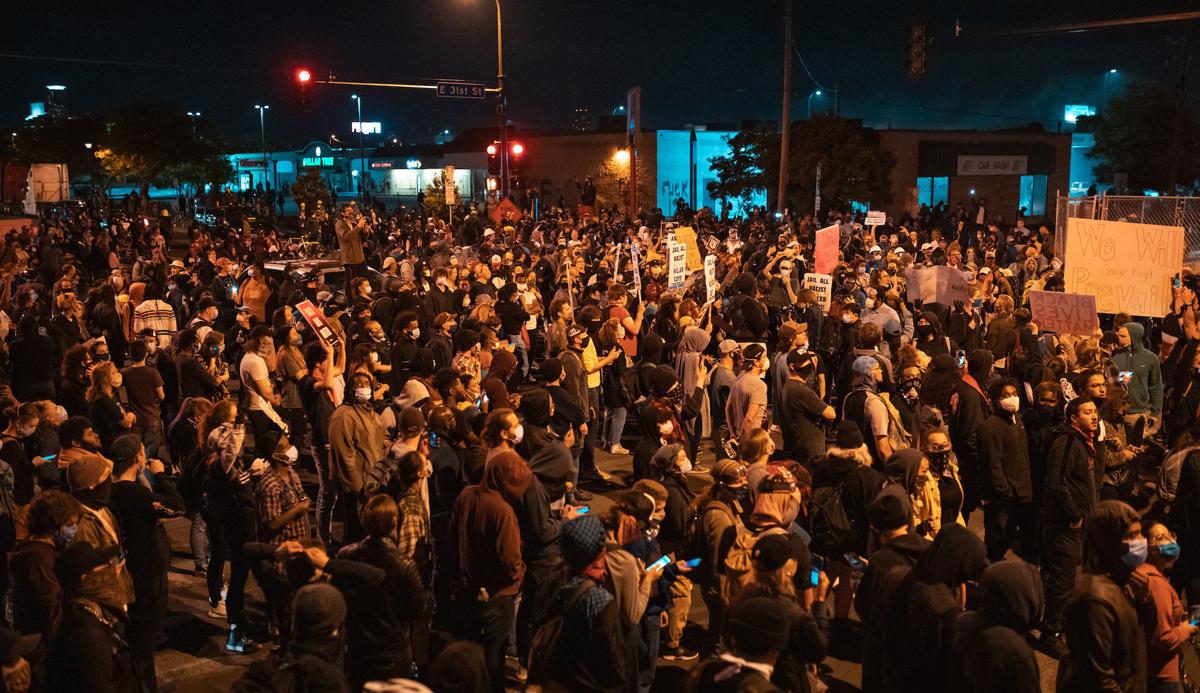 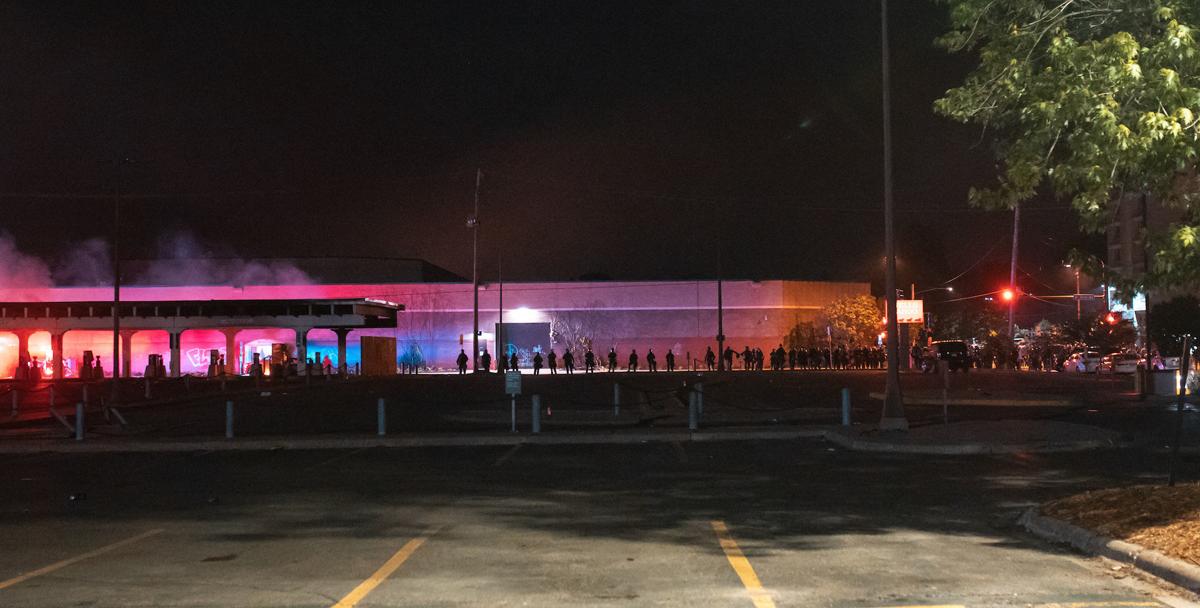 Rioters stand outside the Third Precinct police station in Minneapolis in May 2020 as it burned in this photo taken by Tanner Schaaf of Kingston.

Photography and telling people’s stories is a passion for Tanner Schaaf. The 26-year-old man from Kingston who was also a student at New Century Academy in Hutchinson for a year has been snapping pictures since he was 13. Today he works as a stringer for Live Storms Media, which provides weather footage for news outlets around the country, as well as coverage of other major events.

While Schaaf usually spends his time chasing storms, this past week he’s been capturing the protests and riots sparked by the death of George Floyd in Minneapolis through his camera lens and speaking to people on the streets. As it would be for most Minnesotans, Schaaf described the experience as surreal.

Schaaf visited the protests for three nights straight —Thursday through Saturday — and thought he might return Sunday night as well. Along with providing coverage for his job, Schaaf wanted to witness the protests for himself and hear what the people had to say. But when he arrived on Thursday, he quickly realized this was unlike any experience he’d ever known.

“I get out of the car the first night, I’m walking over and my heart’s just racing. I’m beginning to see evidence of everything,” Schaaf said. “There’s a burning car in the middle of the street, people are shouting stuff and having confrontations with the police. But after about 15 minutes, I became more comfortable. … I felt safe, and then I just went into picture mode, and that’s how it was for most of the night.”

From speaking to and observing protestors, Schaaf said it was clear that many just wanted their message to be heard, while others were there strictly for the carnage.

“I experienced a lot of hurt, a lot of pain,” he said. “And I also see that there are people who just don’t care and are there to burn stuff. They don’t care about the protest or anything.”

He said it was hard to determine if it was the protestors who were causing most of the damage, or others using the protest as cover to sow chaos. There has been speculation that outside groups are responsible for much of the destruction in the Twin Cities, an assertion with which Schaaf agrees.

“I almost 100 percent agree with that, just because I experienced it myself,” he said. “This isn’t coming from any source but my own experience, but the experience I’ve had is super weird and suspicious. How much of an outside source? I don’t really know to be honest.”

“The people who set the Arby’s on fire that I witnessed, it was just two white dudes,” Schaaf also said. “I’ve only been threatened twice during this whole thing, and they told me … they were going to smash my camera.”

While Schaaf witnessed his fair share of devastation and looting, he also said there were groups of peaceful protestors actively discouraging violence. He described a feeling of camaraderie amongst the protestors. He thought 80 percent to 90 percent of the protestors didn’t want to see buildings burned and neighborhoods demolished. But while they said they didn’t want violence, many also felt it would be worth it if it helps their message be heard.

“When I asked people, ‘What do you think about the burning buildings?’ the same people who told me, ‘Hey, I don’t condone the burning,’ at the same time they’re also like, ‘But if this is the way for our message to be heard, then let it be,’” Schaaf said.

So what is the message protestors want heard? While some blamed all law enforcement and others said the problem is only with a few law enforcement, Schaaf said they agreed that something is wrong about the treatment of black people by the police, and changes must be made.

Whether a week of protests, riots, arson and looting will lead to change remains to be seen.

“I asked one guy, ‘What do you think about this?’ and all he said was, ‘I hope it works,’” Schaaf said. “Even though he doesn’t agree with the methods that are being used, he was just like, ‘Well, I hope it works.’ And that phrase really stuck with me.”