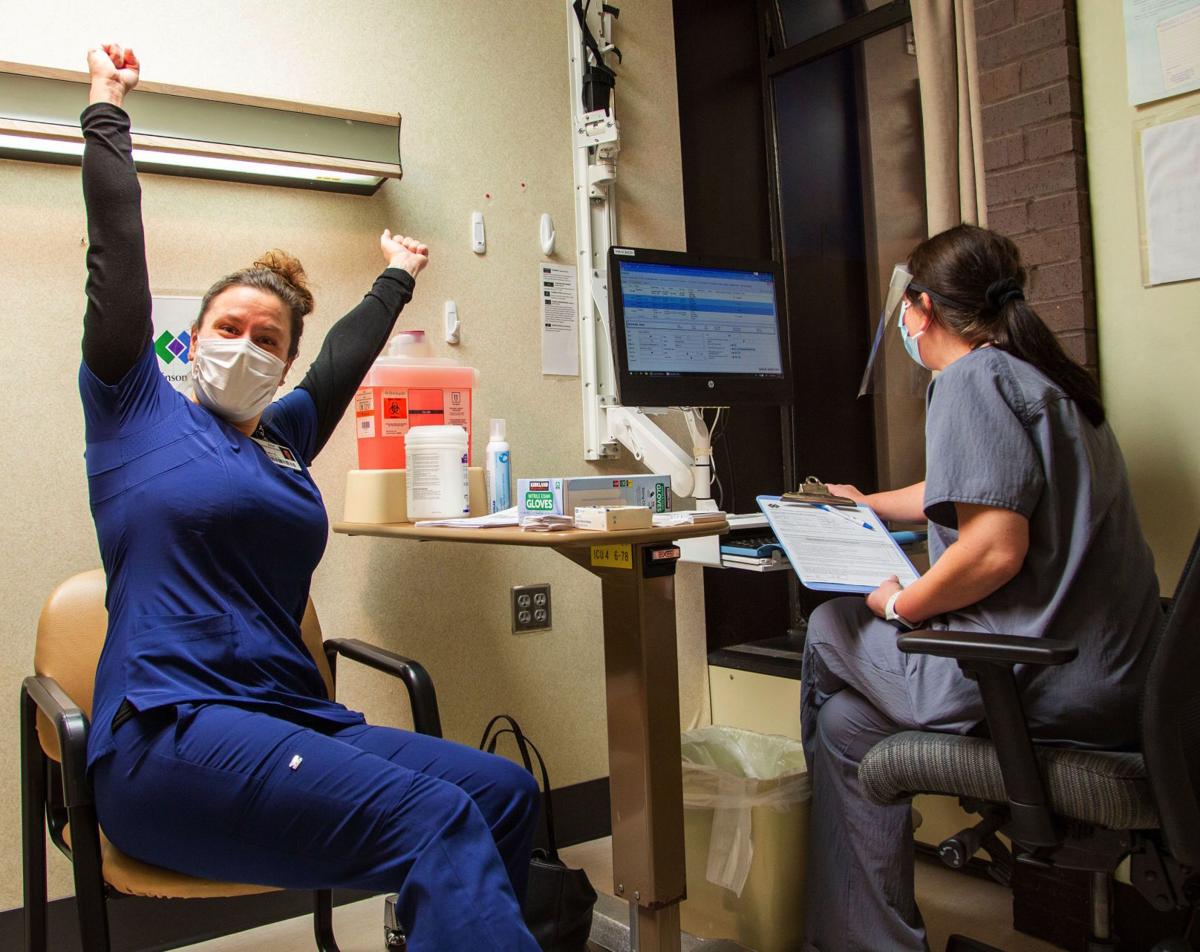 Nurse Amy Schmidt raised her arms in excitement as she was the first person at Hutchinson Health to receive the COVID-19 vaccine back in December. Since then, distributors have administered thousands of local vaccines, but the process of mass distribution has been delayed by a shortage in supply. 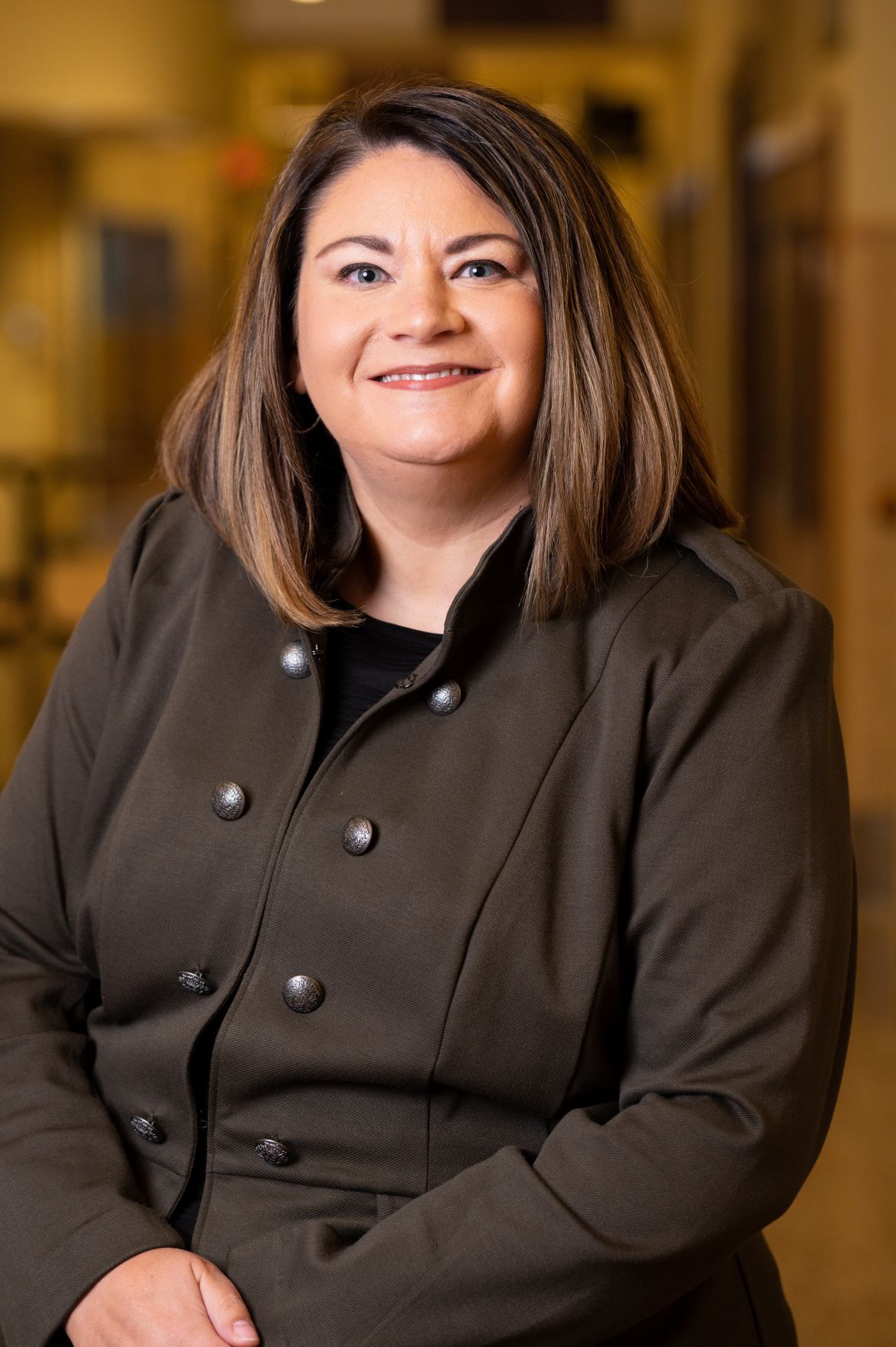 Roughly 13% of McLeod County residents had received at least one of two doses of the COVID-19 vaccination as of this past week.

"That is more than the people who have tested positive for COVID-19," McLeod County Health and Human Services Director Berit Spors told county commissioners. "We are starting to get on the right side of things here."

In 13 invite-only vaccination clinics, the county has focused on vaccinating health care workers, and moved on to vaccinating educators and child care providers. One of those clinics was Saturday, Feb. 13, to accommodate teaching schedules. Another on Thursday, Feb. 18, administered 91 second doses.

County workers had hoped to administer more vaccines last week, but did not receive a new shipment for the week due to poor weather. The delay further compounds the frustrations of trying to administer vaccines and schedule clinics locally. Confirmation of supplies to the county often comes at the last minute.

As of Thursday, McLeod County had distributed more than 1,400 doses of vaccine. In addition, local hospitals have distributed at least 4,490 doses. At least 1,591 people have received both doses, following Thursday's clinic.

Since the start of the pandemic, McLeod County has had 3,359 confirmed cases, according to state data available Monday morning. Roughly two weeks prior there had been a total of 3,311, indicating the increase in cases has slowed since its spike late last year. Local deaths have reached 49.

A few weeks ago, health officials had hoped to see a more significant focus on vaccinations for residents age 65 or older, a population considered to be the most vulnerable. State data shows that as of Monday, at least one dose of the vaccine had been distributed to 39.8% of residents age 65 or older in McLeod County. Many counties are ahead on that figure, including nearby Meeker County (43.5%), neighboring Renville County (47.6%), Pope County to the west (45.8%), Murray County to the southwest (45.8%) and metropolitan Hennepin County (45.1%). Statewide, the figure is 41.7%.

Spors said she is aware of the disparity.

"We're really at the mercy of the federal government, to be honest, and what comes to the state," she said. "They have an equation for allocation. We just need more vaccine."

Other counties, she said, are receiving more doses and are able to vaccinate more people. Population plays a factor in supply sent to counties, but a portion of vaccines are redirected to regional vaccination centers as well, and counties near those centers are seeing higher rates. The nearest center, Spors said, is in St. Cloud, which is in Stearns County. There, 51% of residents age 65 or older had received a vaccination as of Monday morning.

The county announced Tuesday that it will begin offering the COVID-19 vaccine for people age 65 or older starting next week. A press release said the online registration link will be posted at tinyurl.com/3yxcp44f at 9 a.m. Monday, March 1, and the clinic will happen 10 a.m. Tuesday, March 2, at the McLeod County Government Center at 520 Chandler Ave. N., Glencoe.

If you don't have internet access, you can call 320-864-3185 for more information. Walk-in appointments will not be accepted. Residents who receive a dose of the vaccine will receive the second dose 28 days later. A second appointment will be scheduled during the first appointment.

Once an appointment is made, residents may use Trailblazer Transit to receive a free ride. Caretakers and children may also ride along at no cost. Residents should call Trailblazer at 888-743-3828 to schedule the ride after a vaccination appointment is scheduled. Rides are limited to bus availability, but the schedule may be expanded if needed. Masks and social distancing are required on buses.

Future vaccination clinics will typically be Tuesdays and Thursdays, but there may be some variation depending on how many doses are available to the county. Watch the county's website at tinyurl.com/3yxcp44f for more information.

Last week, Minnesota launched its vaccine connector to try and clarify when and where vaccines are available. Find it at mn.gov/covid19/vaccine/connector/.