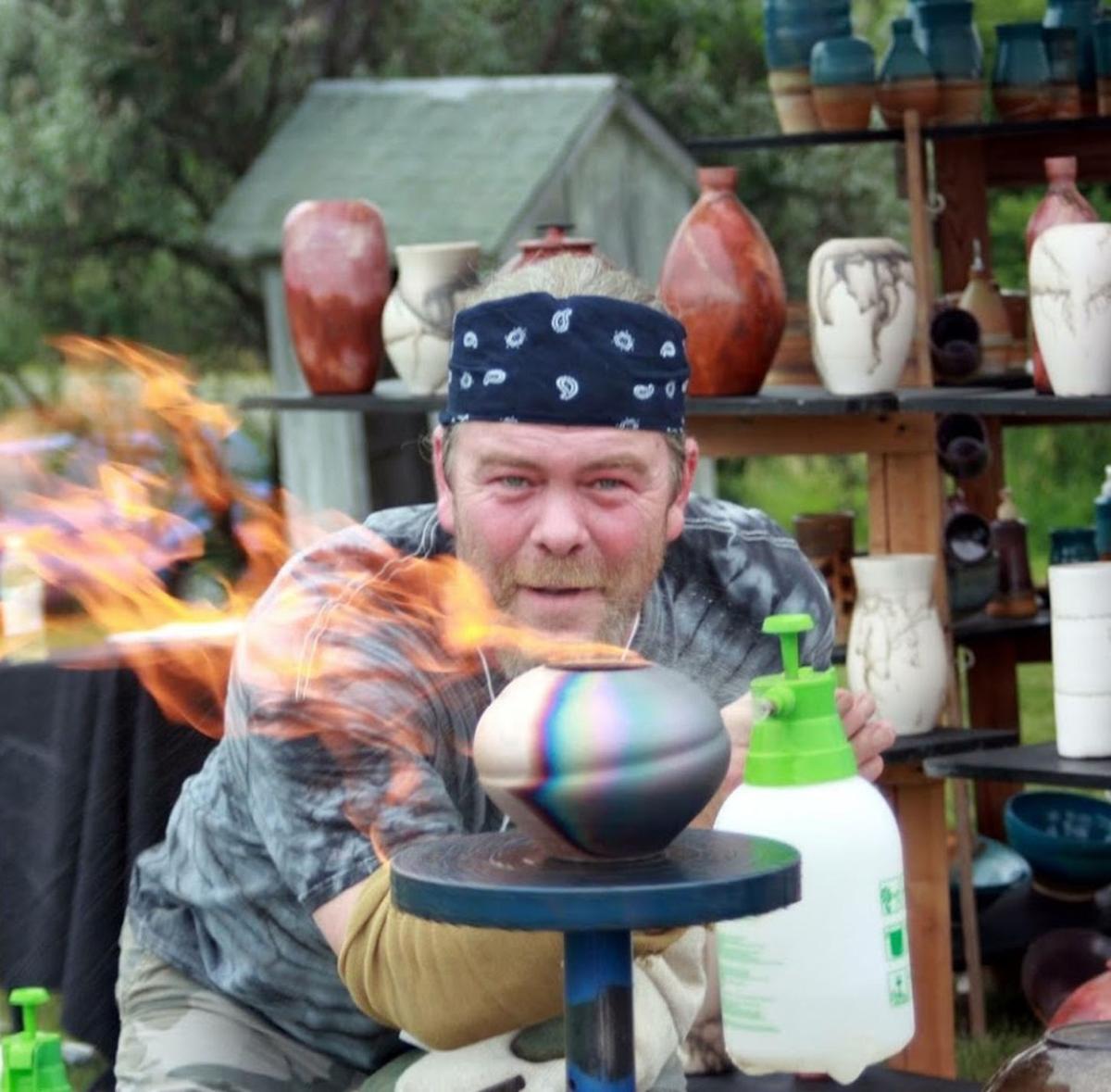 After a year away, the Minnesota Pottery Festival returns this weekend with a new location in Hutchinson. The dramatic raku demonstration with its blast of flames is always a crowd pleaser. See it at 11:45 a.m. and 3 p.m. Saturday, and at 12:30 p.m. Sunday. 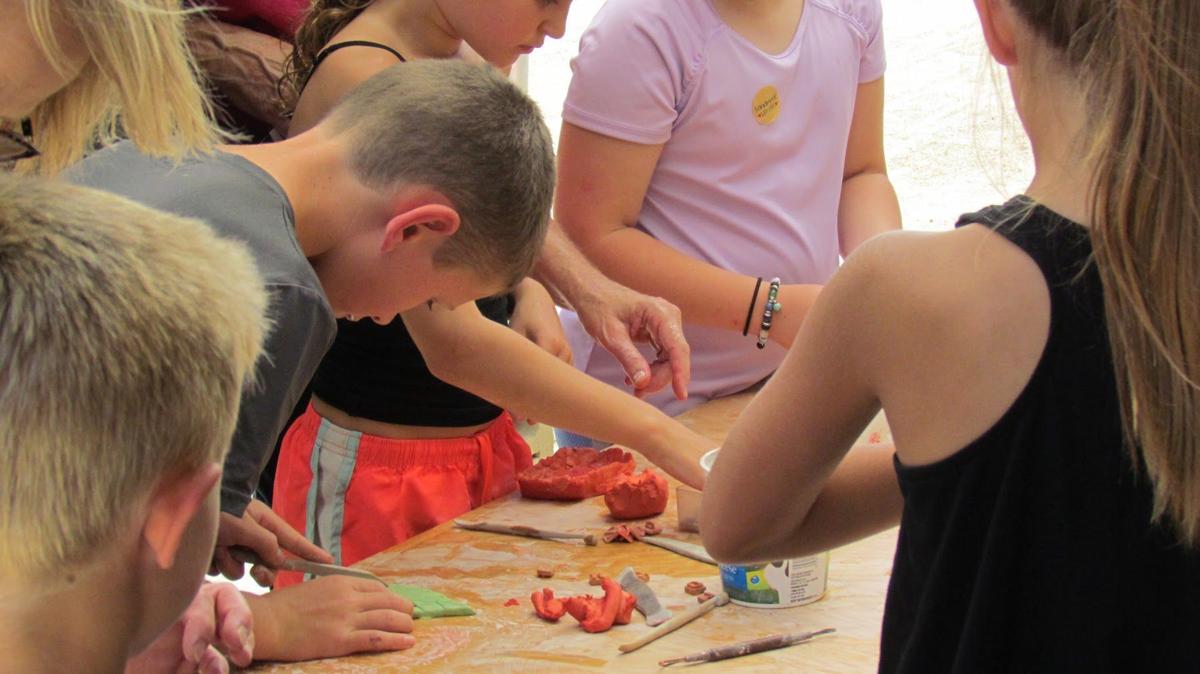 Children are welcome at the Minnesota Pottery Festival. They can get their hands dirty creating projects with air-dried clay that doesn’t have to be fired. 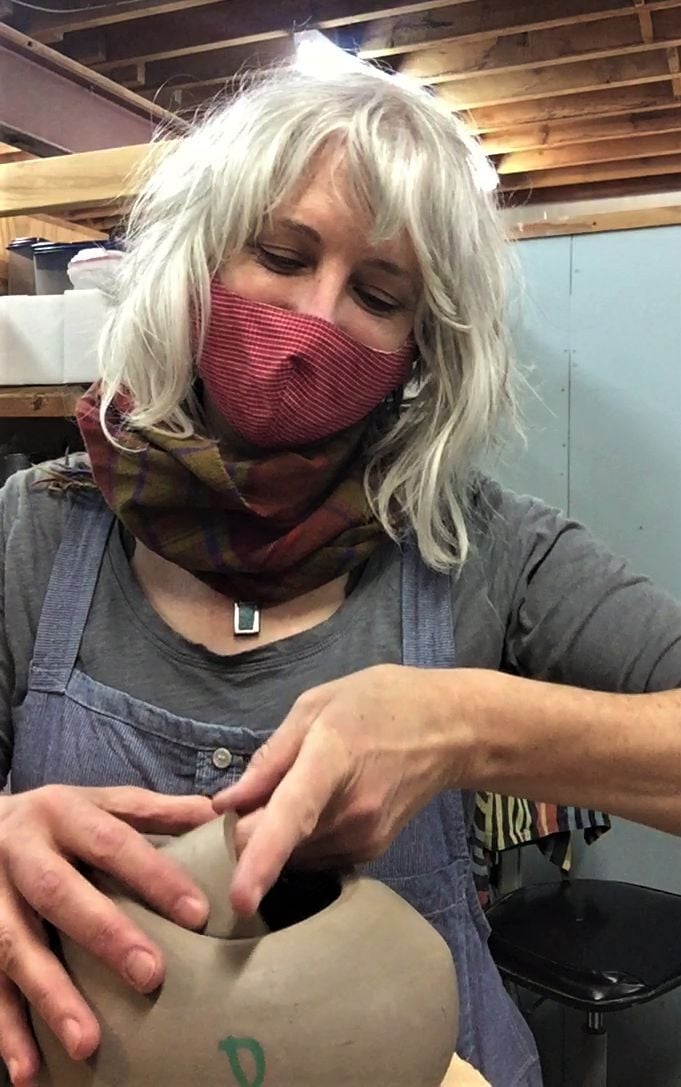 Clarice Allgood of Minneapolis is this year’s Emerging Artist honoree. “I feel very honored professionally for the vote of confidence the selection presents,” she said. “As a recent transplant to Minnesota, having adopted the region as a permanent home, it also feels a little as if I’ve been adopted in return.” 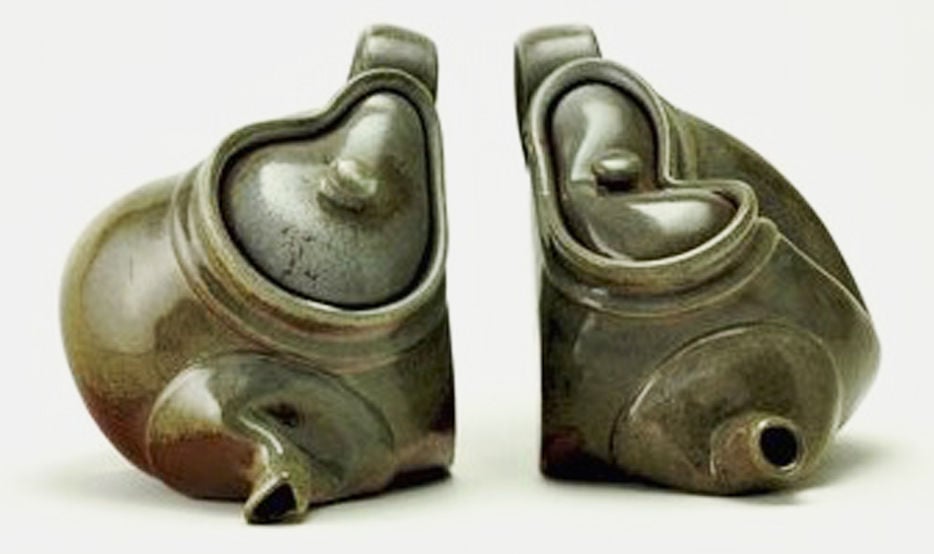 Emerging Artist Clarice Allgood's work stood out to the Minnesota Pottery Festival board because of the way the pots spoke to them, such as these teapot bookends. 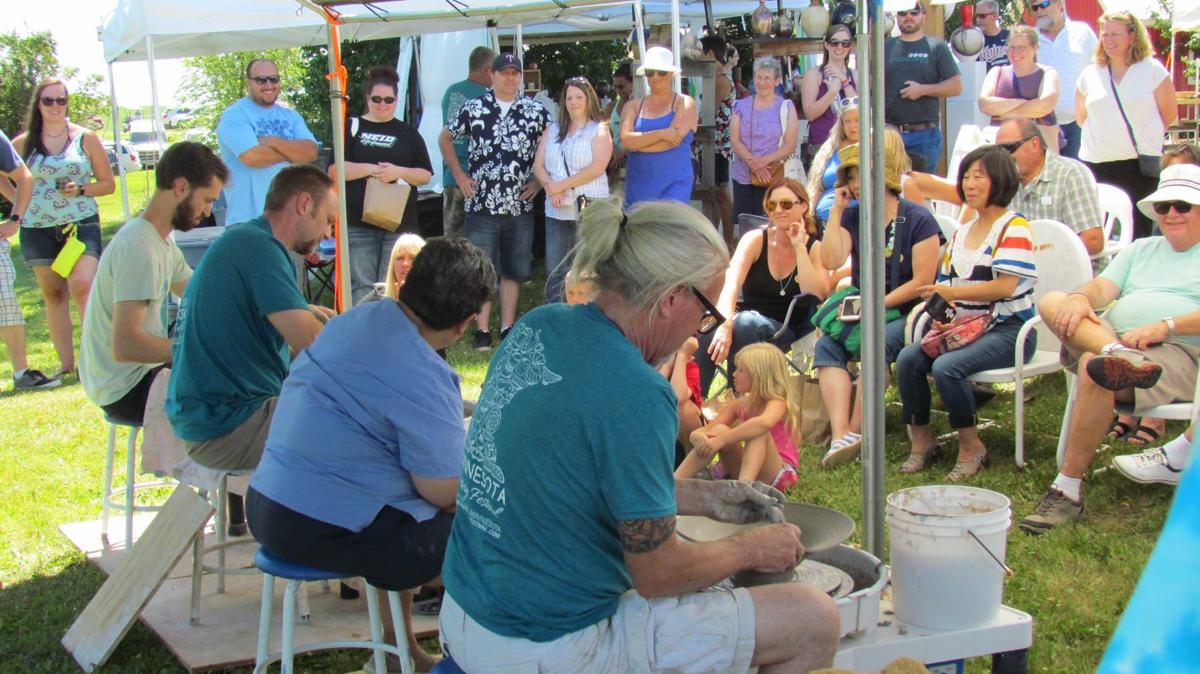 The Pottery Olympics is art under pressure as potter competes against potter in a timed throwing event.

Sometimes a year off isn't a bad thing. In the case of the Minnesota Pottery Festival this Saturday and Sunday, there's plenty of new fun-under-the-sun things to talk about.

The biggest news is the location. The festival is moving to Masonic/West River Park in Hutchinson. The new site along the scenic Crow River is home to RiverSong Music Festival as well as many other public and private events. It offers plenty of parking as well as space to expand.

“How wonderful it will be at the new location,” said Morgan Baum, Minnesota Pottery Festival board member. “The move into town is something we always wanted to do. We've wanted to grow the audience and grow the number of potters over time. We're thrilled.”

This year's festival is drawing 35 potters from 10 states, including 10 first-time attendees. Other highlights include special events such as technique demonstrations and the popular Pottery Olympics.

"One of the new components we added in 2019 was demonstrations outside of the Pottery Olympics," Baum said. "We had three in 2019, I expect we'll have three this year. One is a carving demonstration by Beth Elliott. Ryan Balll is doing a clay animation demo. He'll take clay during different parts of the process and add them to a rotating banding wheel, so they tell a story as they come together. It's really interesting to see the different techniques up close. Carving, throwing and raku demos really enhances our mission to educate the public about pottery and ceramics."

While the Olympics is a friendly competition with everyone working toward winning prizes, the hour-long demos allow the public to get to know the artists and see what goes into creating their pieces.

Along with pottery demonstrations, festivalgoers can also enjoy food trucks, a root beer float fundraiser sponsored by River of Hope, and adult beverages from local businesses.

From its beginning, the festival has offered free admission and free parking. According to Baum, they are able to do this thanks to the support of agencies such as the Southwest Minnesota Arts Council and the Hutchinson Area Chamber of Commerce, as well as corporate sponsors, donors and 65 hard-working volunteers.

One question Baum said she hears frequently, "Is the festival family-friendly?" She's quick to say "yes."

"More kids the better," she added.

Another plus for the new location at Masonic/West River Park is that it offers more room for kids activities, including the playground and campgrounds space. There's also plenty of room for the Kids Tent, which is open during festival hours and offers a hands-on activity. Children can get their hands dirty using air-dry clay and take their creations home with them.

The mission of the Minnesota Pottery Festival is all about educating and engaging the public about pottery and ceramic arts. As part of this effort, an emerging artist is recognized each year at the festival.

This year's honoree is Clarice Allgood. This isn't her first recognition. She was selected as the 2020 Fogelberg Studio Fellow, an emerging artist opportunity to be in residence for one year at Northern Clay Center in Minneapolis.

According to Baum, there were seven Emerging Artist applicants this year.

"Clarice stood out to the board because of the way her pots spoke to us," she said. "The round, soft shapes are very inviting. They make you want to pick them up and look closer. And then you realize they are designed to be used in quiet moments like knitting, reading, gardening or sipping a cup of tea with a friend."

Allgood has been making pots for a decade now. She has always worked with her hands, but her academic foundation is philosophy, with her mature work focused on environmental aesthetics.

"Before working with clay, philosophy and a practice of visual art worked hand in hand, always with an eye towards the sociopolitical," she said. "Then one day I found I didn’t have anything left to say. I just wanted to make something that worked, something that functioned in the everyday — like a mug. I joined an open studio in Atlanta and became entirely absorbed. However, the past few years, on observing which objects I lean towards making, such as yarn bowls, watering pots, bookends, kitchen friends, over other forms, it’s become self-revelatory that I still have something to say."

It's not surprising Allgood loves clay. It's given her a voice as well as a way as a way to express a functional aesthetic.

"It feels right and good," she said. "The whole process of bringing an object into existence, literally from dust, is both pretty miraculous and humbling. Given the amount of resources, of your time, effort and thought, of how long this object of permanence and the long line of potters you stand with from past to present, it’s the most rewarding and challenging medium I’ve worked in. Ceramics, what I choose to make especially, reflects a long life of making and making do."

One area that excites Allgood is recycling traditional forms such as taking a teapot and turning it into a bookend. She credits clay's plasticity and its unique qualities that make transforming such an iconic, enduring cultural object possible.

"The gap between concept and execution may narrow with experience, but it’s in that ever present gap wherein lies the joys of acceptance and uncertainty," she said.