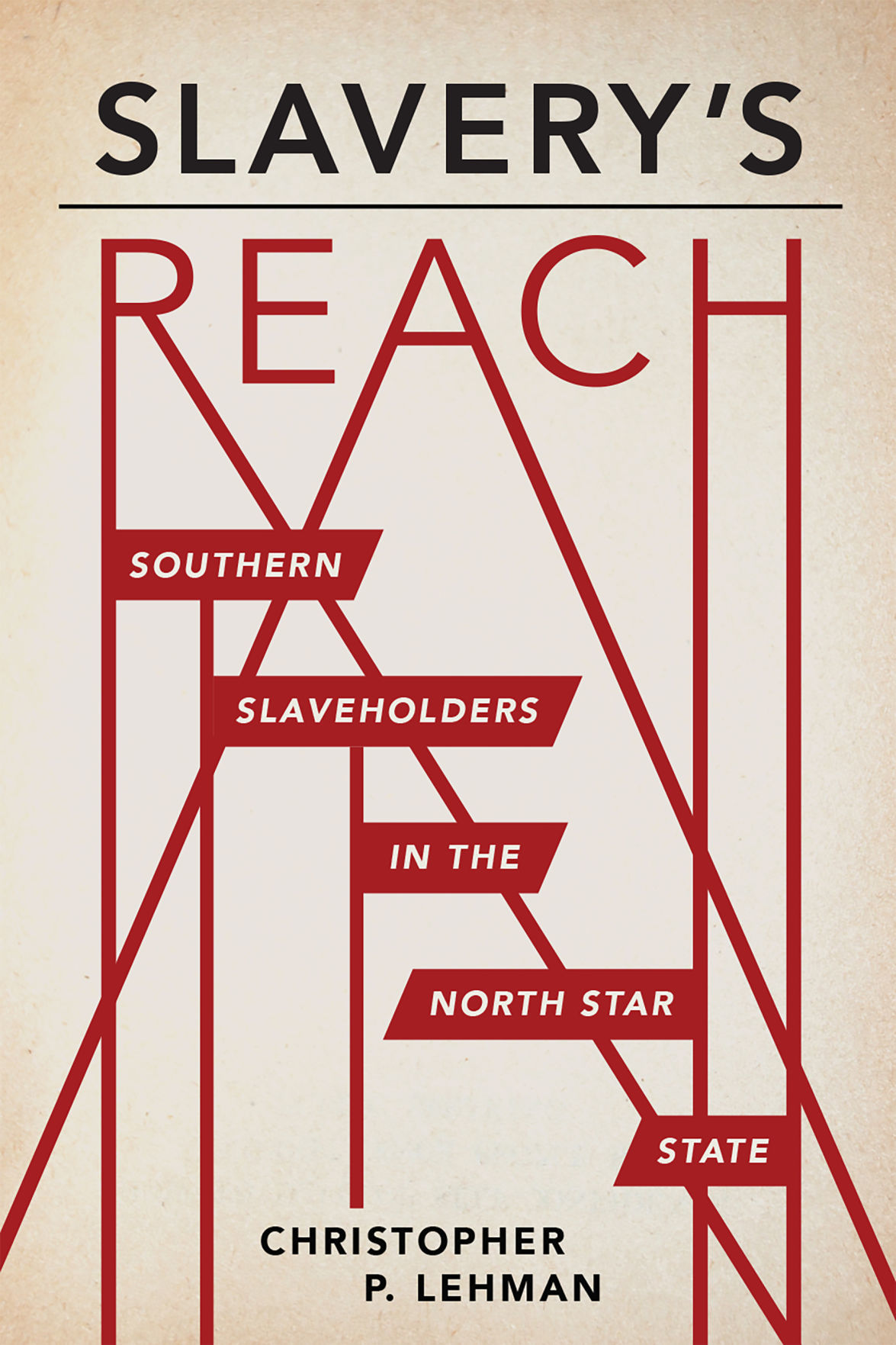 “Slavery’s Reach” is one of four finalists in the Minnesota Nonfiction category at the 32nd annual Minnesota Book Awards on April 28. The other finalists are: “Closing Time: Saloons, Taverns, Dives, and Watering Holes of the Twin Cities” by Bill Lindeke and Andy Sturdevant; “Tulips, Chocolate & Silk: Celebrating 65 Years of the James Ford Bell Library” by Marguerite Ragnow and Natasha D’Schommer; and “Walking the Old Road: A People’s History of Chippewa City and the Grand Marais Anishinaabe” by Staci Lola Drouillard. 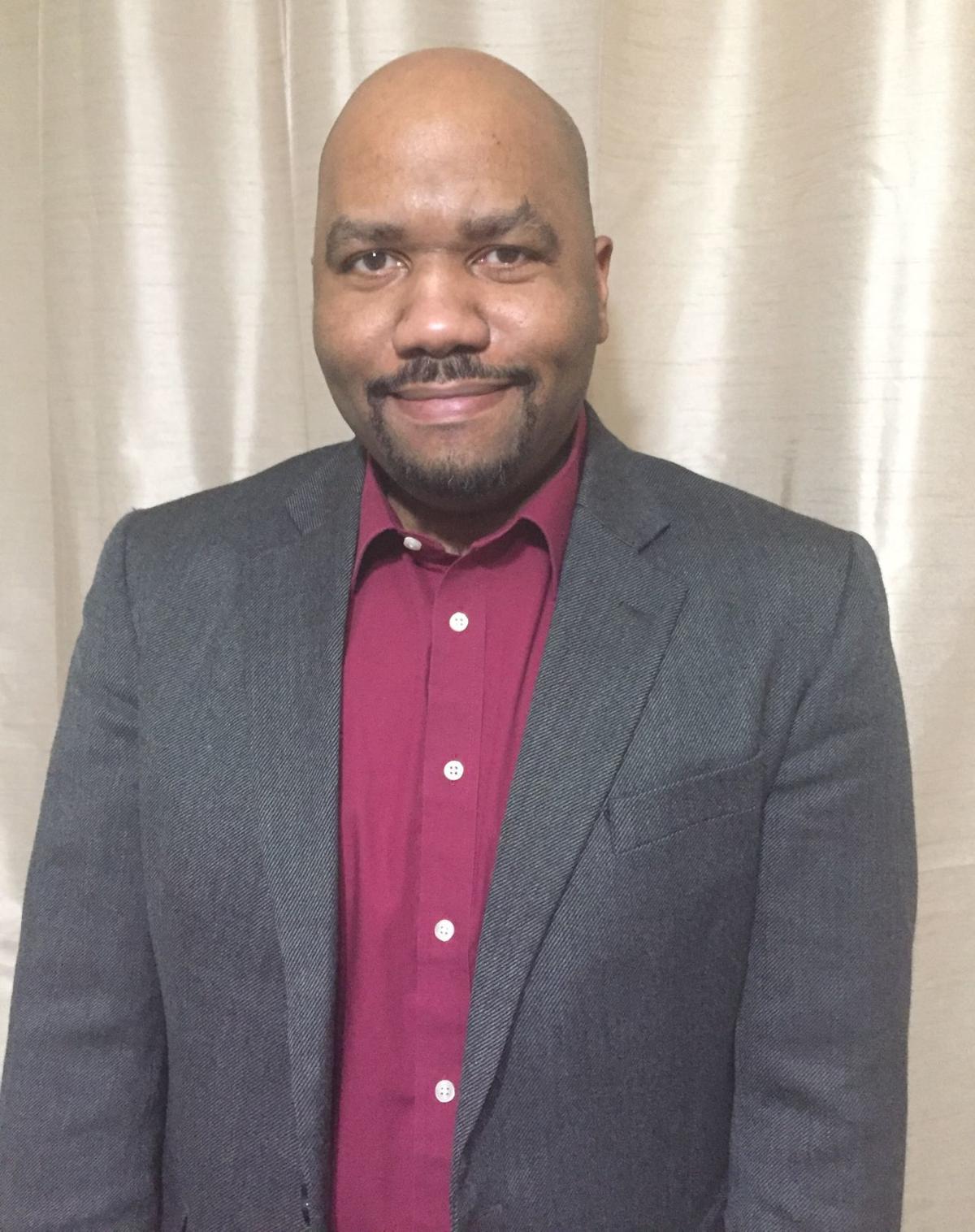 “Slavery’s Reach” is one of four finalists in the Minnesota Nonfiction category at the 32nd annual Minnesota Book Awards on April 28. The other finalists are: “Closing Time: Saloons, Taverns, Dives, and Watering Holes of the Twin Cities” by Bill Lindeke and Andy Sturdevant; “Tulips, Chocolate & Silk: Celebrating 65 Years of the James Ford Bell Library” by Marguerite Ragnow and Natasha D’Schommer; and “Walking the Old Road: A People’s History of Chippewa City and the Grand Marais Anishinaabe” by Staci Lola Drouillard.

If the names Henry Hastings Sibley, Henry Rice and Alexander Ramsey ring a bell, it's because they were important men in Minnesota's history.

Their contributions are many. Sibley was the territory's first representative in Congress, the state's first governor and he led a volunteer army against Little Crow during the U.S.-Dakota War of 1862.

Rice helped facilitate Minnesota statehood. He served in the United States Senate and on the board of regents of the University of Minnesota. He was also president of the Minnesota Historical Society.

Ramsey was the first Minnesota and Wisconsin Territorial governor. He served in the U.S. House of Representatives and the Senate. He was mayor of St. Paul. He is noted as the first Union governor to pledge troops to President Abraham Lincoln during the American Civil War. He also served as Secretary of War under President Rutherford B. Hayes.

Among their other accomplishments, which aren't as well known or noted in history books, is their relationships and business dealings with Southern slaveholders. As employees of the American Fur Company, Sibley and Rice worked for the slaveholding partners of Chouteau & Company. Ramsey invested with Louisiana-based slaveholder Thomas Winston in the St. Paul Mutual Insurance Company.

It's this story Christopher Lehman tells in his book, "Slavery's Reach: Southern Slaveholders in the North Star State."

In recognition of Black History Month, Ridgewater College in Willmar is hosting a presentation by the author at 3 p.m. Thursday, Feb. 20, during which he'll share his insights from his book. The event will also be live-streamed to room 460 on the Hutchinson campus.

Lehman, who is a professor of ethnic studies at St. Cloud State University, has written several books, including “Power, Politics, and the Decline of the Civil Rights Movement” and “Slavery in the Upper Mississippi Valley, 1787-1865: A History of Human Bondage in Illinois, Iowa, Minnesota, and Wisconsin.”

Before Lehman wrote "Slavery's Reach," he started with an article about slave investors in the Minnesota Territory for Minnesota History Magazine. He was encouraged by the editor to try and make a book out of it.

"I think it turned out pretty well," he said.

So well it's a finalist for this year's Minnesota Book Awards in the category of "Minnesota Nonfiction."

Lehman said he was surprised when he heard the news.

"I was hopeful," he said. "It was pretty good competition among all the books submitted — 15-16 submissions — with four finalists. I have a 1-in-4 chance."

Local history has been an interest of Lehman's since he moved to Minnesota 18 years ago.

"Originally I had been trying to find instances of African Americans living in Minnesota during the territorial years and figure out if they were slaves," he said in a telephone interview. "I thought census records were the best documents. It dawned on me five years ago, real estate deeds would be good documents to see if I could find instances of people from the South coming to Minnesota to invest in land and businesses."

"The thing about Minnesota history," he said, "it's been documented for years, the interactions with Southerners. Until the last decade or so historians hadn't gone into detail where the Southerners got their money to do their business with Minnesotans — the focus on slavery as the source of that money. Real estate deeds would be concrete proof of public transactions taking place. When you look at the real estate deeds before 1865 and see the names of Southerners buying land, the receipts don't lie."

One of the biggest surprises for Lehman was finding out about the University of Minnesota being the recipient of money from slavery.

"I didn't see it coming and wasn't necessarily trying to find it," he said. "I stumbled across it accidentally while doing research in Stearns County."

He came across a newspaper story about William Aiken Jr., who had loaned the University of Minnesota $15,000 to help get it up and running. The onetime South Carolina governor had a plantation of at least 700 slaves. That's how he had the money to loan. Eventually Aikin cashed out $7,000 during the Civil War. The University of Minnesota was permitted to keep the rest of the money because the state passed the 1862 Rebellion Act. It prohibited Confederates from attempting to collect debts in Minnesota state court. Aikin, a resident of South Carolina and the Confederacy, was out of luck. According to Lehman, the U of M still owes that money today.

Slave dollars not only helped finance the U of M, they also were invested in communities including Shakopee, Belle Plaine and St. Cloud.

"We actively sought their investment," Lehman said of wealthy Southern plantation owners. "We tried to make it into a slave state. Minnesotans were so worried Southerners would stop coming if they thought the state was too hostile to slaveholders."

According to the author, investment in Minnesota by wealthy Southerners started in the late 1840s with the fur trade and increased after 1854 because of the Kansas-Nebraska Act, which opened the possibility of Minnesota entering the union as a slave state. It peaked with the Dred Scott decision in March 1857, which among the U.S. Supreme Court rulings was that Congress lacked power to ban slavery in U.S. territories. Therefore from March 1857 to May 1858, slavery was legal in the Minnesota Territory. As a result, there was an influx of Southerners visiting Minnesota that summer.

After Minnesota became a state in 1858, Southern investment began to wane. When a Republican was elected governor in 1860, there was more of a decline. With the American Civil War, the decline was complete. The Southern market was cut off and its residents now focused on defending the Confederacy.

"There is a movement among academic circles to try and tell a more diverse story of Minnesota history, inspired by Bill Green's books such as 'Children of Lincoln,' talk about the impact African Americans had on Minnesota's early history," Lehman said.

It's not surprising genealogy is an interest of Lehman's. His personal roots are in slavery. He has slave ancestors from Louisiana on his father's side and from Georgia and South Carolina on his mother's side.

"When it comes to slave ancestors, I've been able to find people who were born in the 1790s," Lehman said. "Records are extremely hard to find. The census of 1870 is the first census to list first and last name. Prior to that, slaves were recorded anonymously. From there, you had to go back 10 years earlier to the slave schedule of 1860 and find someone with the same last name as an ancestor of 1870 and see if someone with that name is in the same location and see if among all the anonymous listed slaves there is someone who matches your ancestor by gender, color and age. If there is, chances are it's the one with the name."

Another way Lehman has found relatives is by starting with the name of the master who owned his ancestor. From there, you can go and find the master's family who died before 1865. They might have left a will. Their belongings would have been inventoried for probate court. Slaves were listed with things because they were considered property. The author found a third great-grandfather, who was listed among slaves after furniture, farm equipment, cattle and hogs.

So far, he's been able to find the majority of his slave ancestors. Now the challenge is to see if he can find who was born on the African continent and came to the United States.

"That's what's missing in my tree now," Lehman said. "I do enjoy the challenge. I enjoy learning in general, especially about topics that really interest me."

What: Dr. Christopher Lehman of St. Cloud State University is talking about his 2019 book, "Slavery's Reach: Southern Slaveholders in the North Star State"

Where: Lehman will present at Ridgewater College's Willmar campus Student Center, upper level cafeteria. In addition, the event will be live-streamed to room 460 on the Hutchinson campus.

Admission: Free and the public is invited to attend this event at either campus

For more information: Call Stacy Griffey at 320-222-5980 or email stacy.griffey@ridgewater.edu

"We actively sought their investment. We tried to make it into a slave state. Minnesotans were so worried Southerners would stop coming if they thought the state was too hostile to slaveholders."