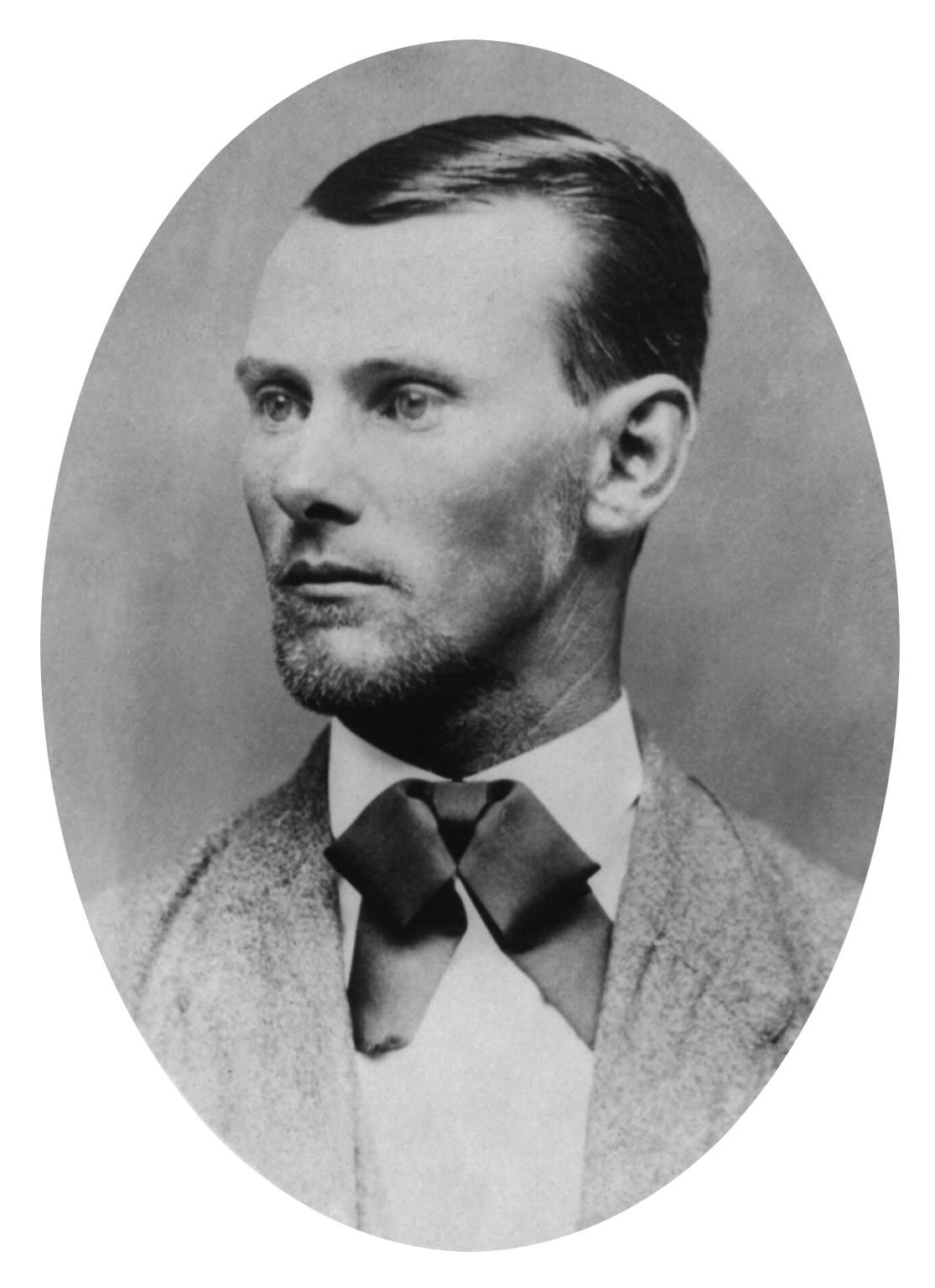 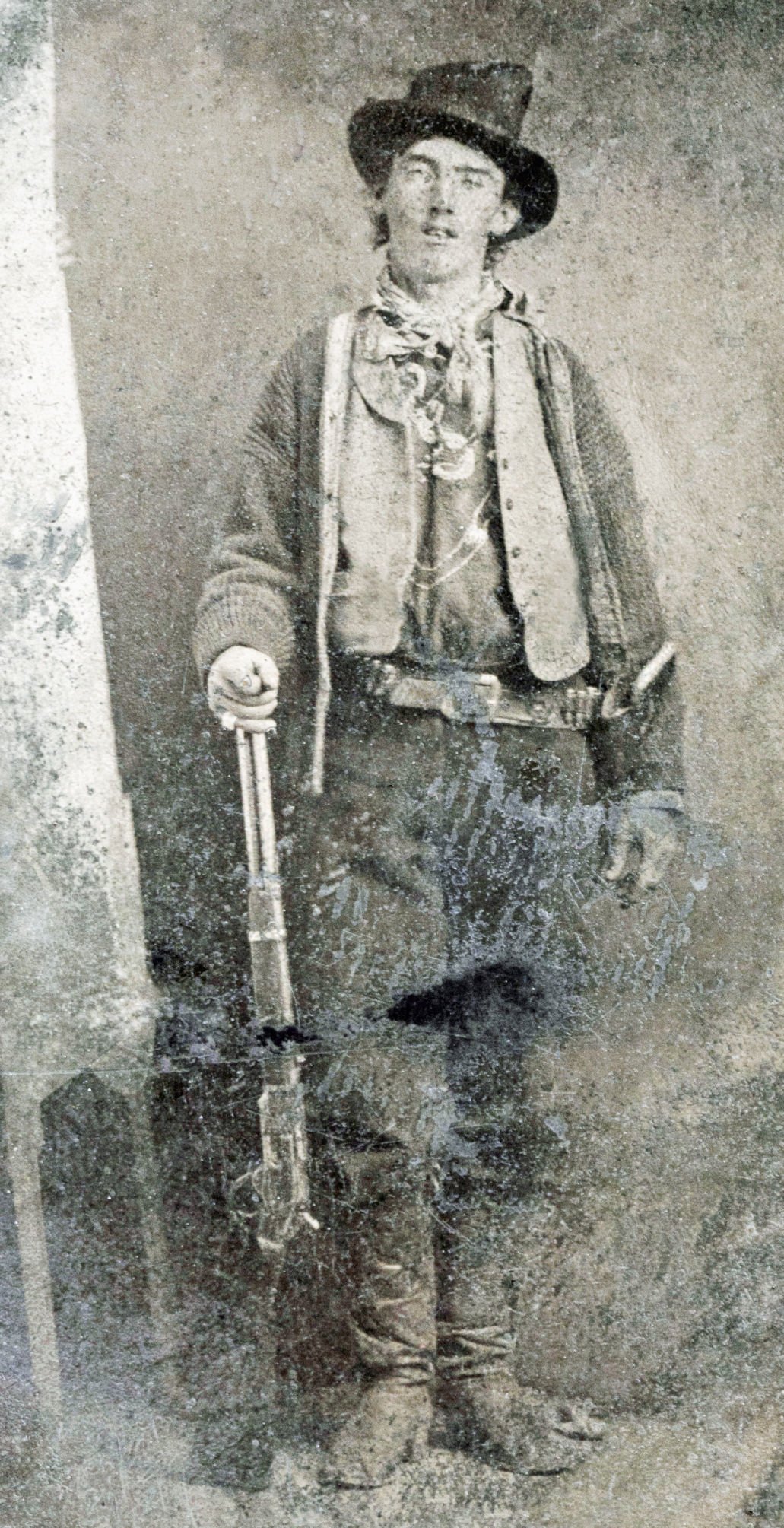 This is the only surviving authenticated portrait of Billy the Kid. This tintype portrait sold at auction in June 2011 to William Koch for $2.3 million.

This is the only surviving authenticated portrait of Billy the Kid. This tintype portrait sold at auction in June 2011 to William Koch for $2.3 million.

If you were to ask any historian what their favorite time period is, you’d likely get some “high fluting” answer about revolutions in France or eras of social/political upheavals. If you were to ask me, however, you’d get a much simpler answer.

My absolute favorite period in world history is without a doubt the Old West. The gunslingers, the outlaws, the rangers and, of course, the Native Americans make for the best stories to tell. I always say that this time period is to America what Camelot and King Arthur are to England. So this week (and since I just finished watching “The Outlaw Josey Wales”), I thought I’d divulge some of my favorite mysteries of that old home on the range.

Perhaps the most well-known outlaw of the Old West, Jesse James, walked a fine line between thief and Southern “freedom fighter.” Born in Missouri in 1847, James and his family were rooted deep into Southern culture. When the Civil War broke out in America in 1861, James and his brother, Frank, joined a group of Confederate guerillas known as Quantrill’s Raiders.

The war ended in 1865 with a Union victory and Confederate loss, yet the James brothers refused to surrender. They formed the James Gang and began robbing banks, stages and railroads owned or operated by ex-Union officers. The gang finally met their end during a failed bank heist in Northfield, Minnesota, where all members of the gang, except for the James brothers, were killed or captured.

By 1882, Jesse James had recruited a new gang, but it was a shell of what it once was. One of the new members was a man named Robert Ford. James trusted Ford, yet in James’ own house, Ford shot him in the back of the head.

The rumor was that Ford killed an imposter in an elaborate hoax that would’ve allowed James to live free under a new identity. Droves of people claimed to have seen James after the killing, and a number of people even claimed to be him.

These rumors were put to rest in 1995, however, when the remains of Jesse James were exhumed, his DNA tested and deemed to be that of Jesse James. It was a mystery finally put to rest, yet it wasn’t the only one surrounding the James Gang.

Through the years, the gang amassed hordes of gold and buried it for safekeeping in a number of places in Kansas and Nebraska. Survivors of the gang claimed to have not known where James hid the gold. According to a number of Old West historians, the gold is still hidden in the “hidey holes” where it was buried so many years ago. Today, its whereabouts are unknown.

Toward the end of the war when Union troops were within grasp of seizing Richmond, Confederate President Jefferson Davis fled the city with what was left of the Confederate treasury — millions of dollars in gold. When Davis was captured, however, he had next to nothing in his possession.

In addition, when Union troops closed in on New Orleans, Confederates quickly removed millions of dollars of gold to a “safer location.” The gold was temporarily stored at the Iron Bank in Columbus, Georgia, but was again removed. Confederate Gen. P.T. Beauregard was ordered to remove the gold, yet went to his grave with the location of the gold.

Some claim that the money was buried out west, hidden away until the Confederacy was able to rise again. Though some claim it as a myth, the legend of Confederate gold is one that has consumed hundreds of treasure hunters throughout history.

Of all the mysteries of the Old West, the one that has captivated me the most is the tale of Brushy Bill Roberts.

In 1949, a lawyer named William Morrison met an old gunslinger named Jesse Evans. Evans told Morrison of his days fighting in the Lincoln County War, as well as stories about the war’s most notable figure, Billy the Kid. Evans also claimed Billy the Kid, who was shot and killed by Pat Garrett, was not dead and was living under the alias of Brushy Bill Roberts.

Morrison met with Roberts and confronted him. Though Roberts initially denied the claim, he later confessed that he was Billy the Kid. He asked Morrison to help grant him a pardon for his crimes. Morrison agreed and the two went before a judge.

The mystery was to be put to rest in 2003 with a DNA sampling similar to that of Jesse James, but the exhumation of the body buried as Billy the Kid, and that of Billy the Kid’s mother, was blocked. As with so many things in history, the story of Billy the Kid’s death remains a mystery.

— Brian Haines is executive director of the McLeod County Historical Society and Museum, 380 School Road N.W., Hutchinson. Do you have a historical anecdote to share? Haines can be reached at 320-587-2109 or by email at director@mcleodhistory.org.