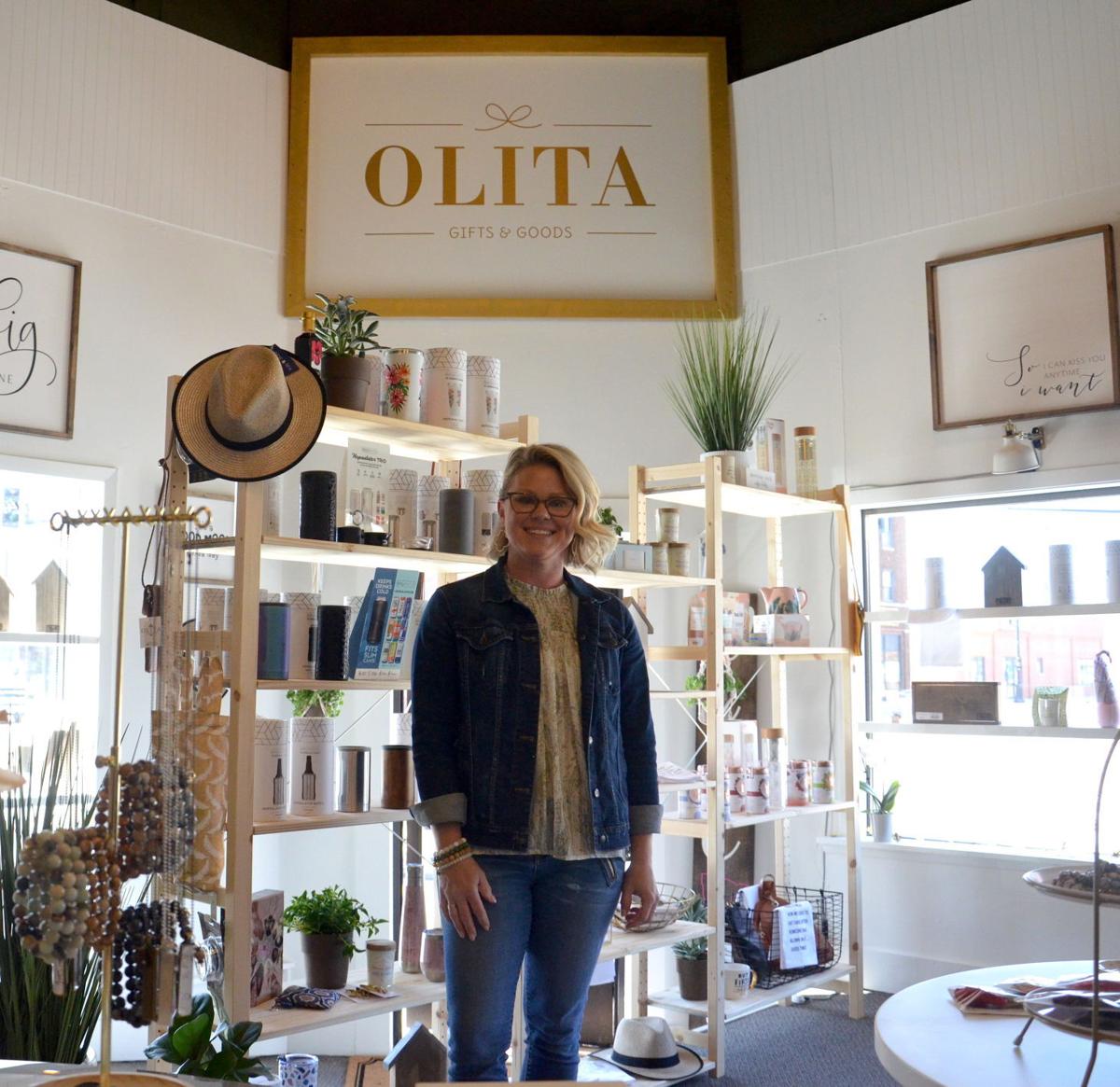 Jill Renee stands in Olita Gifts and Goods, her new boutique in downtown Hutchinson. She recently moved to town from St. Peter, where she and her daughter manage two other storefronts. 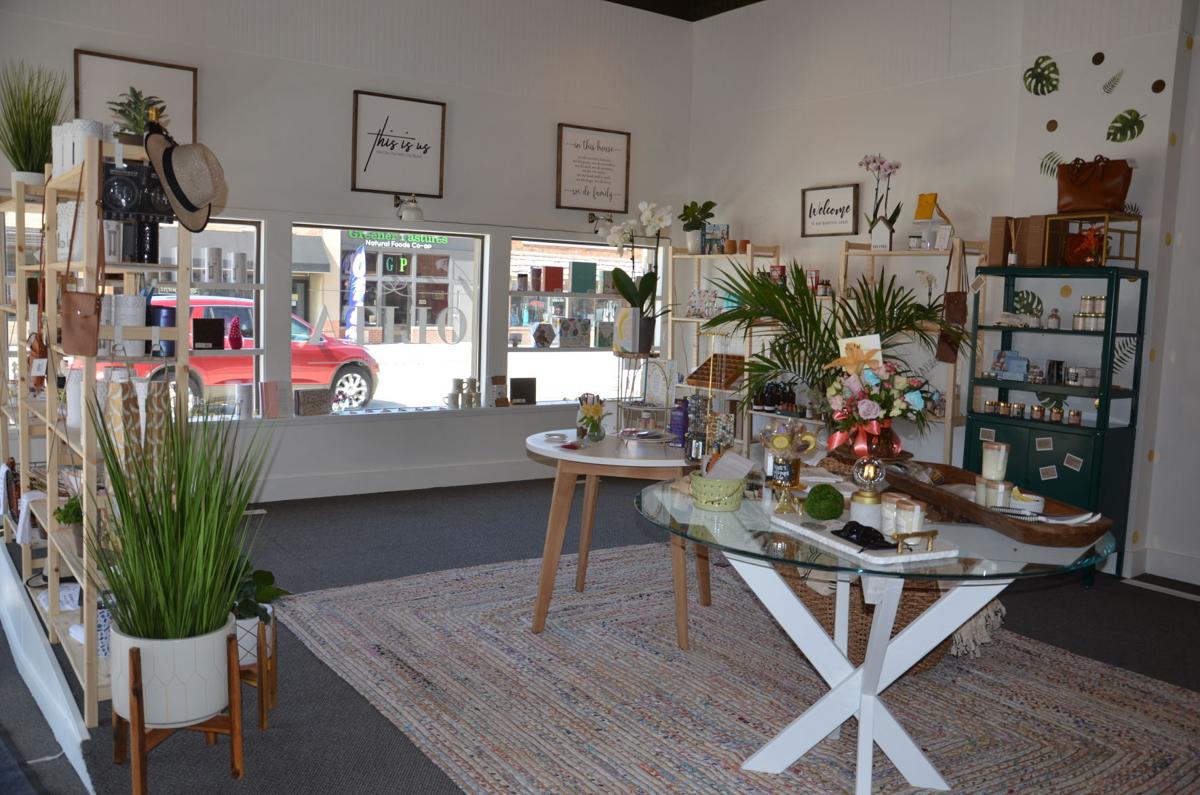 While Italian leather goods are Olita’s specialty, there’s much more to find at the new store on the corner of Washington Avenue and Main Street. 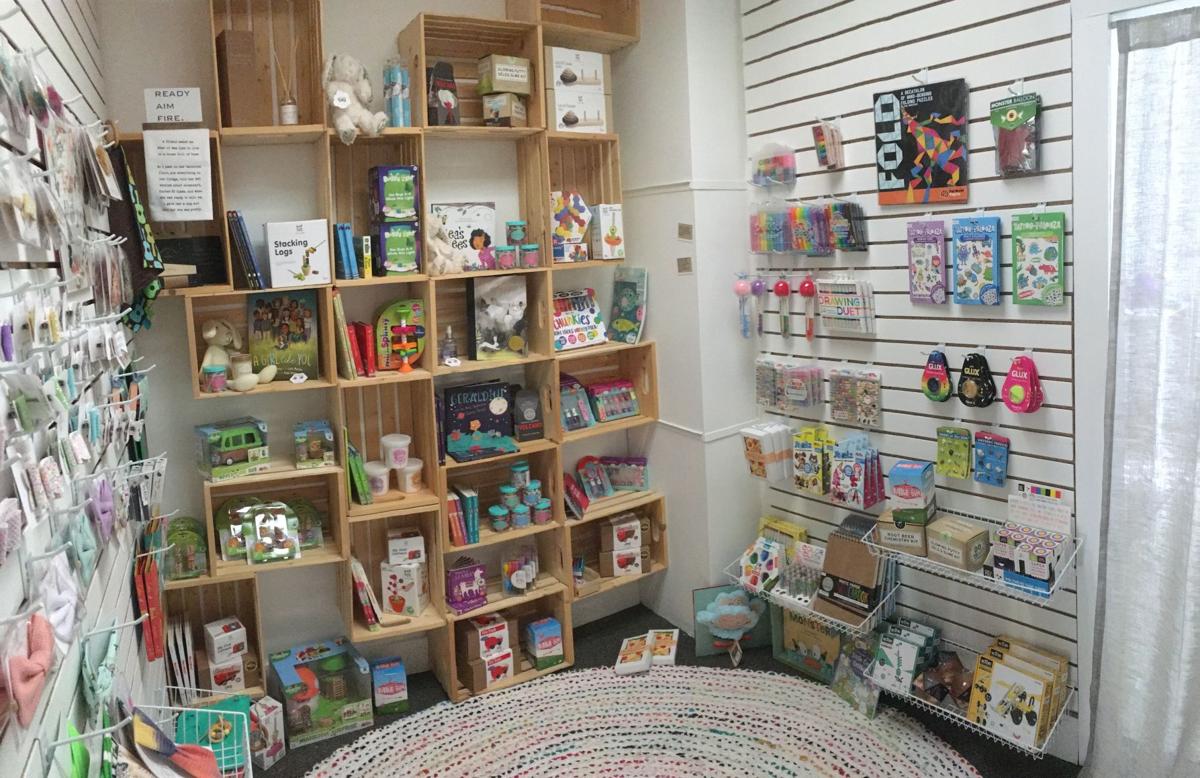 Olita even offers a corner of gifts for children, such as books, art supplies, science kits and more. 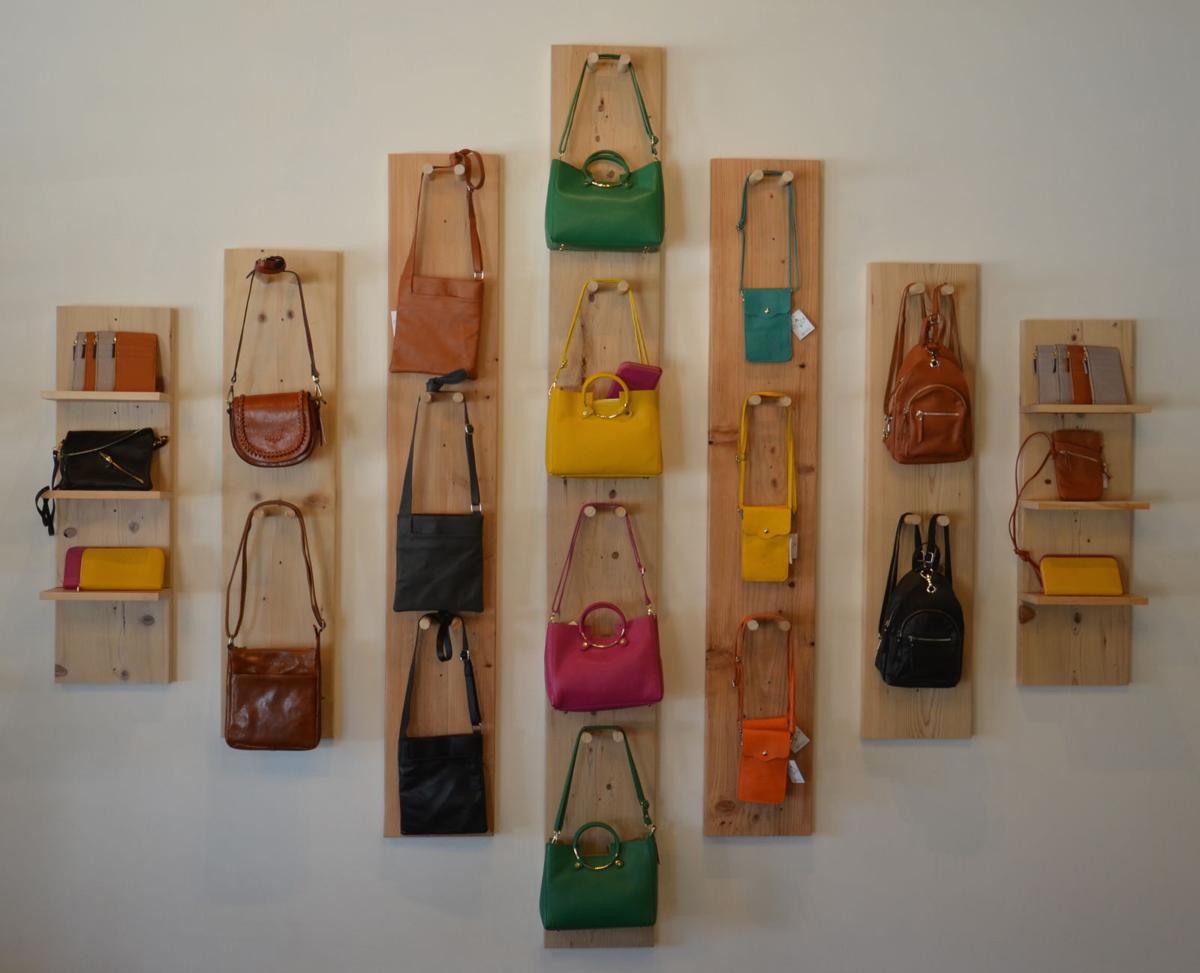 Olita's Italian leather goods are the store's "pride and joy," according to the owner Jill Renee.

If you haven't had a chance to explore the newly renovated Main Street of Hutchinson, now might be the right time with a new shopping option available just across from Library Square.

"Our pride and joy is Olita Italian leather goods," said Jill Renee, owner of Olita Gifts and Goods at the corner of Main Street and Washington Avenue. "But there is something for everybody."

Renee started the business four years ago with her leather line, selling handbags and wallets in stores around the state and online. The name she chose — Olita — was formed by combining the names of her children, Olivia and Tayton, and it would soon be featured at three storefronts.

Growth started a year and a half ago when Renee opened Olita Gifts and Goods in St. Peter, and added other gifts for sale alongside her original line.

"Then an opportunity came to me this last fall," she said. "A building owner in St. Peter came to me and was interested in me taking care of their building."

The new building became the site of her second location: Free Bird by Olita. Like the first storefront, it offers gifts, but with a different vibe.

"Free Bird is more of a natural Boho vibe with macramé and wood pieces," Renee said. "Olita is more trendy and bright."

The Hutchinson location offers a combination of the two styles.

"We have the genuine Italian leather made in Italy," Renee said. "And we have greeting cards, books, journals, coffee cups, tumblers, candles. ... We even have a whole separate area/room that's all kid stuff like art supplies, books, candies, hair bows (and) science experiment kits."

The local expansion came about because Renee moved to Hutchinson. The storefront near State Theatre caught her eye, and when the former Trump Store closed she contacted the building owner.

"I took a look and it was the right fit," she said.

Renee spent two months remodeling the Hutchinson store while her daughter managed the St. Peter locations. She found herself welcomed by the city and Hutchinson Area Chamber of Commerce and Tourism, and on March 24, Renee opened her third storefront for business 10 a.m.-5 p.m. Wednesday through Saturday,

"It feels like home," she said. "(Hutchinson) has that same feeling as St. Peter where I was born and raised. It's a small town but it's energetic. There is a lot going on. I love that."

These days, it's hard to talk business without factoring in COVID-19. The same was true for Olita.

"Sales went down," she said. "There's no difference there. I really try to keep my overhead as low as I can and keep things simple."

During the remodel in Hutchinson, Renee reused as much lumber as possible when redesigning the space in order to keep costs down. She also kept plans as conservative as possible.

"Would I love to put wood floors in? Absolutely. But it's maybe not so smart during a pandemic," she said.

She carries the same philosophy over into promotion, making regular use of social media on Facebook and Instagram.

"No matter where you're at in life, we still buy gifts," Renee said. "We still buy anniversary gifts, we still buy kids gifts. There is always a reason to gift. It doesn't have to be something expensive. It can be as simple as $8 earrings."