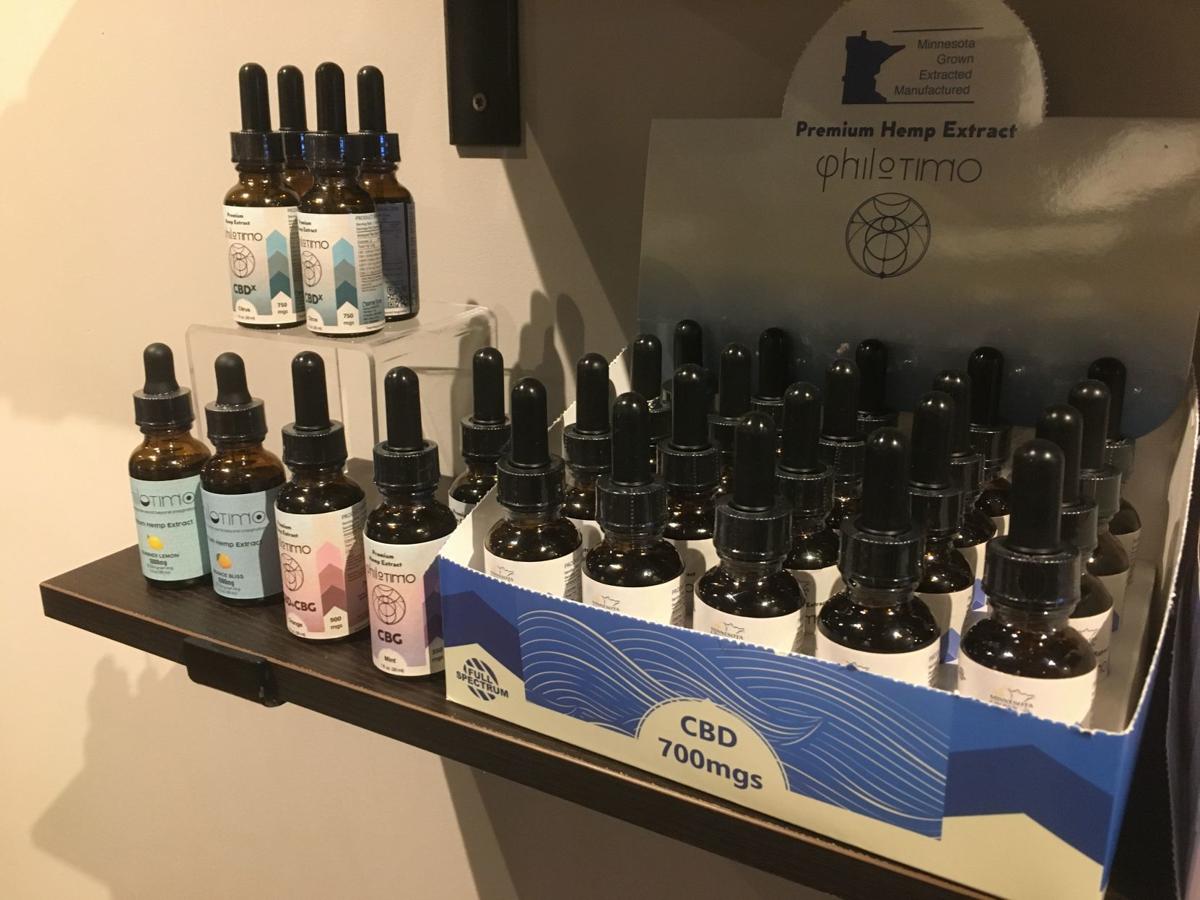 Hemp grown by Minnesota farmers can be used to make several products, including CBD oil such as these. 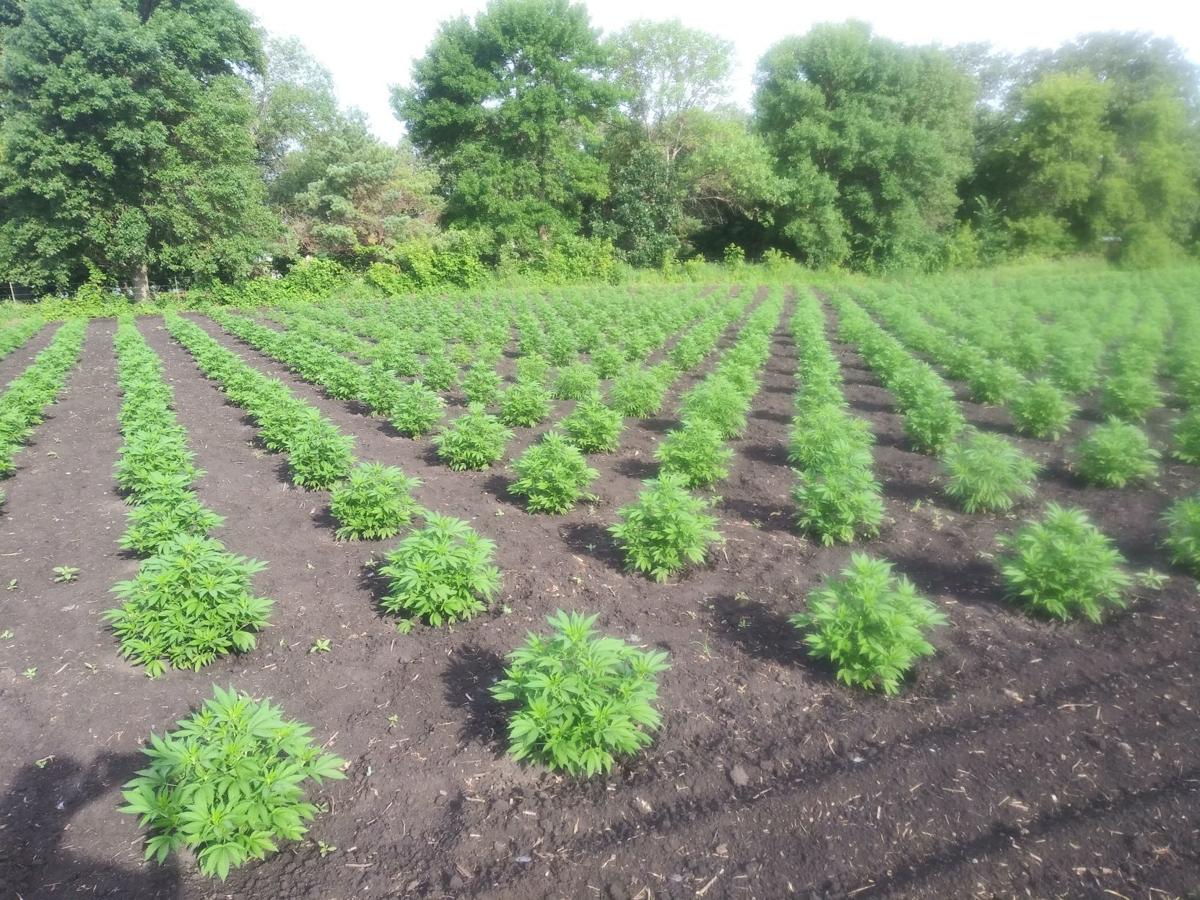 Bruce Baumetz planted his 1.9 acre field of hemp in the middle of June. 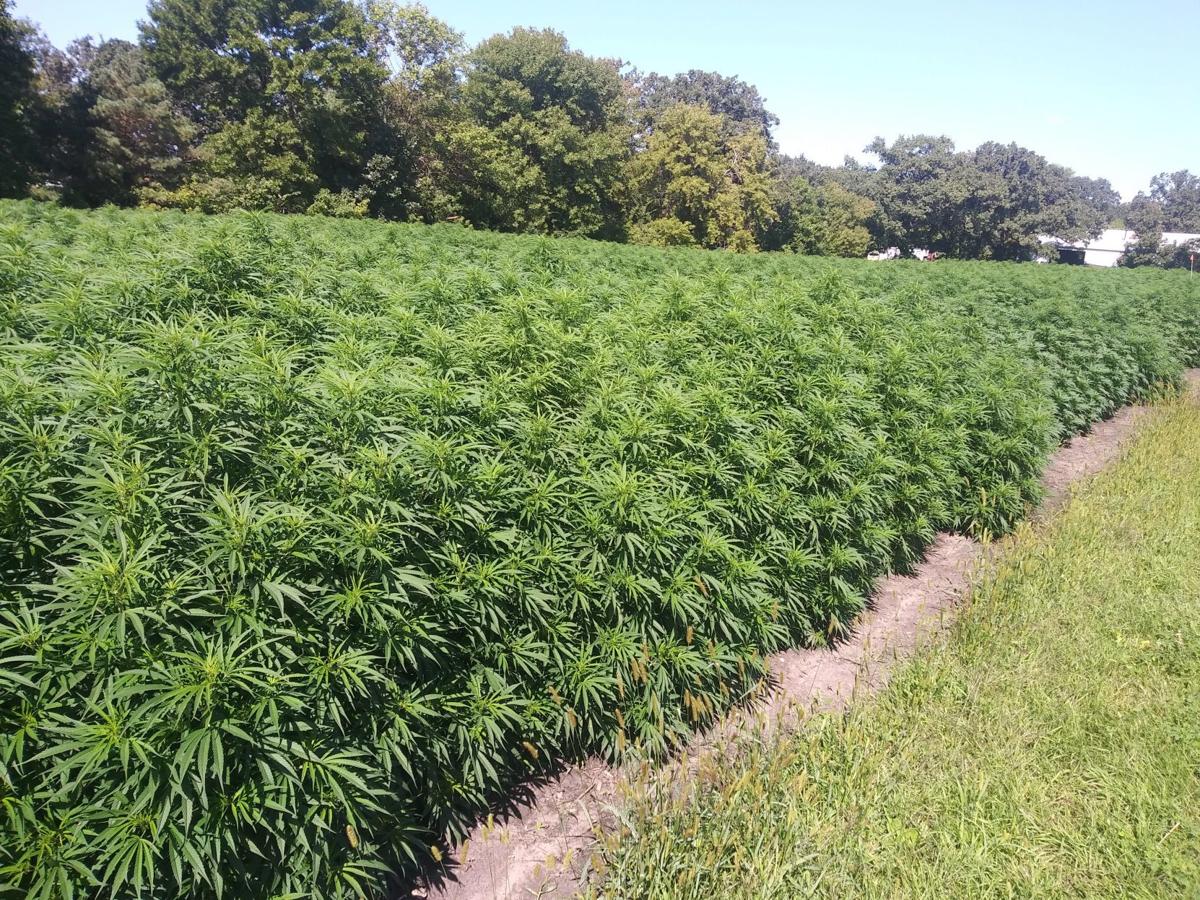 Bruce Baumetz’s field of industrial hemp grew quiet a bit taller than the tiny bushes that sprung up after June planting. It was harvested in October.

Hemp grown by Minnesota farmers can be used to make several products, including CBD oil such as these.

Bruce Baumetz planted his 1.9 acre field of hemp in the middle of June.

Seventy-five years ago, a May newspaper article reported 5,000 tons of hemp were stacked at the site of the Hutchinson hemp plant where 3M now stands, with 2,000 more yet to be hauled there. Another article in October reports the Hutchinson plan is one of 11 to be closed in Minnesota following the end of World War II.

A lot has changed since farmers were encouraged to grow hemp to help in the war effort, most notably a 1970 law that formally banned the production of industrial hemp. Prior to that, a 1937 tax law made production effectively impossible outside the demand during the war. Fast forward again, and the 2018 Farm Bill opened the door for the production of industrial hemp once more. Such hemp cannot contain contain more than 0.3 percent Tetrahydrocannabinol, otherwise known as THC, which is the plant's primary psychoactive component.

Since the Farm Bill was approved, farmers have signed up to join the Minnesota Department of Agriculture's hemp pilot program. The names of participants are private information, but some license holders opted in to a public list for networking purposes. The public list includes four license holders in McLeod County, two in Meeker County, one in Renville County and 10 in Wright County. While license holders may be eager to begin work, they will need to navigate different state, federal and local rules to create a profitable industry.

One license holder is Seven Leaf Science of Cokato.

"As we got together and formed our company, what we are working on is hemp genetics and growing for CBD production," said production manager Casey Clark.

CBD, an abbreviation for cannabidiol, is the active ingredient of hemp desired for medicinal use.

"It's an organic alternative to prescription pills," Clark said, adding that he hopes it can help people who want to stop using opioids.

In Hutchinson, CBD products can be found at many stores, and the people buying them are usually looking for more natural methods to cure common ailments.

"The people I have come into the store are using it a lot for pain and inflammation, anxiety and digestive issues," said Tess Davis, co-owner of Happy Sprout Brew and Grow in Hutchinson. "And we also have a lot of people who use them for things like as a cancer inhibitor, general well-being, less cloudy head. It's really a large variety."

As farmers plant fields of hemp, they are mindful of the risk of their crop crossing the 0.3 percent THC limit. If that limit is crossed, it's treated like marijuana. Meeker County farmer Daniel Miller planted a crop with a friend this year to experiment with the new opportunity. It ended up over the 0.3 percent limit, and Miller was forced to destroy his crop.

Seven Leaf Science is experimenting with wild plants left over from production in the 1940s. It hopes to develop through breeding the best seed for consistent results, and create the most consistent product.

"The first problem is genetics. The work hasn't been done so the seeds aren't stable. So if you have a certain allotment of seeds, they do not carry all the same traits, so there are variables," Clark said. "We want to create the best plant grown organically. I have one strain of wild hemp that tested well below the threshhold of 0.3 THC. I have a couple of wild varieties I'm working with."

Hemp can also be used in the production of paper, clothing, biodegradable plastics, paint, biofuel, food, animal feed and more.

Harold Stanislawski, project development director for the Agricultural Utilization and Research Institute, or AURI, of Marshall, recently spoke at a conference in Minneapolis attended by McLeod County residents.  He predicted some components to creating an effective industry may be two to five years away. Difficulties include:

"The problem with fiber (applications) is there are no processing plants," Clark said. "For fiber to be profitable to the farmer, it has to be processed within 40 miles of the farm."

AURI is working toward the purchase of a small decorticator for hemp processing in Waseca. It may be operational in the early 2020s. Other cities are being sought for plant locations.

Bruce Baumetz of rural Hutchinson has been farming for more than 45 years. He recently decided to try planting hemp in 5-by-5 grids on 1.9 acres with help from a business partner.

"It's a big garden patch," he said, "a small field that was awkward to plant corn on."

His crop, now harvested, is meant for CBD oil processing for medicinal use. The harvest was done by hand, and he found doing so took as much time as a hundred acres of corn with machinery.

"It's a lot of intense work," Baumetz said.

He added that the process of getting out in the field with his family and bringing the hemp into a shed was a rewarding experience.

After a little research, he made his own machine to strip the flowers and leaves from the stems to meet the high standards of quality required by oil producers.

"At the end of the day, what's really interesting is there are no buyers," Baumetz said. "Now that you have your biomass, you need a person to process it into oil. And the person who processes it into oil wants half your crop to do so."

He was relieved when he received a certificate of sale for his crop, knowing that if the THC content was too high he would have to destroy it.

"They are really splitting hairs on this 0.3 and 0.4 percent," he said. "It's still way lower than what people who use it recreationally want. And they're destroying crops."

Baumetz still hopes to line up a buyer.

"With soybeans, at least I know I'll get my paycheck this week," he said. "With this? I don't know yet. ... I know there is value in there. And I know I have a good product. But as far as the private person, (the market is) in such a preliminary period."

If he has no luck on the wholesale end, he has a backup plan in the works. Under the name Otter Lake Gardens, he's preparing to start his own product line with a partner. He also hopes to find some use for the stems of his hemp plants, which he understands provide high quality fiber material. But just as AURI and Clark noted, he has found a good processor or buyer isn't readily available.

Miles Seppelt, Hutchinson's Economic Development Director, said the state needs to set regulations and a market needs to form before local work can be done to develop the industry.

Clark said he hopes to see the market ramp up over the next few years now that the Farm Bill has made it possible. If early problems can be ironed out, he believes there may be an opportunity for Seven Leaf Science and others to add jobs and bring tax dollars to rural areas.

"Where it will go, no one knows," Clark said. "I think if you get the right people and the right regulations in place in Minnesota, it can really rejuvenate some rural areas."

"Where it will go, no one knows. I think if you get the right people and the right regulations in place in Minnesota, it can really rejuvenate some rural areas."