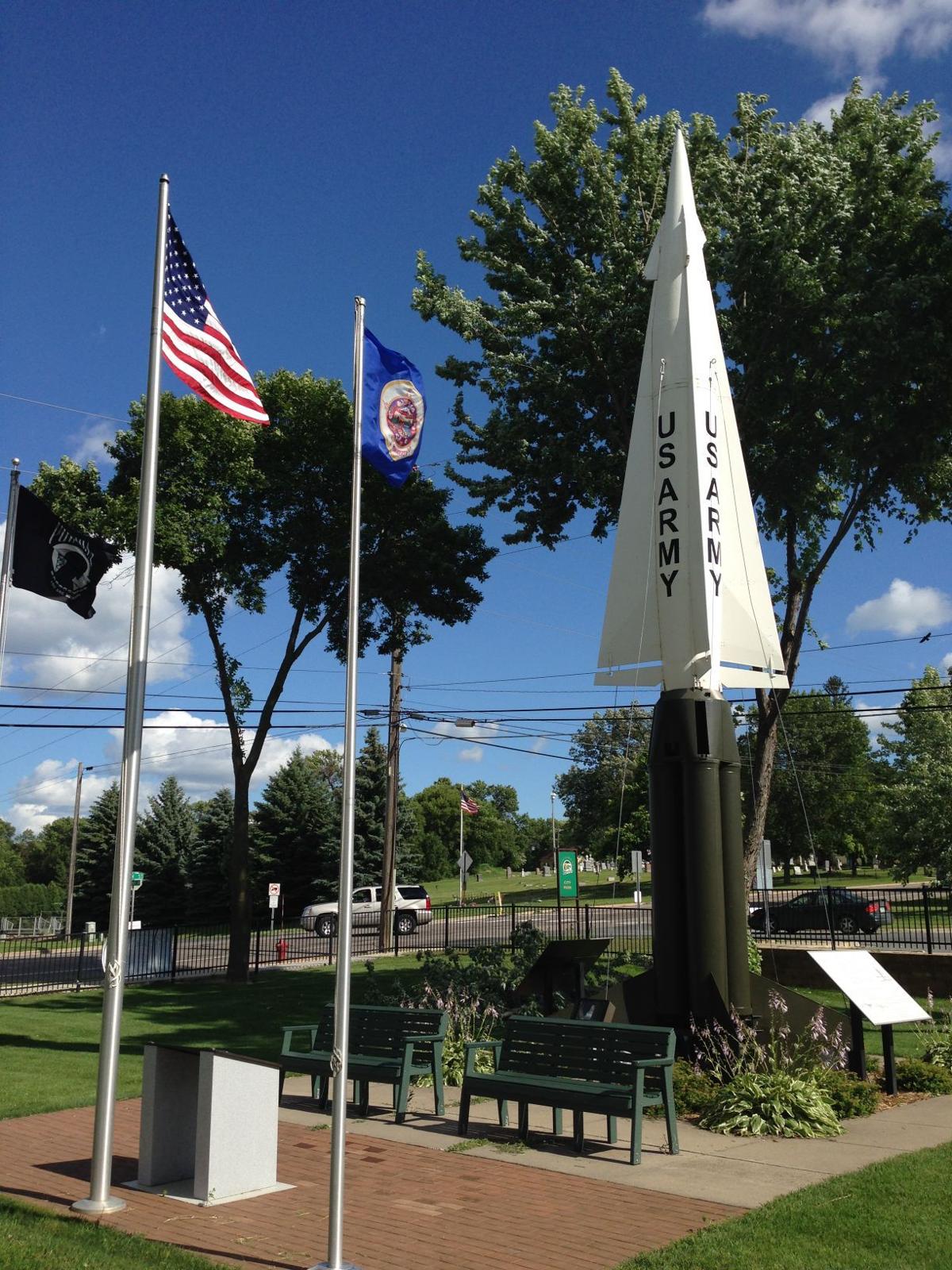 The only Nike-Hercules missile remaining in Minnesota stands more than 40 feet tall in a St. Bonifacius city park. St. Bonifacius was the site of one of four missile batteries built around the Twin Cities during the Cold War. 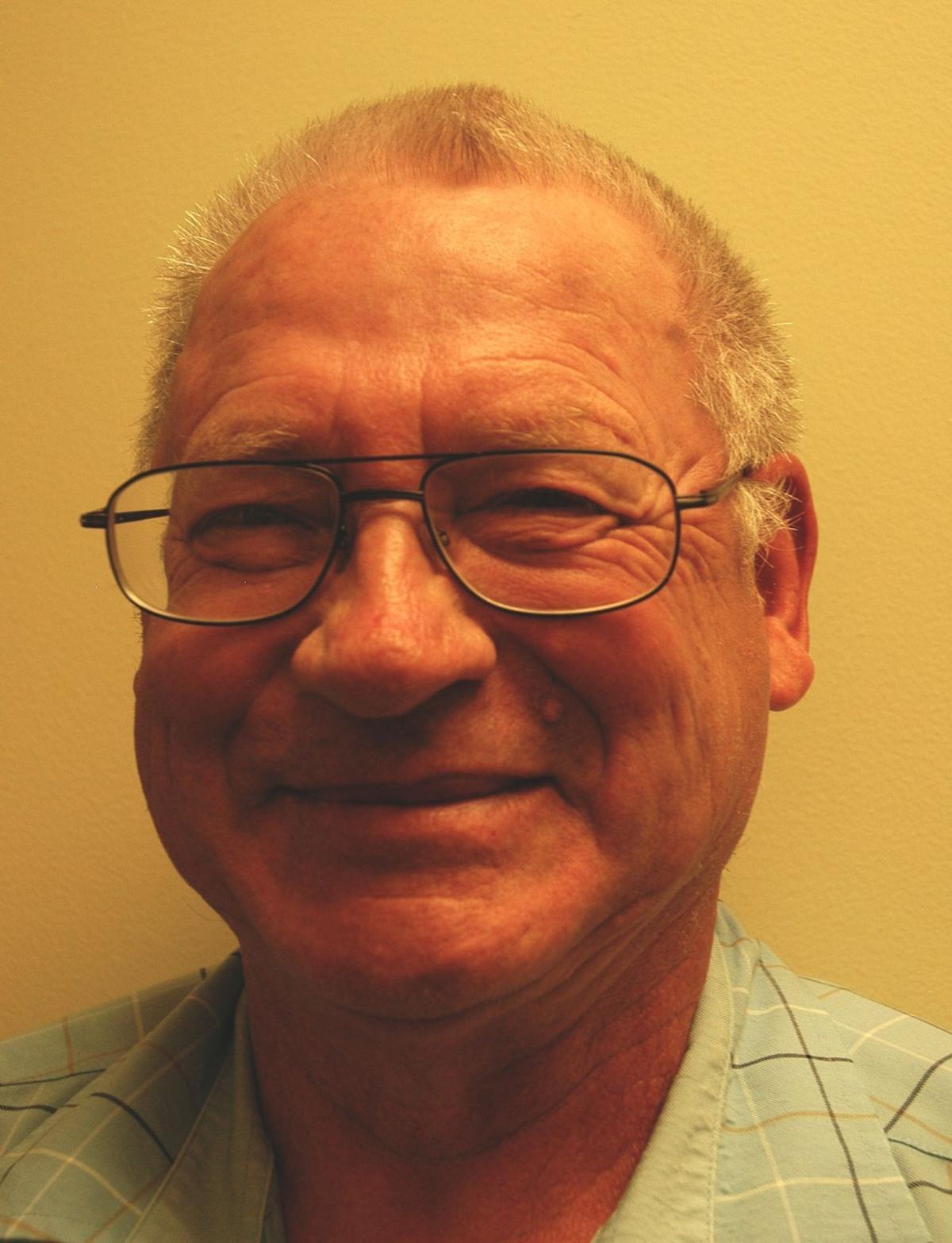 The only Nike-Hercules missile remaining in Minnesota stands more than 40 feet tall in a St. Bonifacius city park. St. Bonifacius was the site of one of four missile batteries built around the Twin Cities during the Cold War.

At the height of the Cold War, the U.S. military was preparing to defend Minneapolis.

Four batteries containing MIM-14 Nike Hercules missiles were constructed in towns around the Twin Cities area. One of those towns was St. Bonifacius. Norbert Mohs, who now lives in Hutchinson, was stationed there from 1965 to 1968.

“A lot of people don’t have a clue that there was a base there,” he said.

The battery in St. Bonifacius housing Nike Hercules missiles was one of 145 designed to protect major U.S. cities. The other batteries forming a ring around the Twin Cities were in Bethel, Farmington, and Roberts, Wis. Each of the 18 missiles at the St. Bonifacius battery were 41 feet long and weighed more than 10,000 pounds. The missiles, which replaced the Nike Ajax, were equipped with nuclear warheads and had a 75-mile range.

The missiles were kept in a storage facility five stories underground. The storage area was divided into three pits with six missiles each and assigned a missile crew. If needed, the missiles would have been carried up by a hydraulic elevator and moved to one of four above-ground launchers by rail. The army did not camouflage the batteries because it assumed the Soviets would aim directly at cities and industrial complexes.

No missiles were ever fired from the battery, but if a Soviet bomber had flown toward the metro area south from Canada, it would have been tracked by the Army Air Defense Commands in Duluth and Fort Snelling. Radar operated by the Air Force in St. Bonifacius would also have tracked the bomber.

As the bomber neared the Twin Cities, the missile would have been raised above the ground and loaded into one of the launchers. A few seconds after firing, the booster rocket would have detached from the missile. The missile could travel at up to 2,700 miles per hour with a maximum altitude of 100,000 feet. Its trajectory would be controlled at the fire control area until interception.

Mohs enlisted in the army with a friend and was stationed at Missile Base Battery C of the Third Missile Battalion of the 68th Artillery in St. Bonifacius after basic training in 1965. He counts himself fortunate that he was stationed so close to home, unlike most of his friends.

“Me and my buddy were the only ones who didn’t go to Vietnam,” he said. His twin brother was stationed in Alaska.

The base had been active since 1959. Mohs spent his first six or eight weeks at the battery learning how to hook up the missiles before he volunteered for MP, or military police, duty. He worked two days on the base and would be off for the next three. When he wasn’t on the base, he traveled home to St. Cloud.

Mohs moved to Waconia with his wife, Noel, when they were married in November 1967. Many of the 115 men stationed on the base married women from St. Bonifacius. Mohs said the people of the town were perfectly aware they had a military battery down the street. Still, the military maintained its operations in secrecy and was closed to civilians. He said they weren’t allowed to take pictures.

“Even if you were married, you couldn’t talk about it,” he said.

For one week of each month, each man was labeled “hot status” and wasn’t allowed to leave the base. They would stay in the ready barracks near where the missiles were in the launching area.

“You never knew when you’d get called for the ready barracks,” Mohs said.

The battery was active between 1959 and 1972. By that time, the Soviets had switched their main priority from bombers to intercontinental ballistic missiles, and the Nike Hercules was waved aside in favor of the newer, more mobile MIM-104 Patriot Missile. Mohs said there was already talk of shutting down the battery when he left it in 1968. All U.S. Nike Hercules batteries were deactivated by 1974, except for those in Florida and Alaska to guard the coasts. The only Nike Hercules missiles set off in the U.S. during that time were for training exercises in Fort Bliss, Texas.

Today, only 12 Nike Hercules missiles exist in the country. Thanks to the St. Bonifacius and Minnesota historical societies, the only remaining missile from the St. Bonifacius battery now stands in a city park. It’s also the only Nike-Hercules missile left in Minnesota. An informational display in the park explains the battery’s history and was the source of much of the information for this article.

Mohs later served with the National Guard, spent one year in reserves and went to school on the GI Bill for auto-body mechanics. For 27 and a half years, he worked as a maintenance mechanic for Kraft Foods in Albany and never missed a day. In 2000, he and his wife moved to Hutchinson.

Not long ago, Mohs struck up a conversation with a man at the bowling alley in Hutchinson. He discovered the man had been a barber who came to the St. Bonifacius base in the 1960s to cut the men’s hair, so he invited him to the upcoming reunion in September for the men stationed there.

“I told him bring your clippers along,” he said.

A reunion is planned for the men who were stationed in St. Bonifacius. The group had a reunion last year, but decided to have another since this marks the 50th year since most of the men came to the battery.

The event will take place Sept. 12 at the missile park, 8822 Wildwood Ave., St. Bonifacius. Although organizer Don McIntosh has been able to contact most of the men who were stationed at the base, it's possible there may be some in the Hutchinson area who haven't heard.