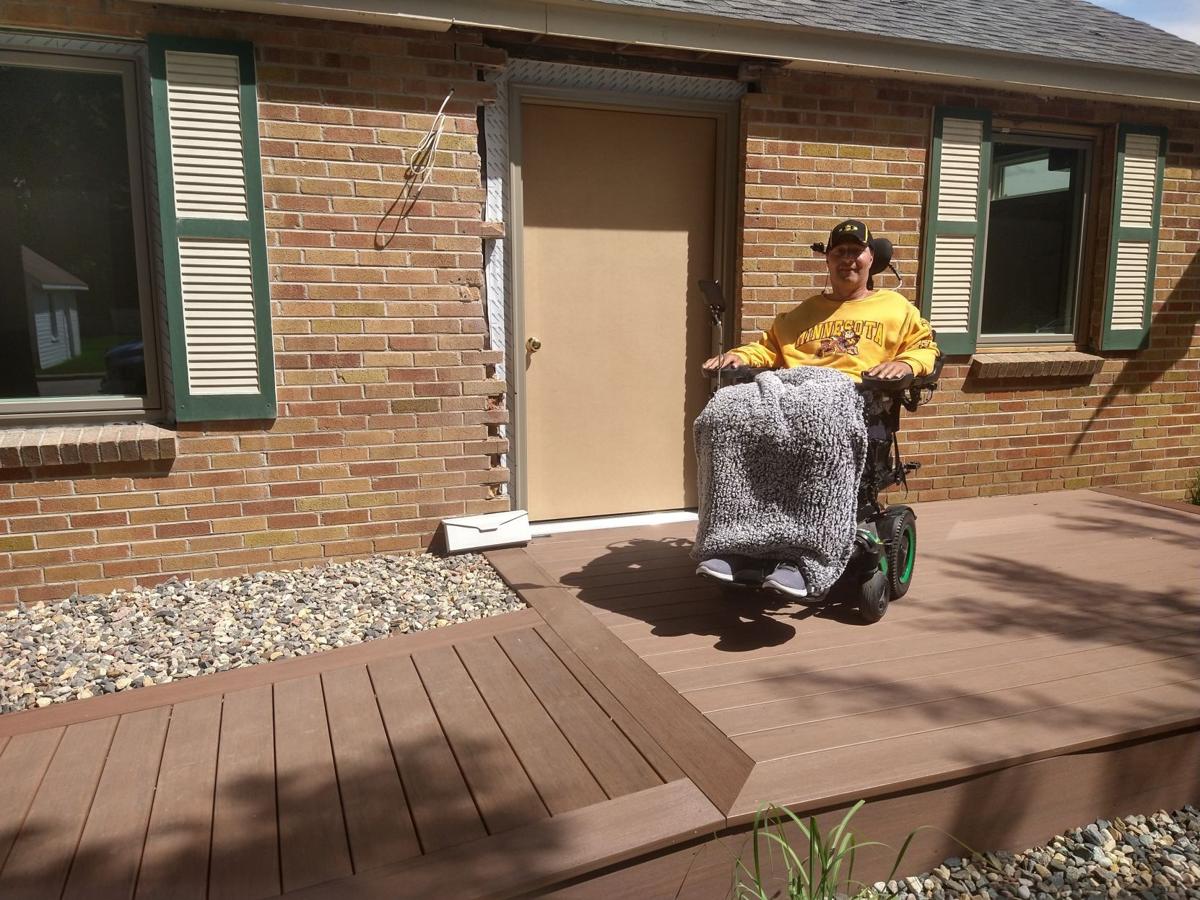 Work isn’t entirely finished on the outside of Scott Schindler’s renovated home, but he is still able to greet guests on “the Taj Mahal of ramps” that was built by his friend, Shawn Libor. 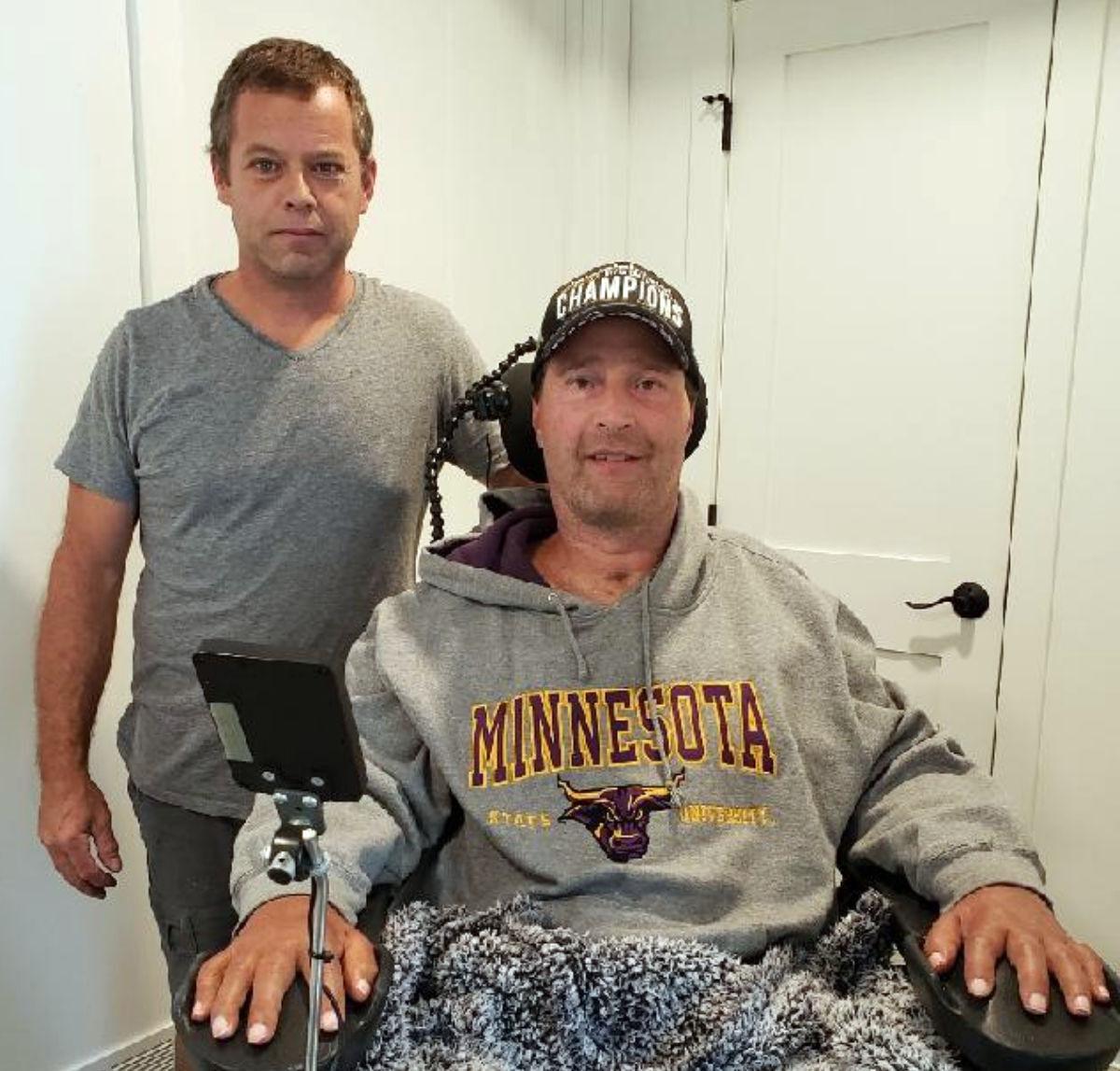 Shawn Libor, left, took the lead in renovating Scott Schindler’s home after he was paralyzed from the neck down. 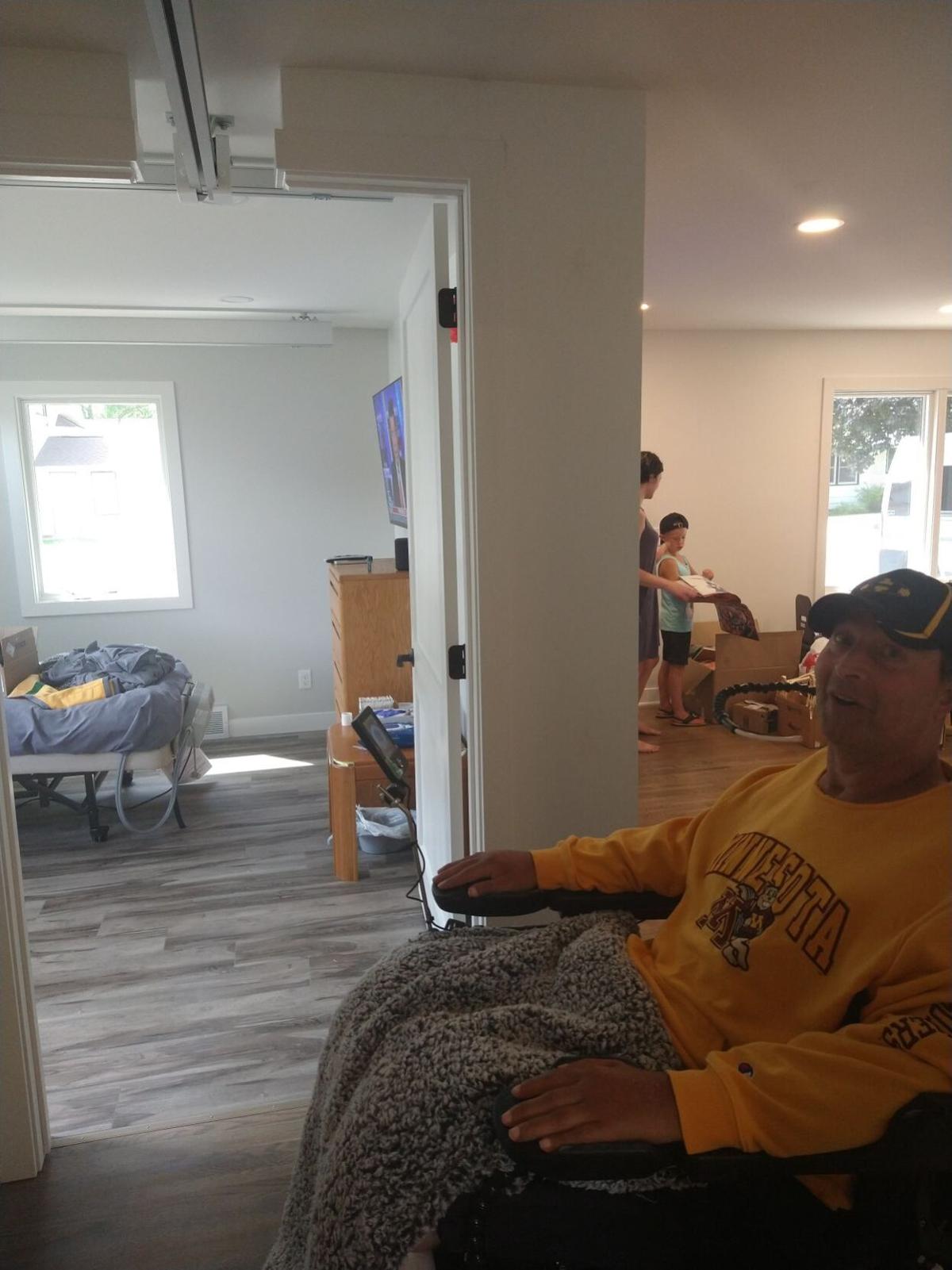 Scott Schindler’s home has wider spaces, wider doors, new windows and even a lift system to help him get around, as seen on the top left. 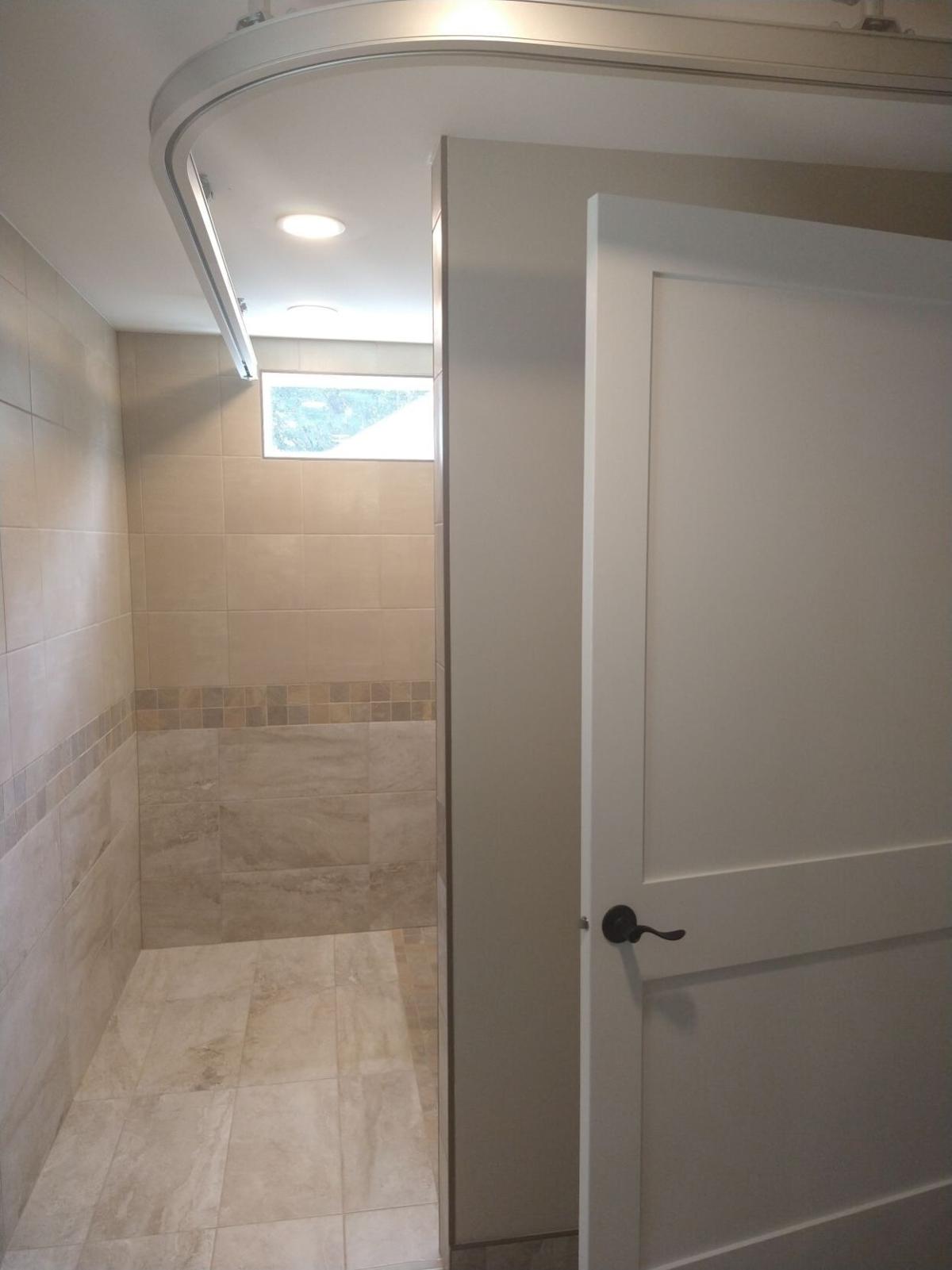 Scott Schindler’s new shower was constructed to be easily accessed.

If you ever want to know what friendship looks like, just ask Scott Schindler. After Shawn Libor took the lead in renovating his northeast Hutchinson home to be more accessible, Schindler has a good frame of reference.

"He's just a great friend," Schindler said. "Thanks doesn't even come close to what I feel."

In late 2018, Schindler was paralyzed from the neck down in a head-on collision at County Road 7 and 85th Street near Stewart. He spent several months out of the state for surgery and rehab. When he returned to Hutchinson about a year ago, he was unable to move back into his home due to the challenges of moving around in an electric wheelchair.

Schindler hoped workers' compensation would cover upgrades he needed to comfortably return home, but it became clear the cost of his needs would go beyond what he had available, even when accounting for aid from local donations. Libor, who met Schindler when he moved to Hutchinson about 20 years ago and rode motorcycles with him, knew he wanted to help his friend have the best life he could.

"Scott really wanted to stay in that house," he said. "He wanted to be back home in his neighborhood, not build something new. The only way we were going to make it work was to do what we had to do with the resources we had with everyone helping out."

Libor, a carpenter, decided to take the lead. With help from an employee, and the aid of material suppliers offering the best deals they could, he volunteered the manpower necessary to renovate Schindler's home.

"We basically took an existing story-and-a-half home with a two-bedroom main floor and converted it to a handicap-accessible main floor for Scott," Libor said. "We took two bedrooms and converted to one bedroom with a much larger bathroom with a wheel-in shower. ... He can just go right into it."

The existing footprint of the house was used, but interior restructuring was required. A chimney was removed, for example, in order to squeeze out that much more square feet of floor space to make it all work.

"It was that tight," Libor said.

A local plumber, landscaping business and electrician helped with work outside of Libor's expertise.

"I know they really sharpened their pencils and did the project for less than it should have cost," Libor said. "They were really flexible with timing and always willing to be there right away when we needed them."

Libor's renovation plan was aided by visits to Schindler when he was in rehab. He was able to see how rooms were constructed for ease of access, and what systems were in place to make life easier. One advanced system that made it to Schindler's renovated home is an overhead lift that can take him from his bed to his shower.

"It's almost a ride at an amusement park," Libor said. "And then he has Shaun, his son, as his primary caregiver right here taking care of him."

Without Shaun, Scott would not have been able to move into his home again, and instead would have gone somewhere he could receive 24-hour care.

The home built in the 1950s has other renovations as well. The rooms are more spacious, the doors are wider and the windows — likely the originals — were replaced with windows that stretch closer to the floor.

"There were a lot of things I didn't even think of," Schindler said. "I was pretty naive to people who were handicapped."

The renovations even extended outside.

"He built me the Taj Mahal of ramps," Schindler said.

Work reached a point near enough completion that Schindler was able to move into his home July 27. All in all, the process has been a little overwhelming, he said, both those strong feelings began even before he was moved in, all the way back to his return to Hutchinson a year ago.

"When I saw the sign when we pulled into town, it was awesome," Schindler recalled, fighting tears. "I was back home. But I still wasn't finally home until Monday. I walked in and I was overwhelmed with emotions. I was so excited at how nice it looked. ... I love my little house. I love my neighborhood."

Neighbors, eager to welcome Schindler, began visiting immediately. Many had even stopped by when Schindler visited to see how renovations were going.

"That's this town," Schindler said. "That's this neighborhood, and my friends and family. I can't stop smiling."

"People in his neighborhood really wanted him back in there," Libor said.

Schindler has found it challenging to get over just how generous everyone has been in helping him to move back in.

"I expected a bill three times what (Libor) gave me," Schindler said. "It's extremely generous."

Libor is just happy his friend can finally rest.

"It's just been a series of steps for him," he said. "He's always had to plan for the next step. It was HCMC to Denver, then to another facility, then to Hutch. ... Well, now he's finally at a step where he doesn't have to do that anymore. He's home. He can sit back and relax."

"He built me the Taj Mahal of ramps."