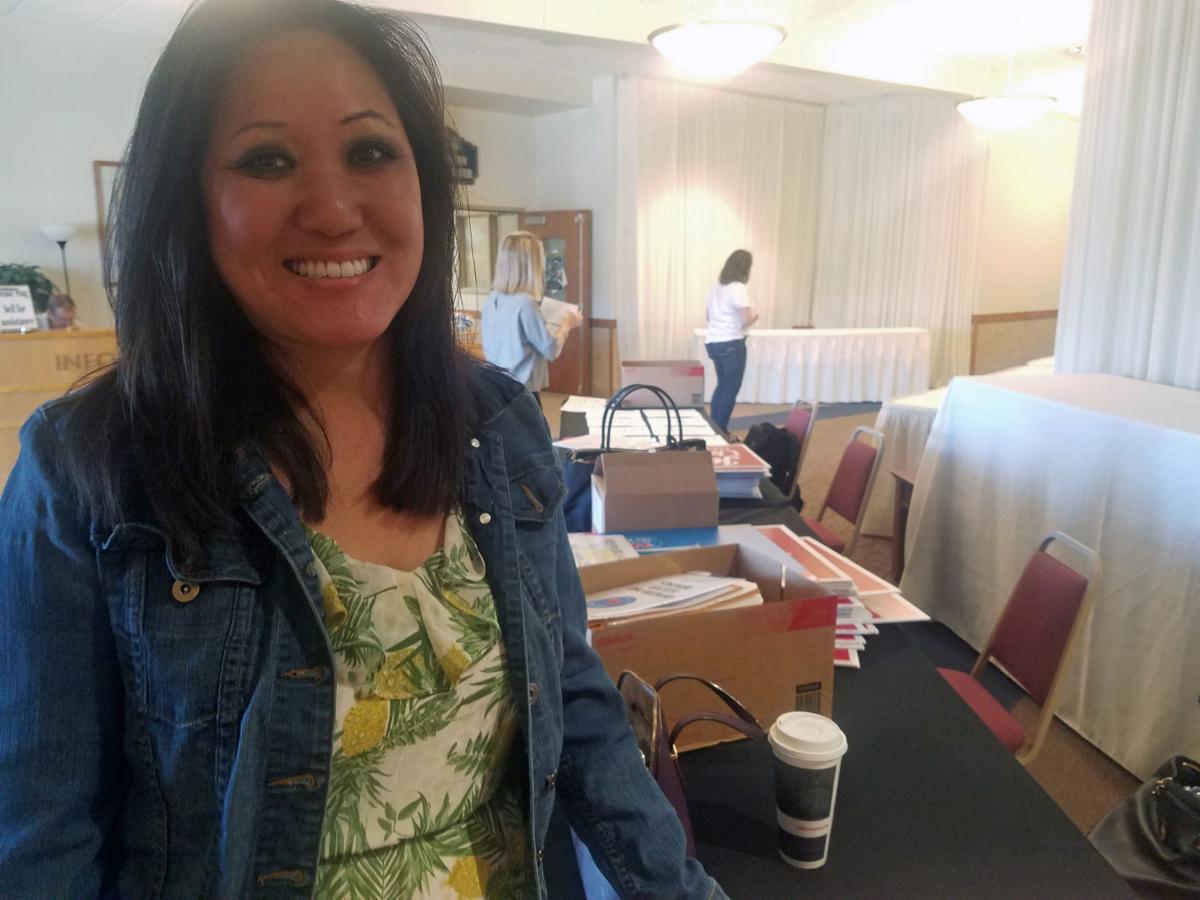 The numbers don’t lie: McLeod County is about as red as they come. But this past weekend the city of Hutchinson leaned even more right than usual as hundreds of visitors arrived for the state central convention of the Republican Party of Minnesota.

“It’s where we elect all of the offices for our party,” party chairwoman Jennifer Carnahan said Friday morning.

She arrived early in Hutchinson among a group there to prepare the Hutchinson Event Center for the Saturday event. That night, party events at the Crow River Winery and Bobbing Bobber Brewing Co. drew crowds of visitors. Roughly 500 GOP party members were expected to travel from all corners of the state, many to see the city the day before and stay the night.

“We’ve never held a convention in the 7th Congressional District,” Carnahan said, “and given that there is so much opportunity for our party here we thought Hutchinson would be a great location to kick off the 2020 election cycle.”

In addition to Hutchinson’s convenient, central location within the state, the city was chosen because of a past visit by party officials.

“We actually came into Hutchinson during the 2018 campaign when we were on our bus tour,” Carnahan said, “and really liked the reception and the town.”

In the upcoming 2020 election, she said, the party is paying special attention to Minnesota’s 7th Congressional seat, which has been held by Blue Dog Democrat Collin Peterson since 1991. In 2018 and 2016, Peterson held off GOP challenger Dave Hughes by roughly 5 percentage points.

In 2018, the Minnesota GOP flipped the 8th Congressional District seat and the 1st Congressional District Seat, which are the other two most rural districts. The flips were considered an oddity in 2018, when many seats across the nation went to Democrats. Carnahan said that in the 2020 cycle, the party wants to focus resources in the 7th District. She believes the party’s focus and resources will help bridge those last 5 points.

“(District 7 is) a state and national priority,” she said.

In 2018, the party found boots on the ground and targeted voter outreach to be an effective strategy in other districts.

Democrats will likely respond to the GOP’s focus, Carnahan said, but she anticipates the party will see “the writing on the wall” and focus resources on seats it is more likely to keep. Republicans will also focus on other races to try and take control of the state House. It currently holds the Senate majority.