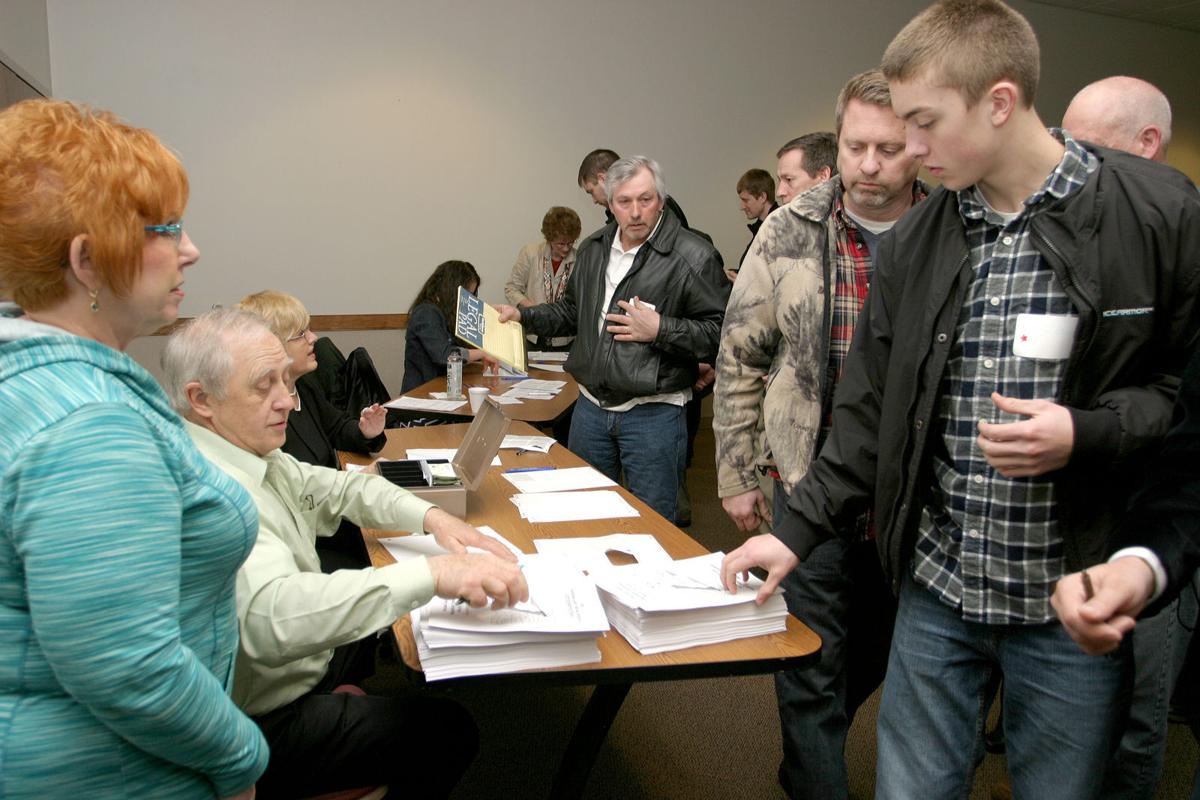 Mitzi and Ron Shimanski of Silver Lake helped register the approximately 120 Republicans who turned out for the McLeod County convention Saturday in Hutchinson. 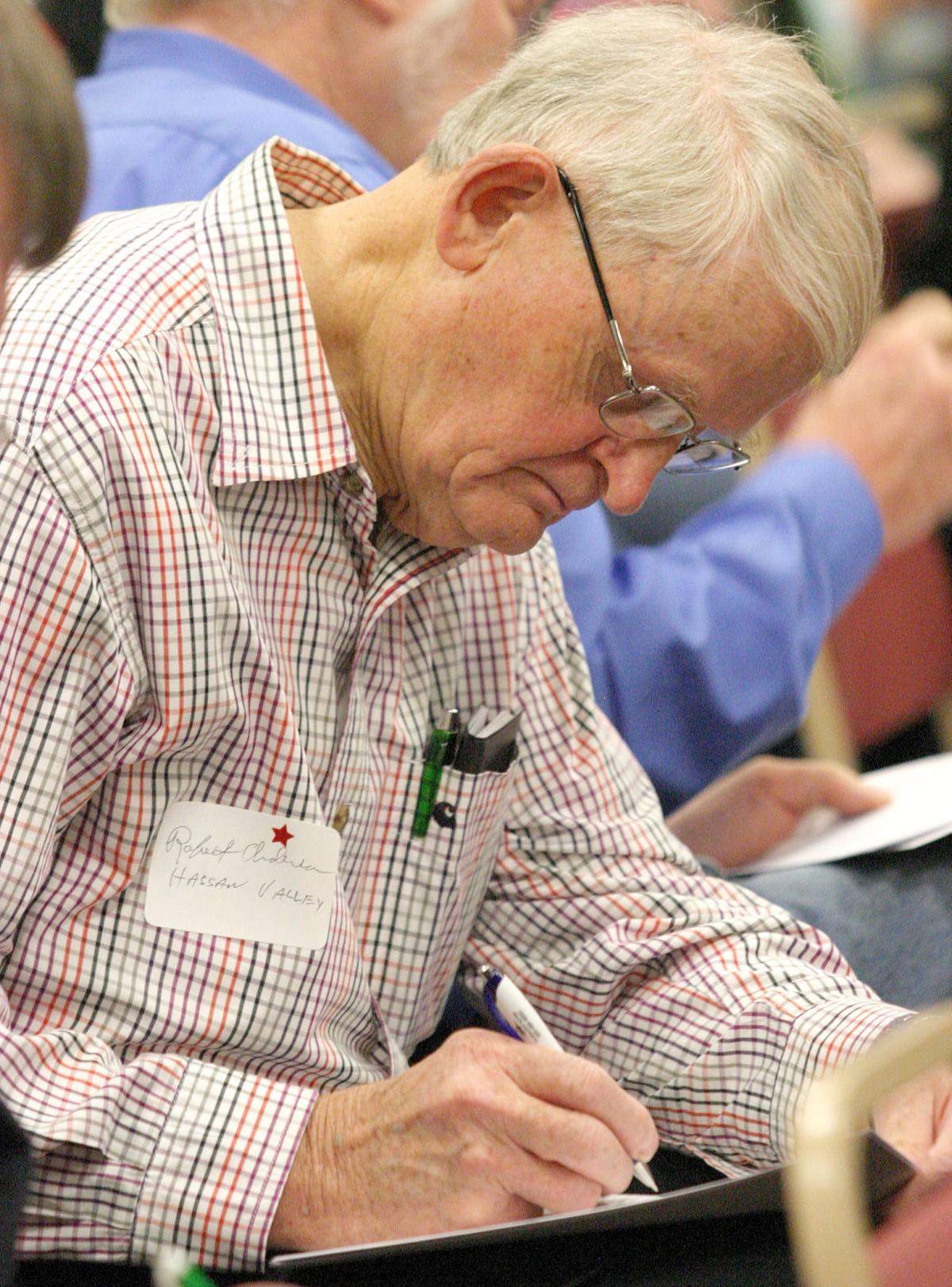 Hassan Valley delegate Robert Anderson took notes as the delegate credentials were confirmed during the convention on Saturday. 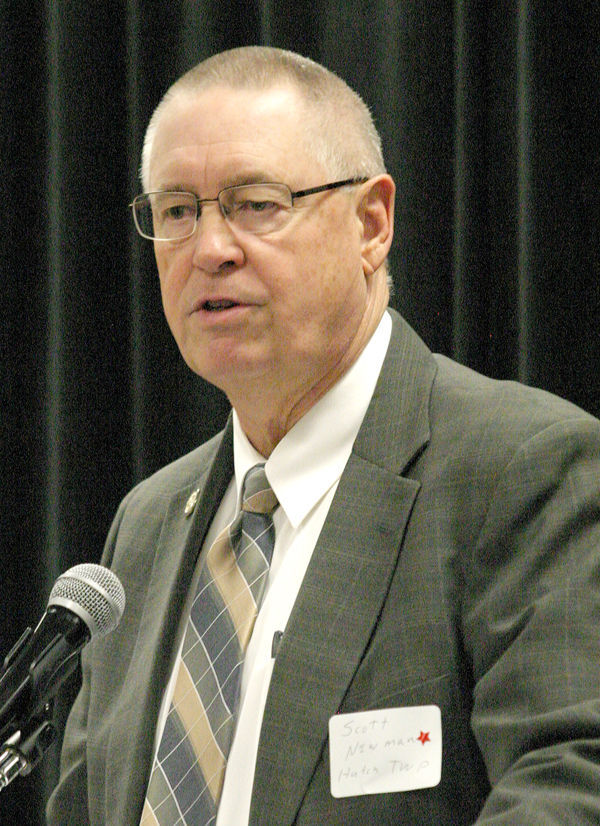 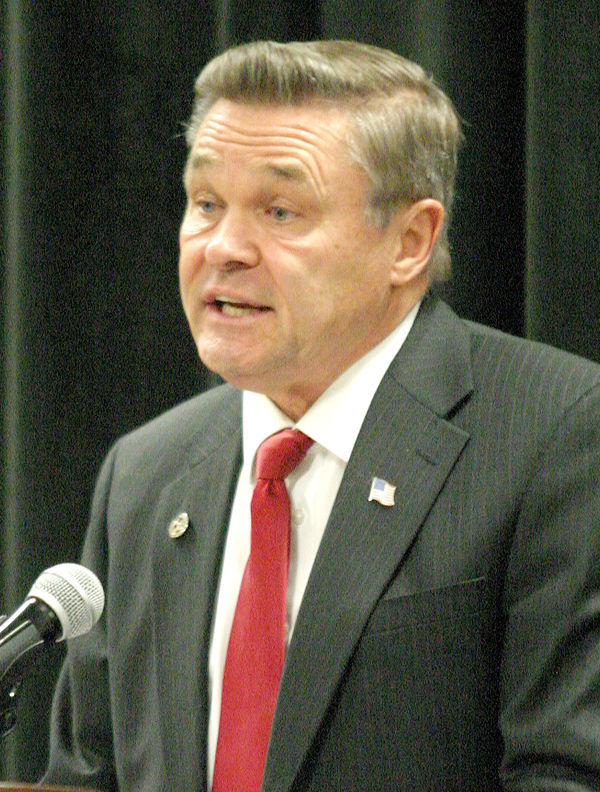 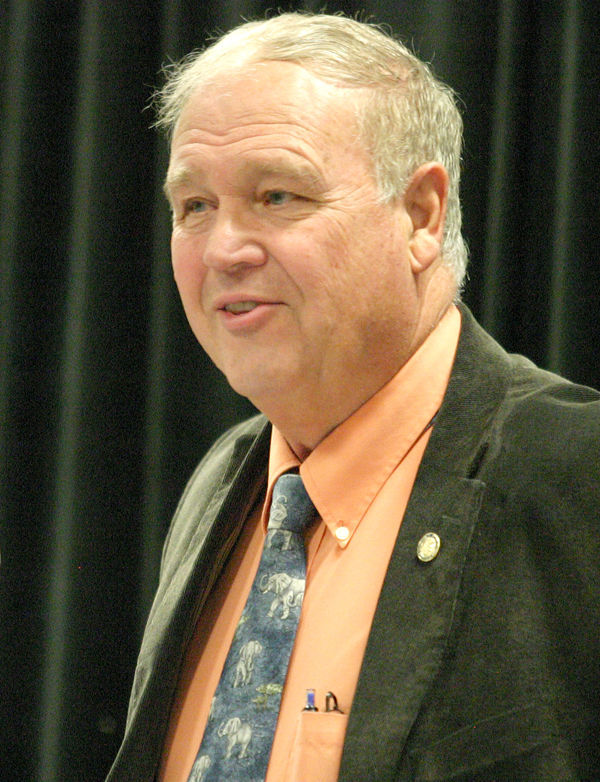 Mitzi and Ron Shimanski of Silver Lake helped register the approximately 120 Republicans who turned out for the McLeod County convention Saturday in Hutchinson.

Hassan Valley delegate Robert Anderson took notes as the delegate credentials were confirmed during the convention on Saturday.

It might have been a reflection of the huge turnout experienced earlier this month on caucus night. When McLeod County Republicans had their county convention Saturday, the registration table line stretched almost to the entrance of the Hutchinson Event Center.

About 120 people registered, including 100 delegates and 11 alternate delegates. The line to register was long enough that it held up the opening gavel by almost 20 minutes.

The three legislators representing District 18 in the Hutchinson area, all Republicans, were unanimously endorsed without opposition to run for their seats again. They include Sen. Scott Newman of Hutchinson, District 18A Rep. Dean Urdahl of Acton Townhip and District 18B Rep. Glenn Gruenhagen of rural Glencoe.

All three gave their take on the first two weeks of the 2016 Legislature.

Gruenhagen said the three top issues of this session will be completing the transportation bill that was started in 2015, approving a bonding bill, and agreeing on a bill to reduce taxes.

“We need immigrants because when you kill 60 million children you need someone to work,” he said referring to abortion.

Gruenhagen also criticized the Affordable Care Act, saying the money Minnesota spent setting up its exchange could have paid for coverage for the previously uninsured. He called MNsure “a health care Titanic.”

He urged rural Republicans to talk to friends who are Democrats to impress upon them that voting in rural Democrats to the Legislature just empowers Twin Cities Democrats, who he called “radical leftists.”

Newman said an assisted suicide bill did not clear the committee level at the Senate, “and I hope it doesn’t.” He also called the Real ID issue concerning because it is a case of the federal government telling states what to do while jeopardizing privacy. He, too, urged Republicans to take back the Senate by flipping 10 seats this fall from Democratic control.

EYE ON THE PRIZE

At the national level, Newman said he doesn’t understand why so many young people are supporting Democrat Bernie Sanders, who he called a socialist.

“They are literally being robbed of the American dream,” Newman said.

Republicans, he added, will need to come together after a bruising primary season supporting whoever is nominated.

Urdahl said the first two weeks of the session were bogged down in rules disputes. The debate over the extension of unemployment for laid off taconite workers need not have happened. The bipartisan issue got delayed by Senate Democrat posturing, he said.

While Gov. Mark Dayton has proposed more than $1.4 billion in bonding, “I think we will be lower, maybe $800 million,” Urdahl said.

“Whatever we do, it has to be heavy on infrastructure (projects),” he said, adding that because bonding requires approval by a super majority, that means the bill will have something for both parties.

Urdahl said he hopes his idea to require students to pass the same civics test candidates for naturalized citizenship must pass gains traction this session. He is hopeful of its passage.

Convention attendees also heard from David Hughes, who is challenging Democratic Colin Peterson in the Seventh Congressional District, and Kevin Poindexter, who spoke for Amanda Hinson, a Long Prairie resident also seeking the GOP endorsement to challenge Peterson. One of the two will get party endorsement at the district convention April 29-30 in Alexandria.

The 13 resolutions submitted at the county caucuses for possible inclusion as state GOP platform planks were approved with some minor language revisions, Hoel told the Leader Monday.

One new resolution was accepted from the floor and pertains to calls after the heavily attended caucuses for a switch to a primary election. The resolution called for continued support for the caucuses as they are now.

“People were concerned their voices wouldn’t be heard (in a primary election), and worried a primary would erode caucus participation,” Hoel said.

Eighteen delegates for the Seventh District and State conventions were selected, though the names hadn’t been compiled by the time this issue of the Leader went to press.