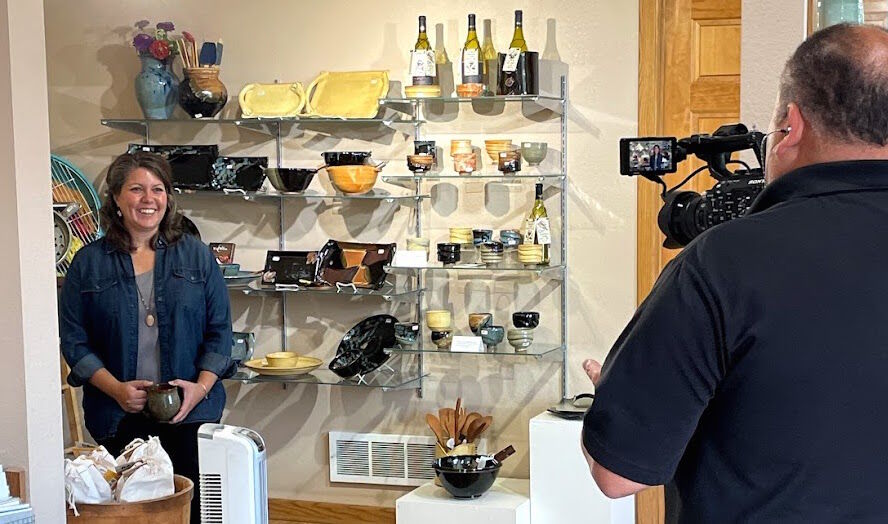 Morgan Baum, second generation owner of The Clay Coyote in downtown Hutchinson, works with a Small Business Administration video team. Her business was one of 10 around the country recognized during the National Small Business Week Virtual Summit. 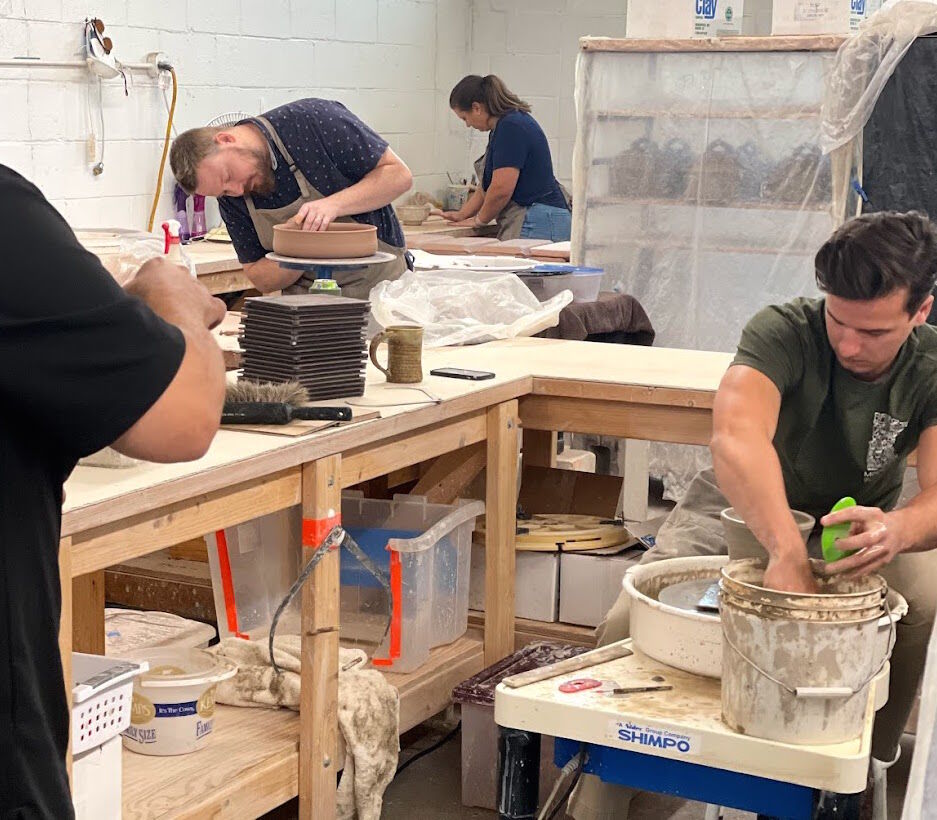 This photo of Clay Coyote’s potters was originally taken for the Small Business Administration. Along with nine other businesses from across the U.S., Clay Coyote was highlighted as part of the National Small Business Week Virtual Summit. 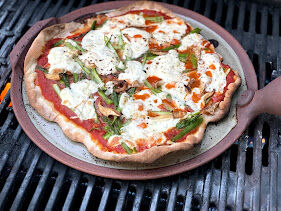 One innovation during the pandemic was the creation of the Clay Coyote Pizza Stone. Morgan Baum used it live on WCCO.

Morgan Baum, second generation owner of The Clay Coyote in downtown Hutchinson, works with a Small Business Administration video team. Her business was one of 10 around the country recognized during the National Small Business Week Virtual Summit.

This photo of Clay Coyote’s potters was originally taken for the Small Business Administration. Along with nine other businesses from across the U.S., Clay Coyote was highlighted as part of the National Small Business Week Virtual Summit.

One innovation during the pandemic was the creation of the Clay Coyote Pizza Stone. Morgan Baum used it live on WCCO.

When the COVID-19 pandemic was at its worst this past year, The Clay Coyote and Pottery of Hutchinson did what it does best — it got creative.

“I was sitting by myself on a Zoom call for hours, talking to customers who would call in and ask how to use pottery,” said owner Morgan Baum.

Once a week, with employees sent home and the storefront closed, she would go in and send out all pots that were ordered.

“That got us through the first shut down,” she said. “The second shut down we were really fortunate retail wasn’t closed.”

But with customers still nervous about visiting brick and mortar shops, the business, like many in Hutchinson and around the country, took a fresh approach.

“They had gotten accustomed to being able to order online, do curbside pickup. We started doing free local delivery where I was just dropping off pots at people’s houses,” Baum said.

While Clay Coyote’s story is a local one, it didn’t stay that way. Along with nine other businesses from across the U.S., it was highlighted nationally as part of the Small Business Administration’s National Small Business Week Virtual Summit. The Sept. 13-15 event focused on the resilience of America’s entrepreneurs and the small business economy as it has built back up amidst a once-in-a-lifetime pandemic.

According to the SBA, more than half of Americans either own or work for a small business, making the tribulations of the pandemic local and widespread. When The Clay Coyote had to send home its eight employees, it was a hardship shared by many.

“In the last 18 months, there were a lot of moments I thought we weren’t going to make it in all honesty,” Baum said. “I don’t know any small business, unless you were a front line, that didn’t feel that way. When we found out we were being closed down in March (2020) and we were sending everyone home, all of a sudden we weren’t making anything. And the way we stay in business is we make things.”

She said it was right to send employees home, but it didn’t feel morally right to leave them without an income. That’s where federal CARES Act funds, support from the SBA and local partners came in.

“The funds were accessible if you knew where to look and who to ask for help,” Baum said. “I was really fortunate with Citizens Bank and Trust here in Hutchinson. They’re our community lender. They made it easy to apply for PPP loans and we were able to get two.”

“And our local Chamber of Commerce sent us resources for other funds through the Minnesota (Department of Employment and Economic Development) program, and the city and county CARES Act funds,” Baum said. “It was kind of a patchwork quilt of funding, but without all the resources, I can tell you, honestly, I wouldn’t be here today.”

Thanks to those funding opportunities, Clay Coyote was able to stay in business and pay its employees even when they couldn’t go to work. It also took the opportunity to try new things, and prepare itself in case the pandemic should bring about restrictions again.

“The second time, when we were getting really nervous about it, we helped outfit our potters so they could do work from home studios,” Baum said.

Those preparations included the purchase of a kiln that could be used remotely with a cell phone, a work-from-home plan, and tools to let potters produce in their garages.

One of the longtime requests of Clay Coyote’s customers has been a product with which to bake pizza. During the quiet moments of the pandemic, a design was mulled over.

“We thought, ‘Lets try it.’ The pandemic allowed us the space to do that. And it went bonkers,” Baum said.

The Clay Coyote Pizza Stone was used live on WCCO and sold out from October through Christmas.

Since being selected for the SBA National Business Week Virtual Summit, Clay Coyote has found itself with a bigger spotlight. It was live with KSTP in the gallery Tuesday morning, and has been contacted by state and national outlets highlighting Small Business Week.

“We’re thrilled,” Baum said of being among the 10 businesses highlighted. “We couldn’t believe it when they called us and told us. It kind of came out of the blue.”

She’s excited to tell Clay Coyote’s story, and to represent Hutchinson and the Midwest. The pride of her employees has been a highlight as well. But she’s also excited to learn about the other nine businesses.

“I can’t wait to find out who they are and what their success stories are,” Baum said. “I’m sure there are amazing examples of people being creative and resilient across the country.”