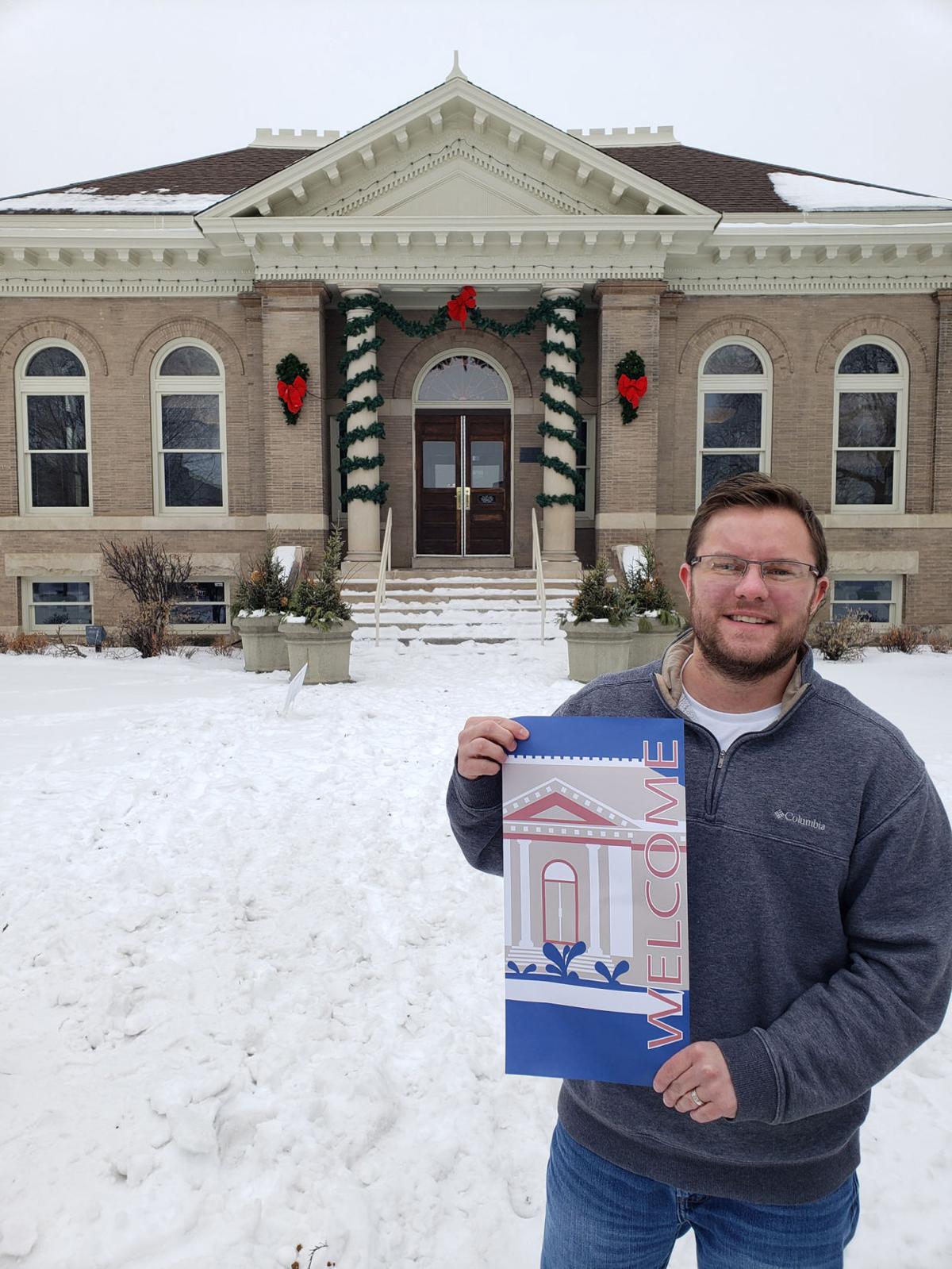 Dany Stoufer shows his winning banner design of the Hutchinson Public Library. Listed on the National Register of Historic Places, the crown jewel of Library Square was made possible because of a grant from hilanthropist Andrew Carnegie in 1904. 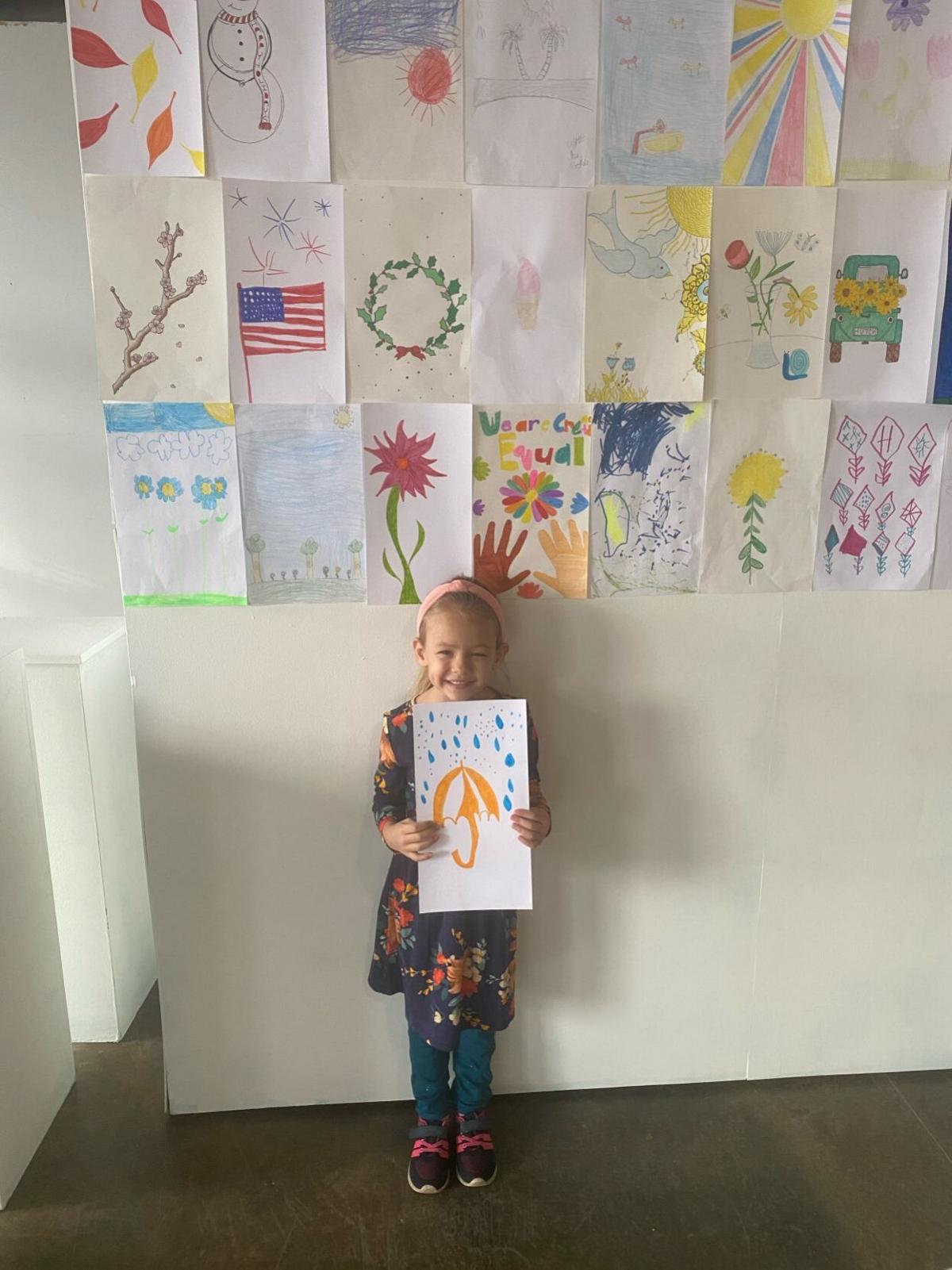 Hadley Mackenthun, 5, earned kudos for her spring banner design. The youngster earned a $50 cash prize for her winning entry. Pictured in the background are the submitted banner entries, which are on display through February at the Hutchinson Center for the Arts. 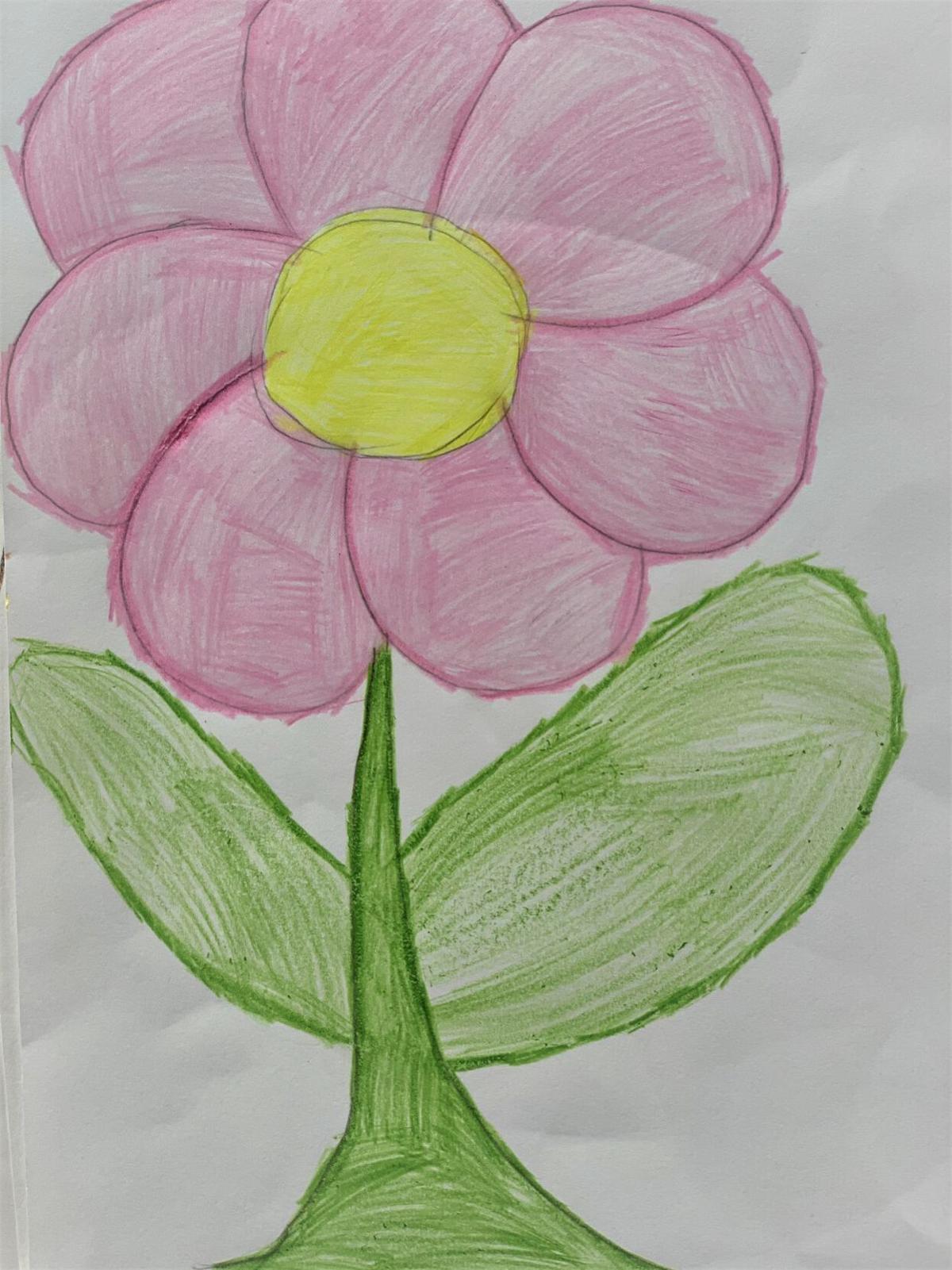 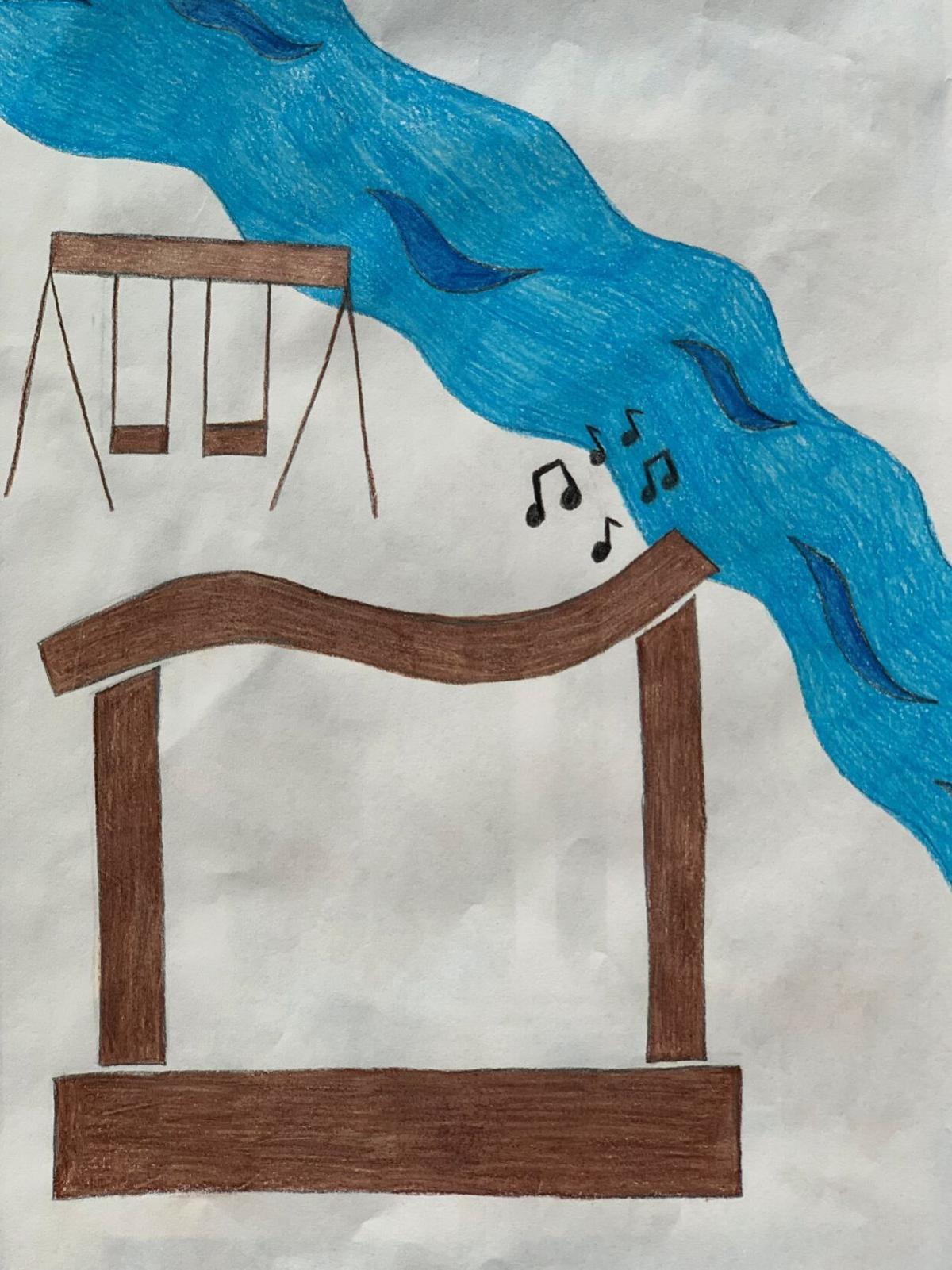 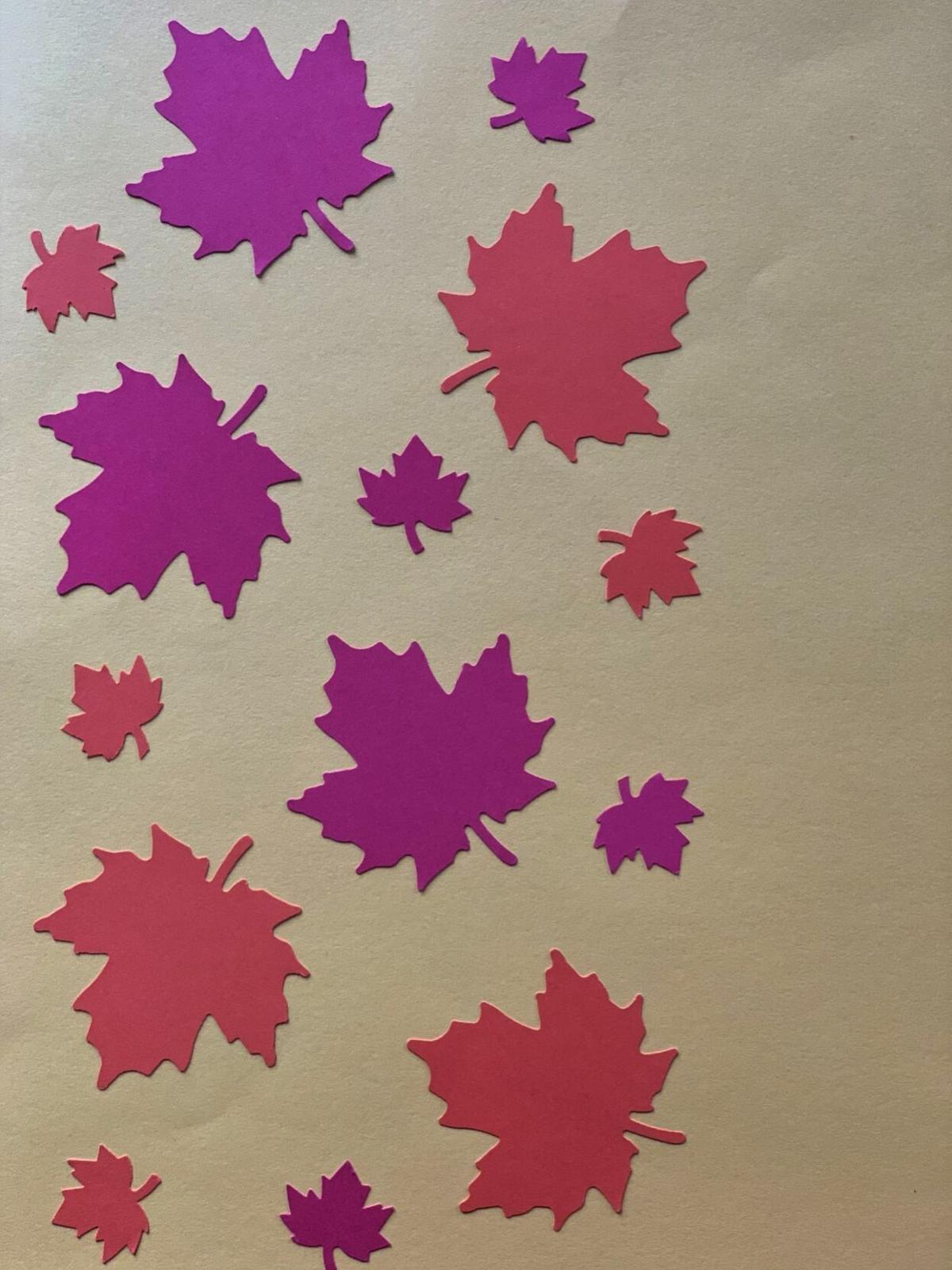 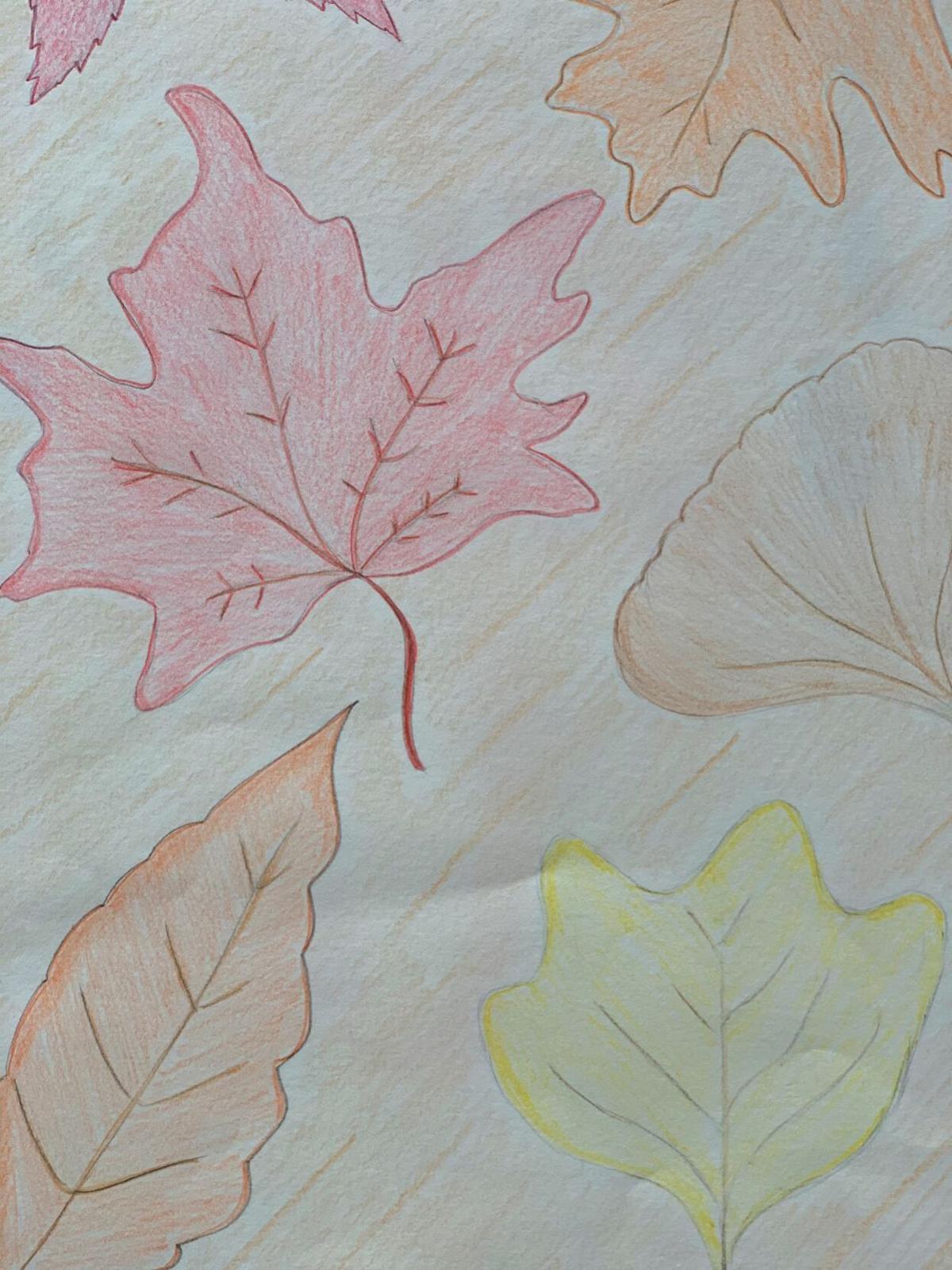 Downtown Hutchinson is a drawing card to the community for a variety of reasons including its century-old buildings and beautiful Library Square. Enhancing these attractions are period lighting, well-kept storefronts, generous sidewalks and colorful banners.

It's a sight that welcomes visitors and residents alike. To continue this tradition of showcasing Hutchinson's best, the city of Hutchinson, Hutchinson Center for the Arts and the Hutchinson Ambassadors partnered to host the Main Street Banner Contest. Artists were invited to submit up to six designs focused on the seasons of spring, summer and fall. This is the second time the groups have collaborated in hosting this event. The first time was in 2014.

Seventy-five entries were submitted by the December deadline. The following artists were named the winners:

“We had a great pool of entries to select from, so narrowing down the top choices wasn't easy,” Hiltner said. “I greatly appreciated the artistic knowledge and expertise of Lisa and Corey and learned a lot through this selection process. We picked out designs that are not only representative of the seasons but will make welcoming and inviting banners for the city's Main Street.”

“There were a lot of good entries,” he said. “We found some good designs that worked representing the seasons spring, summer and fall, and representative of the colors for the banners that will work well. Some of the banners we chose represent locations downtown. That's kind of cool. It was a tough choice. There's a lot of good art in Hutchinson.”

Mackenthun was happy to have her artwork selected for the spring banner, and the $50 cash award is going to her piggy bank. She was inspired by her umbrella.

"I like to use my umbrella in the spring," she said. "It was from Santa last year."

Sturges said she owes her banner design to a song.

"The lyrics said something about flowers blooming, and this inspired me to draw my spring flower banner," she said.

It's not surprising that the 7-year-old was "very happy and kind of shocked" when she found out she had won.

When it comes to the $50 prize, she's going to put some of her winnings in her savings account for college and spend some of it on something special.

Stoufer earned first-place for his summer entry of Library Square. Stoufer's name may be familiar to Leader readers. He was one of the trio that found the Water Carnival medallion in 2019, and his design graced the 2020 Hutchinson Jaycee Water Carnival button.

“I'm really excited to win the banner contest,” he said. “It'll be even more exciting to see my artwork down Main Street in the upcoming summers. I am hoping the community will like it just as much.”

As a graphic designer, Stoufer said he used Adobe Illustrator to create his entry. He submitted two for consideration.

“I didn't approach either design with 'seasons' in mind,” he said. “I wanted to showcase some really great buildings we have in our town. The banner chosen is of Library Square and I am happy the judges chose that design for summer. Each design could only have three colors, so I had to look at the library and figure out where the colors could go to be able to display the features of the building and to display the water fountain.”

Gabrelck entered the banner design contest because her parents encouraged her to do it. Like her fellow designers, she said it felt good to be a winner. Her banner design features RiverSong Music Festival. She chose it because it reminded her of Hutchinson during the summer.

As far as the $50 cash prize goes, Gabreick said she plans to save it.

Froemming hedged her bets by entering five designs — two in the spring category, one for summer and two for fall.

"I entered the banner contest because one of my favorite hobbies is to make homemade cards and I thought this would be like making a giant card," she said. "I also see the banners each day when I deliver the mail to the businesses on Main Street."

All of the banners that Froemming submitted were made using paper crafts.

"My daughter Ashley and her husband, Andrew, had just given me some different-sized leaf punches for my birthday in October and I thought I would use my punches to make a fall-themed banner," she said. "The banner consists of falling maple leaves. Since the rules allow the banner to be made using only three colors, I chose a bright yellow background with bright red and bright orange leaves of various sizes."

Froemming is putting her winnings back into the local economy by using her $50 for a massage at a downtown business.

Withers submitted one design to the contest.

"This was my first time entering the contest, but my daughter, Sophia, entered last time and her banner 'Spring Butterfly' was chosen as a contest winner," she said. "Of course I was surprised that I won, and I was even more humbled when I found out that there were 75 entries."

When Withers started working on her design, she thought about her favorite season: fall. One of the reasons she loves living in Minnesota is being able to witness the changing of the seasons.

"I love all the beautiful colors of the leaves in fall," she shared. "I wanted to capture the movement and color of that in my banner."

The Hutchinson native said she was honored to be chosen, not only because her design was selected from so many "amazing" entries, but also because she's a "homegrown Hutchinson gal."

"I have grown up here, worked here, and now have my own family here," she said. "Hutchinson is a part of me, and I am excited to share my talents with my community!"

Lisa Bergh, executive director of the Hutchinson Center for the Arts, said the banner contest entries will be on display through February.

Last week, Bergh packed up the six winning designs and headed to the printer, where they will be adapted to translate into banners and printed. The new artwork is expected to grace Main Street started in the spring.

The project was made possible through the selling of sponsorships. A total of 56 local businesses participated.

"I am grateful to all the local sponsors," Bergh said. "Banner sponsor slots sold out very quickly."

What: View the 75 banner designs

Where: Hutchinson Center for the Arts, 15 Franklin St. S.W.