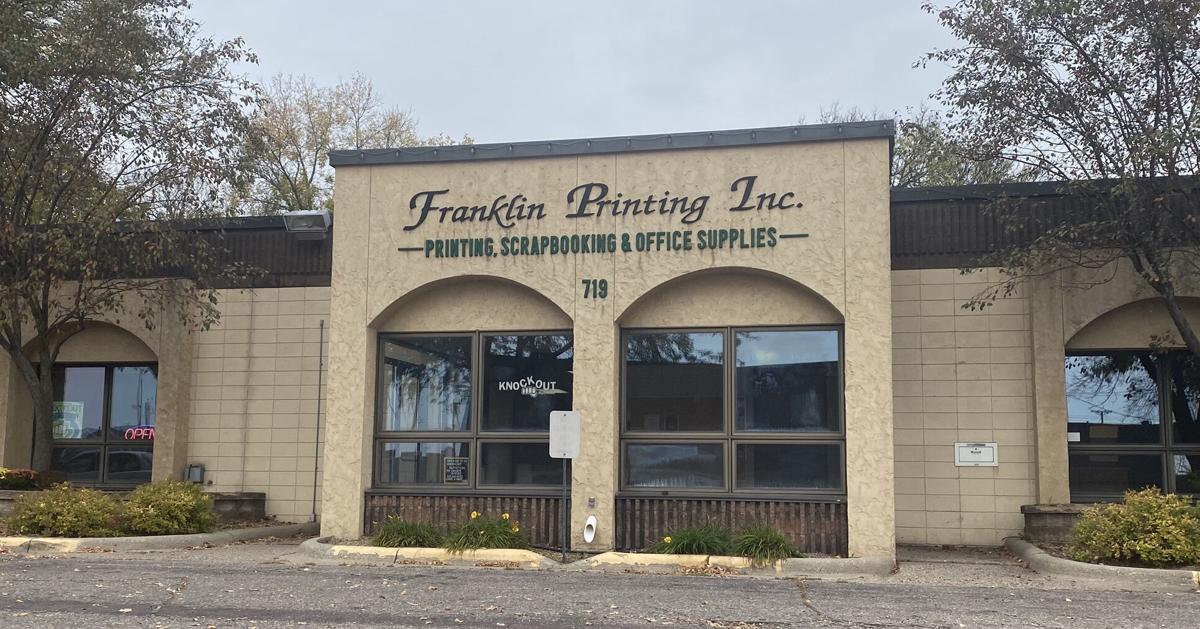 From Oct. 20-27, the McLeod Emergency Food Shelf in Glencoe will be closed as it transitions to its new building at 719 13th St., the former site of Franklin Printing. The food shelf will reopen at its new location Thursday, Oct. 28.

From Oct. 20-27, the McLeod Emergency Food Shelf in Glencoe will be closed as it transitions to its new building at 719 13th St., the former site of Franklin Printing. The food shelf will reopen at its new location Thursday, Oct. 28.

The Glencoe site of the McLeod Emergency Food Shelf is on the move. For the first time in 21 years, the food shelf is changing its location. Its home has been at 808 12th St. Later this month staff and volunteers will pack up and move across the railroad tracks and along the highway to 719 13th St., the former site of Franklin Printing. During the change, the Glencoe site will be closed Oct. 20-27 and will reopen Thursday, Oct. 28.

For the first time in its existence, the food shelf will own its own building. The nonprofit closed on the purchase Sept. 30. Thanks to generous legacy bequests, it was able to buy the building outright without a mortgage.

“We needed to create space for the mobile program and also expand the Glencoe location because of refrigeration needs,” said Lennie Albers, executive director of the McLeod Emergency Food Shelf. “A large portion of our food rescue is perishable — produce, vegetables, fruit, meat, dairy, deli items. We are moving from about 1,600 square feet to the new building with a total of a little over 8,000 square feet. We’ll only pick up about 6,000 square feet. There is a renter in the other half.”

The new site will be home to the business office, Glencoe food distribution site and home for mobile outreach.

“We’ll definitely be able to store more and distribute more and quicker,” she said. “We will maintain our equitable standards across both sites. Folks will have the same experience at either sites, similar options, same amount of food. We’ll definitely have more space to take larger food donations without question.”

At present, there’s no exact date for the mobile site to move from Hutchinson to Glencoe. It will depend on when refrigeration becomes available.

While a new site had been needed for some time, it was added to the nonprofit’s 2020 strategic plan.

“It’s been an item we’d been looking to address and opportunity presented itself,” Albers said. “We had done some other location looks. It’s the perfect site.”

Before the move, a few upgrades and freshening of the new space is taking place. According to Albers, a big piece of that is the refrigeration — walk-in coolers and freezers — as supply allows the food shelf to get it. It’s available, but delivery is unpredictable.

During the COVID-19 pandemic, the food shelf reported a dip in usage. According to Albers, that has since changed.

“We are back on track with pre-COVID levels,” she said. “During COVID there were many ways support was offered — mass food distributions, increase in benefits and financial support. Our numbers went down due to stay-at-home orders. People were not moving around as much at the height of the pandemic. Now with people moving around again, we’re cruising back up to our regular 2019 levels.”

The food shelf’s new mobile site — “Shop the Bus” — was launched in August 2020. So far, there’s not a lot of data to study. Albers said they’re not comparing numbers yet, but it’s doing well and being accessed.

While retail outlets across the United States speak of shortages and lack of staff, at the food shelf it’s business as usual. With COVID relief, Albers said emergency food was available. They embraced what they could and managed their resources.

“It’s always about what’s coming and what kind of space is available?” she said. “How perishable is it? How quickly does it need to move? We’ve been low on items between the two sites. We can share, plus we have access to the food bank for more food. We have to act quickly and that’s hard to do when you’re receiving and shopping.”

The food available at the food shelf sites comes from Second Harvest Heartland Food Bank in the Twin Cities, as well as donations such as the upcoming HAY Ministries Trick or Treat for the Food Shelf Wednesday, Oct 28.

“We’re definitely looking for all the variety with the Halloween drive,” Albers said. “It’s fabulous. To my knowledge last year was the highest, with right about 12,000 pounds of food.”

Cash donations are welcome throughout the year. They help pay for deliveries. If Second Harvest is low on something, eggs for example, the food shelf will purchase them at local grocery stores. It also uses cash donations to pay utilities, staff and rent. There’s also additional expenses with the mobile outreach program — more staff, more food and bus maintenance.

Albers credited the food shelf’s ability to pivot as needed to its staff of one full-time and seven part-time workers, plus approximately 65 volunteers.

“We have great volunteers,” she said. “They work hard, they work fast.”

Interested in volunteering? There is a form on the food shelf’s website that can be filled out and emailed to Albers.

Albers expects an uptick in usage during the holidays because money is going to other things than food, such as heating, utilities and so on.

In addition, beginning in December through April, the mobile program will follow a pre-order system.

“Grocery lists will be distributed going forward to people shopping in November,” Albers said. “Starting in December, we’ll deliver pre-packed pre-orders. We’re tweaking it slightly and there’s an option online to place mobile orders and select the spot where they will be picked up.”

This change is being implemented due to Minnesota’s winter weather. Snow can come at anytime and it’s difficult to predict the condition of parking lots.

Masks are not required for in-person shopping. For those who prefer, curbside pick-up is available.

While the McLeod Emergency Food Shelf is changing, one thing that remains the same since its founding in 1983 is its mission. It continues to be committed to welcoming and supporting diversity, equity, and inclusion in all aspects of its service to the community.

“It’s awesome work,” Albers said. “There are so many people who make it happen. I certainly do not work alone.”

For more information, visit mcleodemergencyfoodshelf.org or its Facebook page.