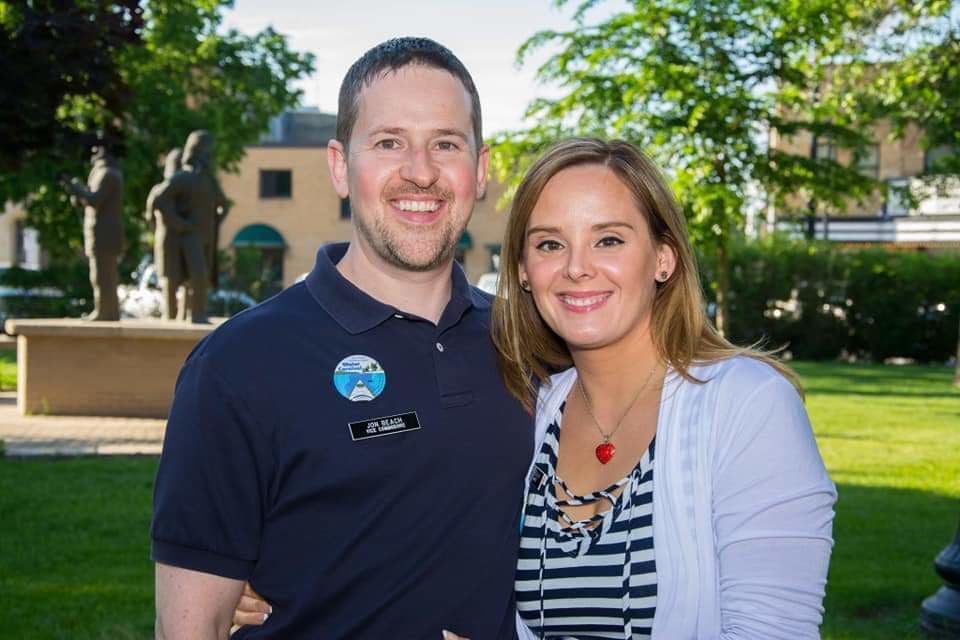 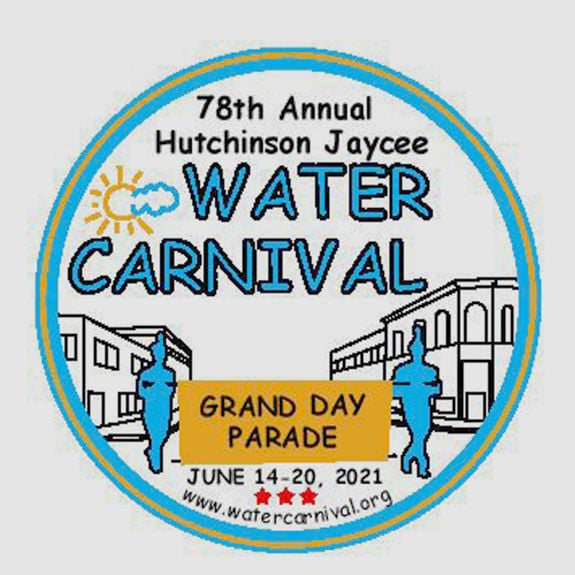 In the movie “Groundhog Day,” Bill Murray plays a cynical TV weatherman who finds himself reliving the same day over and over again. Hutchinson Jaycee Water Carnival Commodore Jon Beach and his First Mate, Laura, and Vice Commodore Ryan Elbert and his Second Mate, Sam, can relate. It was about this time last year, the two couples and Water Carnival Committee members faced the beginning of COVID-19 pandemic stay-at-home orders and the uncertainty of what would follow.

“It was normal up to April 2020, that's when everything changed,” Jon said. “We had a lot of planning for the 2020 event completed, planning essentially starts in January.”

With the virus spreading throughout Minnesota, the end result for the 2020 Water Carnival was a stripped down event without all of its usual bells and whistles.

The uncertainty about COVID has continued into 2021 Water Carnival planning and has resulted in fewer volunteers stepping up.

“We have our committee entirely picked out by the end of November,” he said. “A lot of people were uncertain in January. I guess the biggest thing was how many events do we dare plan? How many would you want to cut? That was the biggest thing. We knew we had to book everything and plan a full Water Carnival and a Plan B at the same time.”

“We're covering for the roles and chairs that aren't there,” Laura added. “I hope it will change next year when COVID isn't in the forefront.”

With 2020 in the rearview mirror, the Water Carnival Committee is moving full steam ahead with activities June 15-20. While many activities will remain the same, there are changes, too.

For supporters of the longtime summer festival, the fun begins on Button Night, which is 12:30-3 p.m. Sunday, May 23. Rather than the Royal Family going door-to-door to sell buttons, which has been the traditional model, they will be sold at the Fairgrounds and at be pop-up shops this year. According to Jon, it will be similar to what the Girl Scouts do, selling cookies at Walmart and Cashwise. Check the Water Carnival Facebook page for locations.

“While door-to-door sales are the tradition, it is labor intensive,” he said. “With fewer volunteers on the committee, we're looking to be more efficient. We'll find some sponsors willing to help. Buttons are $3 and if people are interested, both versions of the 78th Water Carnival button will be available — the 2020 version and 2021 version. It's kind of collector's item. We'll sell the two for $5 as a matched set.”

The couple sees buying a button as a great way to support the festival.

“It's a small donation people can make,” he said. “It's extremely helpful. It goes to the Water Carnival general fund.”

It's not surprising with the uncertainty surrounding COVID-19 that some events are changing this year. For starters there won't be a Music in the Park concert on the Monday of Water Carnival Week. In the past, the first medallion clue was posted on Monday, followed by the evening's festivities, which included the Royal Family and the first public introduction of the queen and junior royalty candidates. (With safety in mind, fans of the summer outdoor music series will have to wait until August when Music in the Park returns for a shortened season.)

Due to these changes, Water Carnival Week begins with the third annual disc golf tournament Tuesday, June 15, at Ridgewater College.

Things kick into high gear on Thursday when activities move to the Crow River with the boat parade at 7 p.m. If you like a side of music with your outdoor activities, gather at the RiverSong Stage for Andy Austin. The popular entertainer returns 7-10 p.m. The evening ends with a cavalcade of color as fireworks explode over the riverfront.

Friday brings back the well-known Teddy Bear Band. It's bears in the air at noon in Library Square (rain location is the Rec Center). The pageant, which features the announcement of the new Mr. Hutchinson and Hutchinson Woman of the Year and showcases the talents of the queen candidates, is 7 p.m. Friday at the Hutchinson High School Auditorium.

“The pageant and coronation will be done the same as in the past,” Jon said. “We'll have to follow the school district guidelines. We're not completely sure of the seating capacity of the auditorium in June. When we reserved it was 50%.”

Also in a change from past years, there will be no Run by the River. In its place is the returning Tiger Time Challenge 7:30 a.m. Saturday, June 19, at Hutchinson High School athletic fields.

From there, activities move to West River Park for Community Day, which features the Kiddie Day Parade, Junior Royalty coronation and an afternoon of activities for all ages.

“One of our main priorities is Saturday events,” Jon said. “It's Community Day now instead of Kiddie Day. That's been a huge priority from the start. We knew it was the day we wanted to prioritize and expand to reach the largest possible audience. We've been planning around the weekend primarily that will impact the community the most.”

One of the things people can look forward to is “Tricia and the Toonies,” a children's show on the RiverSong Stage, which features high-energy music, comedy, colorful puppet characters and lots of audience participation.

“It's really going to be a tremendous day,” Jon continued. “The beanbag tournament will be underway. There will be a lot of things happening around the same time at West River Park. Josie Sanken is performing during the afternoon, food trucks will be there and both 3BC (Bobbing Bobber Brewing Co.) and Crow River Winery will be there as well. I just talked to Dan (Hart, owner) at 3BC, he promised we'll have plenty of root beer for root beer floats on Thursday and Saturday.”

There will be inflatables, too. The couple said in 2020, they had planned to have the biggest and best inflatables for Water Carnival. As we know, that didn't happen, but fortunately, the committee was able to move their deposit forward to this year.

“This company was very understanding and we'll have three different inflatable setups, all completely free for kids,” he said.

Saturday night winds up with the Queen's Dance at 8:30 p.m. at the Crow River Golf Club.

While Sunday, June 20, is Father's Day, many people have spent it enjoying the Grande Day Parade, which returns this year. It begins at 1 p.m. in downtown Hutchinson and wind its way through the city.

The crowning moment of Water Carnival week is the pageant at 7 p.m. Sunday at Hutchinson High School Auditorium. It's when the Royal Family shares their memories and the new Miss Hutchinson and Princess are crowned.

The week ends with a grand finale of fireworks at 10 p.m.

While serving as commodore and first mate has been full of surprises for Jon and Laura Beach, both said it was very much worth the effort.

“I think, for us, probably the most memorable thing we'll take away from it is the relationships and the incredible Water Carnival Committee we have in Hutchinson," Jon said. "I think seeing the people around us, volunteers with families and jobs who planned events in 2020 and saw them get postponed and then come back do it again.”

“My parents always said if you want to change something you have to work for it,” Laura added. “I wanted my boys to know you can put a lot of work and effort into something and it can feel like a failure, but in the end, it's a success because all the people who worked together. When you have thousands of people show up for a parade, that's pretty rewarding. That's a win.”