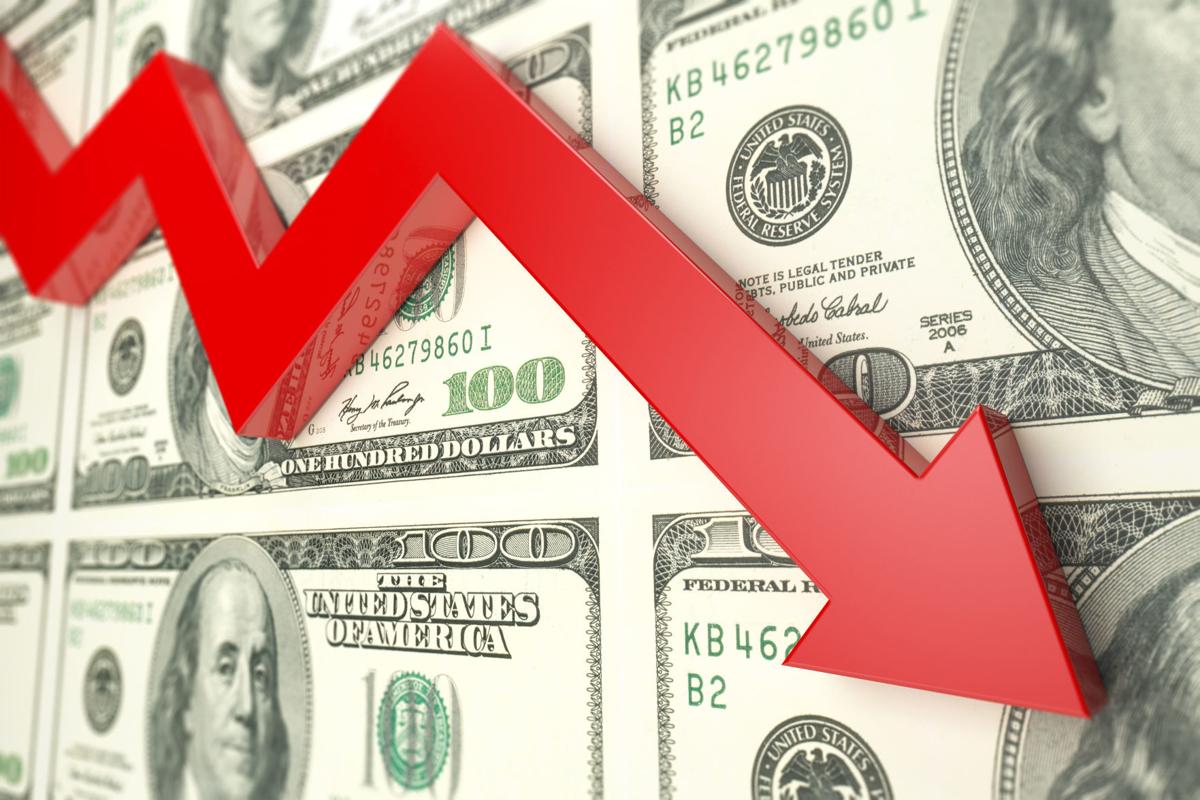 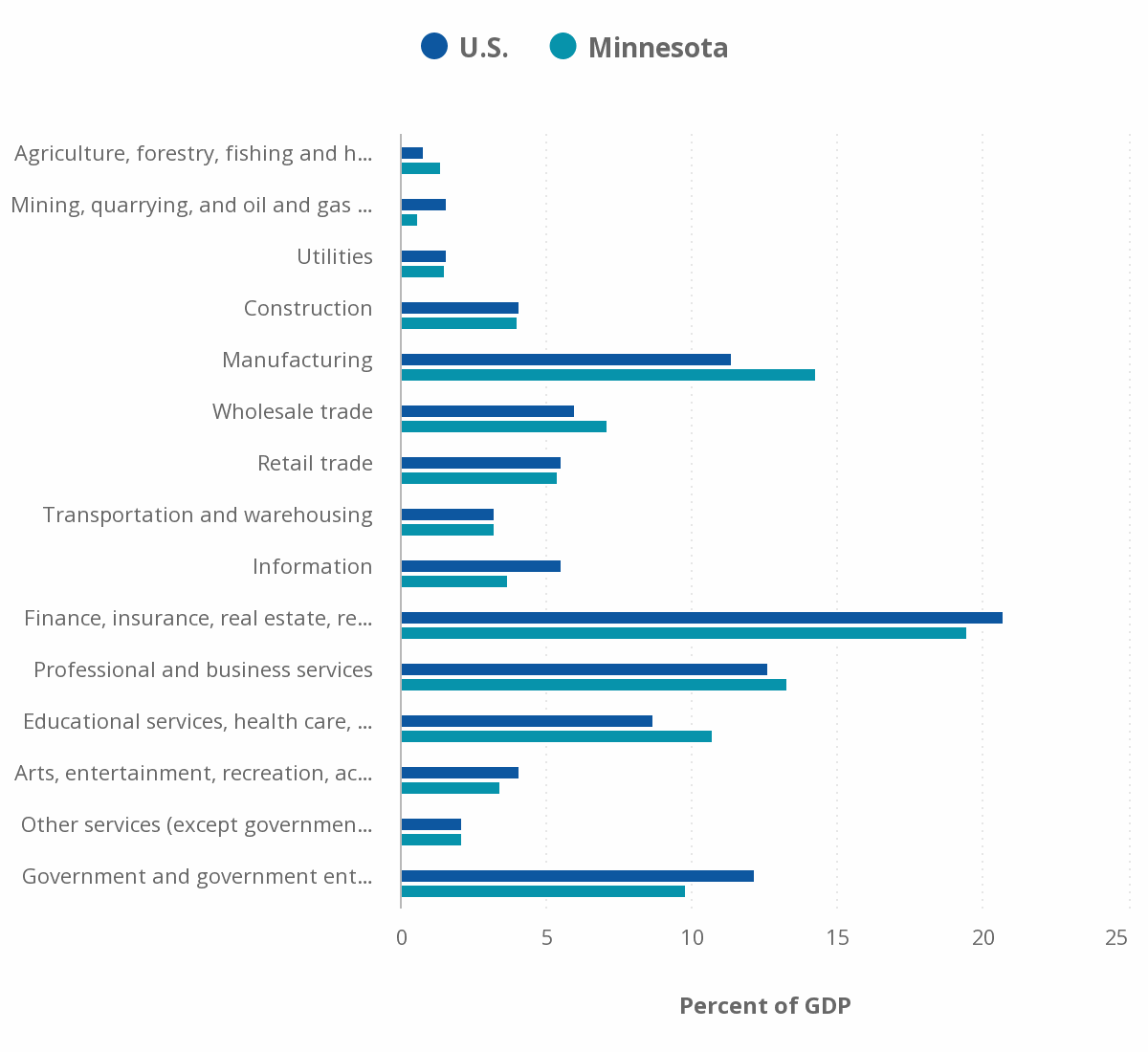 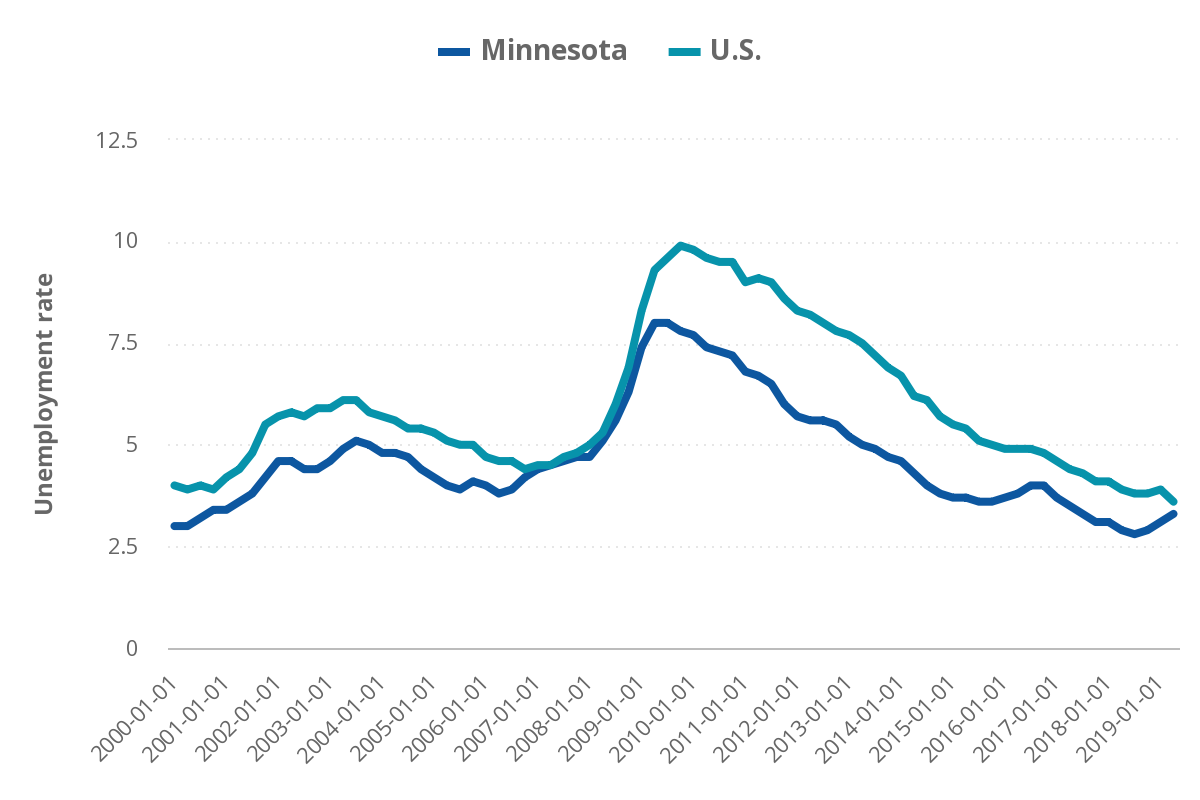 The U.S. economy might be on its way toward a downturn.

It’s somewhat inevitable. The economy tends to have ups and downs, and while we’re in the midst of the longest economic expansion ever, these things usually don’t last forever.

Predicting if and when the economy will slow down is difficult, but economists are seeing signs in the bond market that it could happen soon (you might have heard of the inverted yield curve — that’s what they’re talking about).

If the economy does take a downward turn, it’s likely that’ll hit some places harder than others. What would a recession mean for Minnesota?

Generally speaking, Minnesota is poised to weather recessions better than some states, experts say, because its economy isn’t overly reliant on any one industry. In fact, Minnesota’s economy closely mirrors the U.S. economy as a whole, with output spread throughout sectors, though there’s some concentration in industries such as finance, insurance, real estate rental and leasing, and business and professional services.

“When you have a diverse economic base like we have, it gives you some resilience during downturns,” said Laura Kalambokidis, Minnesota state economist. “If any single industry is contracting, another industry might be able to pick up those workers.”

If a recession does come to the U.S., there’s no indication it’ll be as bad as the one in 2008, said Mark Wright, senior vice president and director of research at the Federal Reserve Bank of Minneapolis.

“Look at states where they have a concentration of activity or employment, those are areas where they might be vulnerable if that is the industry that’s contracting during a recession,” Kalambokidis said.

But just because Minnesota’s economy is broad-based doesn’t mean the state is immune to economic downturns, Kalambokidis said.

And if, as some economists predict, the next recession comes from external factors, such as slow growth in other countries and tariffs, Minnesota could take a hit.

Compared to the U.S. as a whole, Minnesota is slightly overrepresented in manufacturing and agriculture, forestry, fishing and hunting industries, which rely heavily on exports.

An inversion in the yield curve like we’re currently seeing suggests investors are nervous about a future recession.

While such inversions aren’t a surefire sign of a downturn, they’re a pretty good predictor. But it sometimes takes a while for recessions to happen after a yield curve inversion.

Wright said he’ll be watching the yield curve for signs of further inversion. Other concerns would include a slowdown in consumer spending — a sign people are worried about the future — and slowdowns in hiring.

Still, these things are tough to predict, especially because much of the data lag a few months, making it difficult to tell what’s going on in the economy right now.

“It’s usually the case that the data’s a little murky,” Wright said.