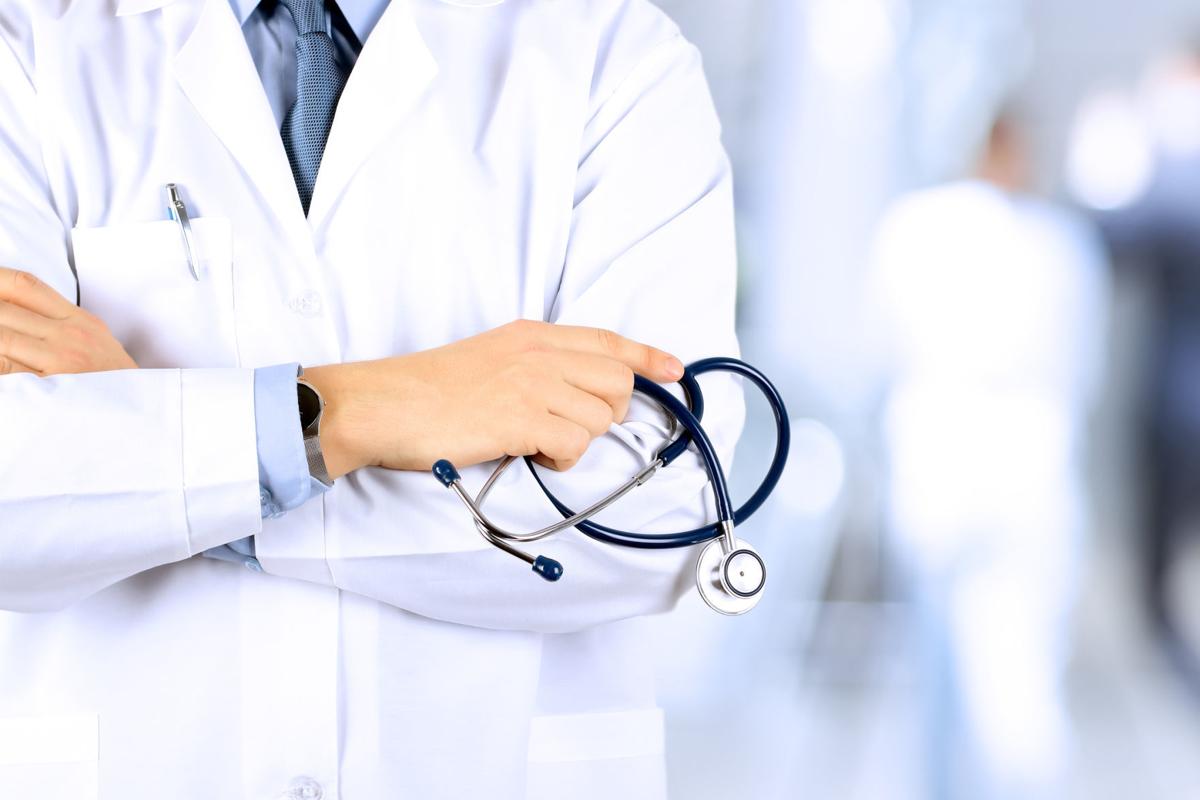 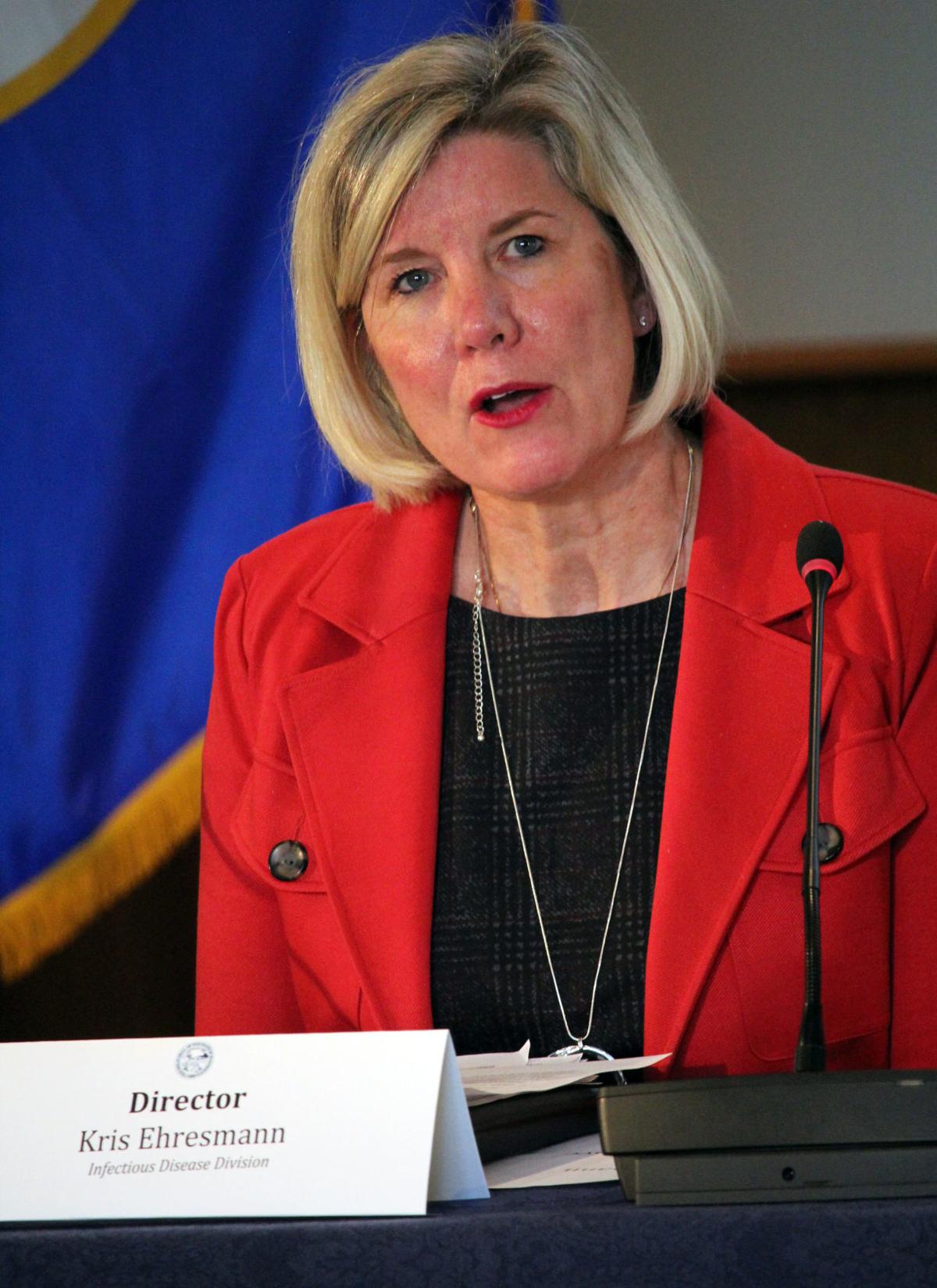 Kris Ehresmann, director of infectious disease for the state Department of Health, discusses Minnesota’s known COVID-19 cases Friday, March 20, during a news conference at the Department of Revenue offices in St. Paul.

Kris Ehresmann, director of infectious disease for the state Department of Health, discusses Minnesota’s known COVID-19 cases Friday, March 20, during a news conference at the Department of Revenue offices in St. Paul.

Minnesota likely has more than 10 times as many coronavirus cases than the official numbers reported, health officials said Saturday.

In fact, it’s possible the state has 100 times more COVID-19 cases, according to the state’s top infectious disease official.

That would mean it’s possible that close to 14,000 Minnesotans have been or are currently infected. Presumably a large portion have mild or even nonexistent symptoms, but could still be spreading the virus.

“Obviously, tenfold sounds like a lot, but it could be as high as 100-fold,” said Kris Ehresmann, director of infectious disease for the Minnesota Department of Health, on Saturday. “That’s why it’s so important to take the community mitigation seriously.”

Ehresmann’s remarks, in response to a reporter’s question, signify the way health experts here and across the nation are viewing the pandemic’s spread as governors and others consider placing the most severe restrictions on society since World War II.

Their vision acknowledges a feature of many pandemics, but one that is especially so in the current state of America: The shortages of testing, both for the infected and the healthy, has led to a dearth of data that has resulted in the public routinely digesting numbers that are far below the reality of the virus’ infiltration.

Officially, Minnesota had 262 confirmed cases as of Tuesday, including its first death on Saturday. Emphasis on “confirmed.” Those are only the cases the state can verify via laboratory testing. Those are the numbers the CDC receives.

Each day around 11 a.m., the Department of Health releases the latest results from testing at state and private labs, and those numbers top the agenda in an afternoon conference call with journalists. Ehresmann and other officials routinely emphasize the actual numbers of infected are greater. She’s uttered “tip of the iceberg” at least twice in recent days.

Nonetheless, those official numbers often lead the evening news and are featured in headlines in newspaper and online stories.

But the numbers are limited by how much testing is actually being done.

For a number of reasons — from federal delays at the onset to global supply chain interruptions last week — testing has been relatively scant.

In Minnesota for the past week, tests have been rationed for only those in highest need: medical workers, hospitalized patients, and residents of communal living facilities, especially nursing homes.

And, Ehresmann acknowledged earlier this week, even some in those groups have been denied tests. The situation has led to a backlog of samples that have been frozen. Some 1,700 samples sat frozen at one point last week.

In the meantime, statisticians and epidemiologists have resorted to forecast models that take known properties of the virus — often drawn from countries that have employed far wider testing — and try to figure out how widespread the virus really is, and what it will do next.

The models are based on assumptions that are inherently uncertain, experts caution. As they predict the future, they attempt to allow for “community mitigation” measures, such as social distancing, business and school closures, and other measures, bringing in more uncertainty.

One model released Friday by Columbia University suggests that nationwide, there are 11 times more cases than the figures officially reported by laboratory-confirmed tests, according to the New York Times, which provided Columbia researchers its own database of every reported case. Researchers used Census data and travel patterns before the outbreak to reach some of their conclusions, the paper reported.

The conclusions supported the notion that the time to enact stringent measures — perhaps including sheltering in place — is closer than the official numbers might suggest.

The model shows the virus rapidly becoming widespread along the coasts, peaking in May, before it envelopes the midsection of America, including Minnesota. It suggests a narrow window for Minnesota to enact strict measures to reduce the degree to which hospitals are likely to be overwhelmed in the coming months. It remains unclear how Minnesota’s current restrictions might be faring.

Minnesota officials have been developing their own model, and on Saturday Health Commissioner Jan Malcolm said they hope to have some projections available “next week.”

Minnesota’s modelers, she said, are grappling with the fact that “we don’t have that much data,” and are turning toward other indicators, such as reporting of flu-like illnesses, and hospitalization numbers.

Malcolm noted that the lack of data from testing shouldn’t change anyone’s behavior. People should heed the current restrictions, and as the pandemic grows, the advice remains the same: If you’re sick with symptoms like fever or cough, contact your doctor and quarantine yourself at home unless you need medical assistance.

Ehresmann noted that as Minnesota’s hospitalization and death toll mounts, that will provide modelers with data that will help them project how widespread the number of infected people really are.

As an area progresses deeper into a pandemic, testing becomes less useful, as it’s assumed the virus is everywhere, and treating the sick becomes paramount.