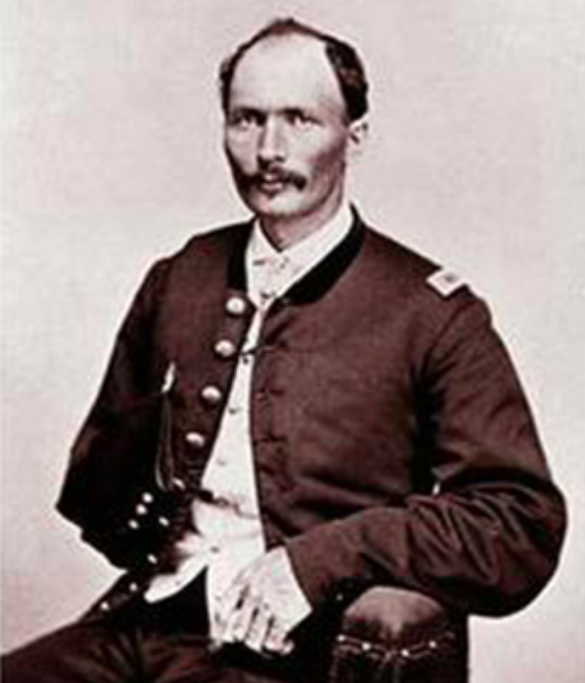 Army 1st Lt. Axel H. Reed, a Glencoe Medal of Honor recipient, went from being a Union prisoner to a war hero who sacrificed his arm in battle. 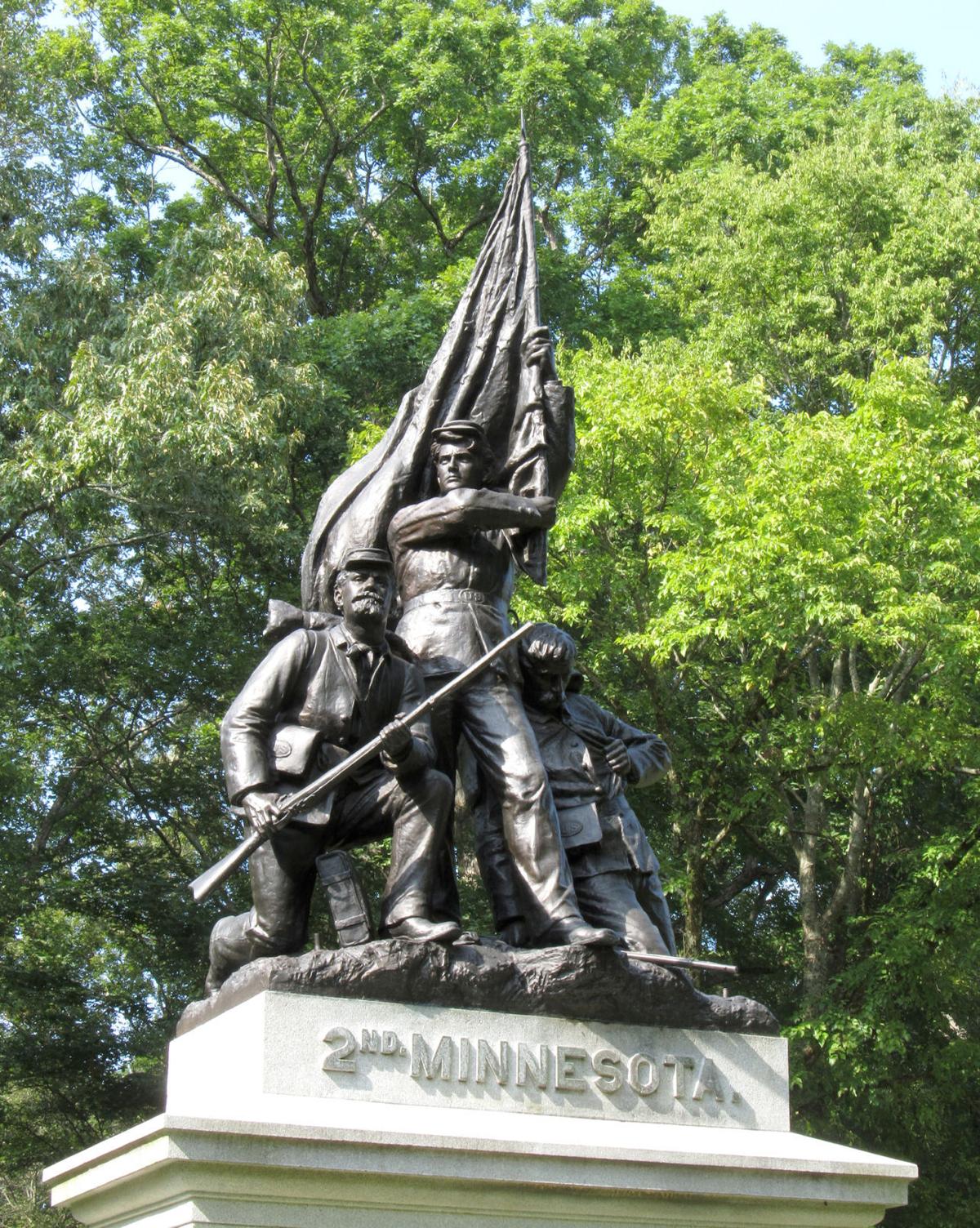 This Second Minnesota Regiment monument stands on Snodgrass Hill of the Chickamauga, Georgia, battlefield, where Sgt. Axel Reed redeemed himself in battle with the Union Army. This crushing Civil War defeat on Sept. 19, 1863, of the Union Army under Gen. Williams Rosecrans by the Confederate Army under Gen. Braxton Bragg would have been worse if not for the stout defense here by Gen. George Thomas, “The Rock of Chickamauga.”

“I spent the last night in the guardhouse, a prisoner for the first time in my life,” Axel Reed wrote in a journal entry dated July 24, 1863. “The sympathy of the officers seems to be with me, and while I have that, I feel sure I have done nothing wrong. I am permitted to go to my quarters without guard. There is a day of retribution coming.”

Orderly Sgt. Reed had been arrested for questioning a superior officer who was giving Confederate deserters rations that belonged to the Union Army. Reed’s duty was to oversee the distribution of rations to his men, yet found their rations to be substandard. Though Reed had a valid argument, he was under guard until he could appear before a court martial.

The weeks passed with no court martial. Reed marched with the regiment toward Chattanooga, where troops were amassing on both sides. Earlier that summer both armies clashed at Gettysburg. The Union came out of the battle victorious, and the tide of the war was turning in its favor. On the Confederate side, many were beginning to see defeat in sight and were beginning to desert.

“Have been down to the river and heard our boys talk with the rebels,” Reed wrote in a journal entry dated Aug. 22, 1863. “They keep up a continuous conversation by mutual agreement, not a shot is fired. … Three rebels came over yesterday and wish to stay. … Forty rebel deserters, it is said, came over today.”

By mid-September, Reed still awaited his trial by court martial and was still under guard. Under the command of Union Gen. Rosecrans, Reed and the rest of his regiment found themselves 13 miles from Chattanooga and near Chickamauga Creek, where a battle was being staged. Though still under arrest, Reed begged his guard to let him join the battle, which he did without a weapon.

“At ten o’clock the rebels advanced on us. … I had no gun when I went in, as I was under arrest, and deprived of a gun and accoutrements, but one that belonged to the first man that was wounded, and that he had been using, I got it and made the best use of it I could,” Reed wrote in a journal entry dated Sept. 19, 1863. “Our brigade formed in double column and moved forward a half mile for support. … Heavy artillery firing commenced which soon brought on heavy musketry. Cannon balls nearly all passed over our heads, some striking close to us … balls whizzed over our heads like hail, not a man could remain unhit had he been standing up. … The sound of cannon and musketry was terrific. Shell and shot were flying through the air in all directions, with all the hideous sounds imaginable. … Sgt. Pomery of my company laid about six feet from me. I saw him just as a ball struck him in the top of his head. He raised his head a little, gave a groan, and his face dropped upon the ground as he lay quivering. … The groans of our own and wounded lying in close proximity was terrible. … It was a horrible sight to look at the men of my own regiment, lying in line just as they were shot. Sgt. Pomeroy, Cpl. Metzger, and little Johnny Cutting lay there within 10 feet of each other just as though they were sleeping. … The groans of the rebel wounded in our front was awful.”

Shortly after the battle of Chickamauga, Reed was relieved of his prisoner status and allowed to resume his duties. With his regiment, he took part in the Chattanooga campaign that unfolded through much of October and November 1863.

On Nov. 15, Reed led a company from his regiment to overtake a Confederate position on Missionary Ridge. He was one of the first men to overtake the enemy lines. He captured the enemy cannons and turned them around to fire on the Confederates.

A short while later, Reed came across two Confederate soldiers and demanded they surrender. They refused and Reed fired his weapon at them. While trying to reload, Reed was shot in the arm, which later had to be amputated. He could have been discharged from the army but refused. In a journal entry shortly after his amputation he wrote, “I returned to camp about 4 o’clock to draw a day’s ration for the men and take out to them. Rainy and signs of a bad night.”

The last sentence was written with his right hand.

To be continued. Click here to read Part 4 of this column series.