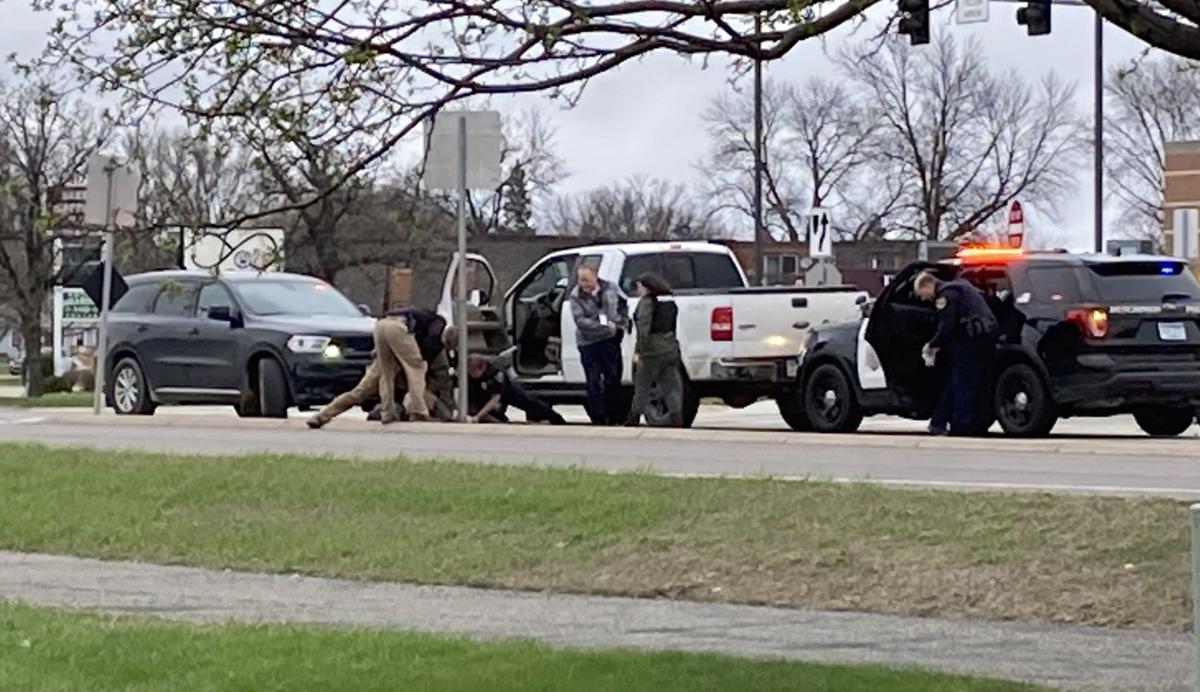 A 61-year-old Hutchinson man was arrested near the intersection of South Grade Road and State Highway 15 following a short pursuit and assault on a police officer. The incident started when police were called to Menards for a man who assaulted an employee over a disagreement about wearing a mask. 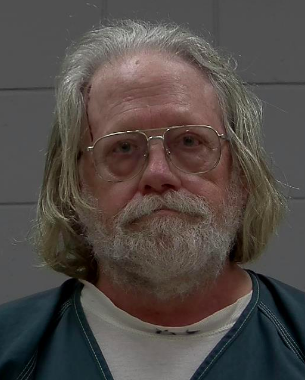 UPDATE: This story has been updated with new information as of 4:04 p.m. Friday, April 16.A dangerous police chase Wednesday on State Highway 15 South in Hutchinson began when a 61-year-old rural Hutchinson man refused to wear a mask in Menards.

The criminal complaint against Luke Alvin Oeltjenbruns alleges that he ignored multiple law enforcement commands and led police on multiple pursuits in the area of the Hutchinson Mall, South Grade Road and Highway 15. The incident culminated in a scene that’s gained national attention, with Oeltjenbruns ramming police vehicles and taking off at a high rate of speed while Hutchinson police officer Steve Sickmann hangs onto the driver’s side door, his arm trapped in the window.

“It’s extremely dangerous. I can only imagine what was going through (Sickmann’s) mind at the time. He could have been killed as a result of this,” Hutchinson Police Chief Tom Gifferson said during a press conference Friday, during which he and McLeod County Sheriff Tim Langenfeld provided more details of the incident.

It began around 1:50 p.m. when police were dispatched to Menards, where Oeltjenbruns, who has no prior criminal record, had refused requests to wear a mask. When told he could not purchase items without a mask, he refused and began to leave the store without paying. Oeltjenbruns then allegedly assaulted an employee who attempted to stop him.

“He actually had pieces of floor trim, and that is what was used,” Langenfeld said. “He jabbed at the employee with a piece of that, and then swung at him. (The employee) was able to get that away, and then (Oeltjenbruns) used his hands. … and assaulted the employee in the head and face area.”

Langenfeld said the employee suffered minor injuries, including bruising and a headache.

Sickmann was the responding officer who took the description of Oeltjenbruns and his vehicle from Menards employees, and another officer spotted the vehicle in the Walmart parking lot and attempted to make a traffic stop, leading to a low-speed pursuit around the Hutchinson Mall area.

Oeltjenbruns allegedly continued to ignore commands from law enforcement, but was speaking to Sickmann through his window, which was partially rolled down. Believing the driver was not going to come out, Sickmann attempted to open the door from inside the vehicle, at which point Oeltjenbruns rolled the window up and trapped the officer’s arm.

“Then he began ramming the vehicles in front of him and behind him, and was able to get his vehicle free from that containment,” Gifferson said.

After ramming through the squad cars, Oeltjenbruns sped north with Sickmann still trapped in the window and standing on the driver’s side running board.

When the vehicle was stopped again at the corner of South Grade and Highway 15, Sickmann freed himself from the window by smashing it with his rescue hammer.

“At that time (Oeltjenbruns) was able to gain possession of the hammer … and struck officer Sickmann on the head,” Gifferson said.

Sickmann was able to get the hammer away from Oeltjenbruns and clear the scene as other officers made the arrest.

Sickmann, a 31-year veteran of Hutchinson Police Services, was taken to the hospital and treated for his injuries, which include eight metal staples to the top of his head, as well as severe bruising and abrasions to his arm. He was later released from the hospital and is recovering at home. Gifferson said he recently visited the police station and seems to be in good spirits.

“Steve’s just a modest guy who comes to work and does his job every day, and at the end of the day wants to go home safely,” Gifferson said.

Oeltjenbruns was taken to McLeod County Jail and has been charged with one count of first-degree assault for the assault on Sickmann, two counts of second-degree assault, and one count of fleeing a police officer in a motor vehicle. Bail was set Friday at $100,000 cash or $500,000 bond.

Sheriff Langenfeld thanked members of the community for their cooperation, as the sheriff’s office has received video and statements from several witnesses that have aided its investigation.

Gifferson reiterated that he was glad the incident was able to conclude without greater harm to anyone involved, including Oeltjenbruns.

“We just want everybody to go home safely,” Gifferson said. “So we just want to make sure that we’re using the appropriate amount of force and making sure we don’t exceed that.”